A little bleary eyed this morning after staying up to watch the Oscars last night. It broadcasts pretty early here on the West Coast but, due to some live video pausing so I could eat dinner and deal with bedtime, I was up a little later than expected.

Note to self: Next time don’t browse Facebook and Twitter while you’re watching a delayed show. It gives away the ending (duh!).

I felt a little more prepared for the Oscars than expected this year thanks to a last-minute double feature viewing of The Help and Moneyball on Saturday night. Sure, Kei and I were useless with the kids in the morning, but at least we managed to sneak in a couple of best picture nominees before the big night. Still haven’t seen the winner but I’m adding it to my Netflix queue.

I actually thoroughly enjoyed this year’s academy awards and even watched some of it with Thomas and Samuel who were equally impressed.

Of course I don’t have any photos of the actual Oscars, so you’ll have to make do with a couple of a much more fashionable ways to wear a cape. In my opinion, they should be reserved for magicians and superheroes. 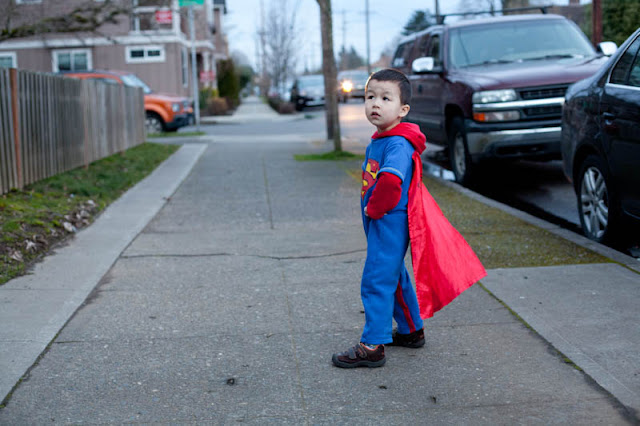 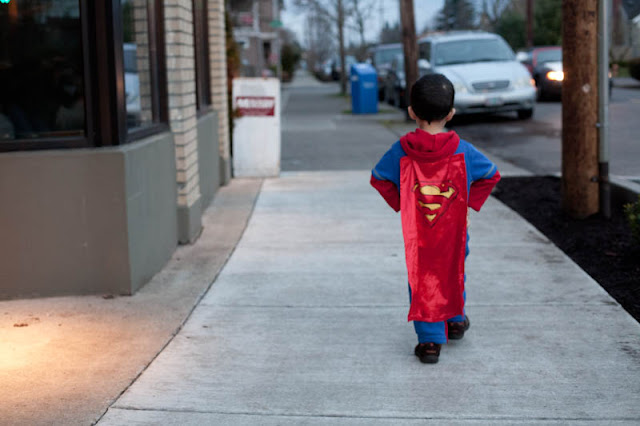