This year we decided to enroll Thomas in Karate lessons. The lessons fall during his after school program at 2:30pm so it has been difficult for me to get away on a Friday and watch him in action. Thankfully he has been very willing to show us his  moves at home, but still it’s not quite the same as seeing him in full “Gi”, the official name for the white shirt and pants. (It’ short for “Karatagi” – I had to look that up).

One thing that was apparent as soon as I started taking photographs is how very small he is when you stand him next to a couple of 4th grade girls. 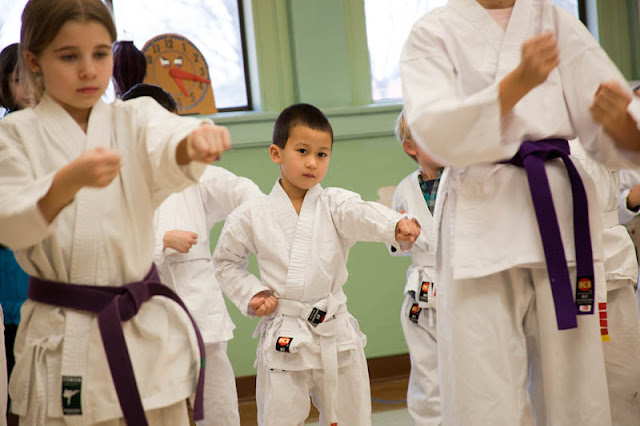 I supposed it’s a good thing he’s developing a few self defense moves if only to protect him from giants. 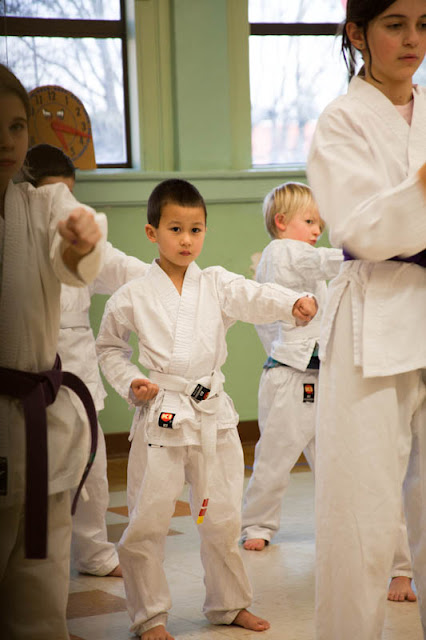 Thankfully there are some kids on his level. 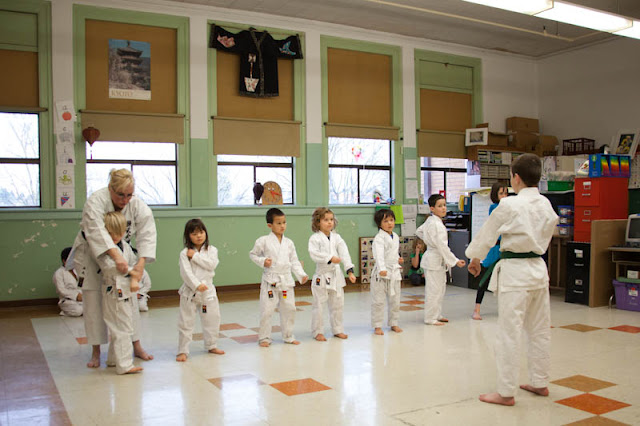 Thomas has told us a few times that he wants to quit Karate. The problem is that it’s during his after school care time and going to Karate means that he misses out on snack time and outside time and basically anything-that’s-fun time. 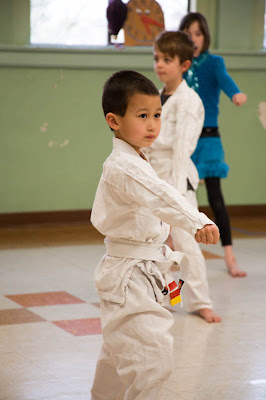 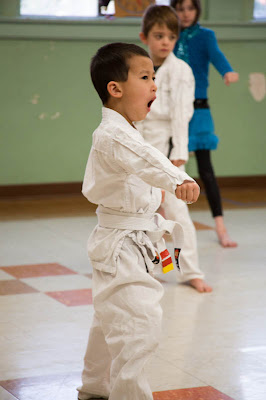 It’s only once a week (although for 90 minutes) and I plan to keep encouraging him to stick with it for a few reasons:

Of course, the only thing that’s motivating Thomas right now is the promise of a yellow belt at his first belt test and a new fascination with Ninjas. 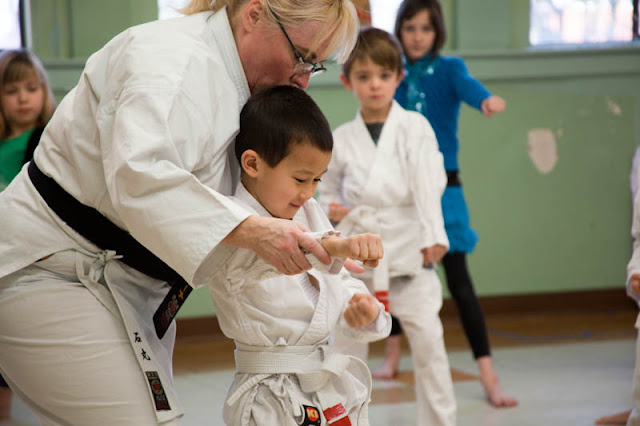 This entry was posted in Motherhood, P365, Photography, Thomas. Bookmark the permalink.