A couple of days ago Mayumi and Karin hit the half way point in their visit – which means they have been staying with us for a whole month.

On the one hand it feels like we have known them forever but, on the other, it feels as though the past month has gone by incredibly quickly. Mayumi and Karin have quickly become part of our family and I am trying not to think too hard about the fact that they will have to go home one day. Still, we will make the most of their visit while they’re here.

So far we have shown Mayumi and Karin around the Portland downtown area, given them a fireworks show, taken them to a local street fair, visited the Japanese Gardens and spent a lot of time at the park and in our own yard.

Last weekend it was time to finally leave the city so we headed into the Gorge for the essential waterfall/Hood River/Timberline road trip. We left the house at 9am and returned at 8pm exhausted, but satisfied with a day well spent. And Kei only had to threaten to leave Samuel by the side of the road once. I’d say that’s one of the hallmarks of a successful outing. 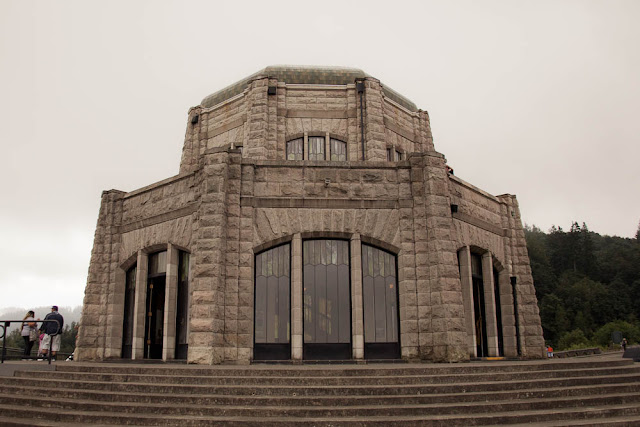 The view was a little hazy but it was beautiful nonetheless. 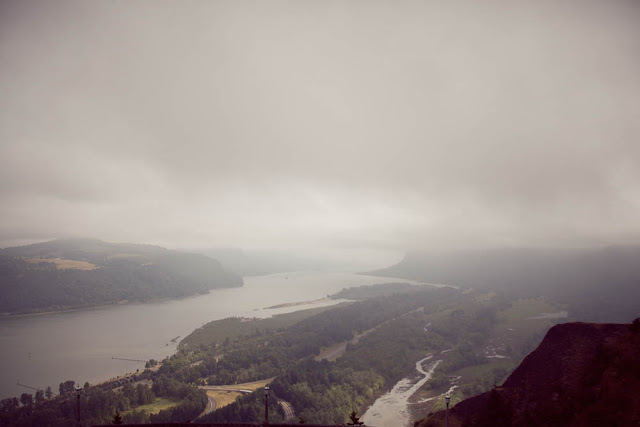 The view inside was arguably even more beautiful. 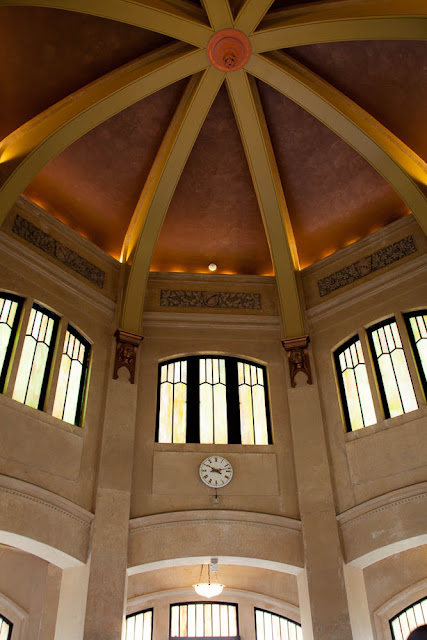 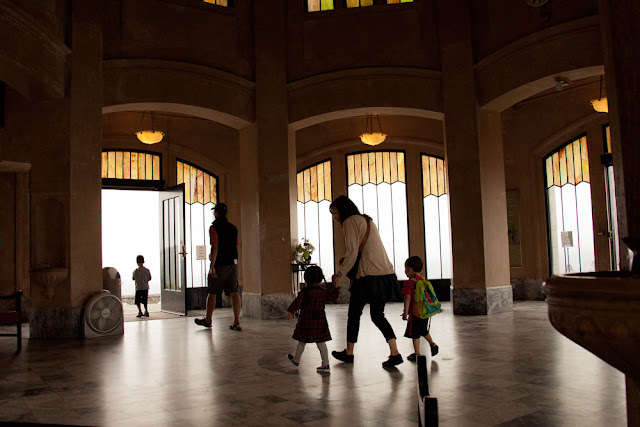 Next, we headed to Bridal Veil falls which required a short 2/3 mile trek into the forest. Of course an easy downhill walk on the way to the falls means an uphill walk while carrying a small child on the way back. 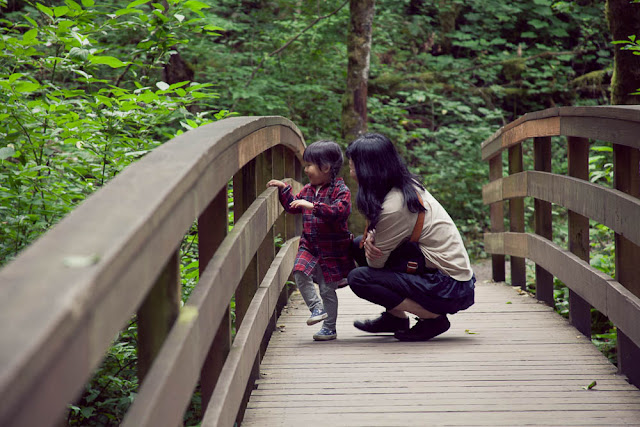 While we were there Kei decided to make me sweat by helping Thomas climb onto a large rock in the middle of the river. 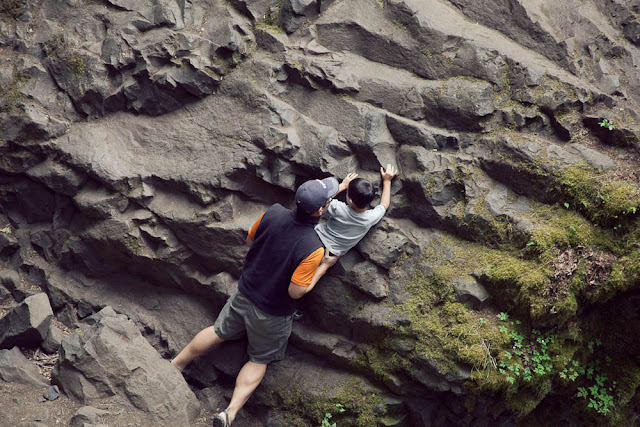 I stood by and tried not to think about all of the bad things that could happen while everyone else enjoyed looking at the waterfall. 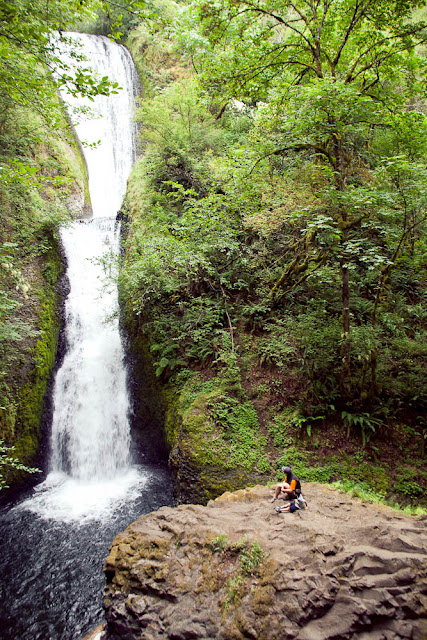 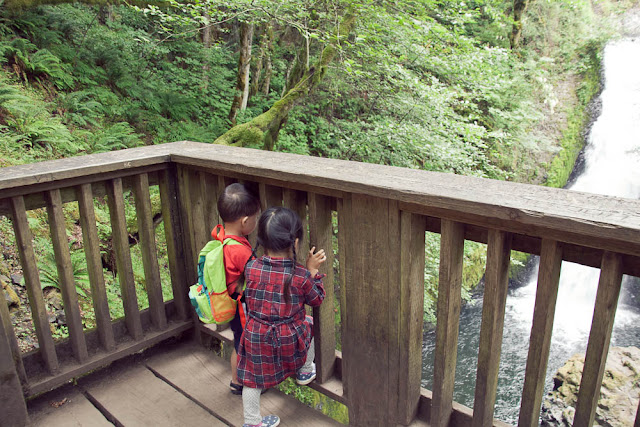 After deciding that another small waterfall stop could compromise blood sugar levels, we made a beeline for Multnomah falls. Thanks to a little sunshine, it seemed the rest of Portland had the same idea. 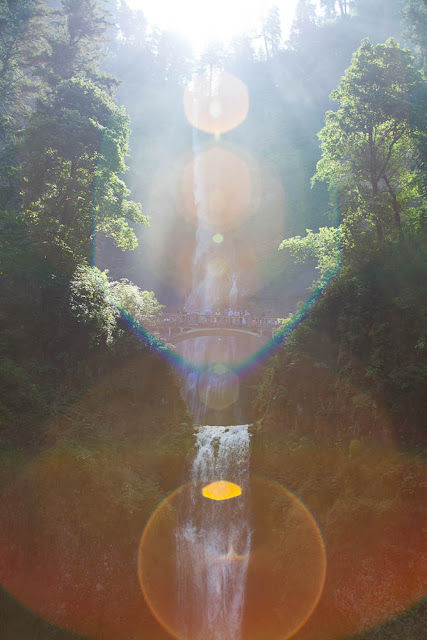 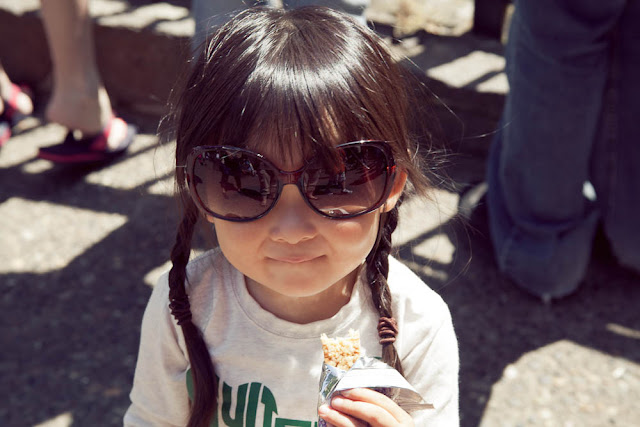 The walk to the Benson bridge was a little easier than the Bridal Veil walk and was definitely worth it, even if Thomas complained most of the way up. 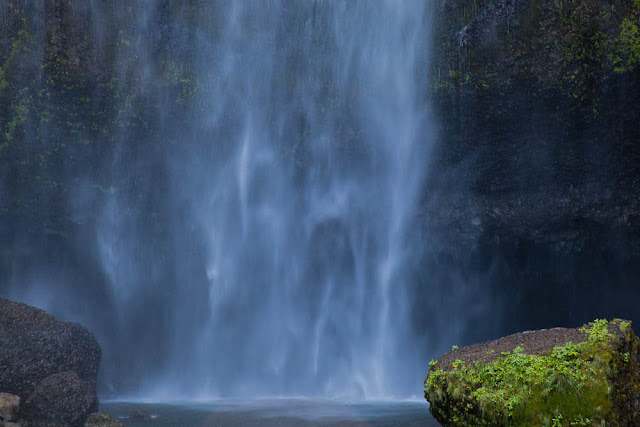 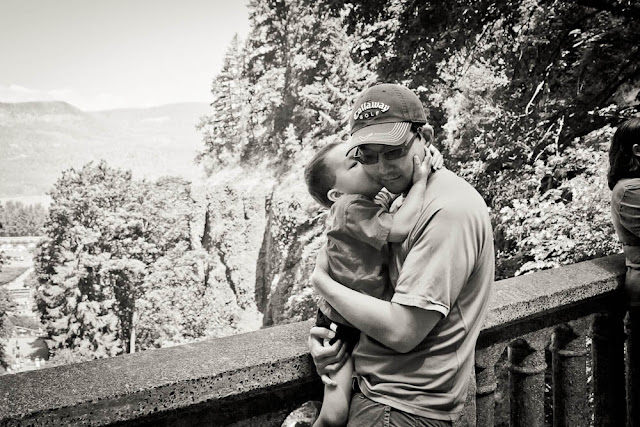 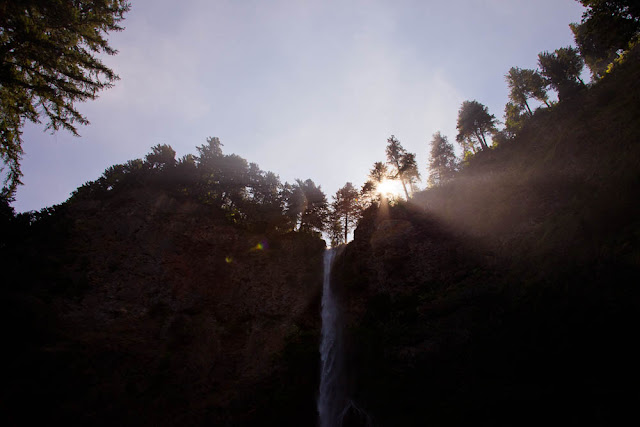 To avoid making this the longest blog post in history, I share more photos in Part 2 tomorrow, including a shot of the tiniest snowman in history. 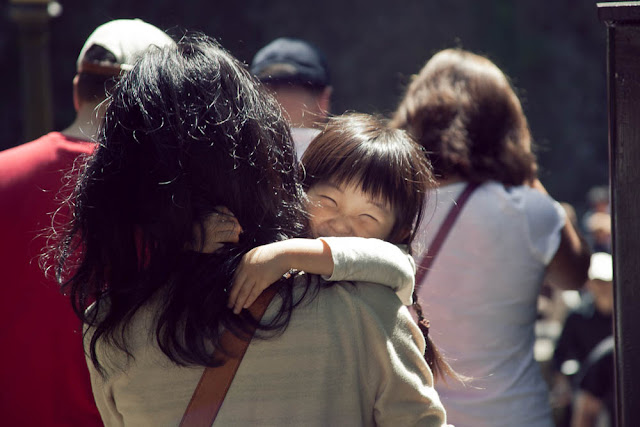 This entry was posted in P365, Photography, Portland, Travel. Bookmark the permalink.