Click here for Part 1 wherein we take a longer-than-expected walk to witness my Husband and Son make a daredevil climb (in my mind, anyway) and then visit the Multnomah falls.

After leaving the beautiful (albeit extremely crowded) Multnomah falls, we decided to make our way to Hood River for some food. By the time we got there, everyone had fallen asleep (except Kei, thankfully) and we had the fun job of waking everyone up for lunch.

For those who have not had the experience of waking a three-year-old from a deep sleep, I would imagine it’s something like dragging a bear out of hibernation – lots of moaning and gnashing of teeth.

To make a long story short, we had lunch and then walked around a little before stopping for some ice cream. I failed to take any decent pictures of that part but I can tell you that the view from our lunch spot was great, the food was so-so (childrens’ meals overpriced), the toy store visit afterward was probably a mistake (incredibly lucky to make it away without purchasing a Star Wars watch) and the ice cream was perfect.

By this time it was about 4pm and we had a choice – hit the road for the 90 minute drive home or risk it and take a drive up to Timberline lodge. I am so glad we chose the latter. We were blessed with a perfect blue sky afternoon… 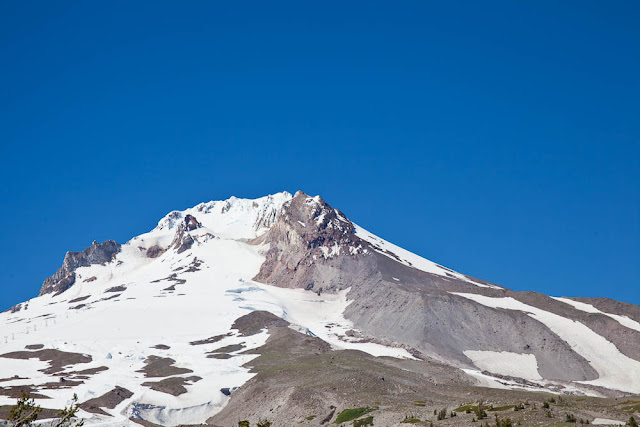 …and the rare (although somewhat tragic given the summer we’ve been having) opportunity to  play in the snow at the end of July. 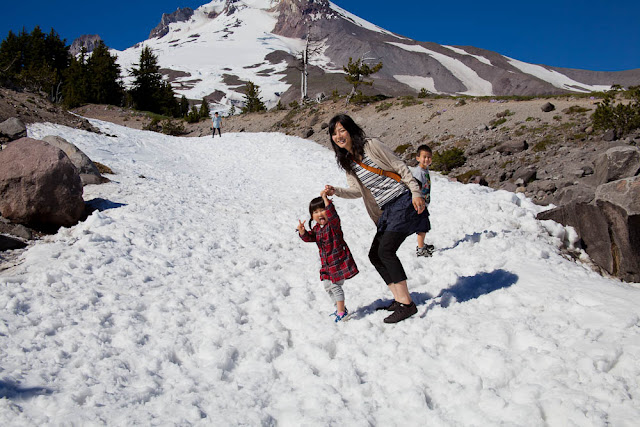 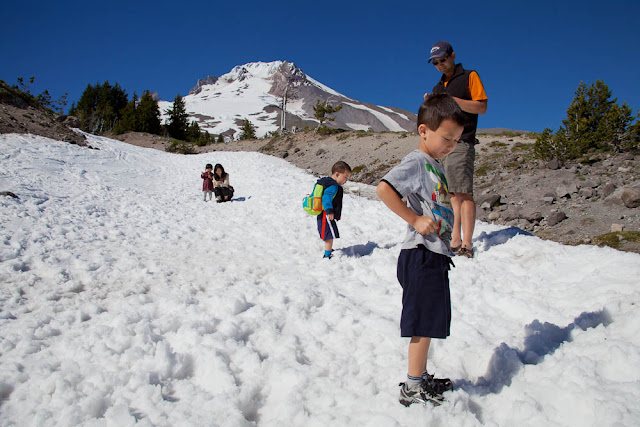 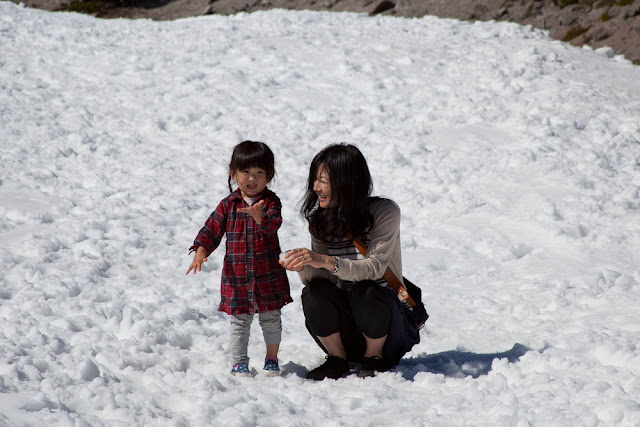 Kei took the opportunity to build the world’s smallest, most pitiful, snowman. 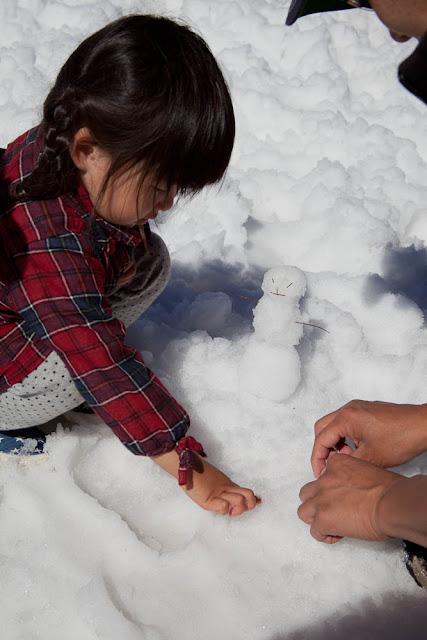 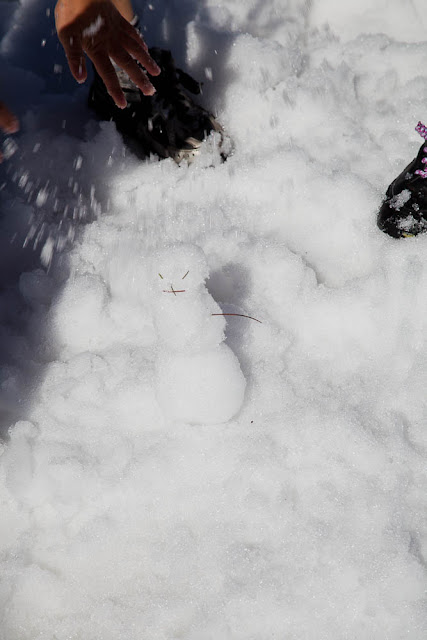 While I took in the view. 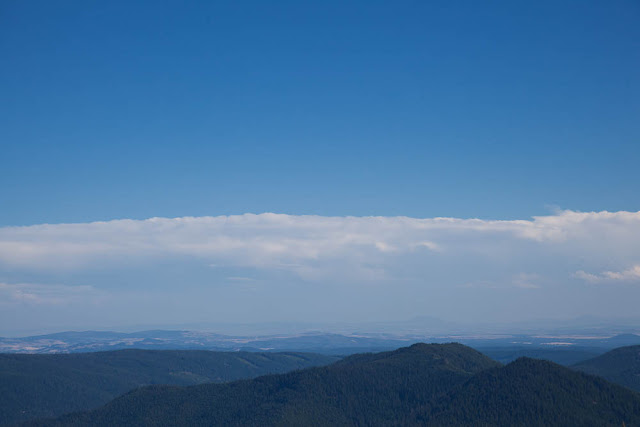 The kids soon started whining about their cold feet and cold hands so we headed inside to get a quick drink. Well, that was the plan, anyway.

Now, I am going through the potty training thing for the second time so I know how important it is not to play chicken the whole three-year-old who says he needs to go. I looked at the half finished drinks on our table and realized I had two choices – wait until Kei or Mayumi returned, or leave our drinks and other belongings (none valuable) on the table and hope the Waitress would believe me when I said we’d be right back. I chose the latter and, thankfully, we had an understanding waitress.

I dashed downstairs with the knowledge that Kei or Mayumi would be back within minutes. What I didn’t count on was the over-zealous bus boy who cleared the table within seconds. He cleared all of our half finished drinks and we were left with a few children whining for their milk and a bill for the full price. They agreed to replace the drinks or only charge us for half but, by then, it was so late that we thought it was best to feed the children before we left.

About 30 minutes later, we finally left the lodge to catch one last look at the view… 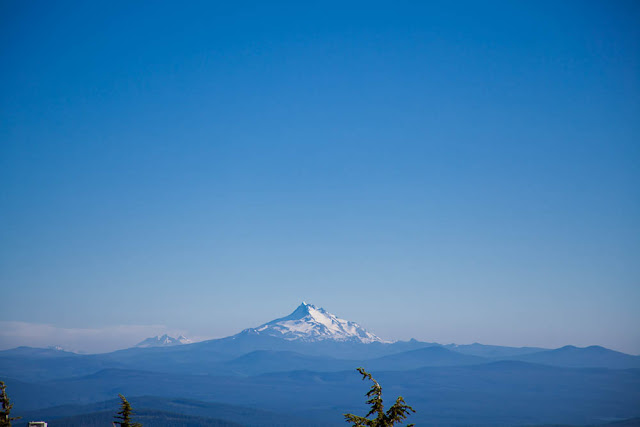 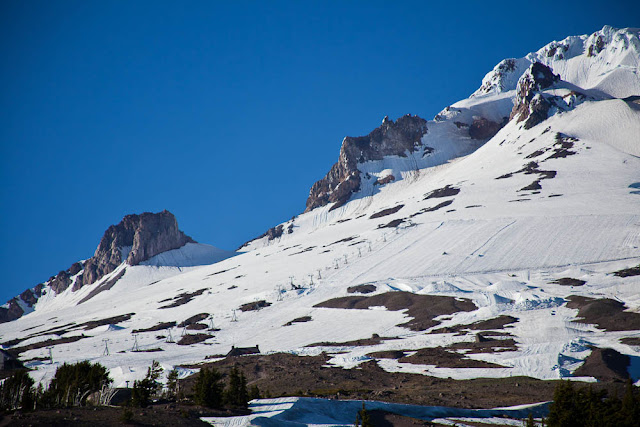 …which we looked at for two minutes before Kei realize that he’d left his vest upstairs and ran back to get it. The bus boy had already handed it to the lost and found. You know, he looked middle aged but it seems he moved like lightening. 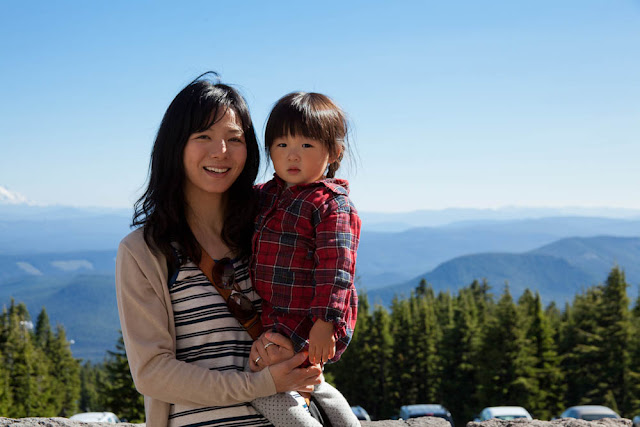 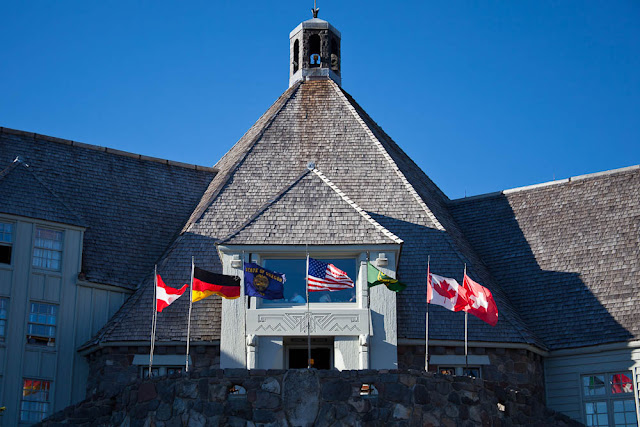 After one last check to make sure the bus boy had not taken any of our kids, we got back in the mini van and headed home, returning about 11 hours after we left. 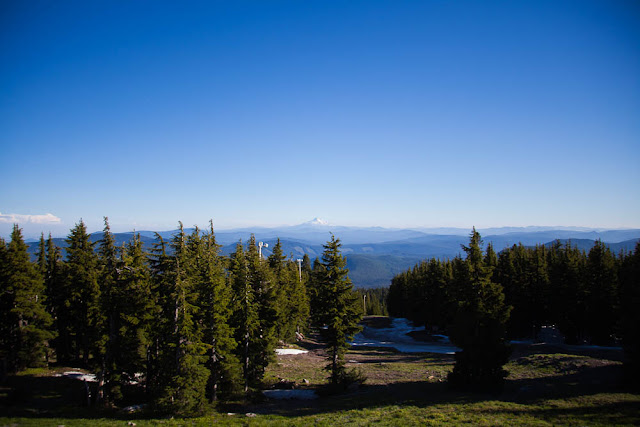