Attending the Mississippi Street fair is somewhat of a tradition in our family. I was a little disappointed when we missed it last year – although we were in Australia so that helped ease the pain a little. The year before we took our Japanese visitors and found it to be the perfect opportunity to immerse them in a slice of real Portland – even if this version of real Portland was a lot more crowded and noisy (and just a little more crazy) than the average day. I can’t find our post from 2010 so we may have missed that year as well, but I did find our 2009 visit and let’s just say that I was not prepared to look at photos of my teeny tiny little babies on a Monday morning. I may have to go curl up in a ball somewhere to get over the realization that “Super Why” is about to turn 8!

This year I decided to take the boys to the street fair while Kei stayed at home to work on the yard. Pretty sure I got the better end of that deal. We arrived at 10am to beat the crowds and I’m glad we did because it started to get insane when we left at about 12:30, although we missed a lot of the live music which was a shame. Still, the boys had a great time and were incredibly patient with me as I insisted on visiting every single booth. I love this age because they still like to hang out with their mother and yet don’t need a stroller or other sort of containment device to ensure they stay close (most of the time, anyway).

Here are a few highlights from the day.

Starting strong with a few Mexican wrestlers running down the street because… well I have no idea why. 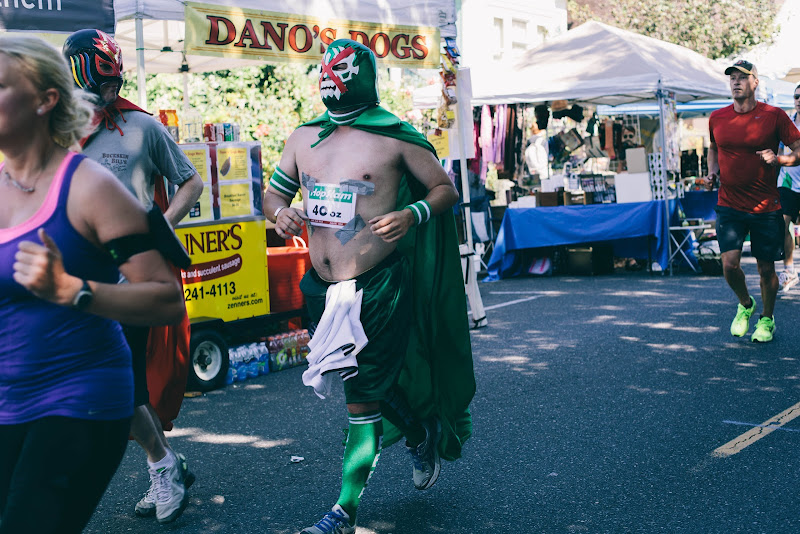 The ninja nesting dolls that caused me to say “no, we are not buying them” about 20 times over the course of a couple of hours. 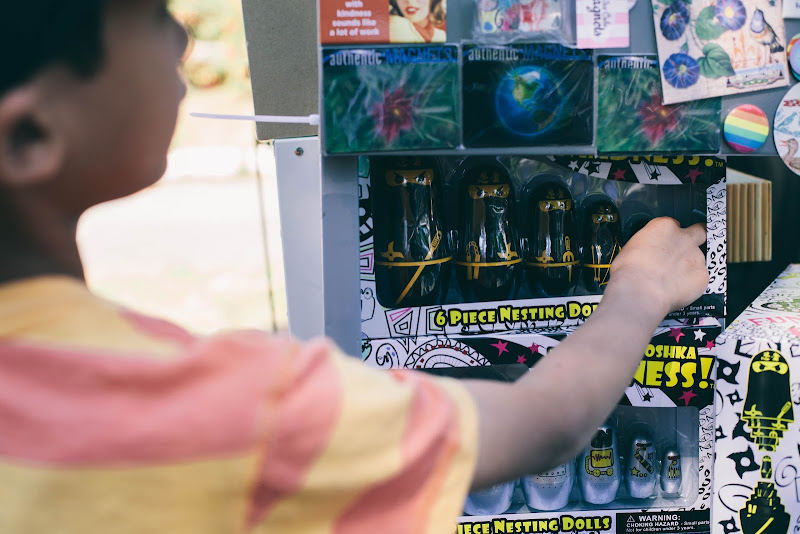 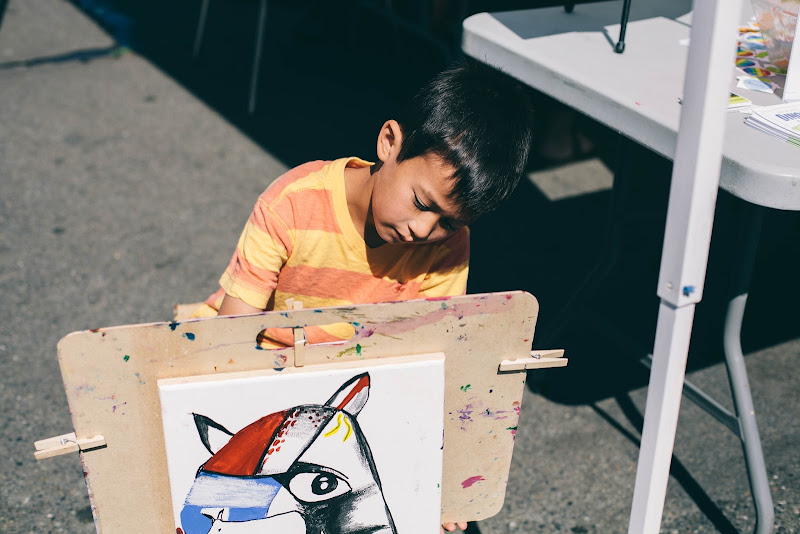 I get so excited when my kids use color – it’s a rare occurrence. 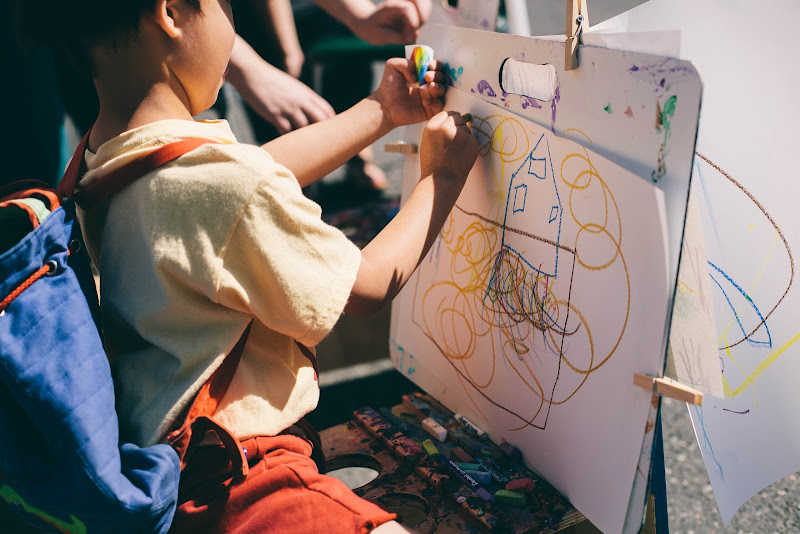 Shave ice! (and the last piece of evidence before Thomas lost his cap). 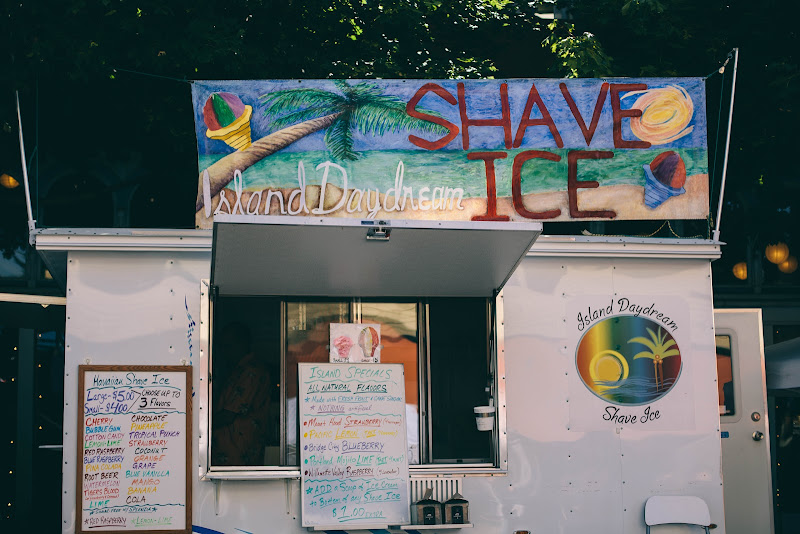 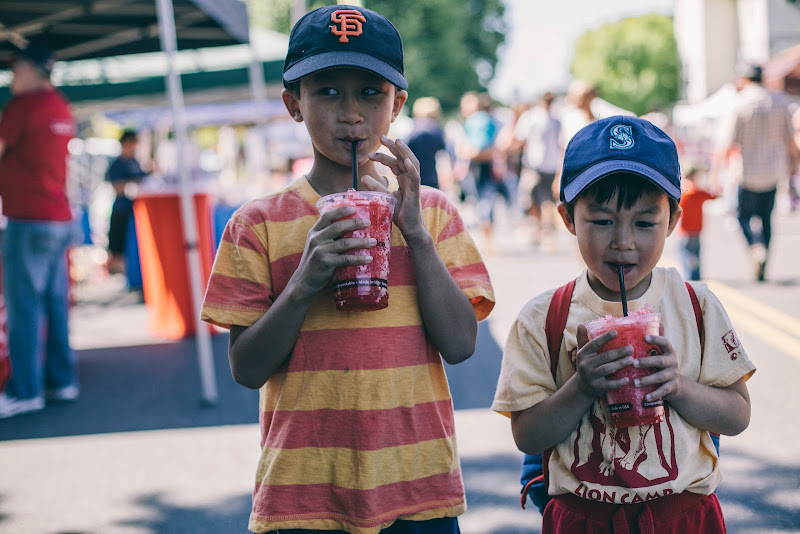 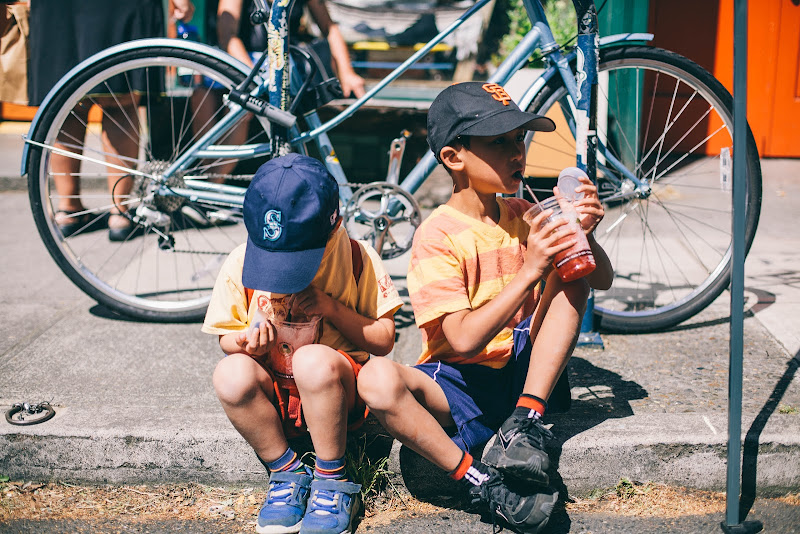 An alien. Note to self: must visit the Pecularium sometime. 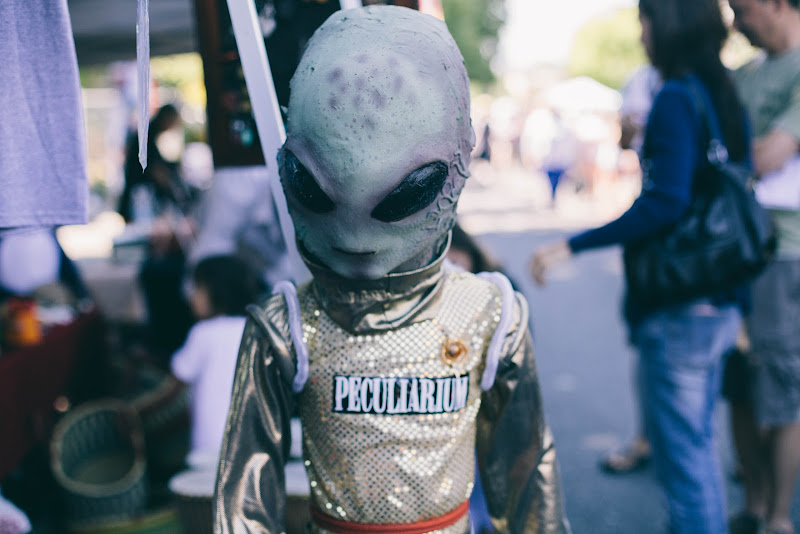 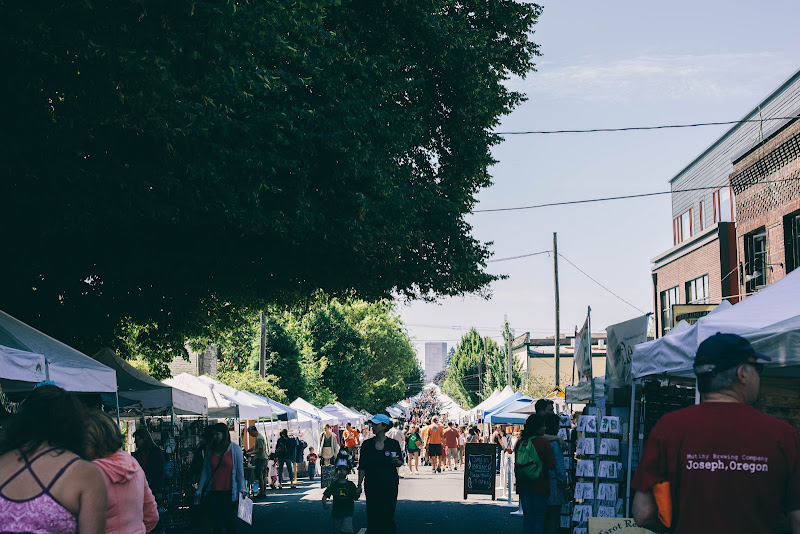 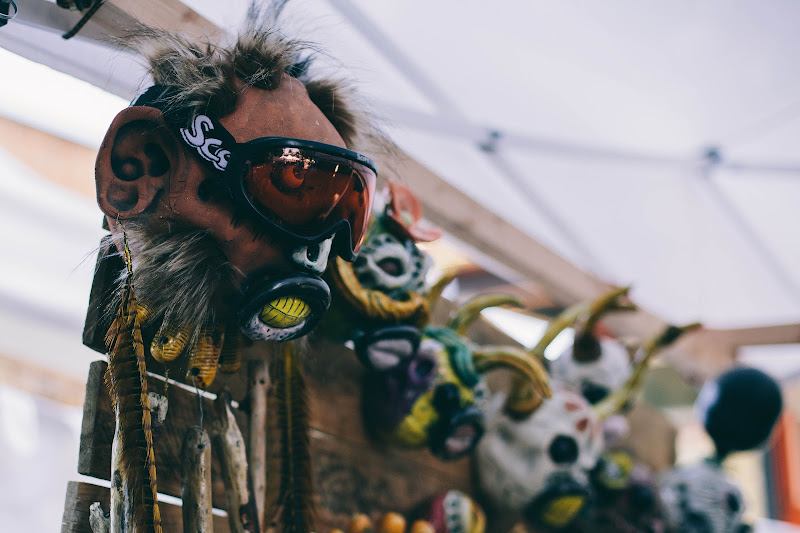 This painting was a favorite. 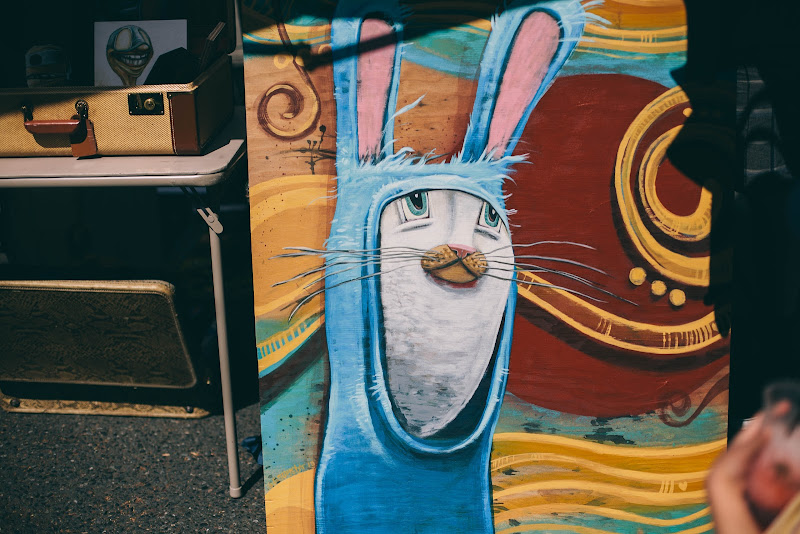 And I wanted that suitcase but have no idea where I would put it. 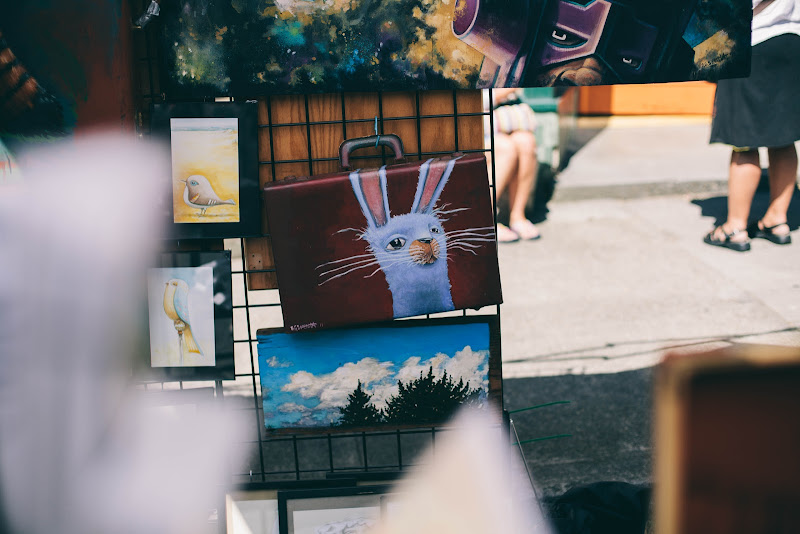 I definitely DID NOT want to take these home. 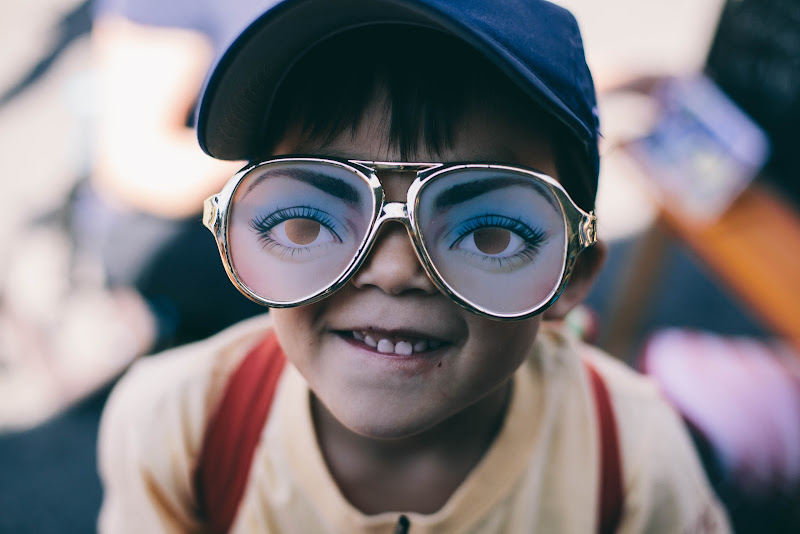 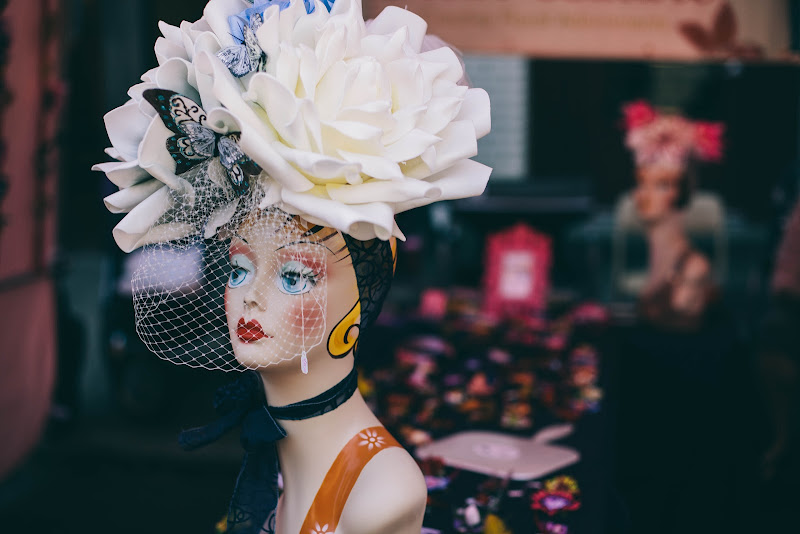 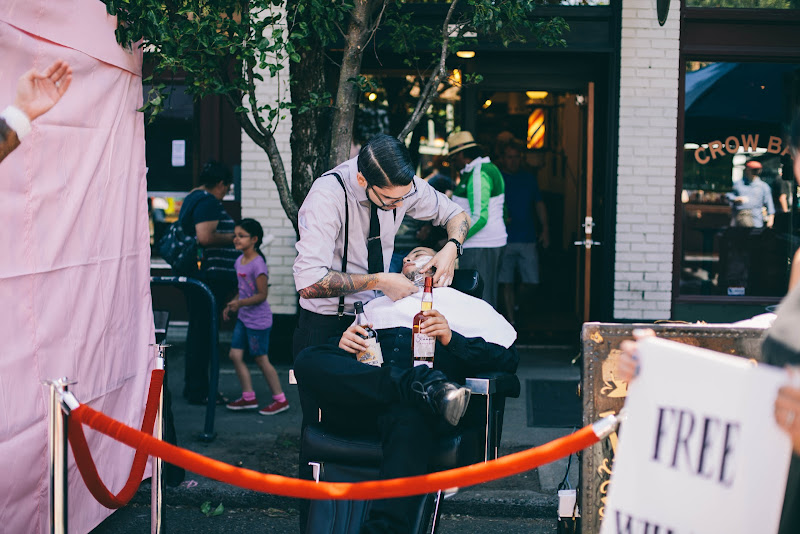 So, I feel like I have to explain this next photo. I really liked the look of these hand-painted flasks and I thought Kei would like the Sake one so I took a picture. And then I got home to review my photos and realized that I also took a photo of a really cool rooster with a slightly offensive message. My apologies. 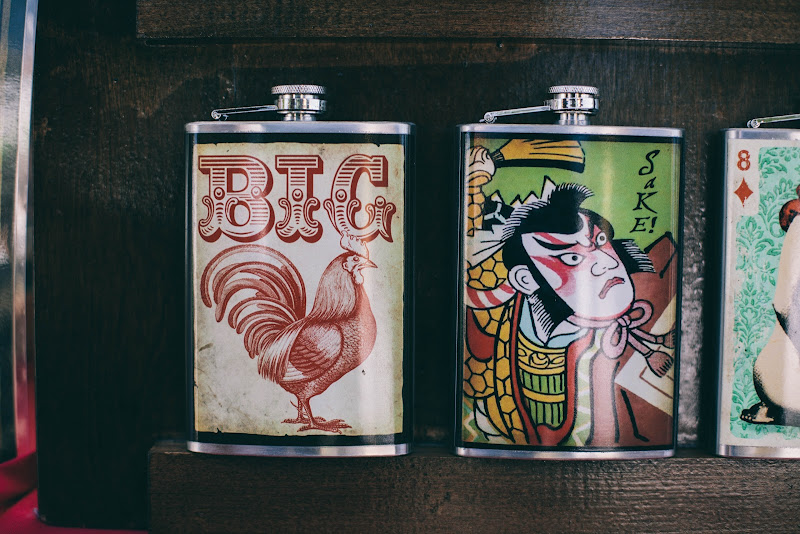 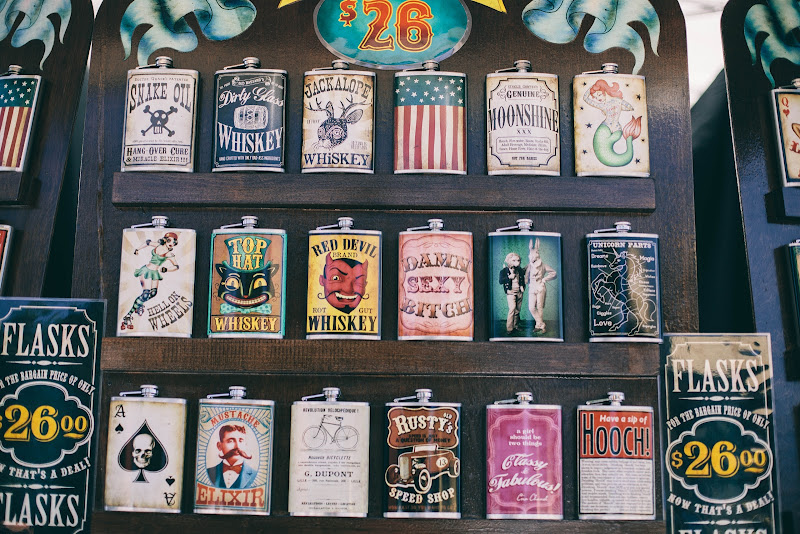 Quick stop to climb some fake trees (notice that the cap has gone). 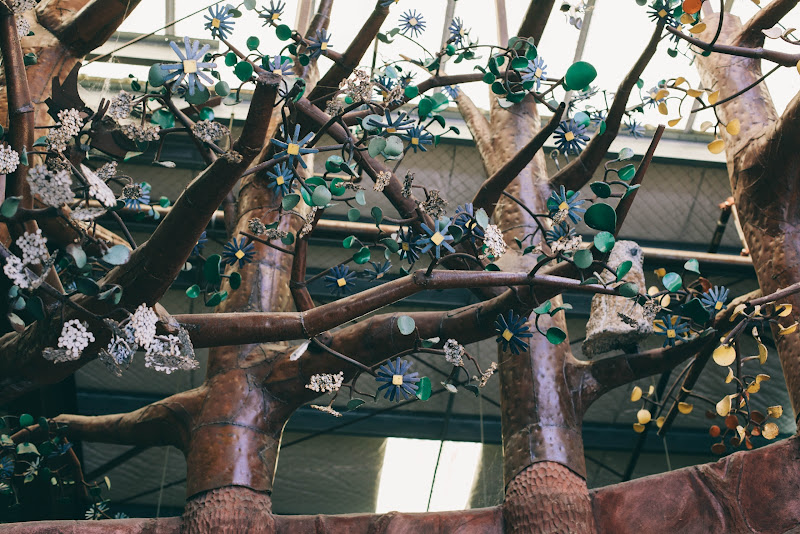 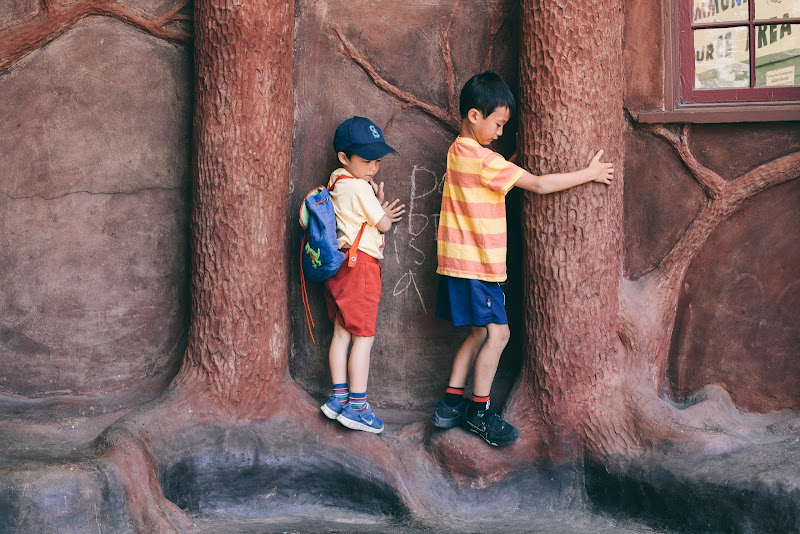 And a honey stick because they hadn’t had quite enough sugar yet. 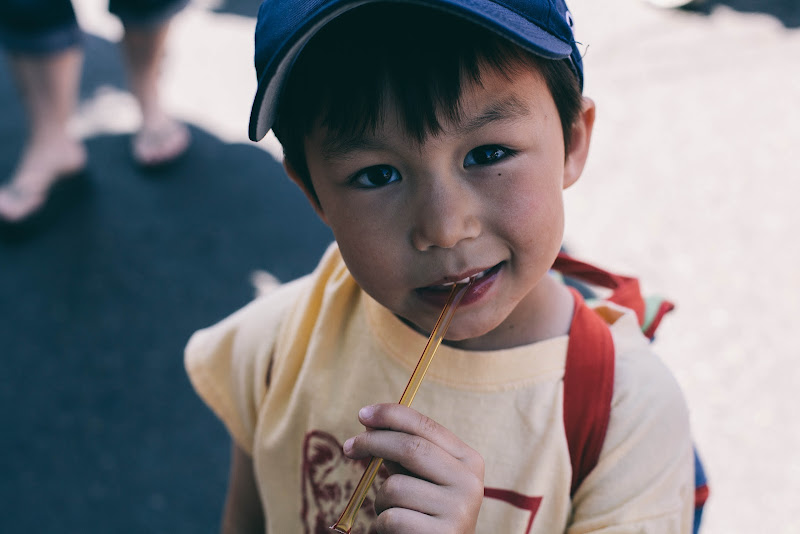 We ran into a friend – and bigfoot. 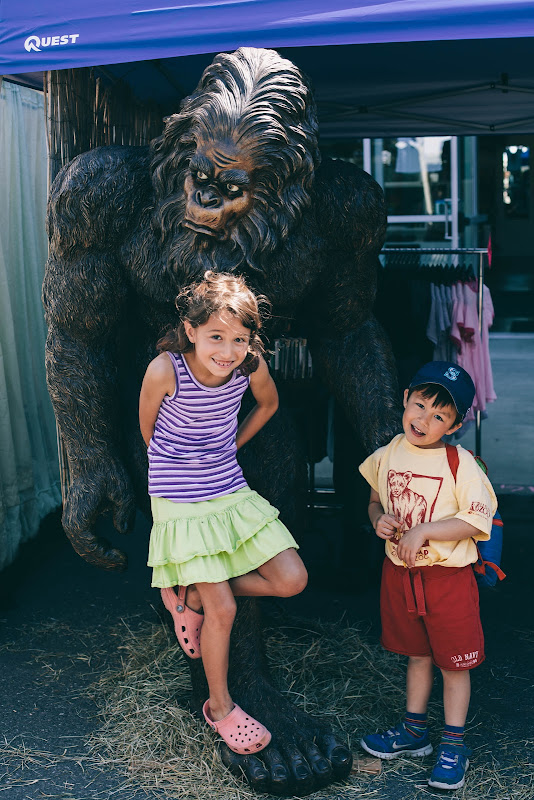 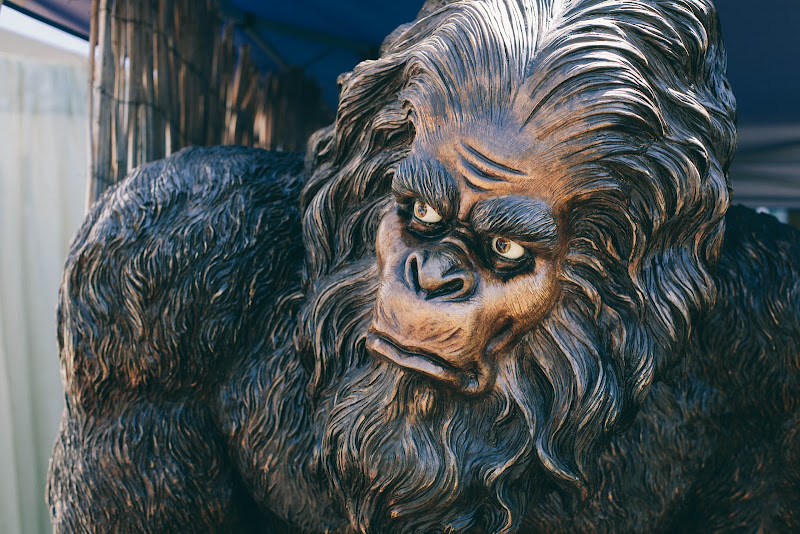 This guy was blowing bubbles off his balcony. Great way to get into the spirit. 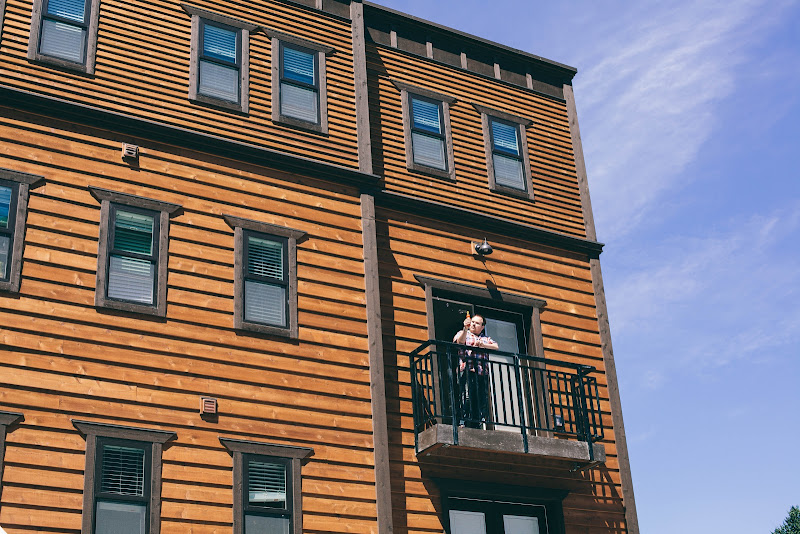 And, just before we decided the crowds were getting too much for us, we enjoyed a little music. I love that there’s always at least one person who dances like nobody’s watching. I tried to encourage my kids to dance but they were having none of it. 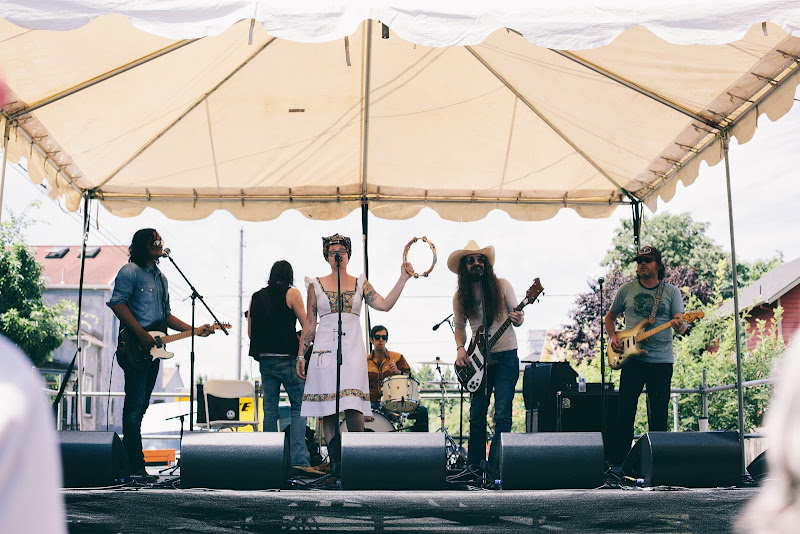 And that wraps another fun year at the Mississippi street fair. 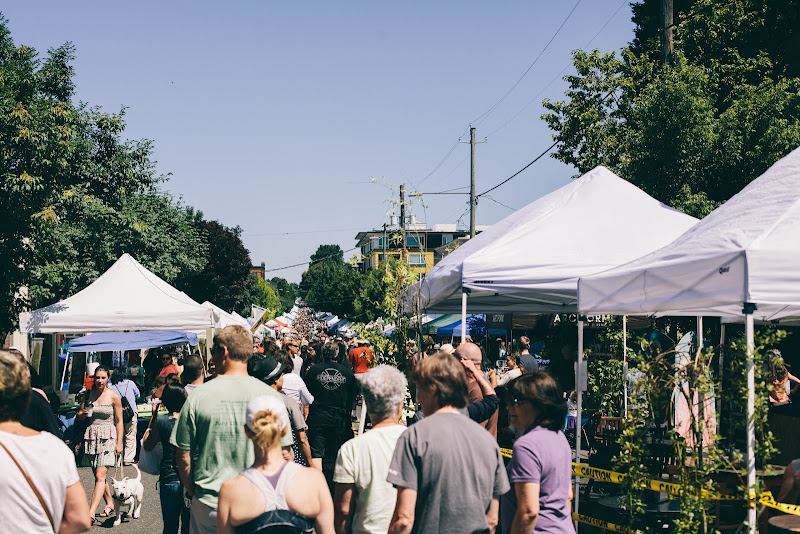