I grew up in a country where displays of fireworks were a special event and handled only by professionals. They were massive displays that lasted 45 minutes to an hour and were sometimes accompanied by a radio soundtrack – and ONLY on Australia day or New Years Eve. (I also grew up in a place where you couldn’t buy alcohol in grocery stores, but that’s another story).

I’ve lived in the States for 10 years and I still find it shocking that I can walk into a grocery store and spend $29.99 on a packet of fireworks that I am allowed to set off in my backyard. I’m sure others in our neighborhood cross the border into Washington State and spend way more than that. I won’t do that on principle – and also because I’m a big chicken with two little boys who love fireworks in a way that makes me fear for their safety.

Last year we were in Australia on July 4th, so it’s been two years since my boys have witnessed the light show. And what a difference two years makes. Thomas was 5 last time, timid and shy. Now he’s seven and wants to light the fireworks himself (we didn’t let him). Two years ago, Samuel was an oblivious three year old. We may have even sent him to bed before the real fireworks began. This year, he’s five and his excitement freaked me out just a little bit, but he was incredibly entertaining. The friends who joined us for the 4th of July get together have children the same age – a boy and a girl. Looking back through the photos, it’s clear that firework are very much a boy thing, although five year old girls enjoy sparklers.

I’m breaking this post into two parts because I took way too many photos (or maybe just the right amount). The size and intensity of fireworks grew over the evening.

We begin before the fireworks. 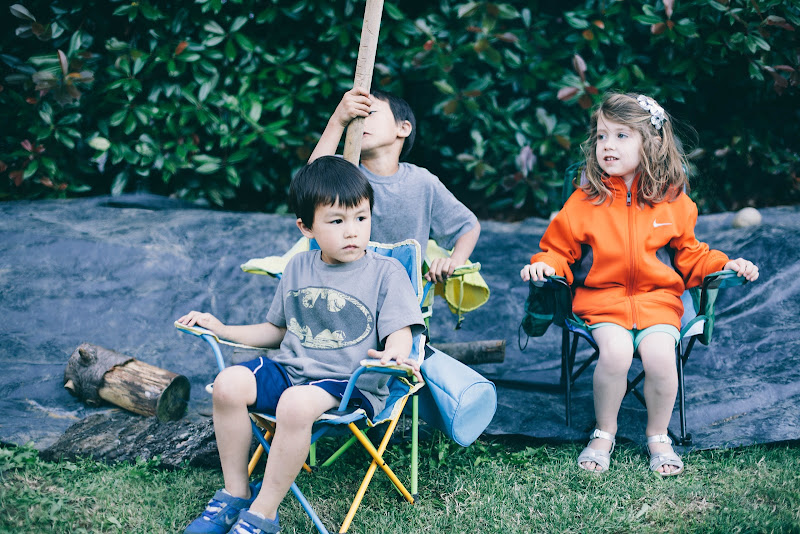 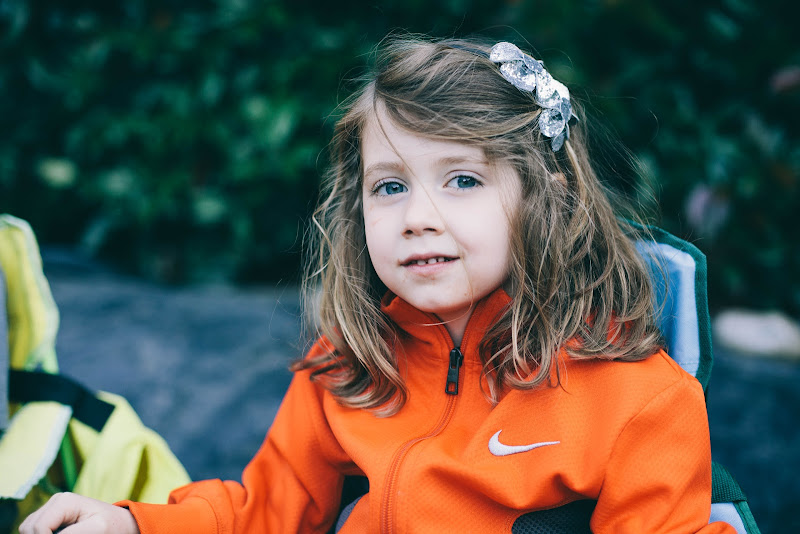 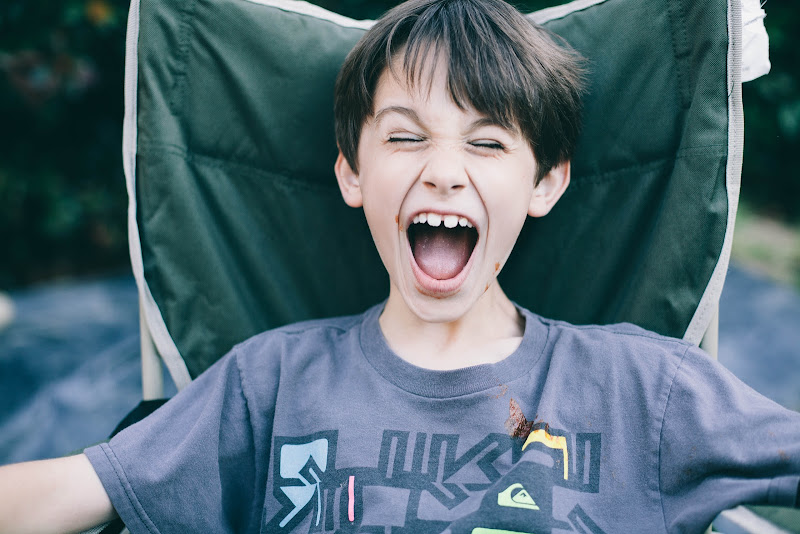 I have no idea what’s going on here… 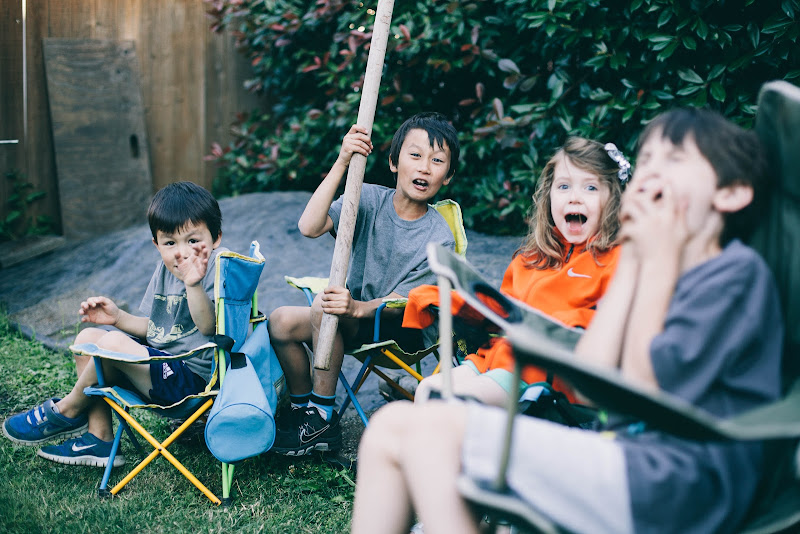 Look how sweet she is… oh, a how I wish for a little girl (until puberty anyway). 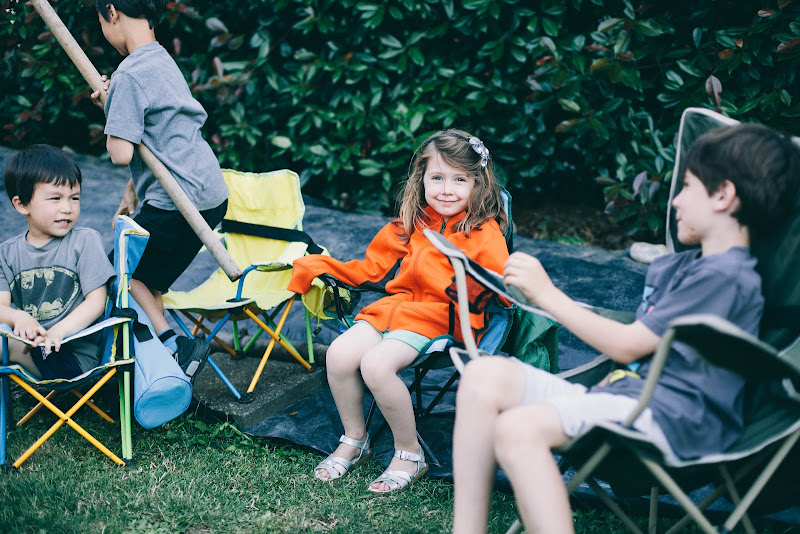 Bring on the sparklers. 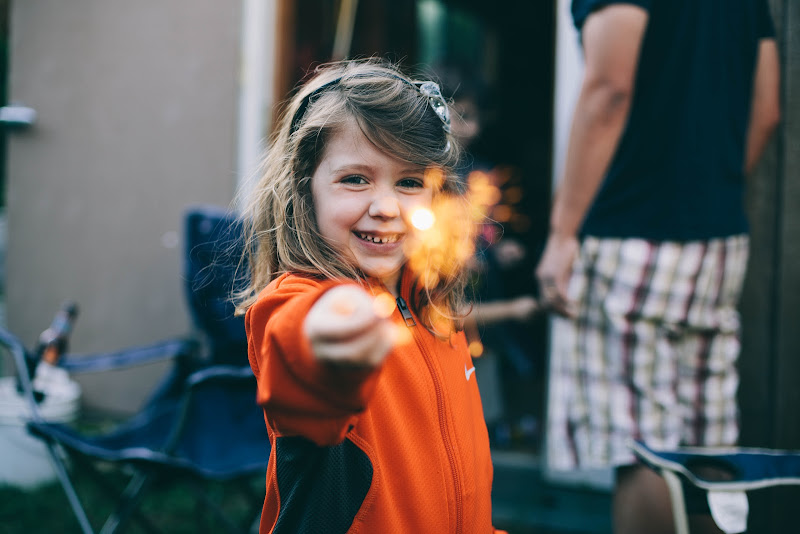 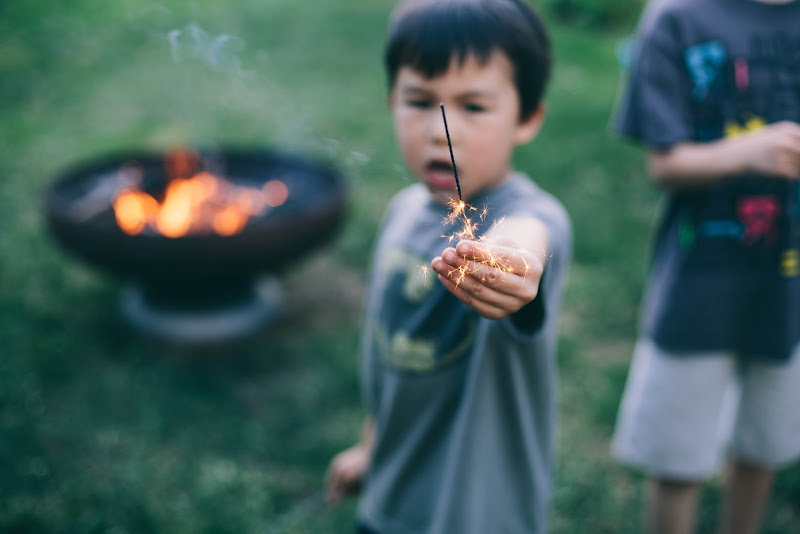 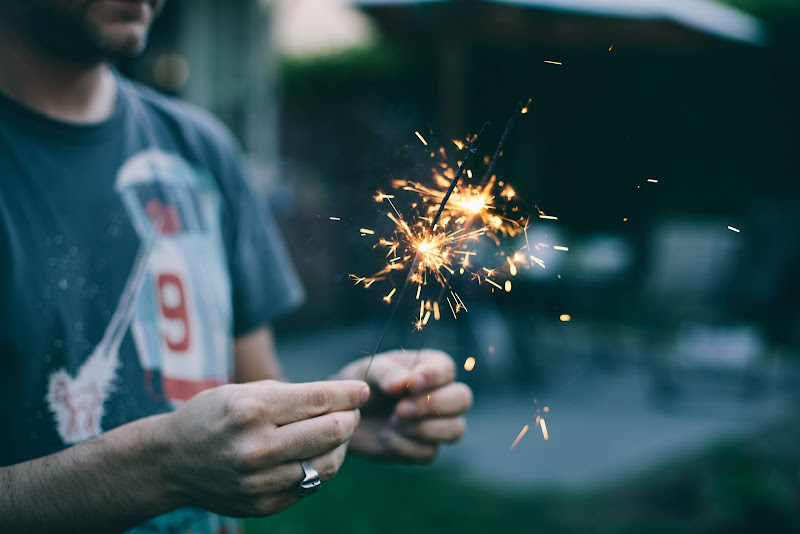 Our sparklers come with a declaration of “Wingardium Leviosa!” Although I’m sure that happens in every family… 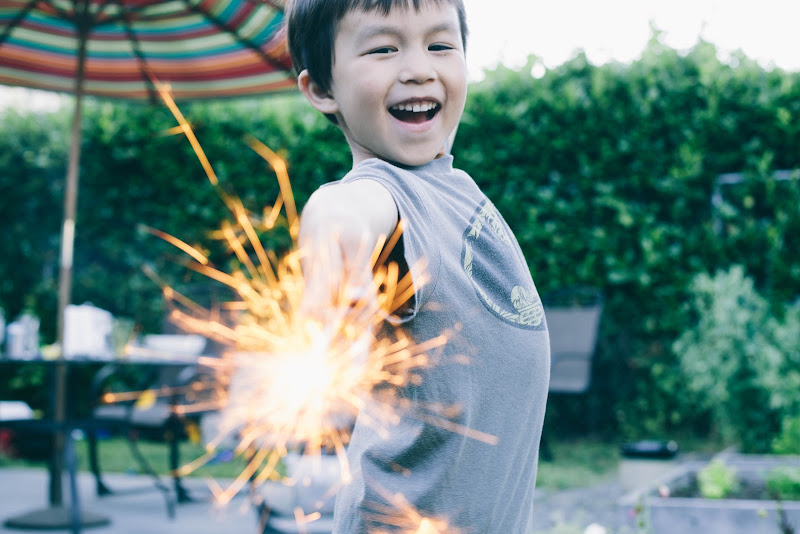 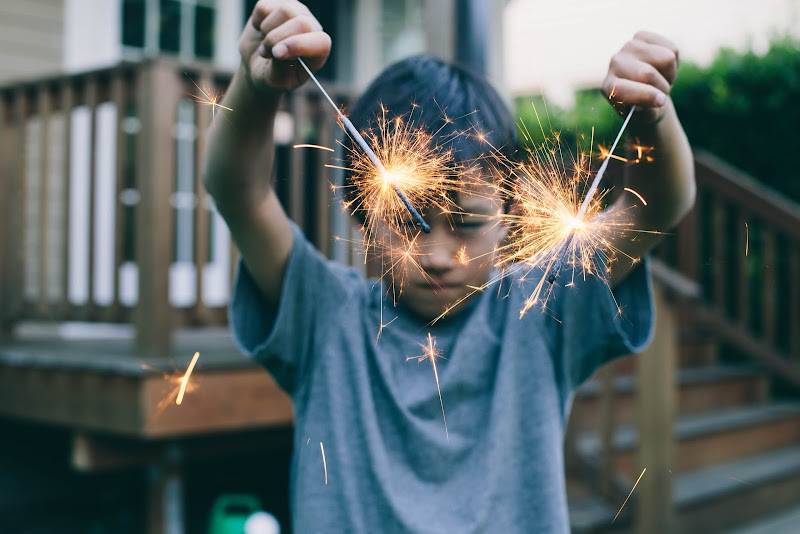 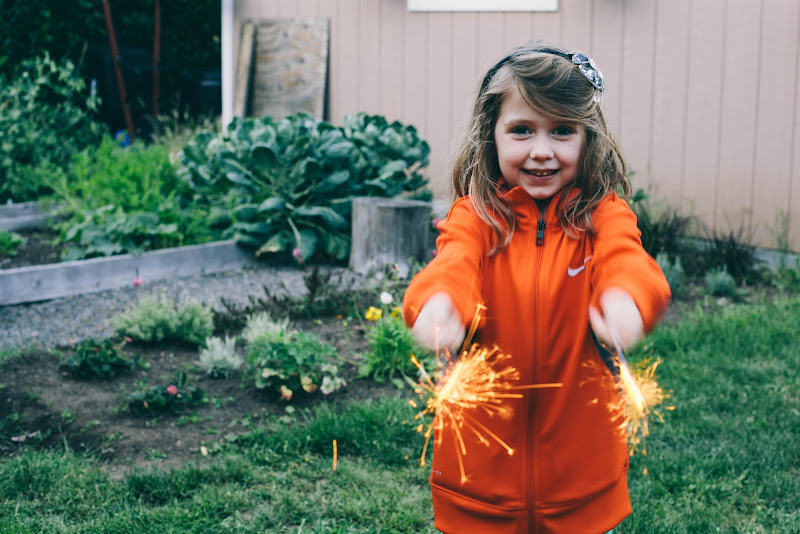 This is Edie. She almost makes me want to get a dog… almost…Perhaps if we could clone her… 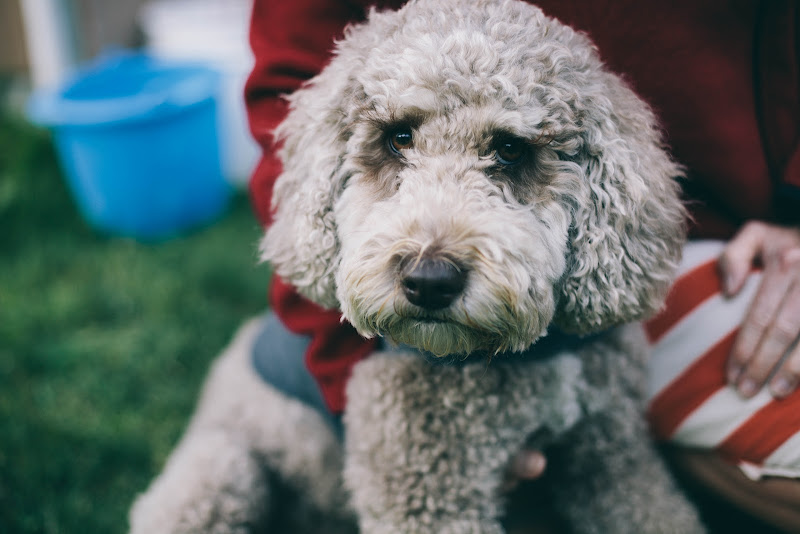 After the sparklers we moved into the alley behind our house and started with the louder stuff.

Right now, they have no idea what’s coming. 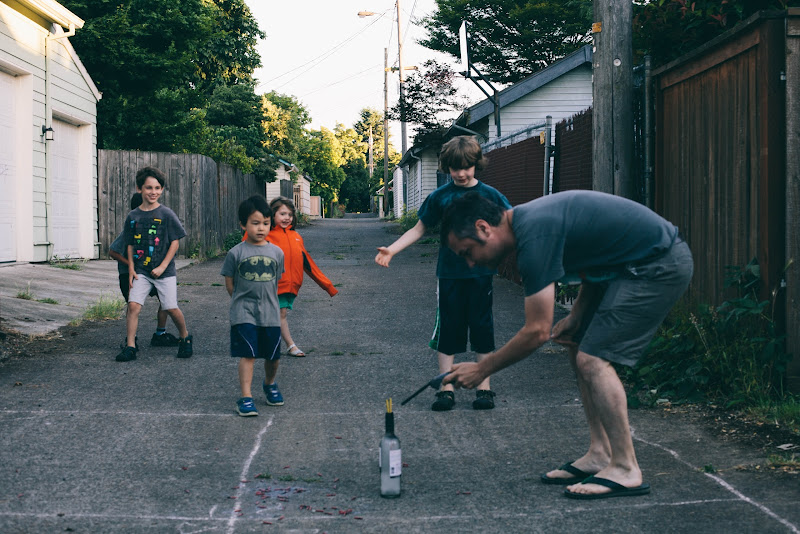 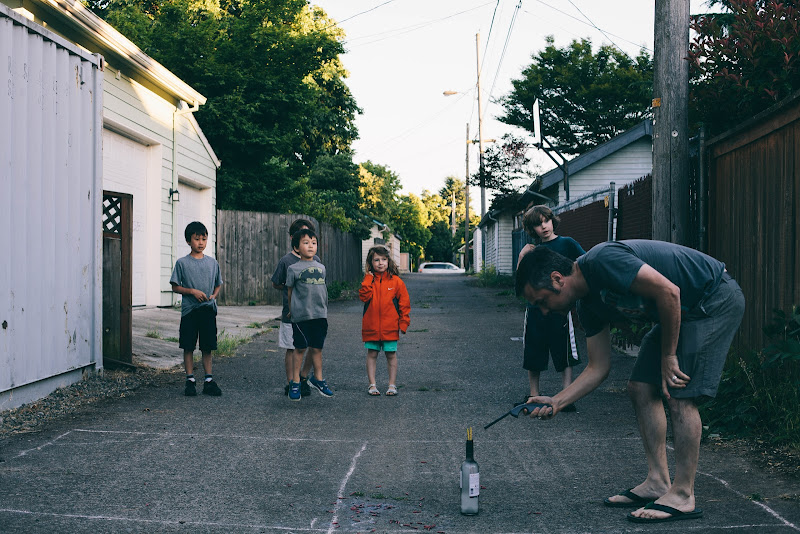 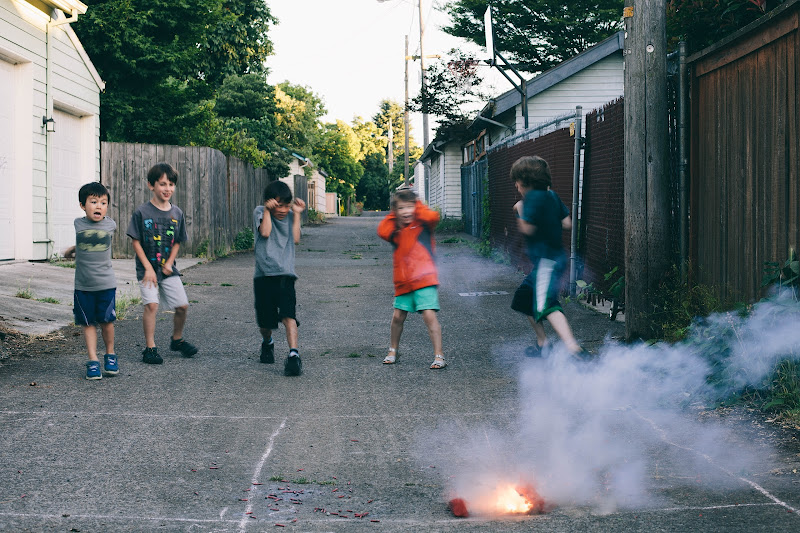 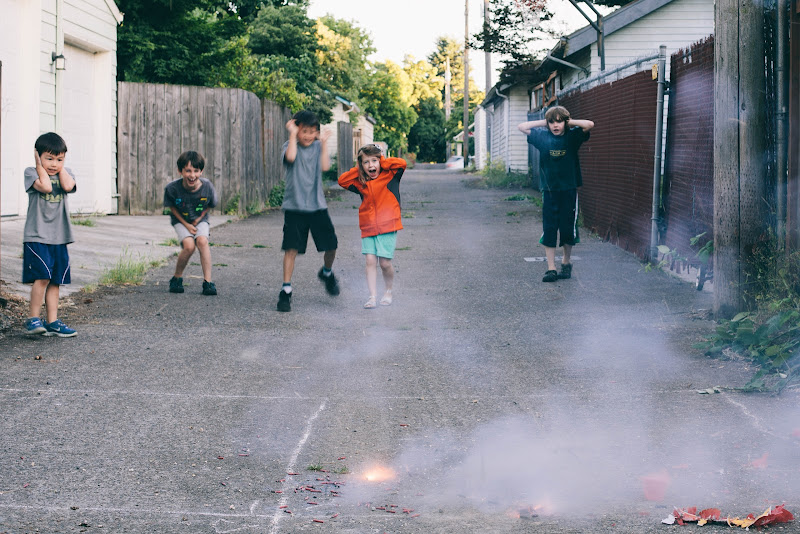 And then the light show started. 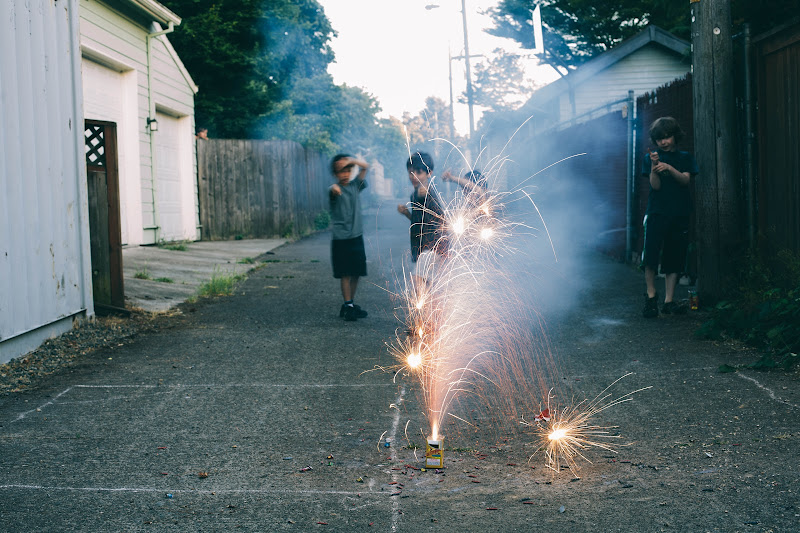 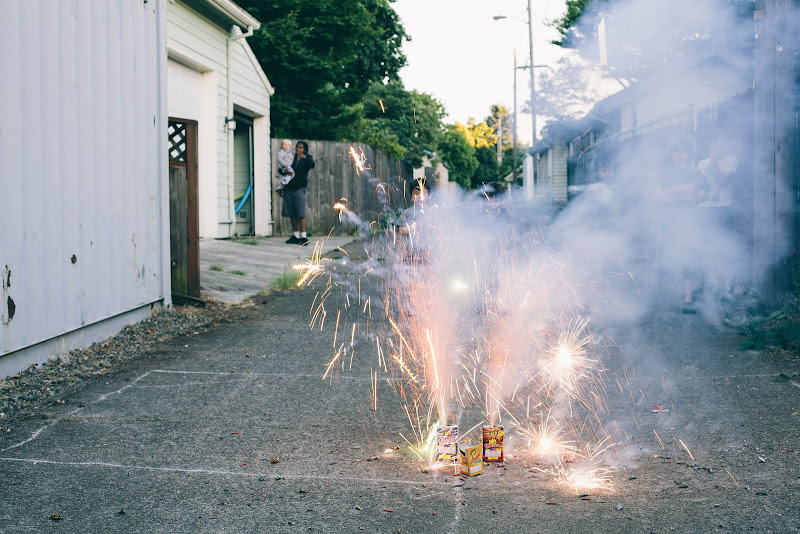 We took a short break for S’mores… 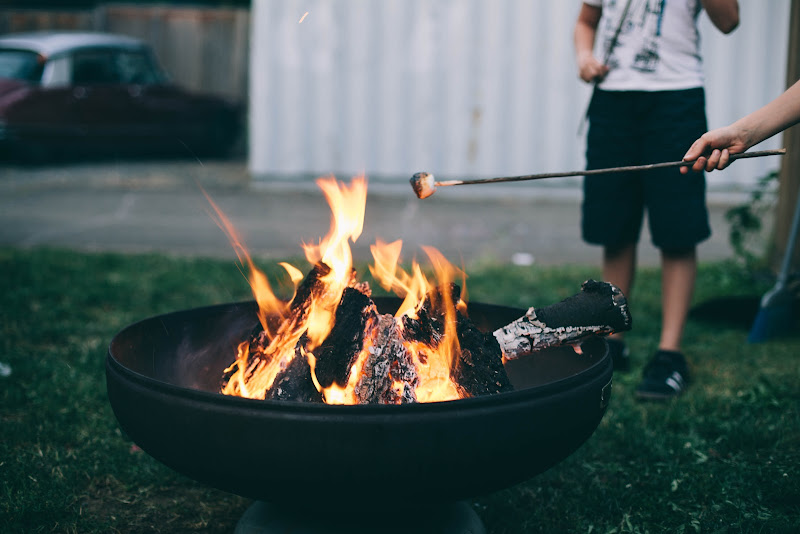 And then kicked it up a (small) notch. 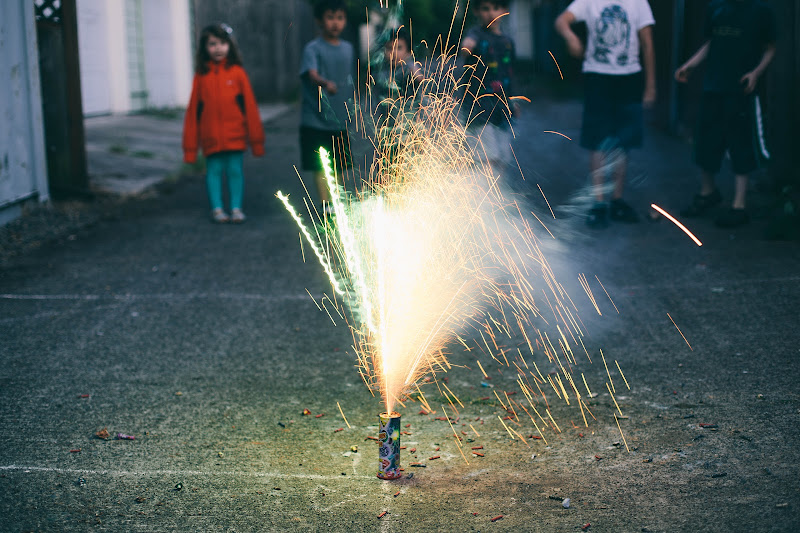 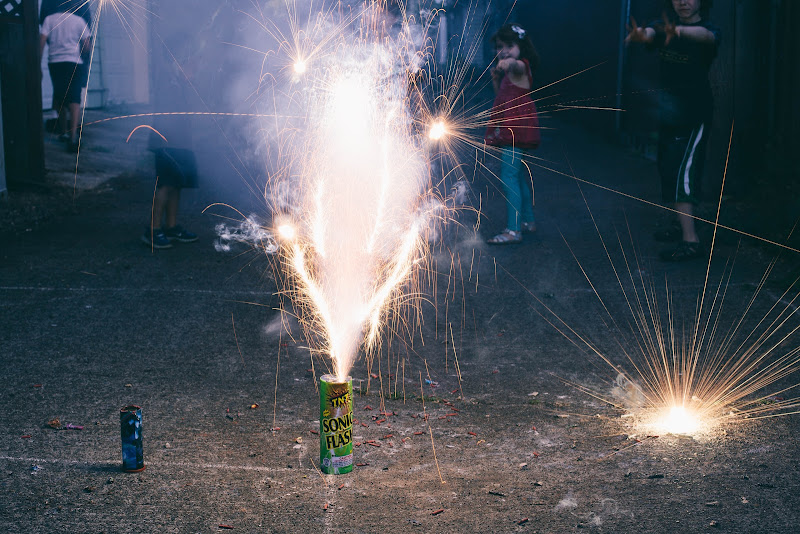 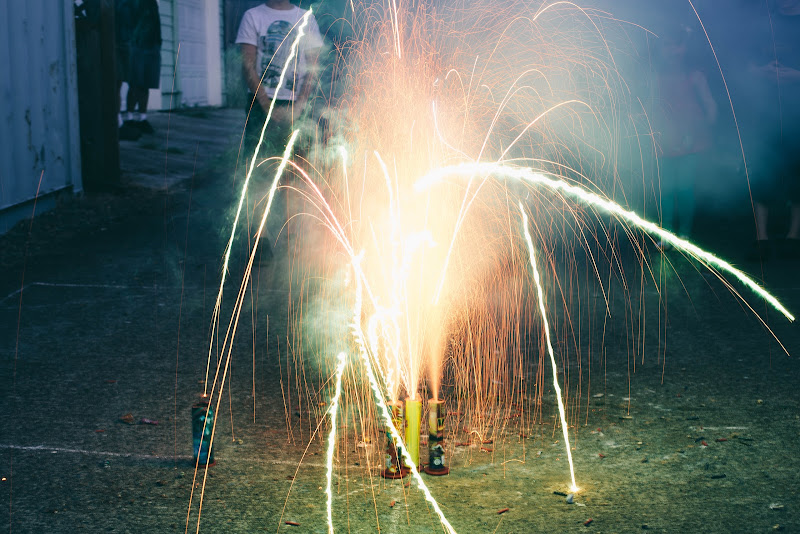 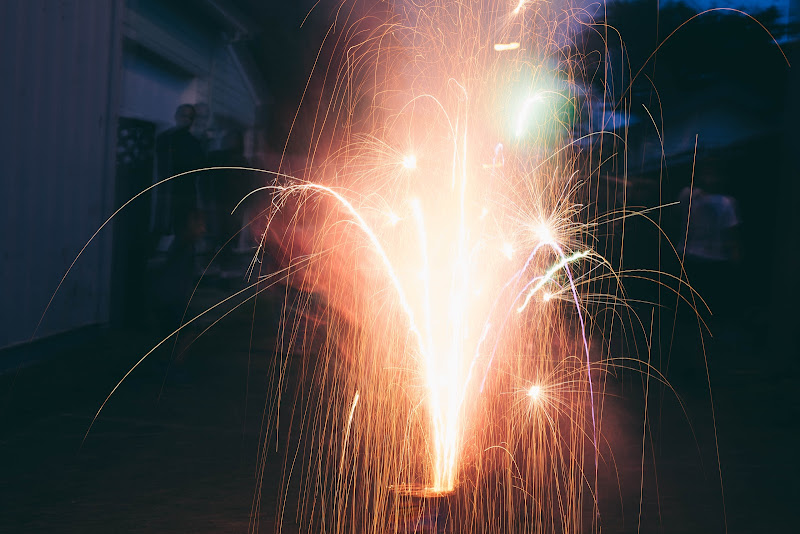 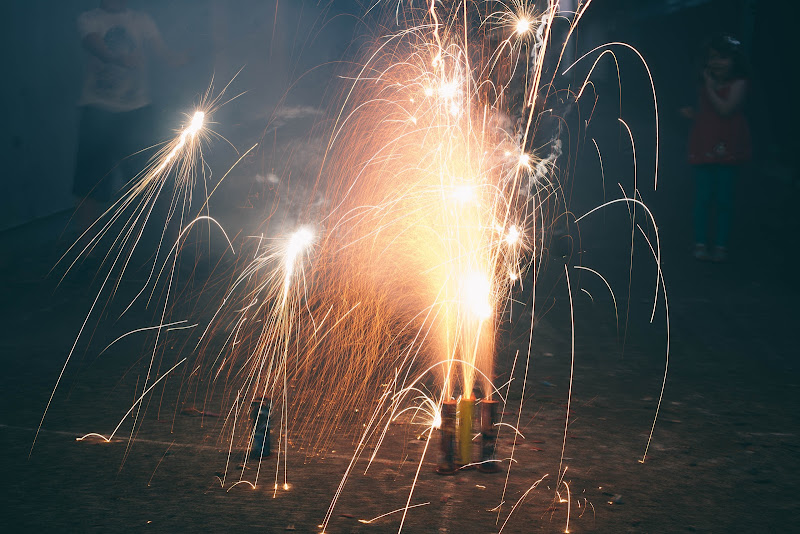 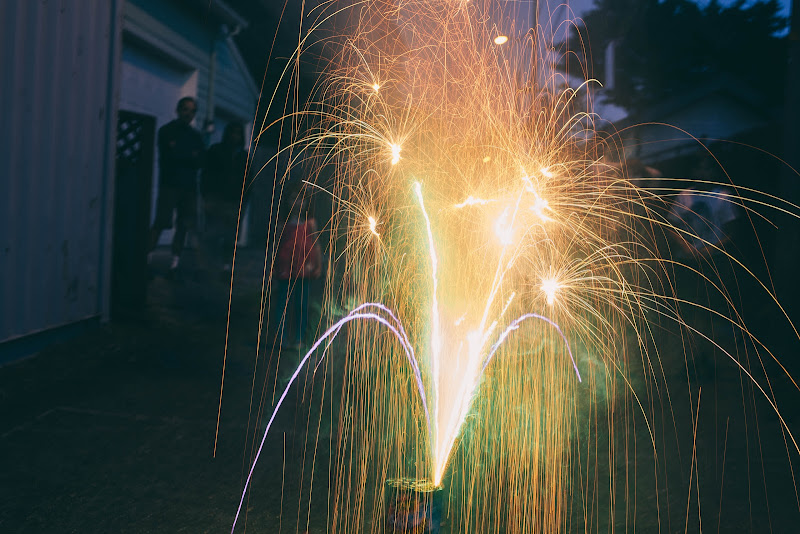 Impressive and exciting, but the most impressive fireworks came courtesy of our neighbors. I’ll share those tomorrow. 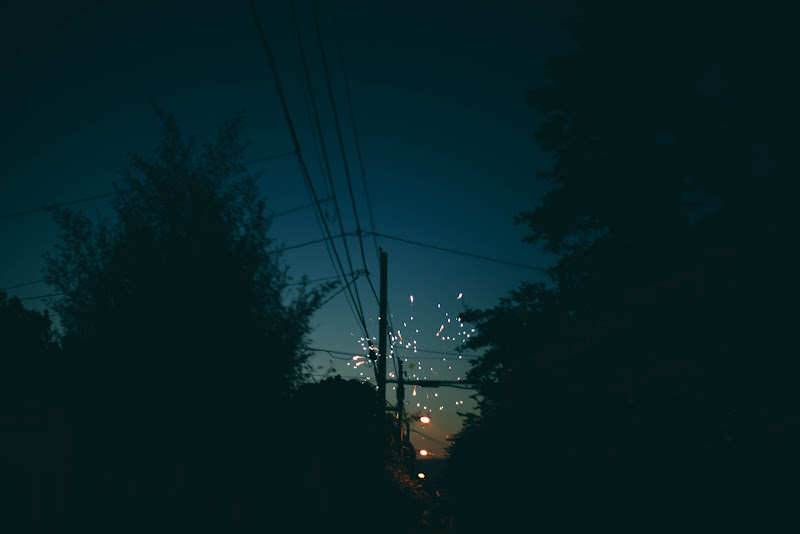