I had one specific outing request during our vacation to Newport, and that was to visit the Aquarium. I have lived in Portland for about 8 years now and, almost everyday, have been forced to look at billboards advertising the Oregon Coast Aquarium. It took eight years, but the advertising bombardment finally won me over and I can now happily say “been there, done that.”

Really though, it was a fun day. While this Aquarium was not the most spectacular one I’ve visited, (so far, the Melbourne Aquarium wins that prize, even if their website is a visual assault) our big group of 5 adults and three kids were completely satisfied with the variety of sea life that we were able to see and, in some cases, even touch. Of course I took enough pictures to make a book…

These two were too cute. My mum bought that backpack over for Karin and it barely left her back the entire time. 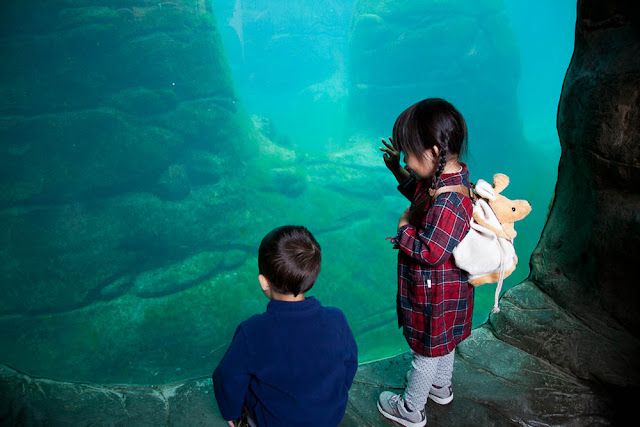 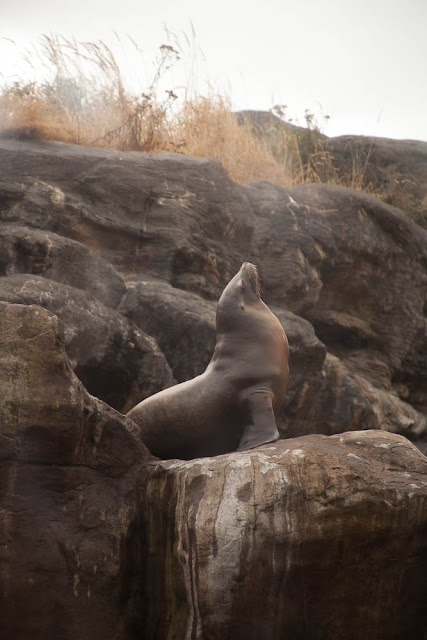 I’m not going to tell you how long I waited to get the following picture. Not sure if it was worth it… 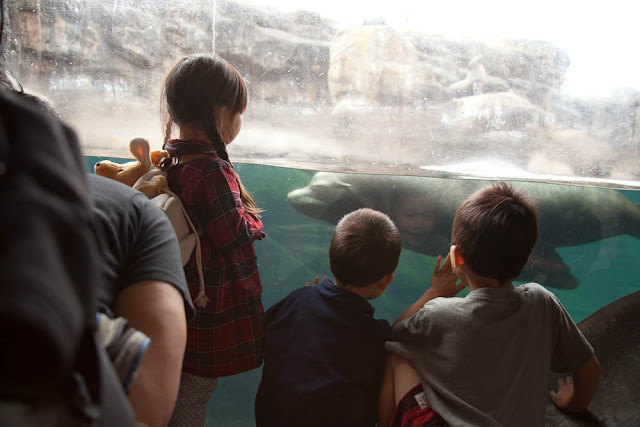 This where we were able to touch the animals. Of course my children were a little hesitant while Karin almost jumped right in. 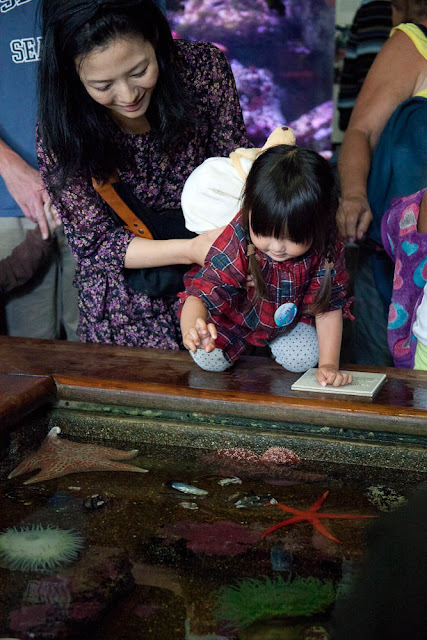 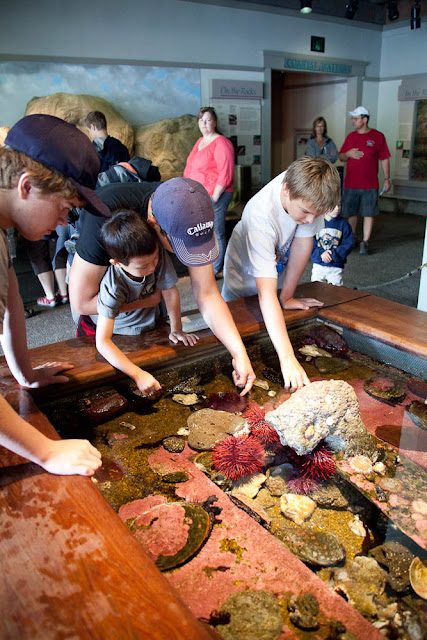 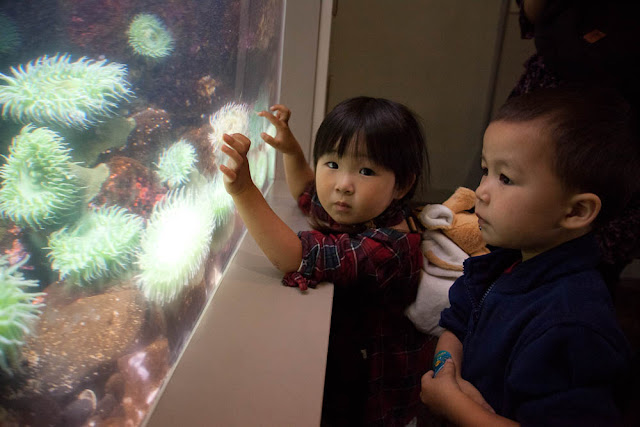 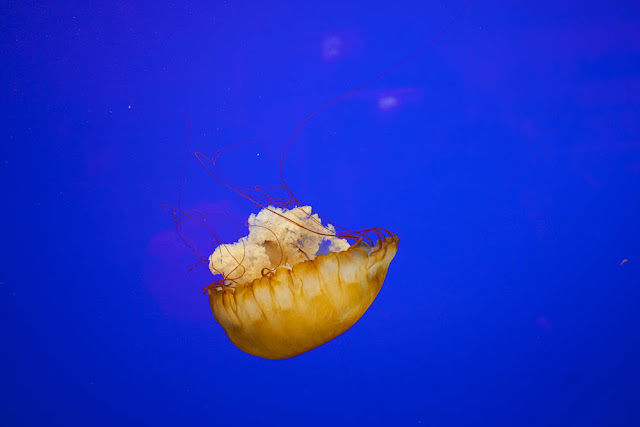 And, of course, despite the many amazing things that we were surrounded by, it was the playhouse by the bathrooms that they were most excited about. 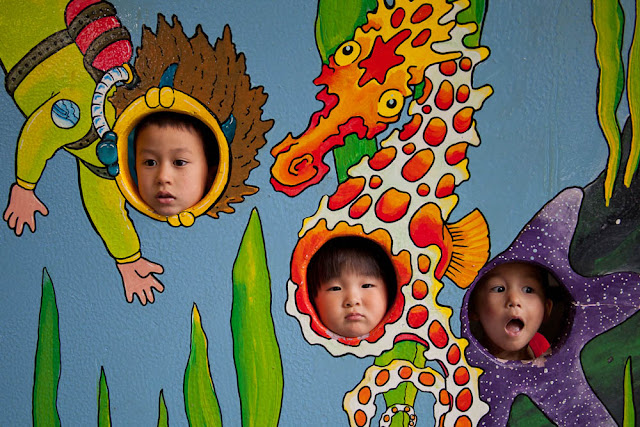 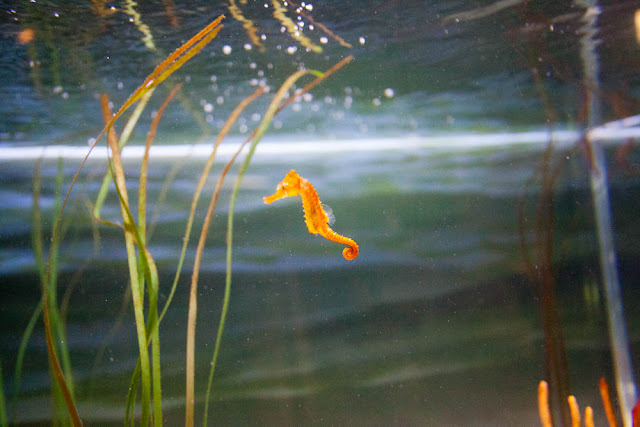 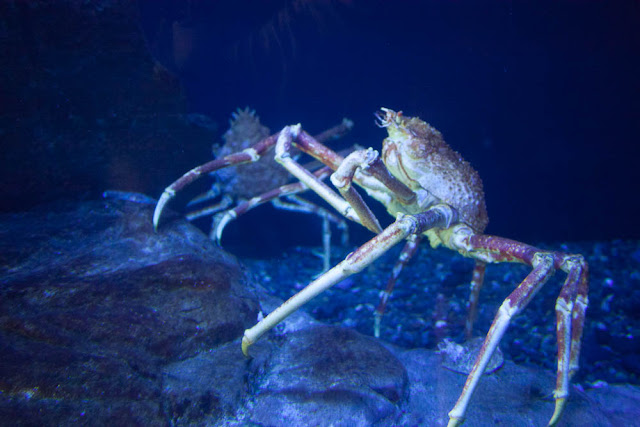 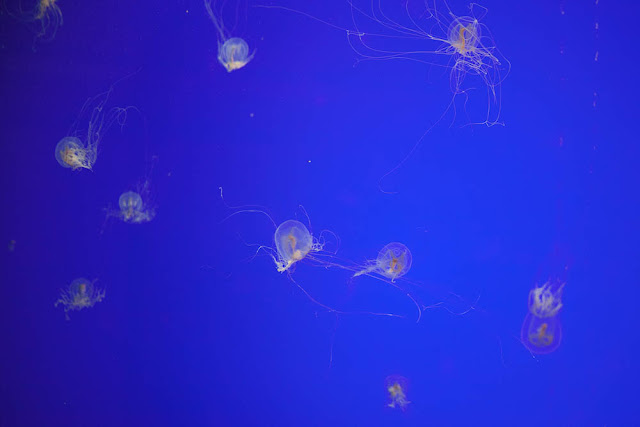 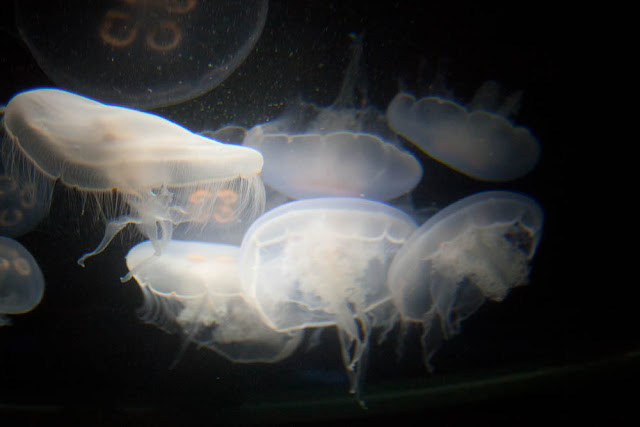 The first time I’ve ever seen a puffin in real life and this one came within inches as it crossed from one pool to another. Incredibly cute. 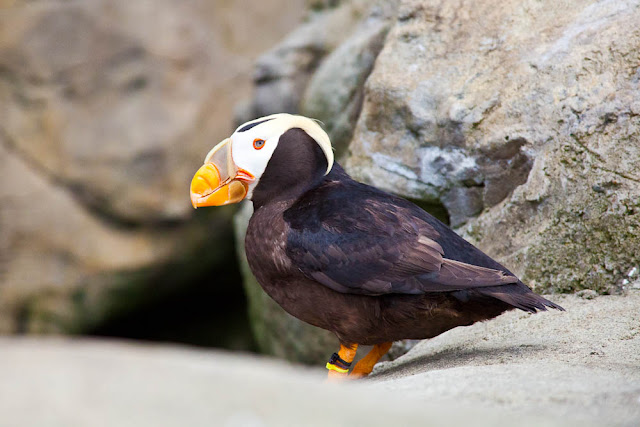 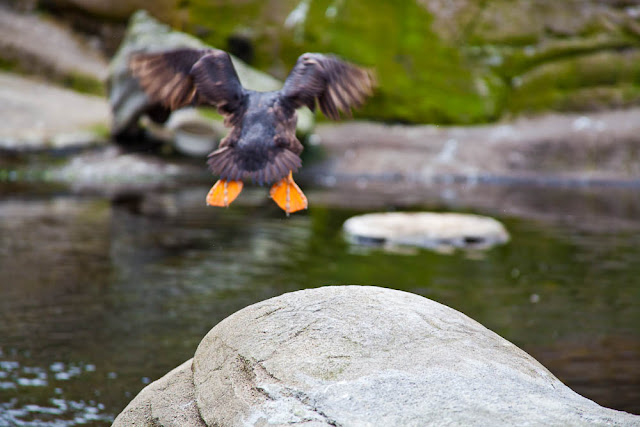 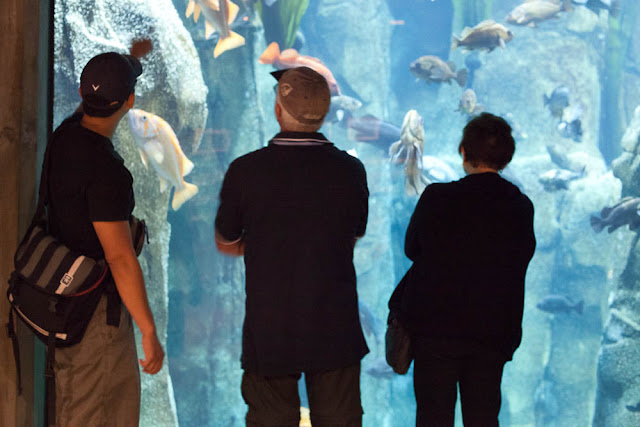 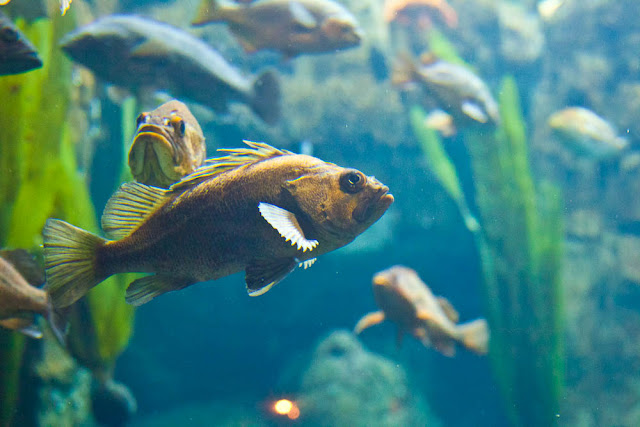 I won’t mention how long I waited to take this one either. Let me just say that uncooperative sting rays and glass glare make for a difficult photo subject. 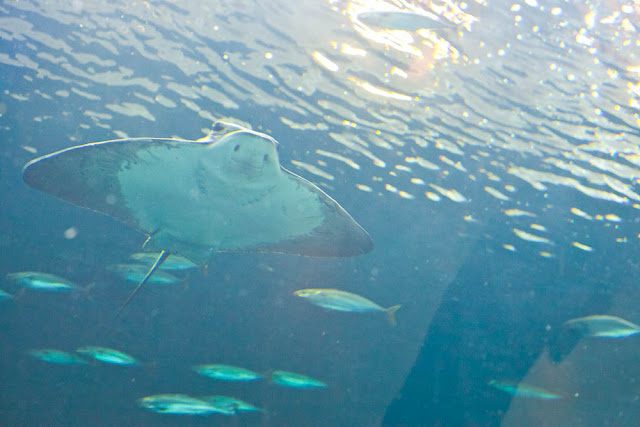 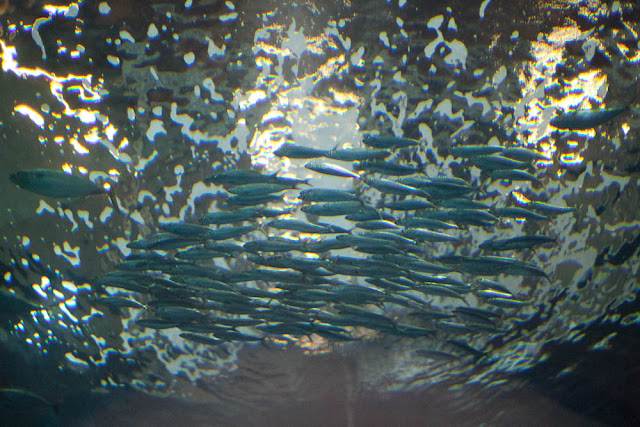 For some reason this next one cracks me up. I think it might be Thomas’ rock and roll pose. (Note: by some miracle, we managed to leave the two stuffed sharks in the store and escape with just a souvenir penny for each child). 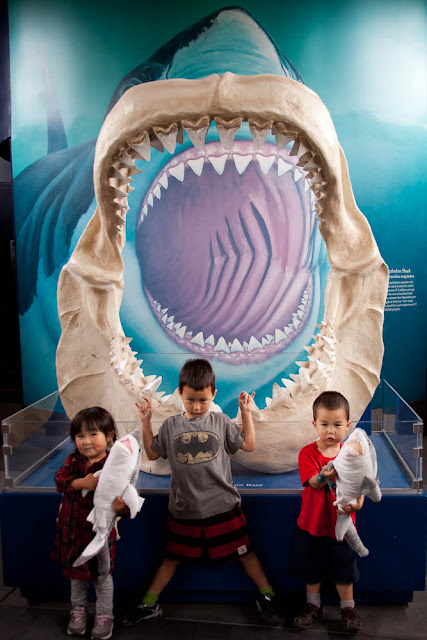 Had just enough time for a quick ride on a porpoise before we came dangerously close to a full overtired meltdown – both kids and parents. 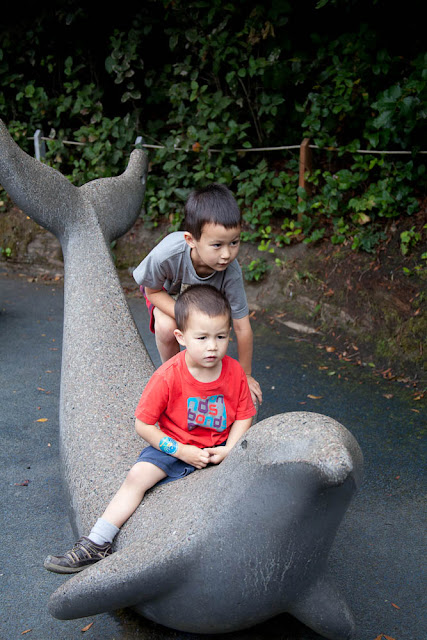 This entry was posted in Family, Oregon, Travel. Bookmark the permalink.