Thomas has really taken Karin under his wing. Sometimes she calls him Oniichan (big brother), other times Tomodachi (friend). He talks to her in Japanese and seems to understand almost everything she says. It’s sweet and more than I expected from this three-day-old relationship. They are kindred spirits.

Of course we’re also dealing with some jealousy issues from Samuel, mainly because his brother is more likely to spend time with someone who follows him around and does everything he wants her to do. Samuel is not that child, but, slowly, he and Karin have begun playing together. He calls her his little sister.

Right now all three of them are playing nicely upstairs. I’m enjoying it while it lasts. 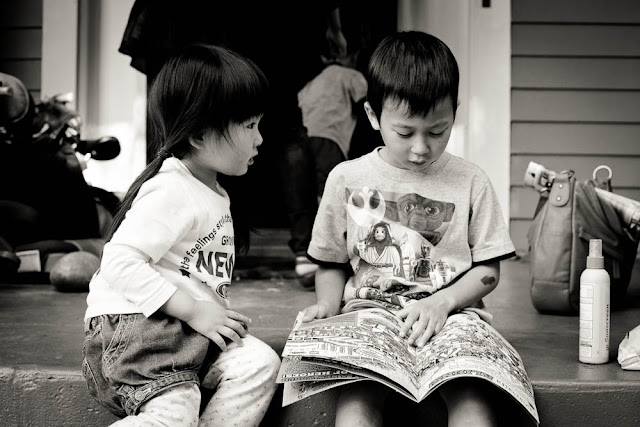 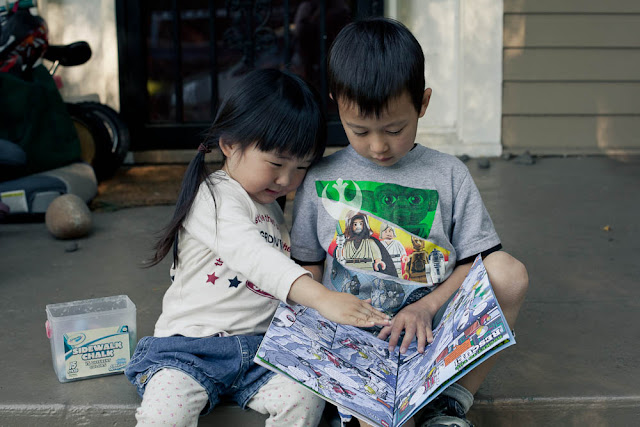 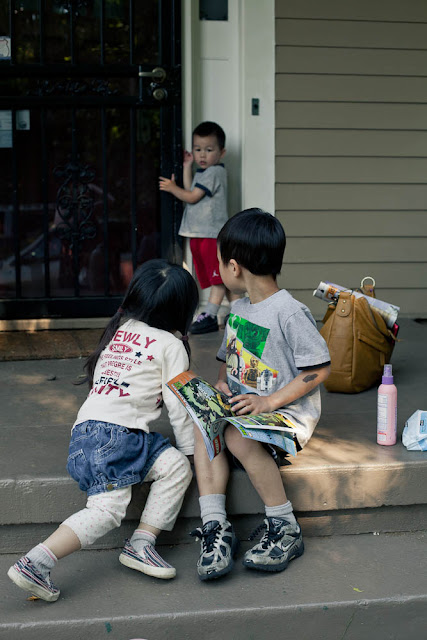 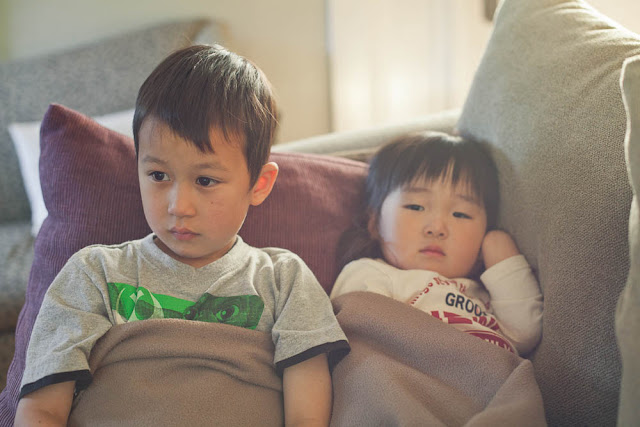 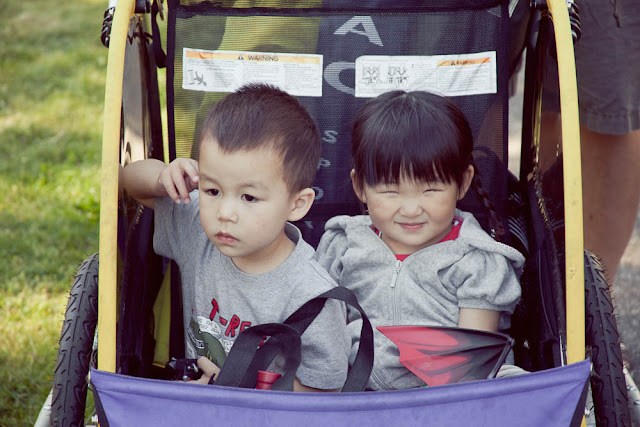 On a side note, Samuel fell down the stairs this morning. I watched from above as he went head over tail down about 10 steps and then hit his head on the closed door at the bottom. Samuel gained a huge bump on his head, I lost about three years of my life. We drove to the emergency room but decided on the way that, since he didn’t lose consciousness and was talking and laughing by the time we got there, that we were better off spending our time watching him at home to make sure he’s OK than sitting in a waiting room.

Three years of age is a dangerous time. This is the third fall that Samuel has had in as many days. I’m pretty sure he’s having a growth spurt and it’s contributing to his clumsiness. I just hope he regains his footing soon for my own health as well as his.

It was difficult to capture it in a photo, but I assure you that the bump was immediate and very impressive. 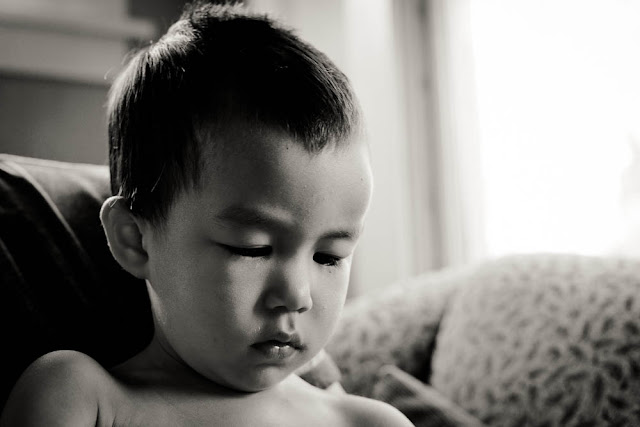 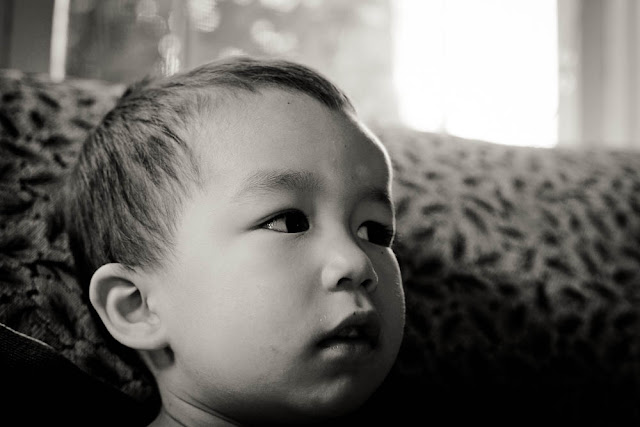 This entry was posted in Karin, Life, Photography, Samuel, Thomas. Bookmark the permalink.