I have vague recollections of visiting Port Arthur when I was a child of about 8 or 9 years old and I’ve always wanted to go back. It’s such a unique remnant of Australian history that I was excited to bring the boys along and teach them all about their convict ancestors – even if we failed to find any direct relatives in our search of the electronic records. I remain convinced, however, that we must have at least one or two criminals in our family history. It makes for a good Aussie origin story.

We were lucky that our visit was timed just days after they pulled scaffolding down from the ruins of the main prison. Apparently the facade was in danger of toppling over so they spent the past couple of years reinforcing the walls and they were kind enough to finish the work just before we arrived. 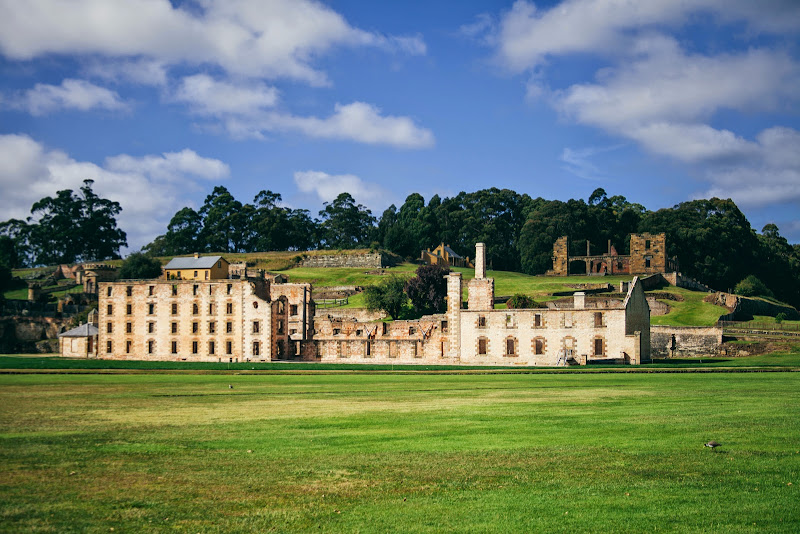 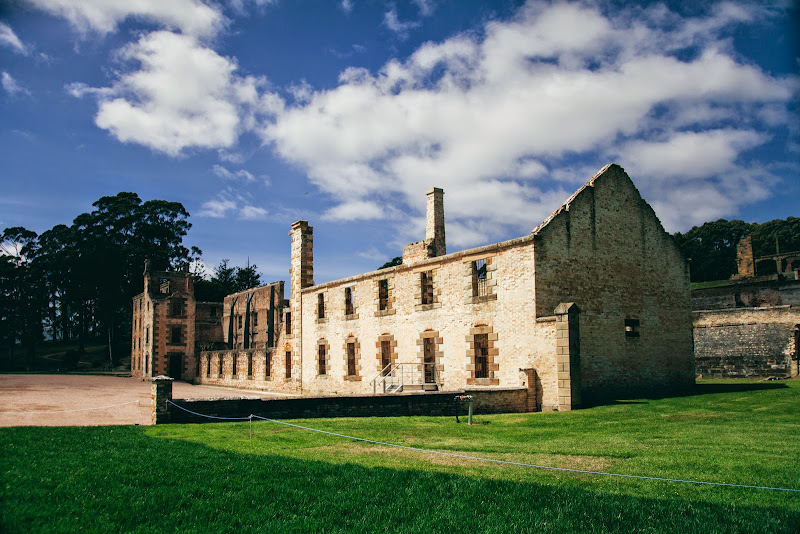 The first thing we did on arrival was to take a tour of the site with a Port Arthur guide. He gave us the lay of the land and talked about some of the history. It was nice beginning to the day and set us up well for many, many hours of walking around… 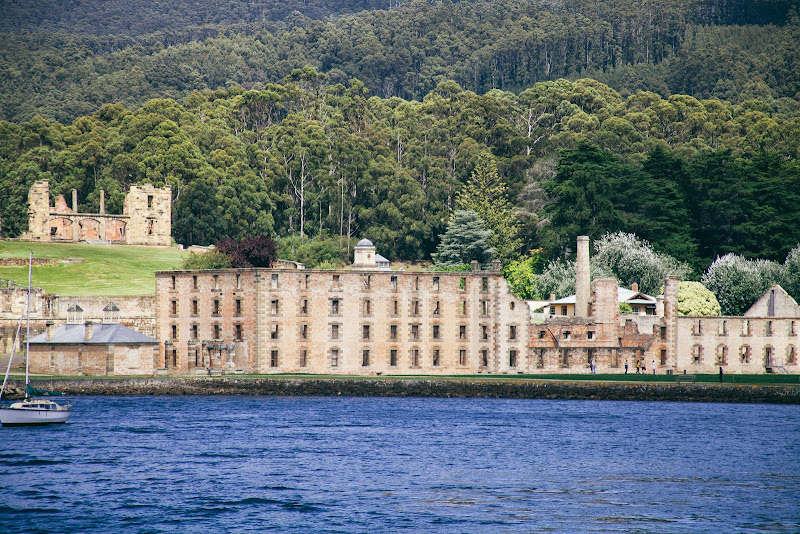 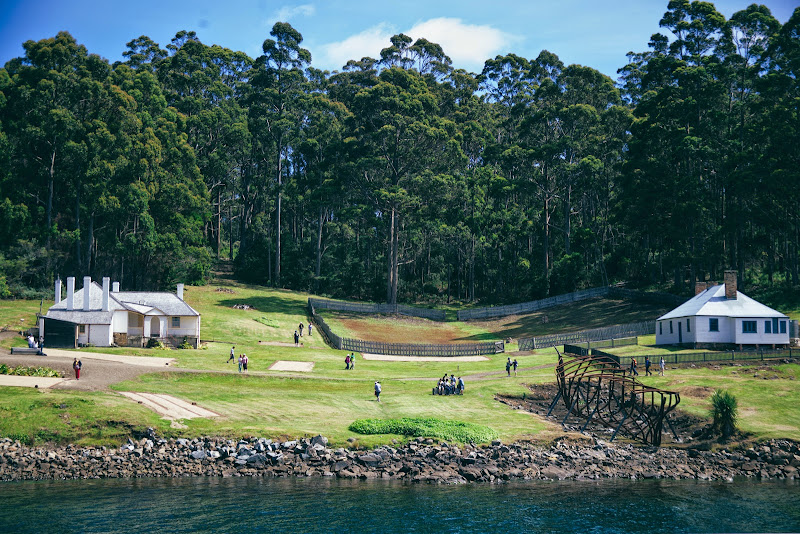 …and circle the Isle of the Dead where they buried many of the colony’s inhabitants. 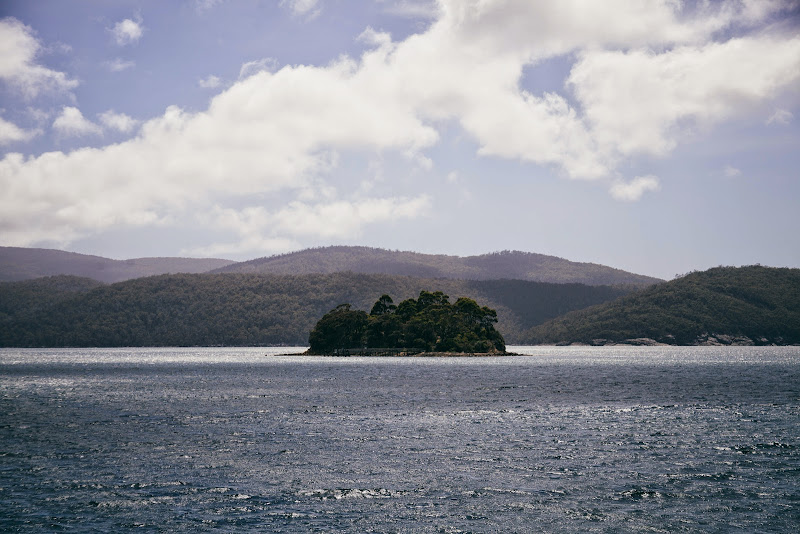 Soon it was time to return to dry land and explore all that Port Arthur has to offer – and that’s a LOT. We walked around for about 6 hours and I still feel as though we may have missed a building or two. 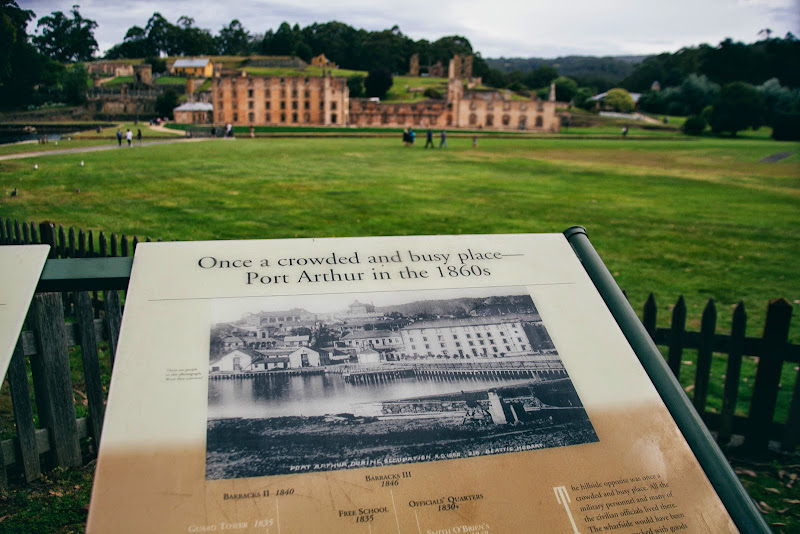 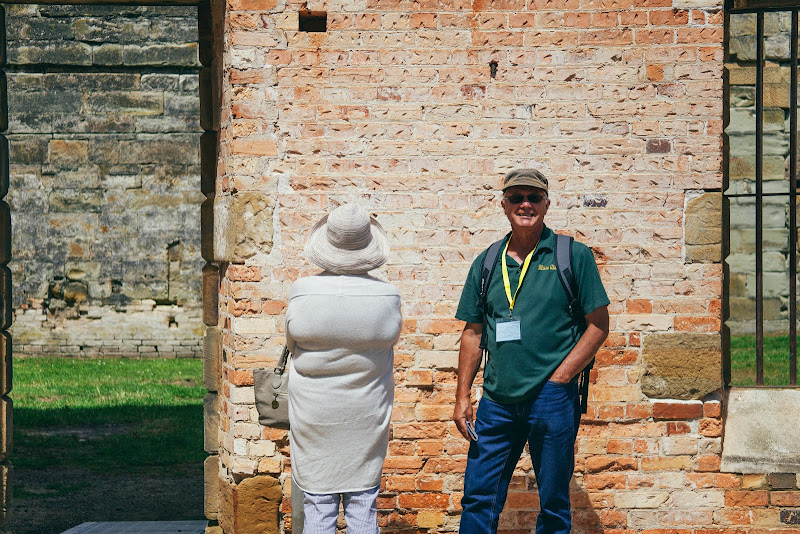 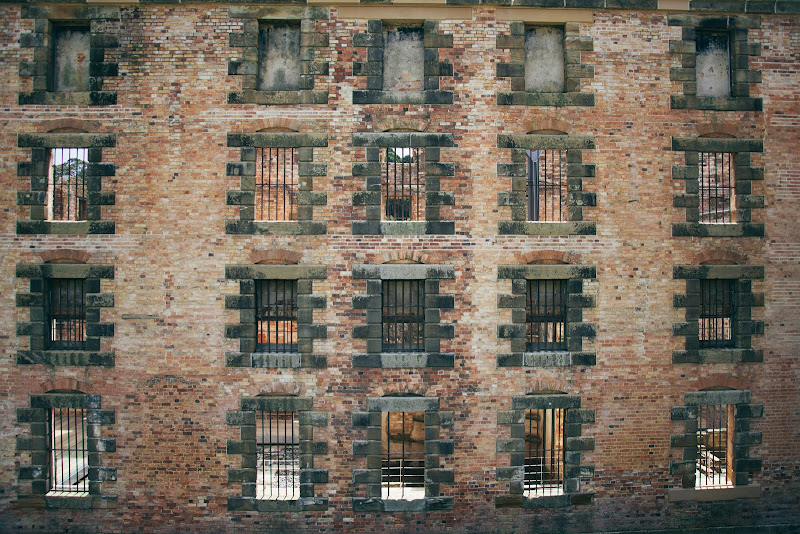 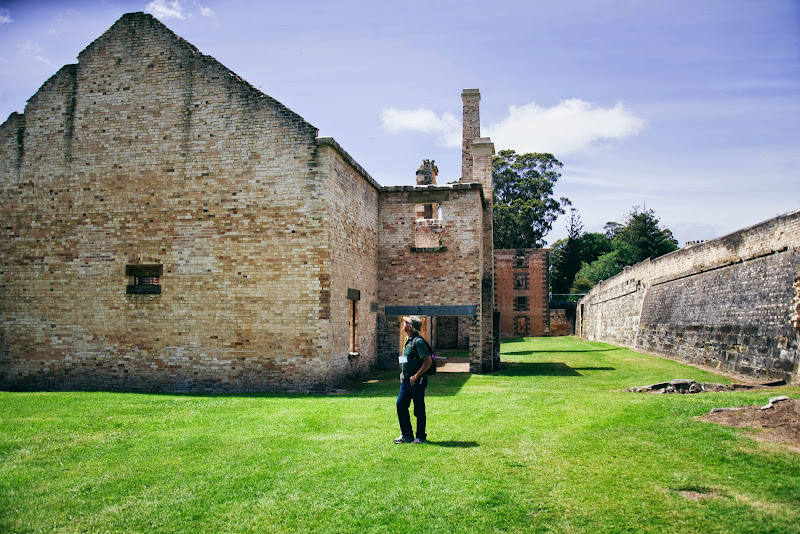 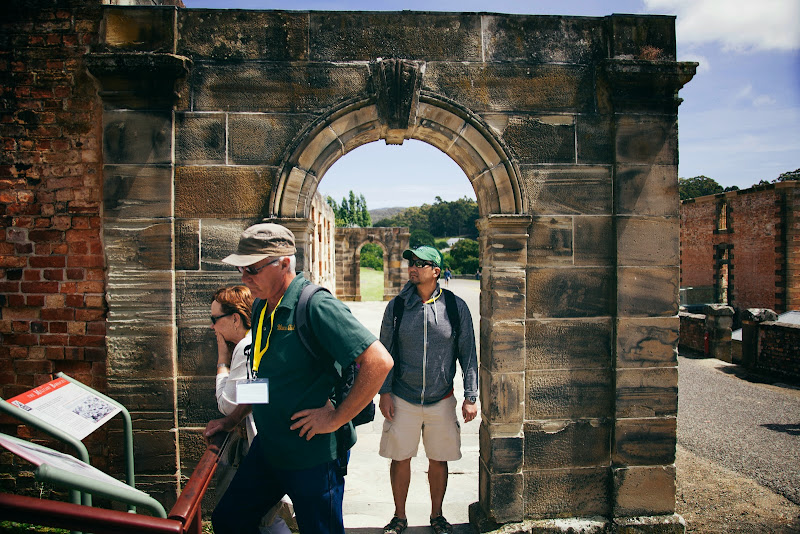 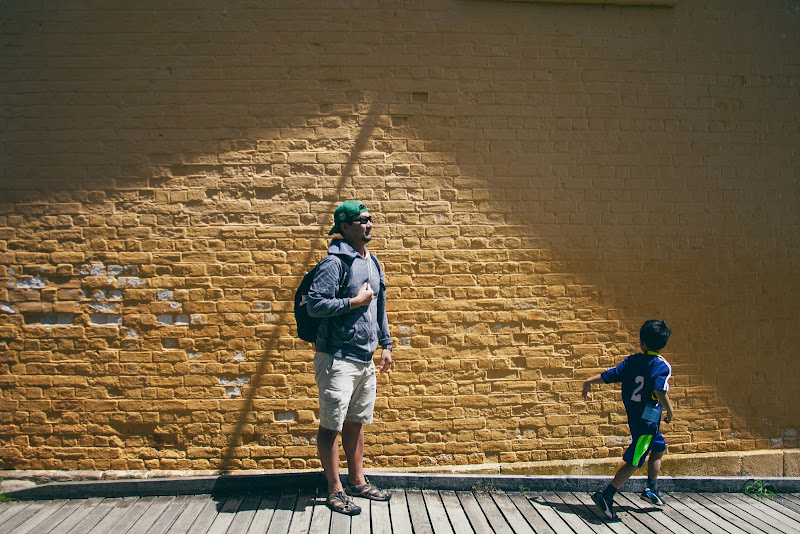 It was so interesting to walk into these old houses and try to imagine what life was like 150 years ago. They apparently canned a lot of jam. 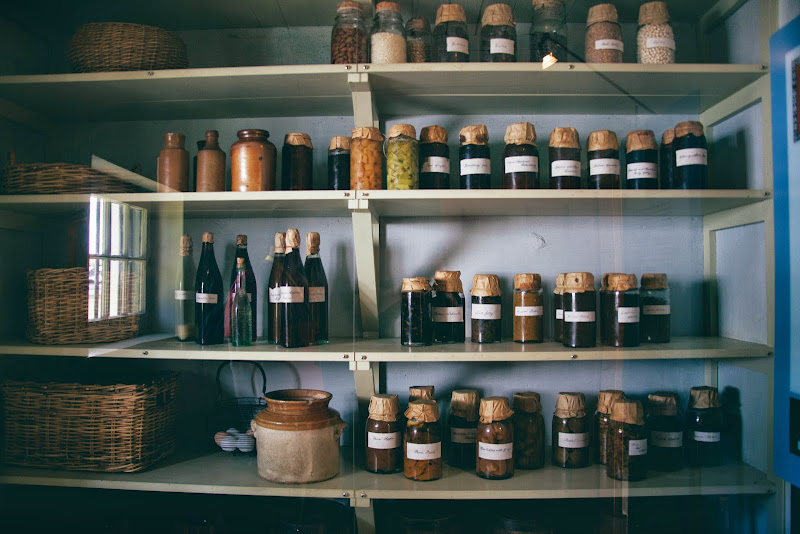 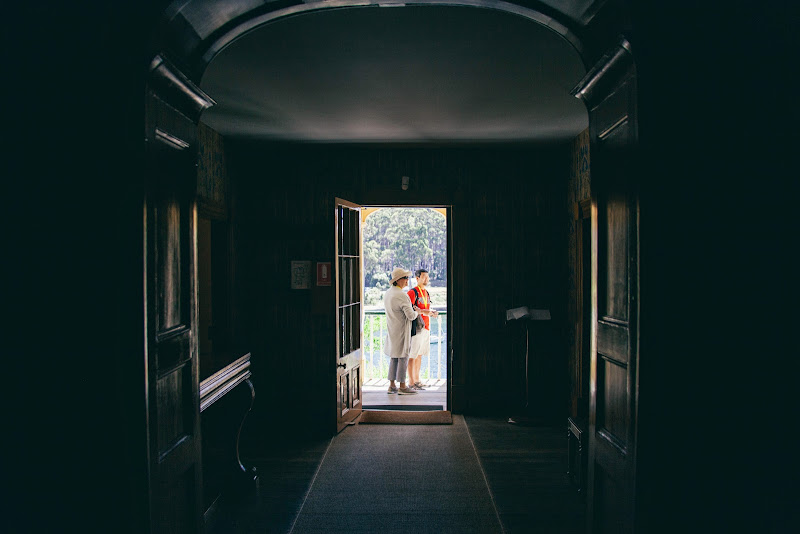 After lunch we were treated to a little pantomime about a boy who was transported to Australia and sent to Port Arthur for stealing. 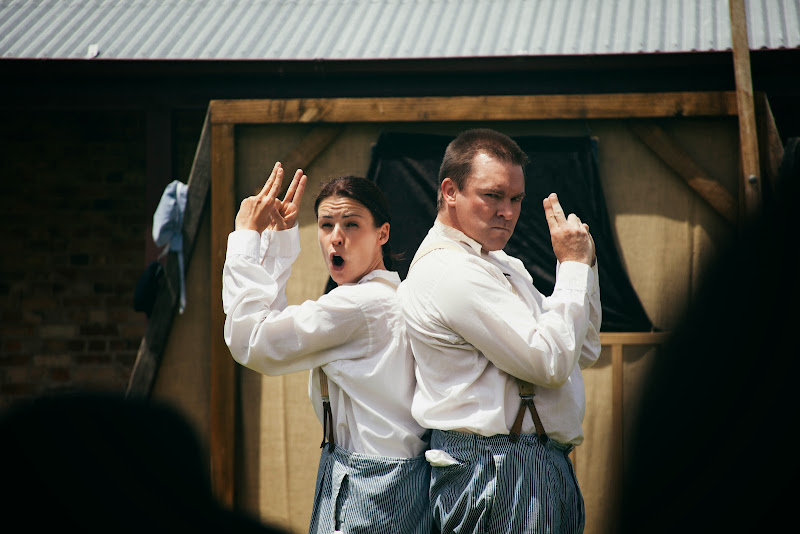 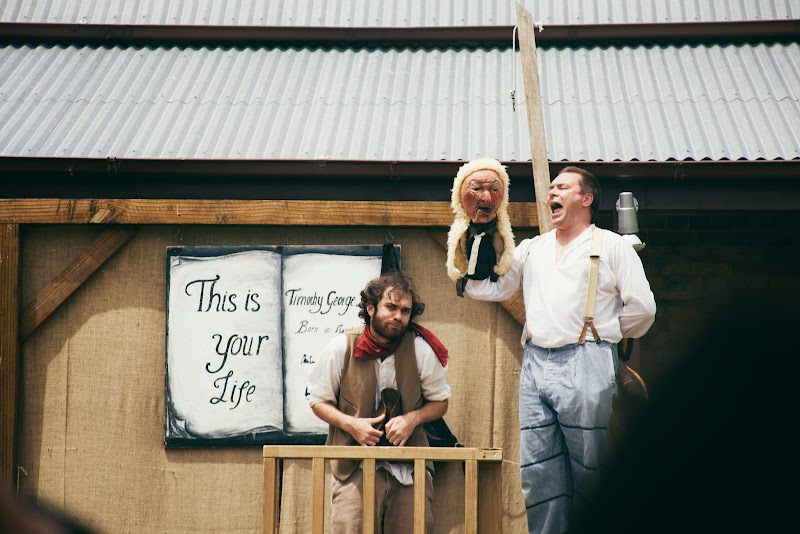 The most interesting building, in my opinion, was the separate prison. This is where they sent prisoners to solitary confinement. The entry had speakers playing sound effects of keys in locks and men walking around. It really set the mood. 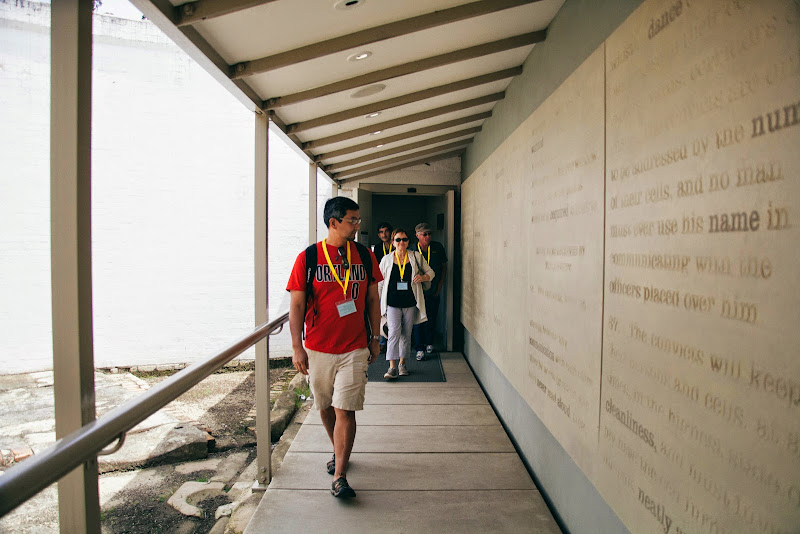 The cells were cozy (although not in a good way). I found it interesting that they slept on hammock-like structures instead of regular beds. 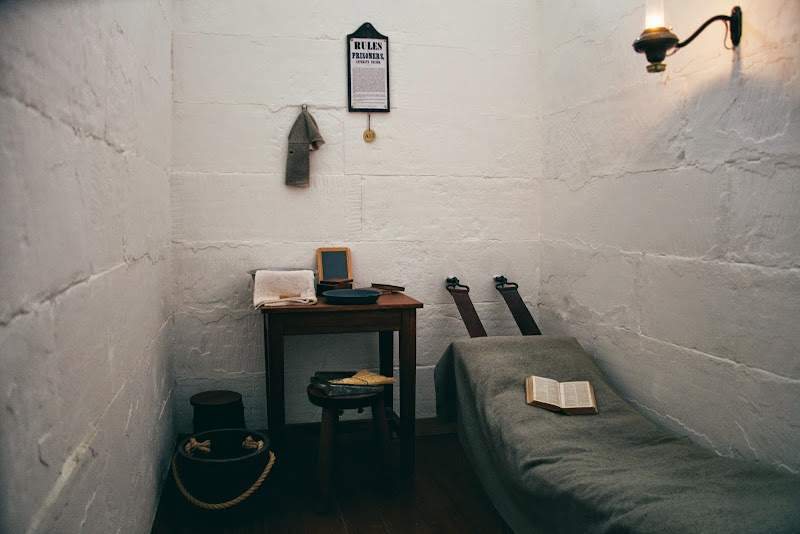 By the time we reached the separate prison, Port Arthur had started to get a little more crowded. Good thing Thomas was wearing an orange and yellow version of his Were’s Waldo outfit. It made him easy to find in the crowd. 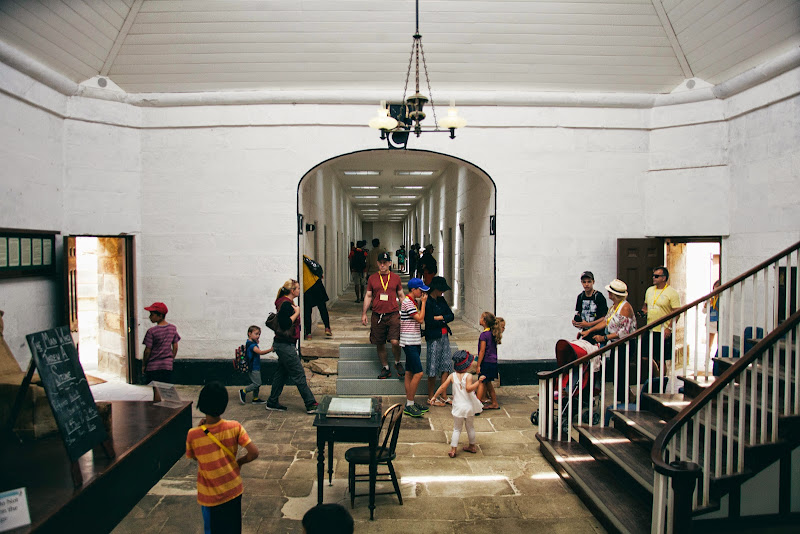 The separate prison also offered the opportunity to step inside the solitary cell. After the door is closed there is nothing but black silence. Needless to say, no one wanted to stay in there long.

We did spend a lot of time in the chapel, however. 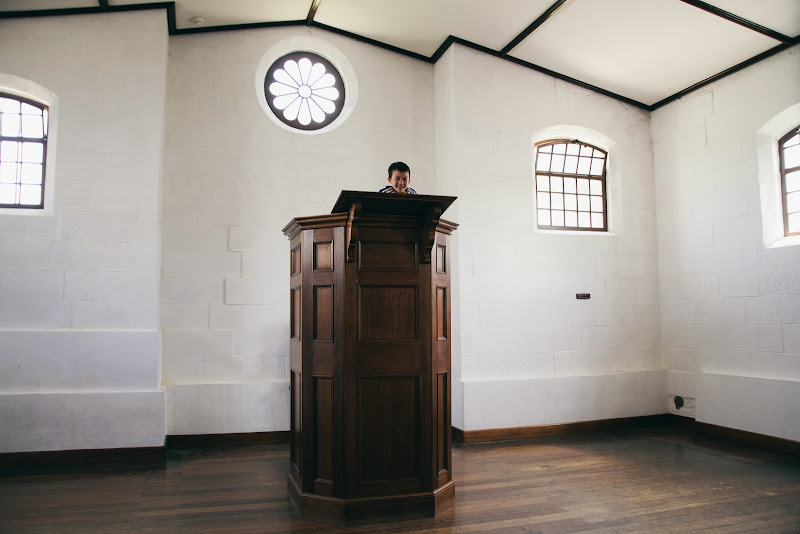 Samuel gave me a demonstration of exactly how he was able to see over the pulpit. I love it when they work as a team. 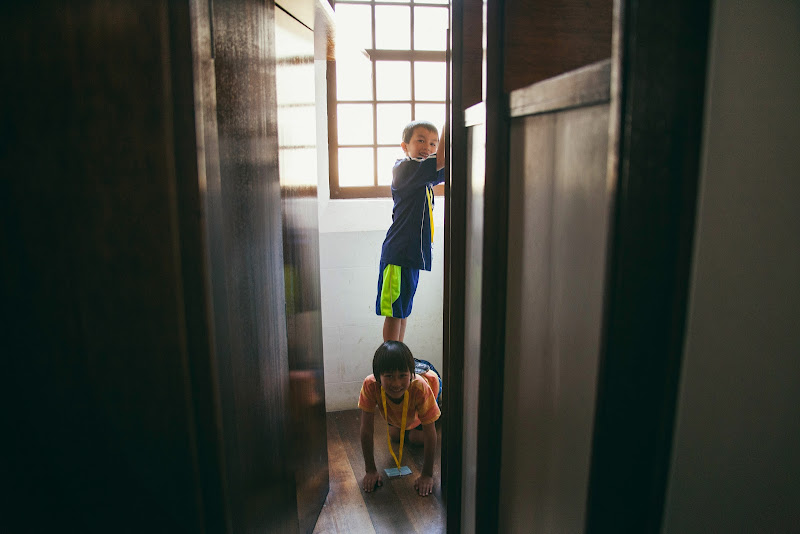 Each prisoner was locked inside a box that was blocked on each side. It was designed for them to be able to see the priest but not each other. Needless to say, plenty of photo opportunities.

Just a few of the prisoners who spent time within these walls. 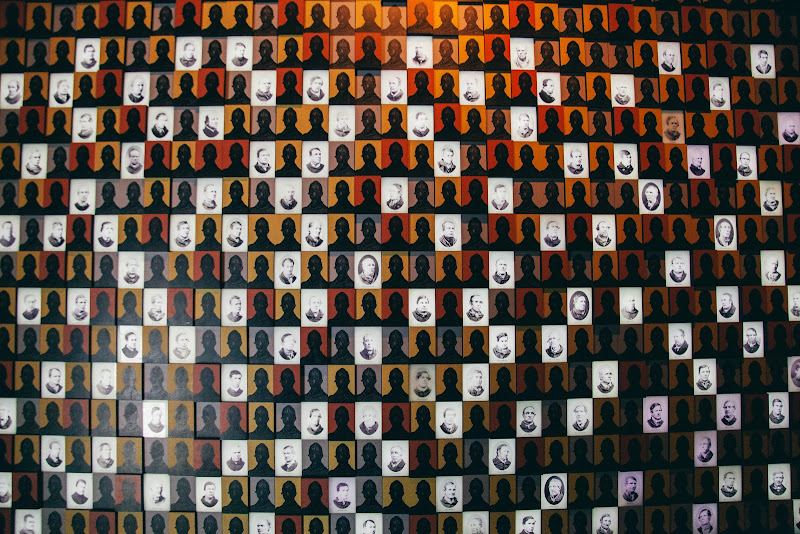 We escaped the separate prison (see what I did there?) and continued to walk around the grounds. I continued to take pictures so I apologize for this very photo-heavy post.

Love this photo of my Mum. 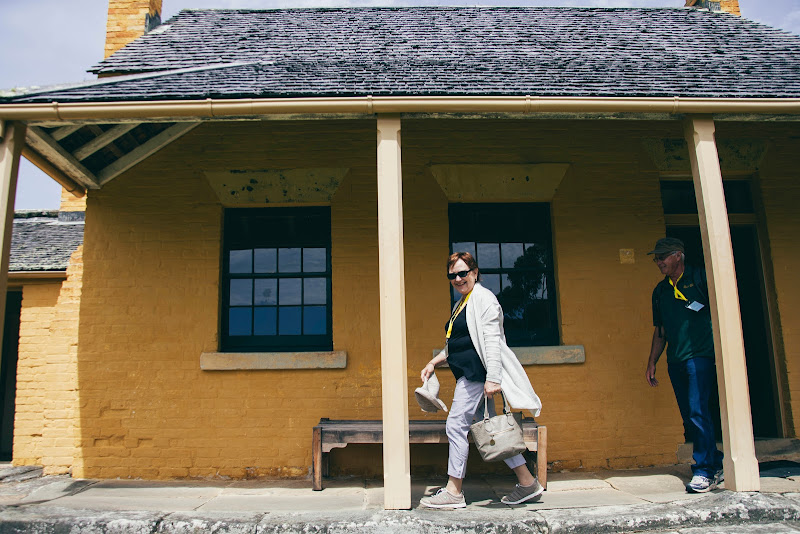 Some of the gardens were gorgeous and the perfect weather just made the experience all that much more enjoyable. I can’t imagine coming here in the winter. 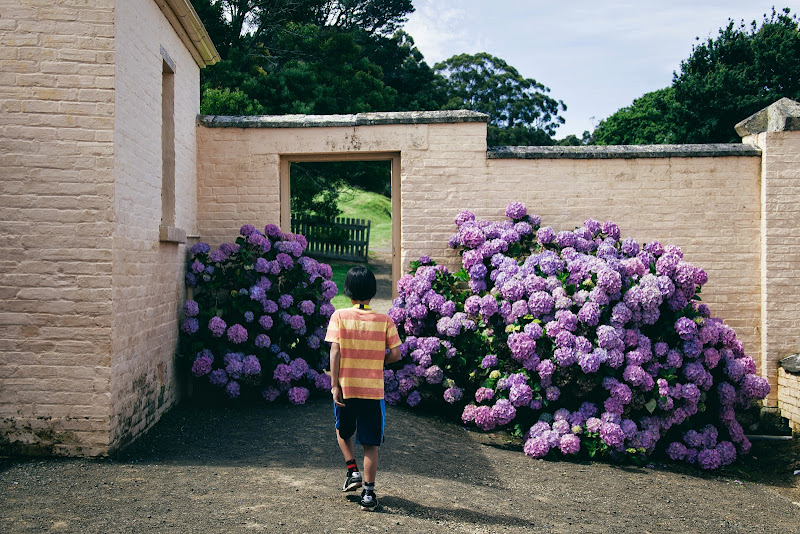 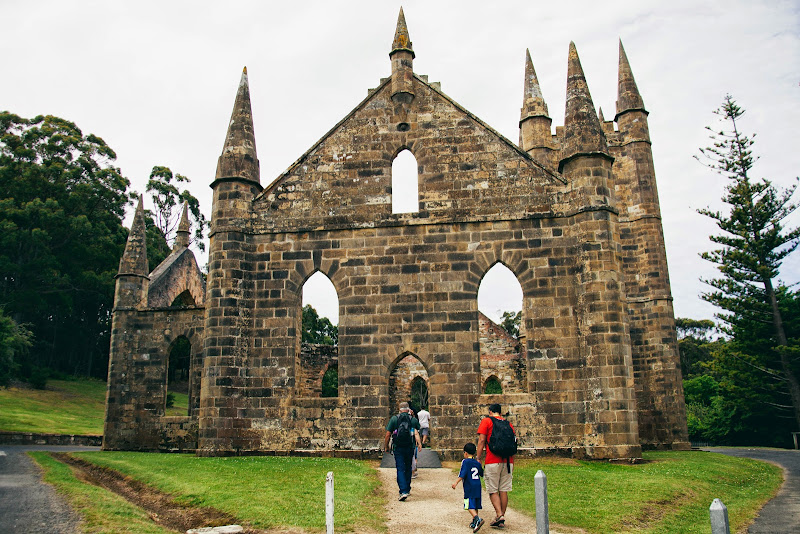 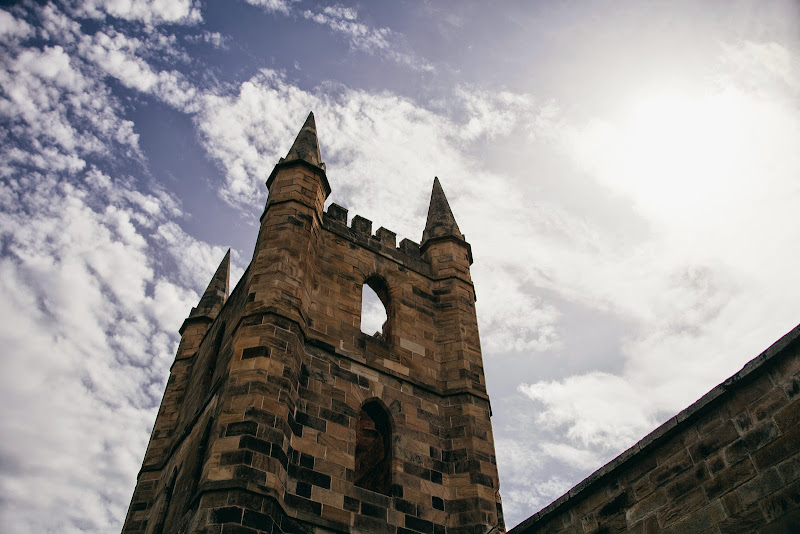 I dream about a garden like this – and the 50 gardeners it would take to keep it weed-free. 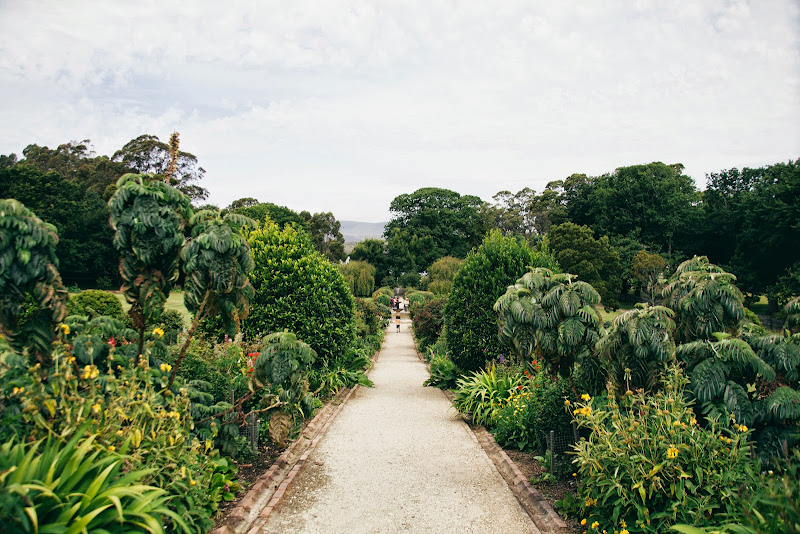 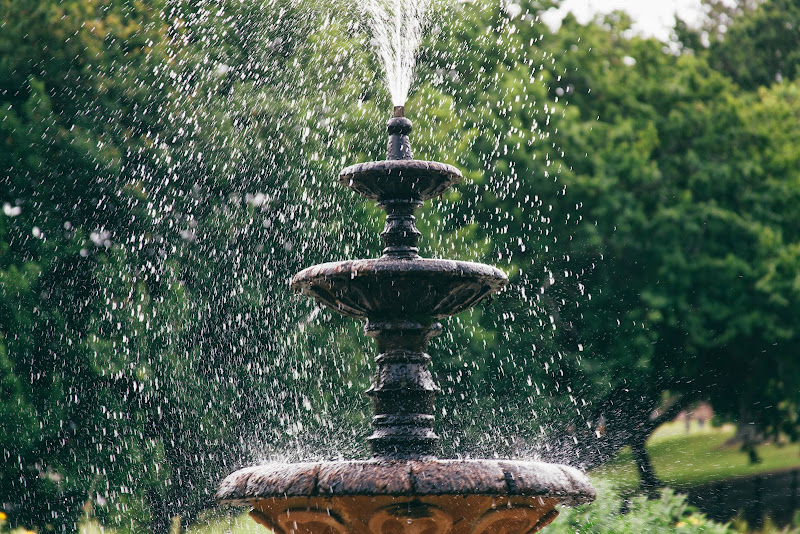 What a wonderful experience and a must-see if you ever find yourself in the southern part of Tasmania. We managed to squeeze everything into a one-day visit but only because we arrived a couple of hours before they closed the day before. I think Port Arthur is a two-day attraction at the very least.

I also highly recommend the Port Arthur Holiday Park for accommodation. We stayed in a Waterview Cabin which slept 6 people and was, I think, about $120 a night. It was clean and modern and came with water views.

Finally, photographic proof that I was there before we hit the road to Hobart. 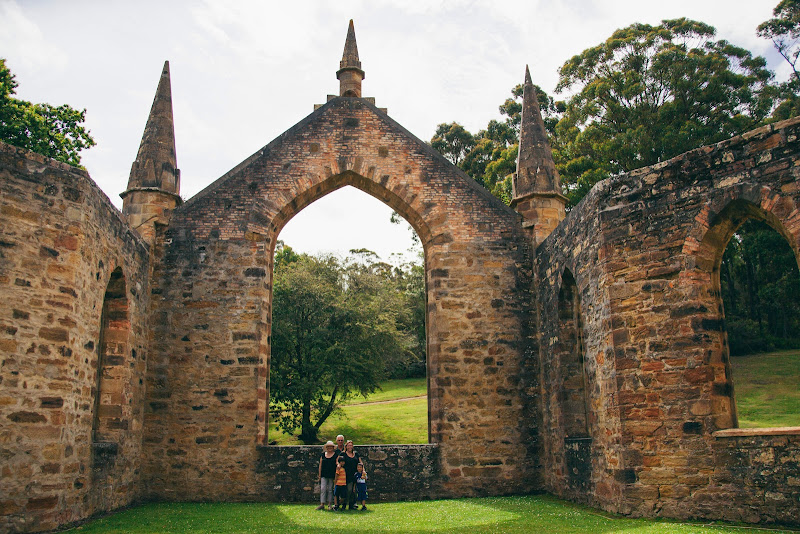