After our amazing visit to Freycinet National Park, the Griswolds hit the road again for the next part of our journey to the southern part of the island. Our destination this time was the Port Arthur Historical Site but, as with most journeys, getting there was half the fun.

We left Swansea as the sun glittered on the surface of the Great Oyster Bay and waved goodbye to the Freycinet Peninsula on the other side. 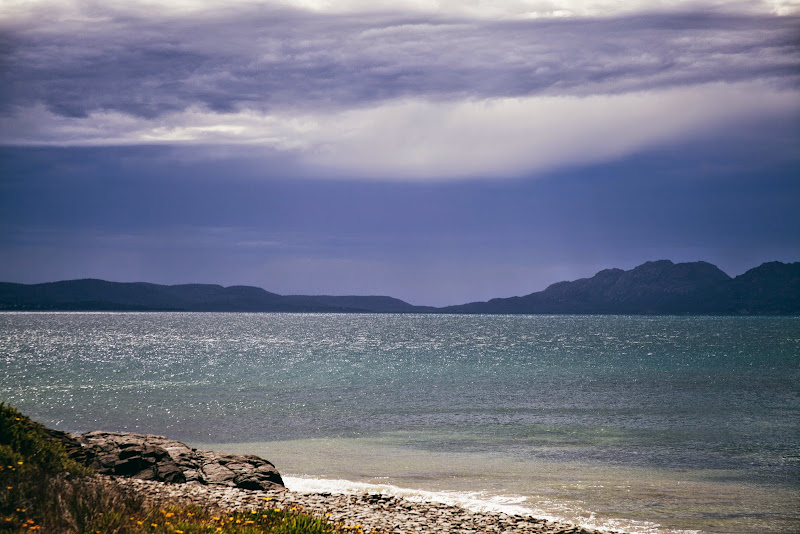 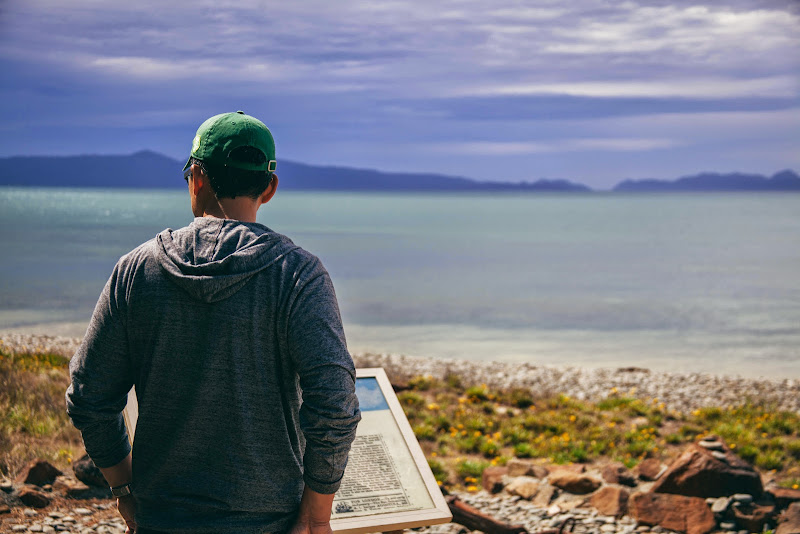 On our way out of town, we stopped at a memorial to the Resolution, a ship that wrecked in 1850, taking the lives of 6 children. It’s a sad story and a reminder of how treacherous life was for those early settlers. A search on Wikipedia brings up a very long list of shipping tragedies in Tasmania’s short history. 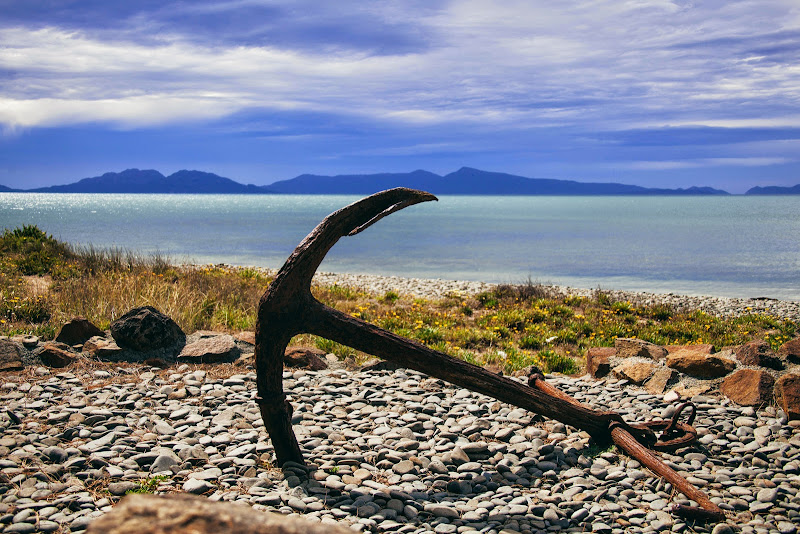 A few kilometers further down the road, we stopped again to take a look at Spikey Bridge. It was built by convicts in 1843 and no one knows exactly why they opted for the spikey design. Was it to stop Cattle falling over the edge? Or just some creative license? All I know is that we spent a long time looking at a bridge, so well done to the convicts for building something that can capture the imagine of two young boys more than 150 years after it was built. 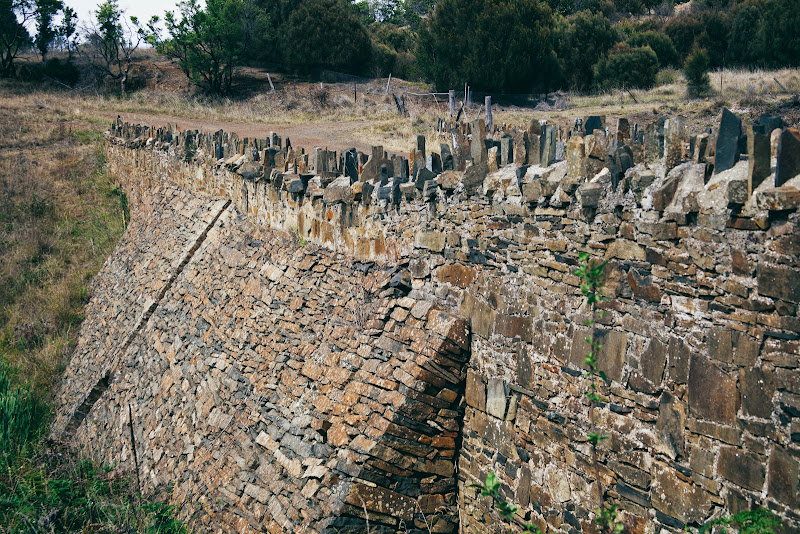 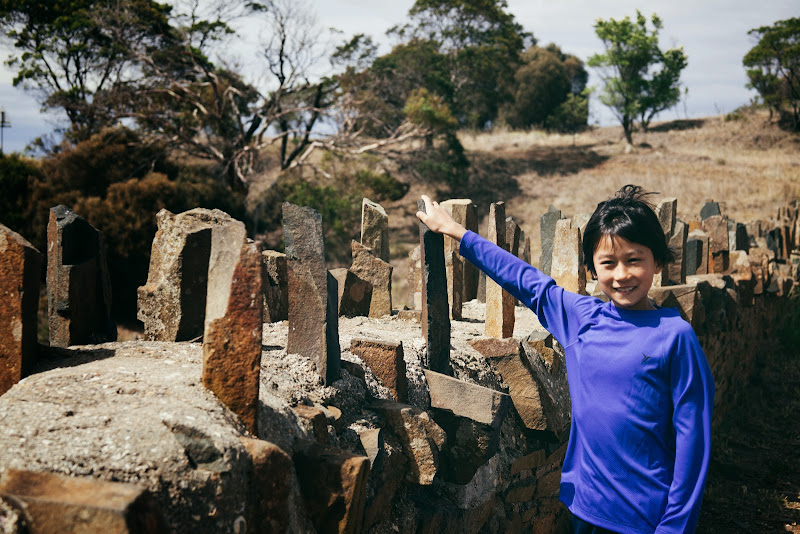 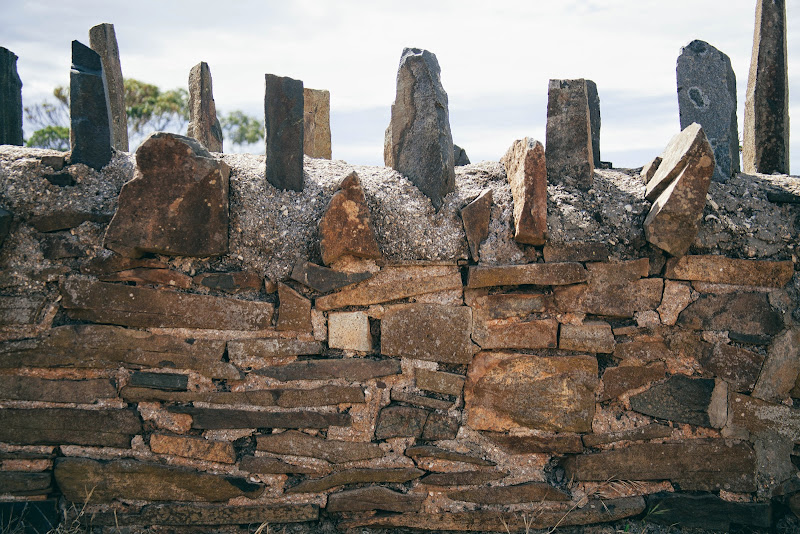 As we traveled further south, we passed one historical building after another and, sometimes to the dismay of my children, found ourselves stopping for a quick photograph or the chance to explore a part of history. 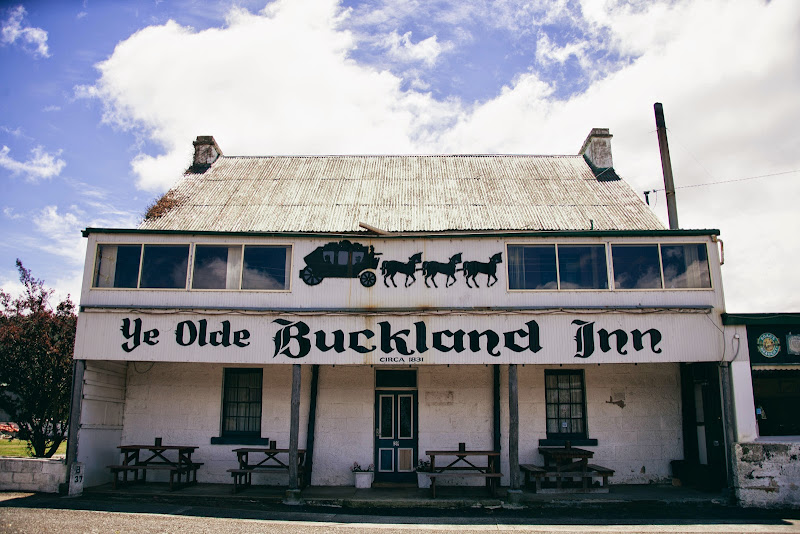 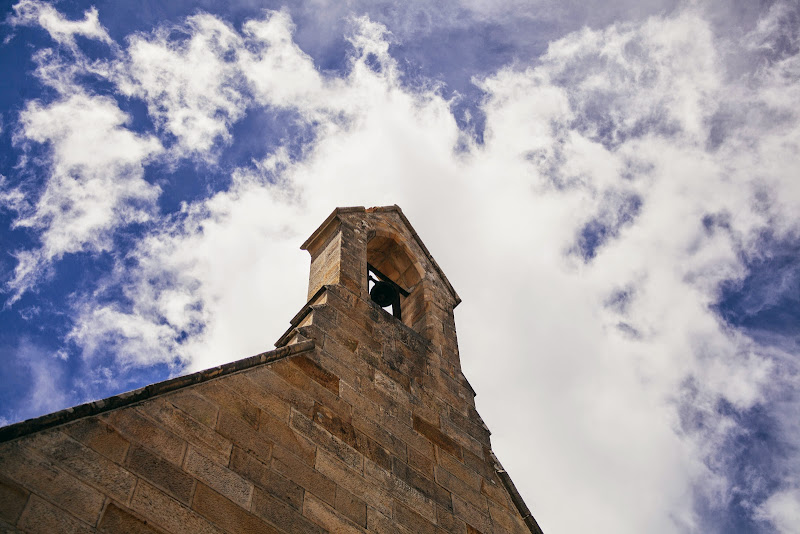 This tiny little community church had gravestones that were more 150 years old. 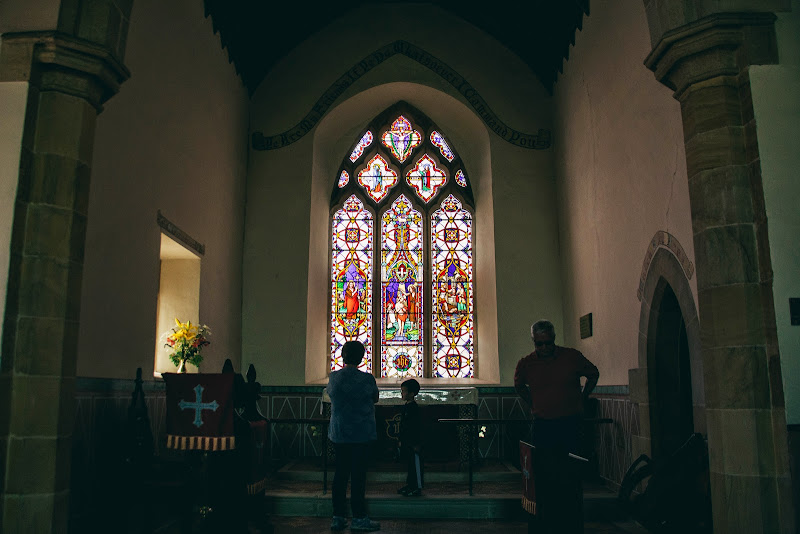 After a quick stop for lunch in Bicheno (meat pies, yum!), we hit the road again, passing through some areas that were devastated by bushfires a few years ago – a very good reminder that, despite it’s beauty, the Aussie landscape can be incredibly harsh.

Dad told us that our next stop would be the Tesselated Pavement at Eaglehawk Neck. Um, what? A pavement? Really? As much as he tried to explain it, we didn’t understand how a pavement could be interesting. But, as we drove up, we discovered that it was interesting enough to be designated as a State Reserve. 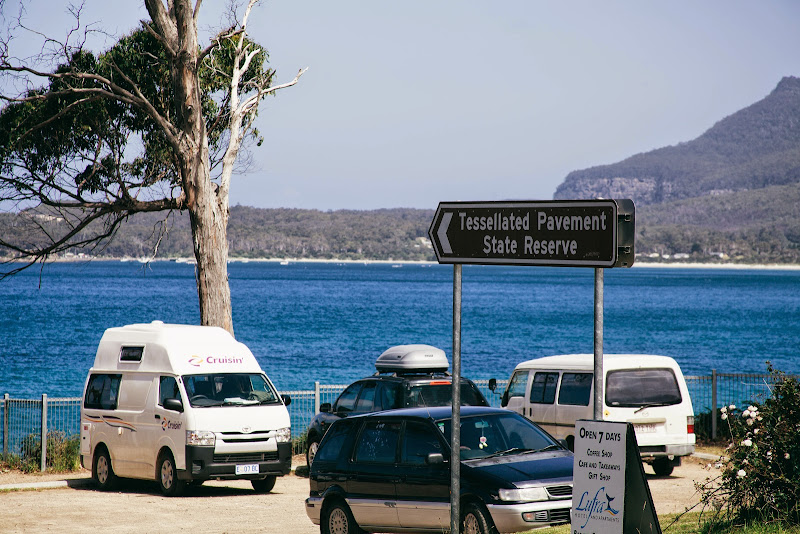 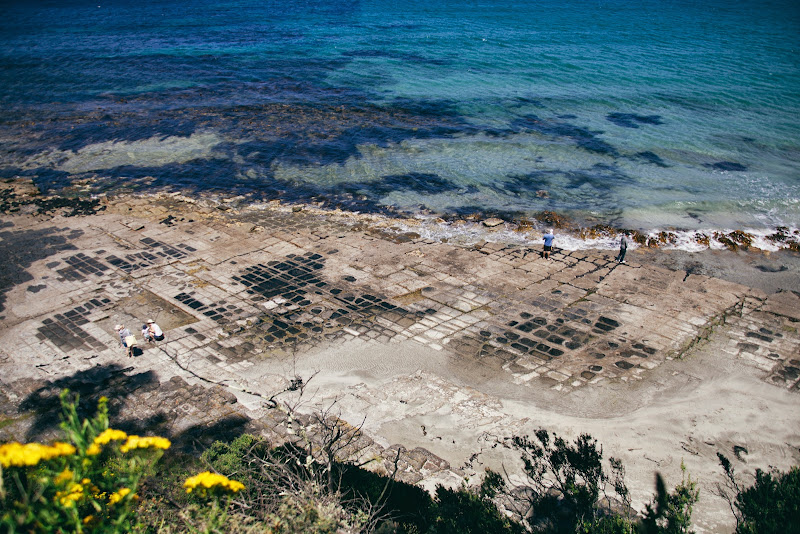 The “paving” carved out in the rock in near-perfectly symmetrical squares was all created by nature. It truly is one of the most incredible things I’ve ever seen.

We walked down to explore more closely and discovered rock pools filled with ocean creatures of all shapes, sizes and colors. 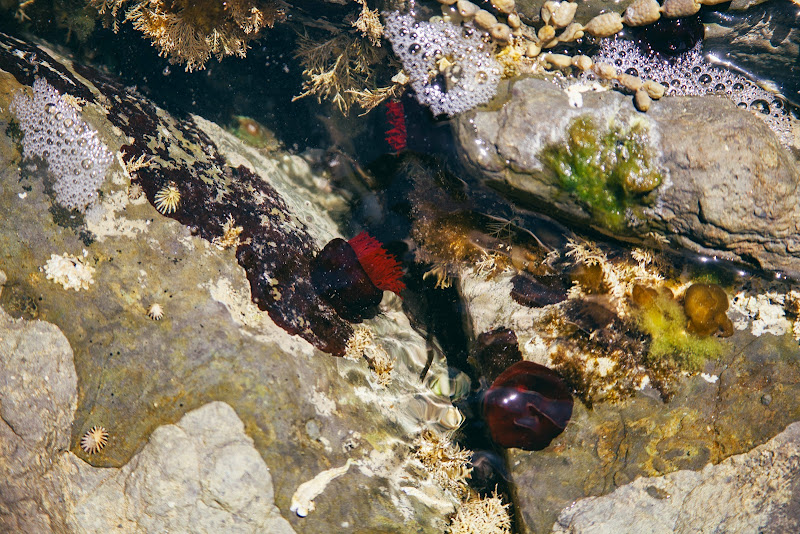 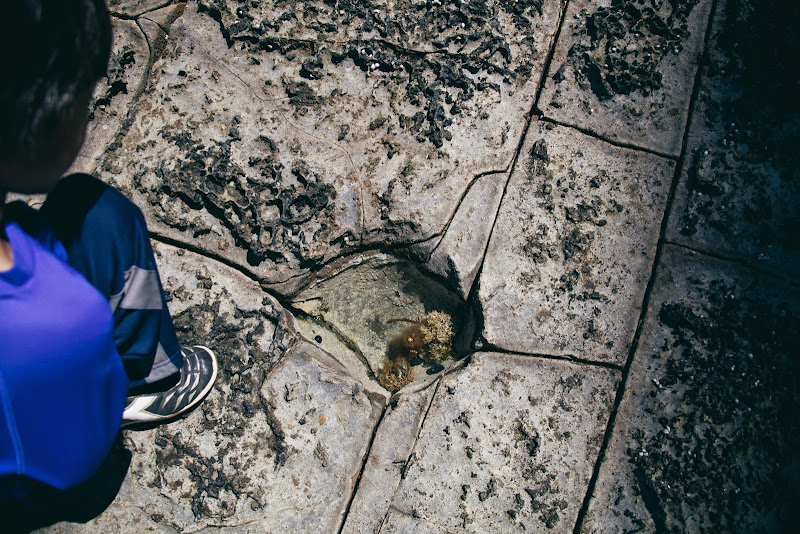 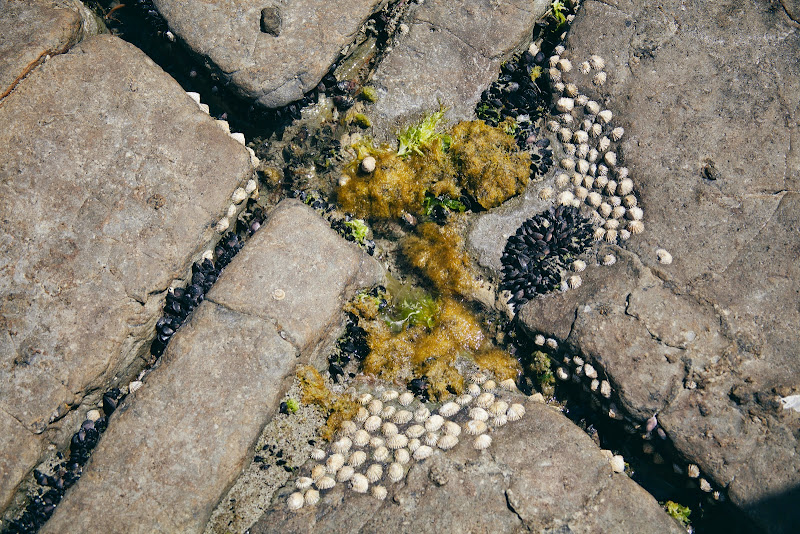 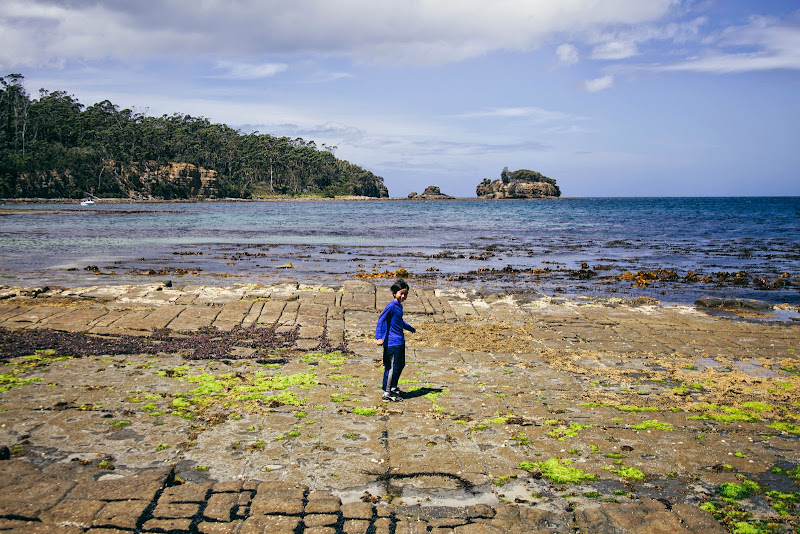 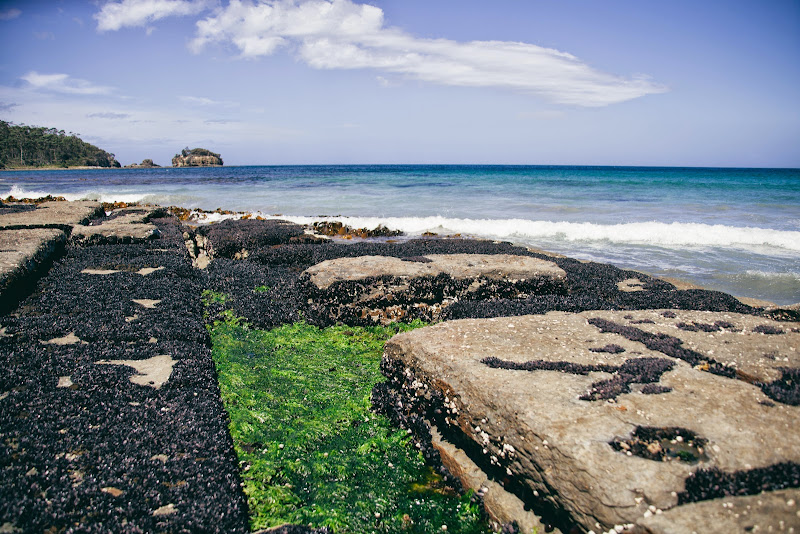 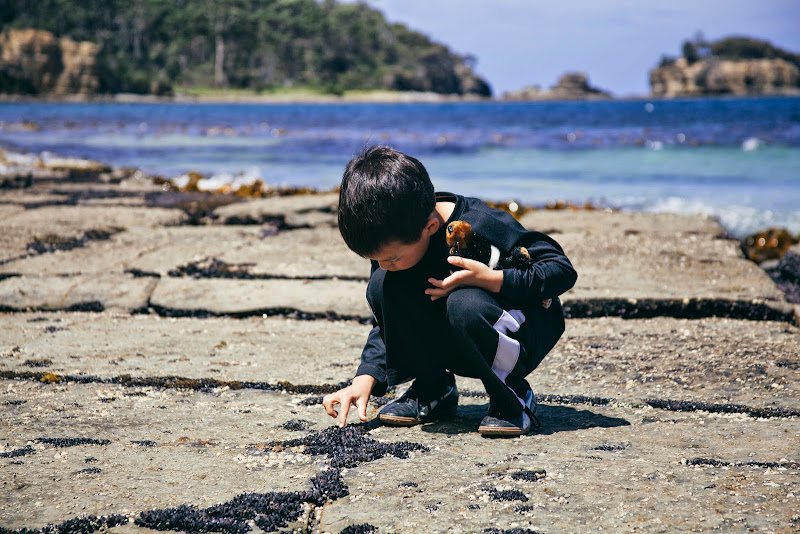 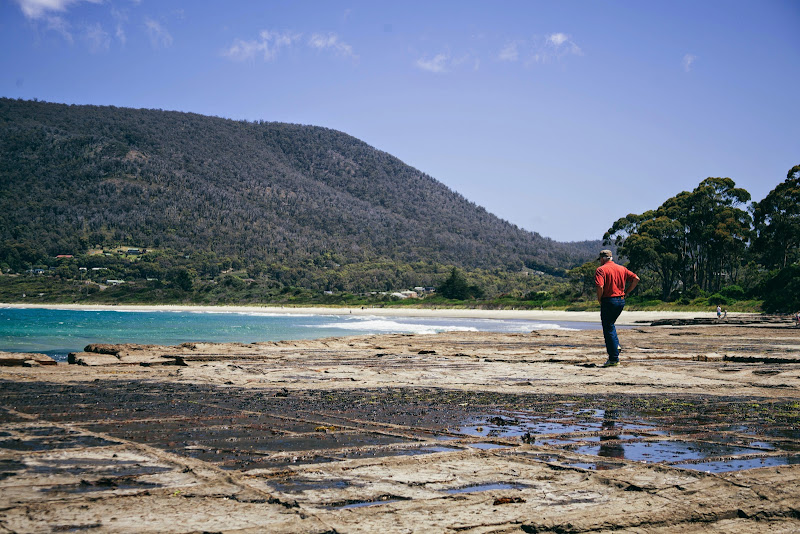 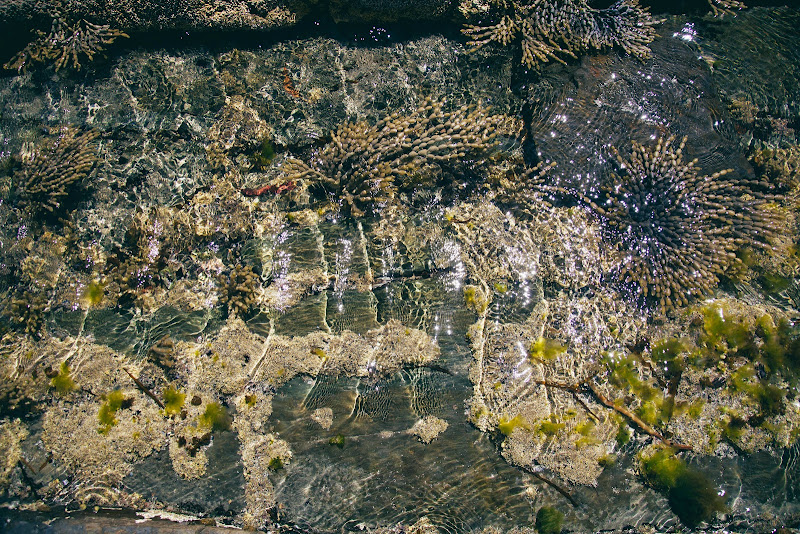 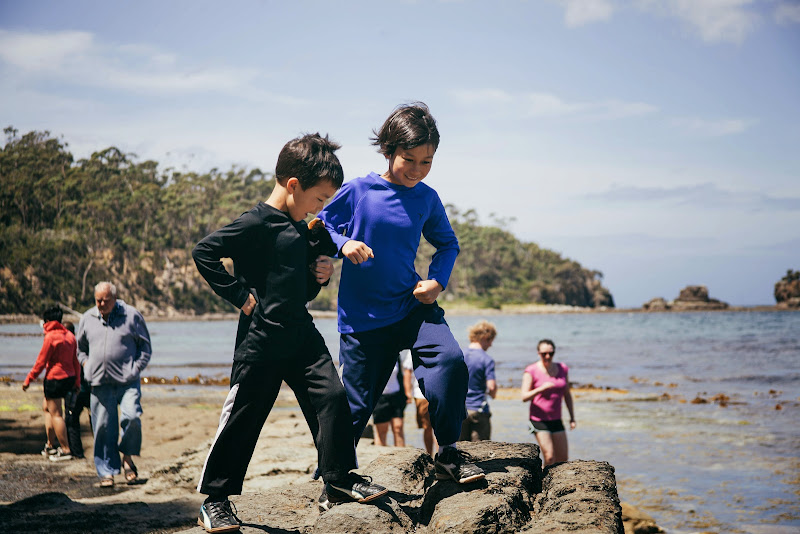 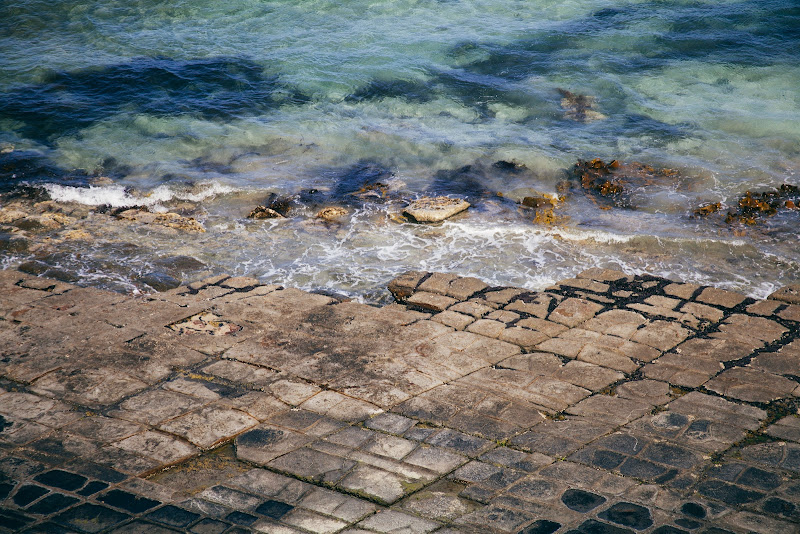 While I think we could have easily spent many more hours investigating the tide pools, it was important that we made it to our Port Arthur before it got too late. So, we said a fond farewell to this wonder of nature and drove toward our final destination for the day.

On the walk back up to the car, I took a few photographs of the gum trees against the brilliant blue sky because, when I think of Australia, that’s often the image that comes to mind and it was the perfect opportunity to capture it forever. 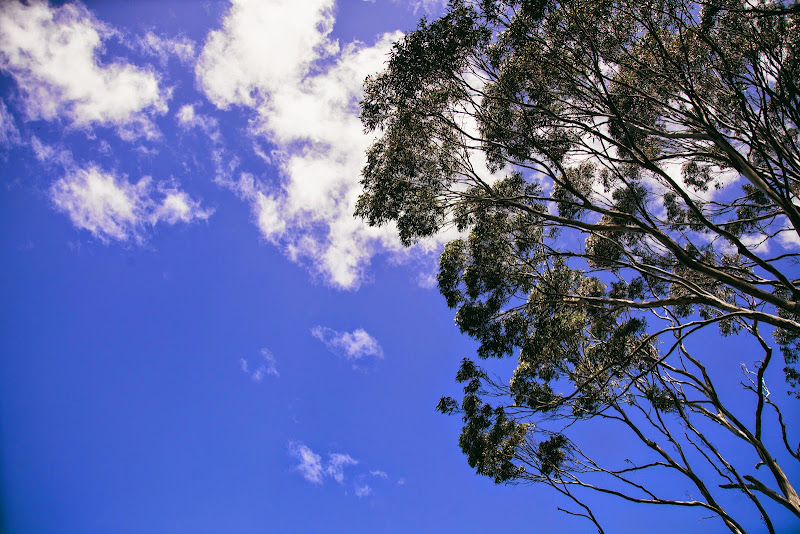 Next up: looking for the ghosts of Port Arthur.