Kei and I have a strong connection to Fukushima – it’s where we both lived for twelve months and where we met. In fact my (teeny) apartment in Fukushima was the first place I had ever lived away from home. Our connection to Fukushima is part of the reason why we were both so affected by the 2011 earthquake, tsunami and nuclear plant meltdown. It was the main reason we offered to host a mother and child from the region in our home for 2 months over the summer of 2011.

My blog posts from July and August of 2011 share the full story of Mayumi and Karin’s visit, but I think the very first post that I wrote after their arrival and the one I wrote on the day they left sum up a lot of the things I was feeling. I think it’s safe to say that Mayumi and Karin became a part of our extended family during their stay.

So, when we traveled to Japan in November (our first visit since 2010), I was thrilled to learn that we’d have an opportunity to catch up with Mayumi, Karin as well as Mayumi’s husband (and Karin’s dad), Shinya – who we’d never met but had obviously heard a lot about. Mayumi, Shinya and Karin just happened to have plans to travel to Tokyo for a wedding while we were in town so we arranged to meet up.

As an added bonus, Mayumi had managed to get in contact with one of my old friends from Fukushima, Toru Mizuno. Toru worked at the Sukagawa Community Center and, thanks to his ability to speak English, helped me navigate everything from car buying negotiations to getting my washing machine replaced by the board of education after it broke down. He was a true friend to a young 22 year old living in a foreign country with limited knowledge of the native language. I’m not sure how I would have made it through that year without him.

So, long-story-short, Mayumi found Toru and asked him if he wanted to meet up with us in Tokyo and he said yes. Crazy! When I left Japan, Toru was twenty-something years old with young wife and two year old daughter. Now he’s forty-something and has five children (!). He also owns a large apartment building in Sukagawa where the new English Language teachers live.

So, on a sunny winter day in Tokyo, we found ourselves walking to meet a large gathering of old and new Japanese friends – Mayumi, Karin and Shinya, Sinya’s parents and Toru with the three youngest of his five children. Toru’s wife was off visiting their oldest child at college in Tokyo – the two-year old child that I mentioned earlier.

It was all a little crazy and surreal and awkward and wonderful at the same time. Thankfully we managed to get a group picture to prove that THIS really did happen. 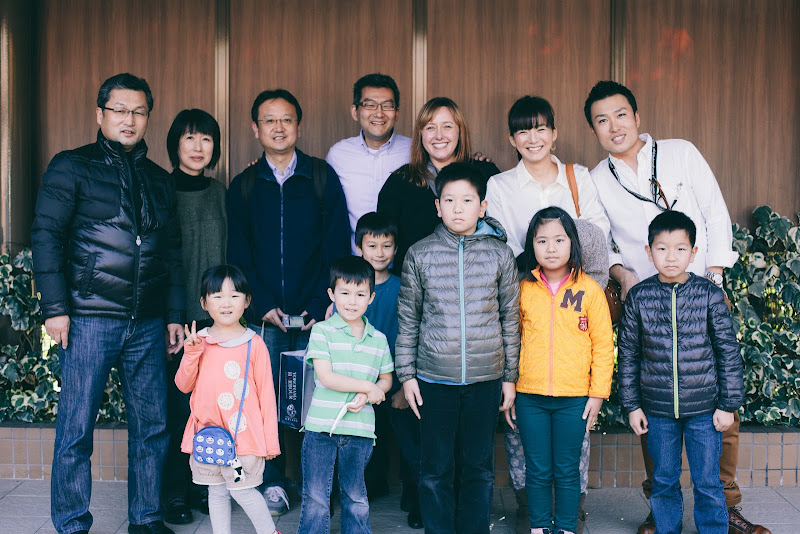 Toru is in the back, third from the left. His children are the three biggest in the front. Very smart, sweet kids.

We all had lunch together, talking about Sukagawa, then and now. About how Toru is working out of a Gym because the Town Hall was destroyed in the earthquake. How the english teachers have much better accommodations now because Toru owns and manages the building. It made me feel nostalgic but also incredibly grateful for how far we’ve come.

After lunch, Toru and his children went to meet the rest of his family for the drive back to Sukagawa and Shinya’s parent’s boarded a train back to Fukushima city. Thankfully, Mayumi, Shinya and Karin were on a late train so we were able to spend the rest of the day with them exploring just a tiny little corner of Tokyo.

I’ll share more photos of our small adventure tomorrow but, for now, here’s a quick shot of the boys being reunited with their “sister”. Karin had barely changed at all in the years since we’d last seen her. Happiest, smiliest kid on the planet. 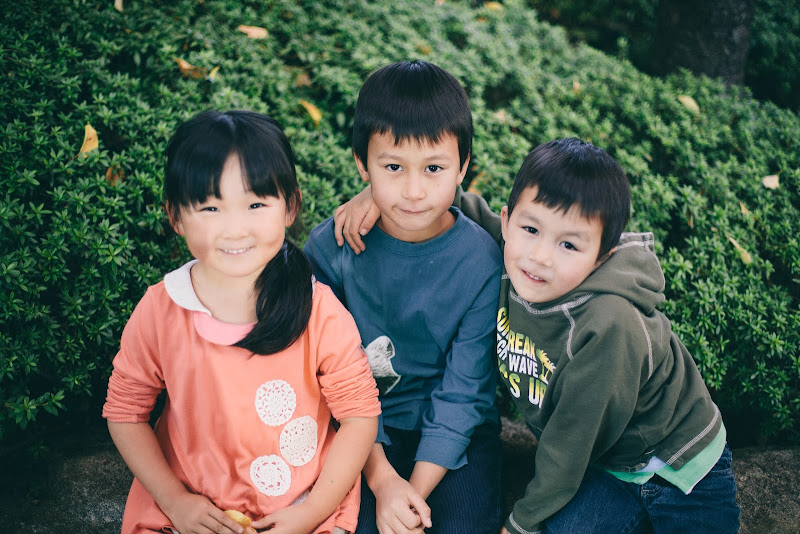 This entry was posted in Japan, Karin, Life, Travel. Bookmark the permalink.