Excuse me while I reminisce a little. Just over a week ago my baby (MY BABY) finished Pre-K. It was an emotional day, not only because the baby years are officially over, but because we said goodbye to a teacher who cared for both of our children during a year when they seemed too tiny to be in Elementary school. Although tears threatened to cloud my strong composure, I didn’t cry. A miracle really because I feel like crying at the end (and the beginning) of every school year. Once those hormones kick in during pregnancy, they never truly leave.

The kids spent the first week of their holiday at Zoo camp and IT WAS AWESOME! I picked Samuel up after the first day and asked him how it was and he said “GREAT!” He rarely says great to anything. During the course of a week, between them they got to touch a rabbit, Australian walking stick, turtle, lizard, boa constrictor (!) and a hedgehog. I was most envious of the hedgehog. They’re heading back to Zoo Camp for another week later in the Summer after Japanese camp and outdoor camp.

Honestly, the logistics are a tad overwhelming. I can’t really complain because I signed up for this in the hope of saving a few dollars. Nanny’s are expensive and that was really the only other option. We’re also restricted in day camp options because rule #1 for me is that both kids need to be able to attend the same camp and there are not many camps open to kids entering kindergarten. Still, the boys seem to be enjoying themselves and I’ll only need to work late into the night for a few more weeks…

But before I completely move onto Summer, I need to look back at the last week of school. It’s almost like if I didn’t blog it, it never happened, so bear with me.

A couple of days before school ended, parents were invited to listen to the first grade kids present their insect project that they’d been working on for a few weeks as well as a Japanese reading. Can I just take a moment to thank the first grade teachers for not scheduling this on the last day of school? I’ve already experienced running between classrooms to give equal time at class parties and I was grateful not to have to worry about it this time around.

First up was the Japanese class where the kids read their interpretation of The Hungry Caterpillar. The best part about the reading is that we were able to witness Thomas’ leadership skills in action. He helped the other kids get into position and assisted them when they had trouble reading the Japanese characters. 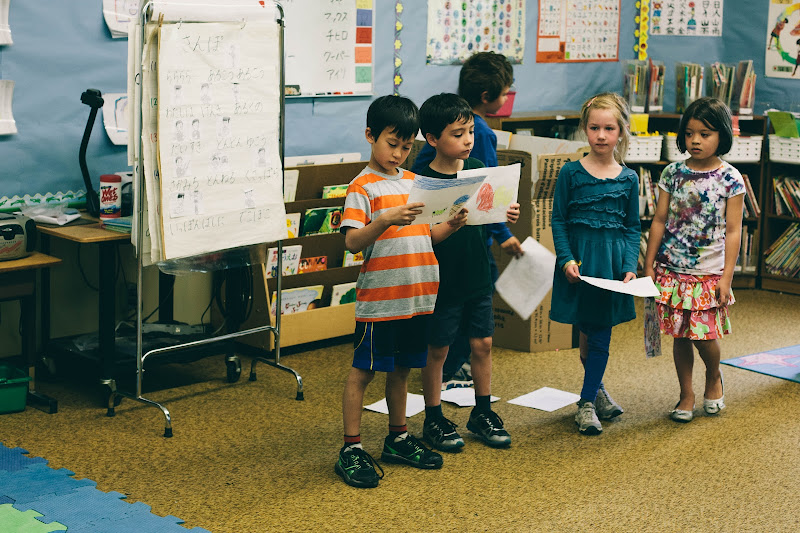 He was pretty proud of himself when he finished. 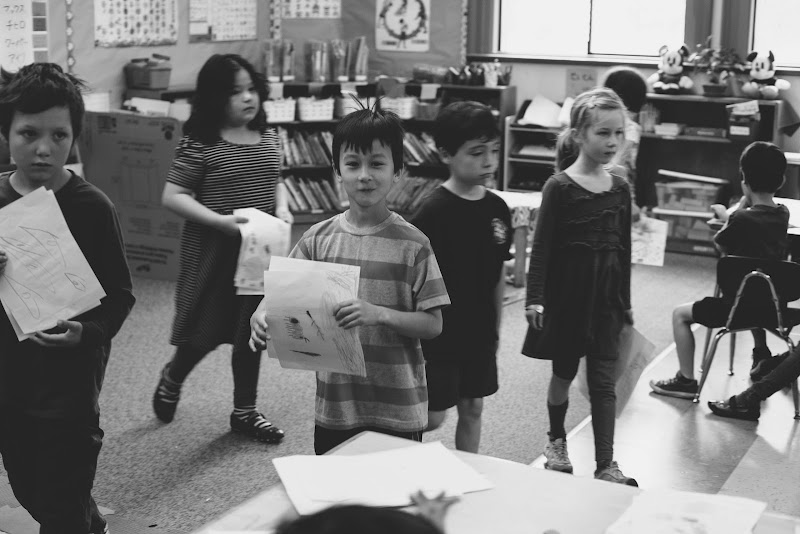 Then he had the chance to read a story he wrote about his family (all in Japanese). His Mum is “very nice” and his Dad is “very fast”.

Again, the best part was the opportunity to witness Thomas’ kindness when he asked if other kids whose parents weren’t there could read their stories to us as well. So, so proud. 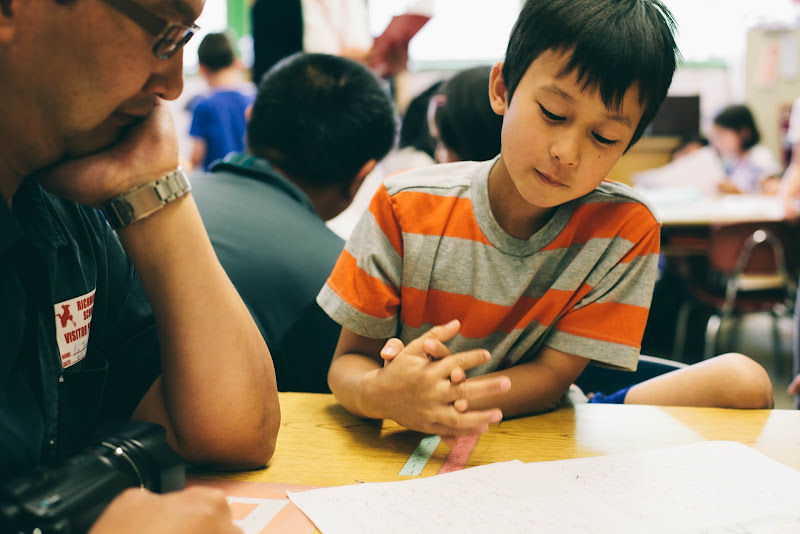 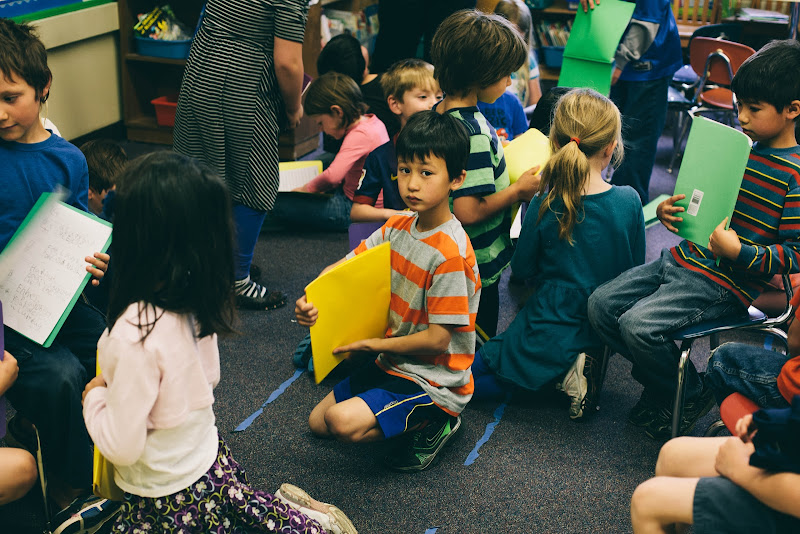 After a brief change in location, we headed to the English classroom to hear Thomas present his project on ants, complete with table of contents. It was awesome and I may have learned a fact or two. 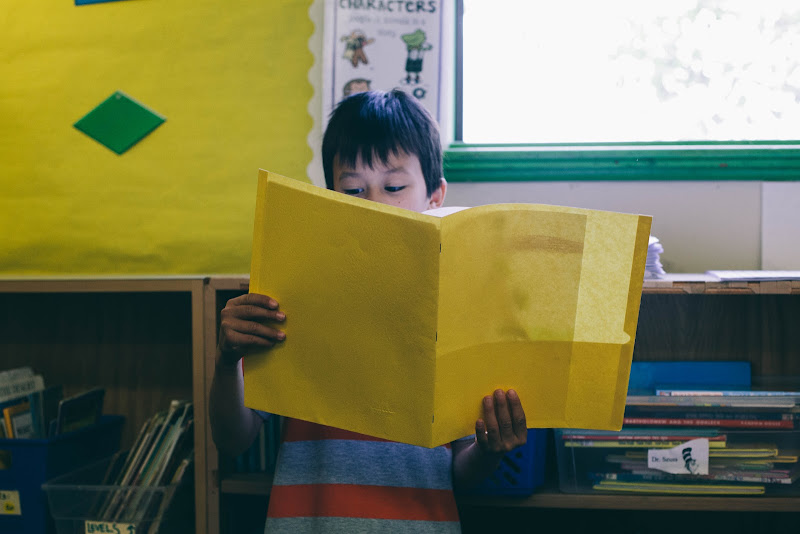 He was most proud of his scorpion vs ant picture. I can see why. 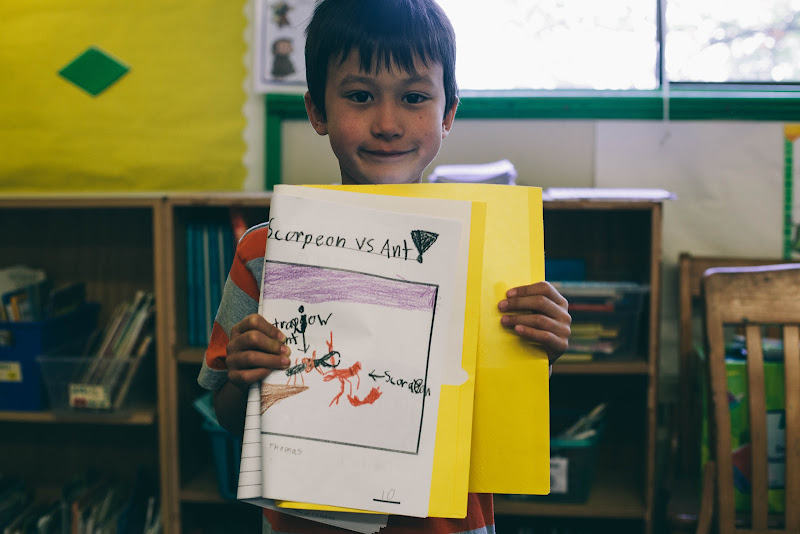 At the end of the week I was able to attend Samuel’s year end party. It began with a group story… 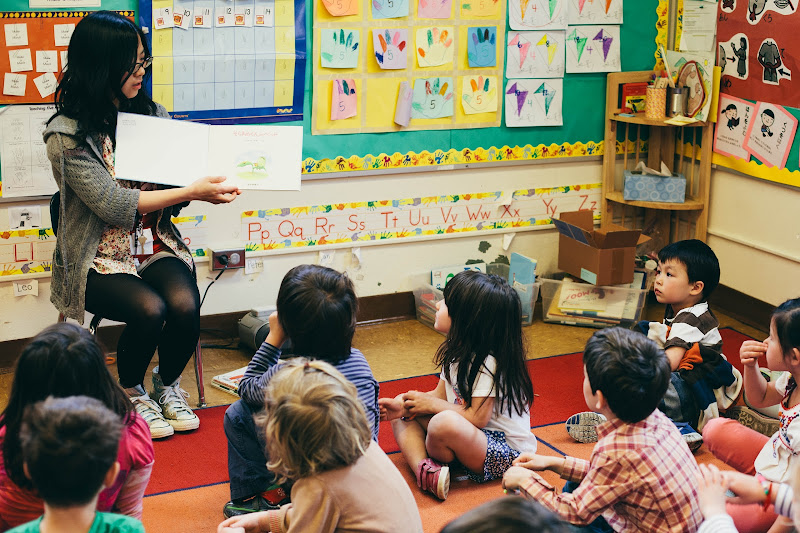 …and progressed to sushi rolls. It was chaotic and noisy but so fun to see Samuel in his “natural environment”. That kid has grown up so much in a year that it makes my heart hurt – in good and bad ways. 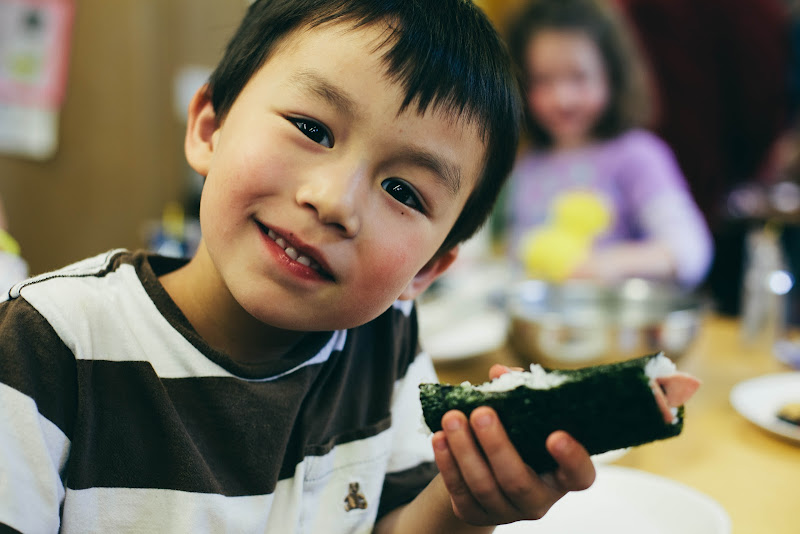 After we got home we opened report cards and they were… terrible! OK, I’m kidding. They were perfect. I may be bragging just a little but I can’t help myself. We’re so lucky to have such wonderful children…

… and I’ll remind myself of that tomorrow when they’re driving me crazy.

Parenthood is all about the ups and downs, but mostly the ups. 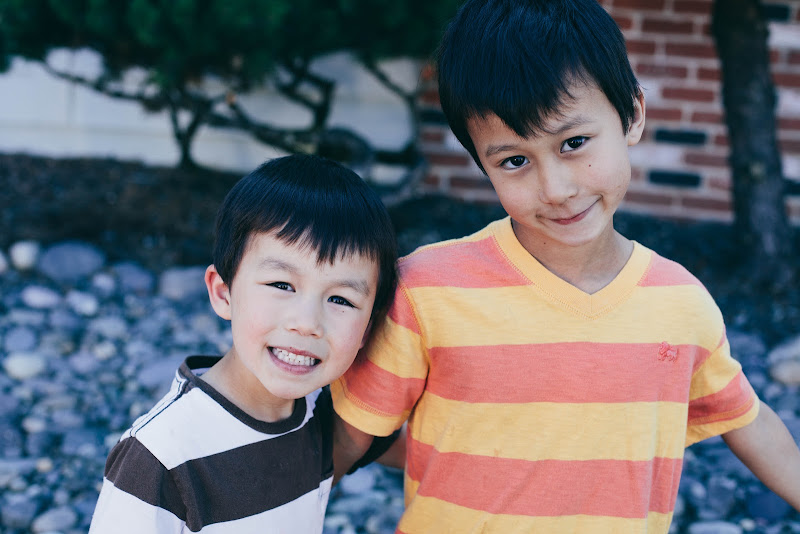 This entry was posted in Life, Motherhood, Portland, Samuel, Thomas. Bookmark the permalink.