I mentioned last week that I spent a sunny Sunday afternoon in Portland’s Pioneer Square for a free concert/sing-a-long. Well, I’m finally getting around to posting a few pictures.

First let me mention that this particular Sunday was the type of day that Portland likes to tease us with in April. It happens just once or twice during the month- the sun comes out, clouds disappear and temperatures are more Summer than Spring. People start packing their coats away for the season and bring out the sandals…. then two days later they bring out their coats when the rain comes back and we are, once again, plunged into darkness.

Still, for two days we are reminded why we own a pair of sunglasses, and it’s fantastic!

Here’s proof that blue skies do, in fact, exist in Portland. 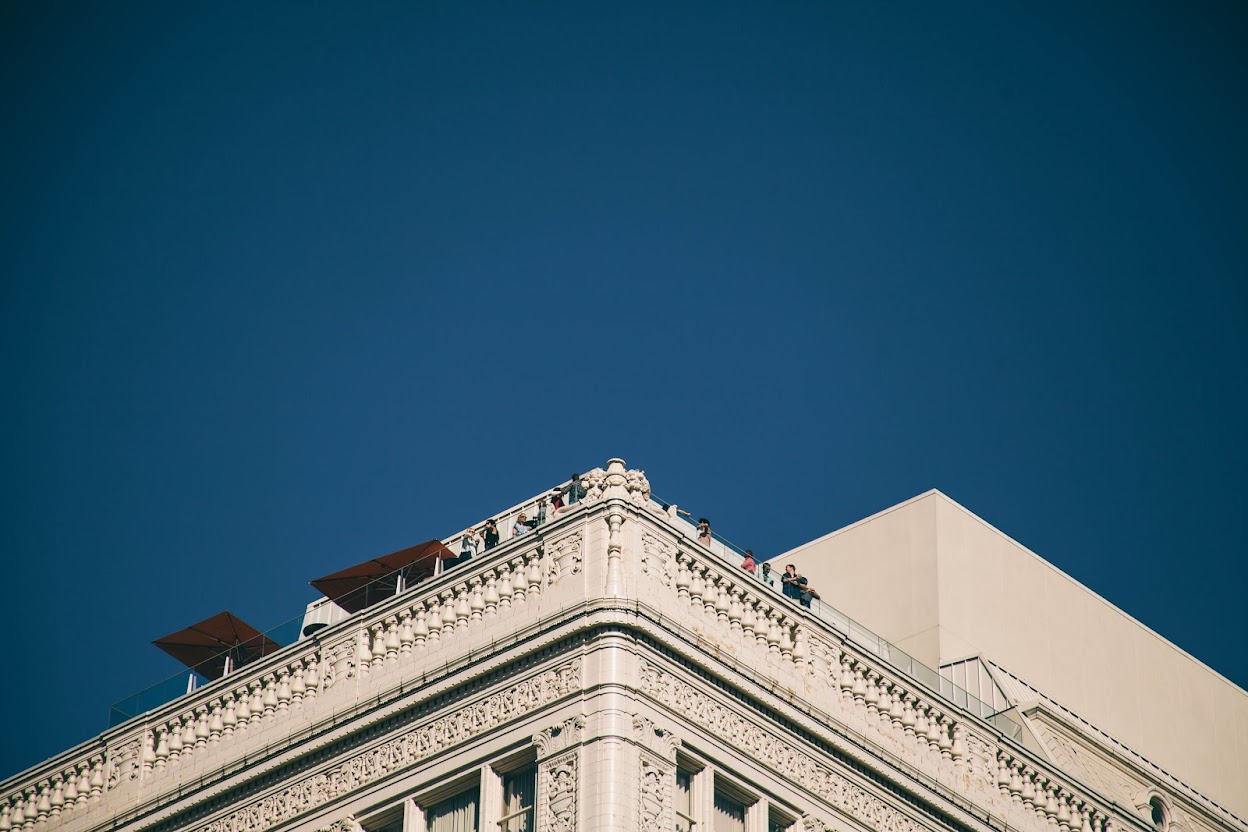 The concert itself was a lot of fun, although it turned out to be more of a giant Karaoke party than a concert. Not that I don’t love Karaoke (you know I do), but I wish we’d heard a little more from Pink Martini and Storm Large.

I also wish the woman lacking any sense of personal space had not sat down right in front of me. Good thing the sunny weather contributed to my sunny disposition. 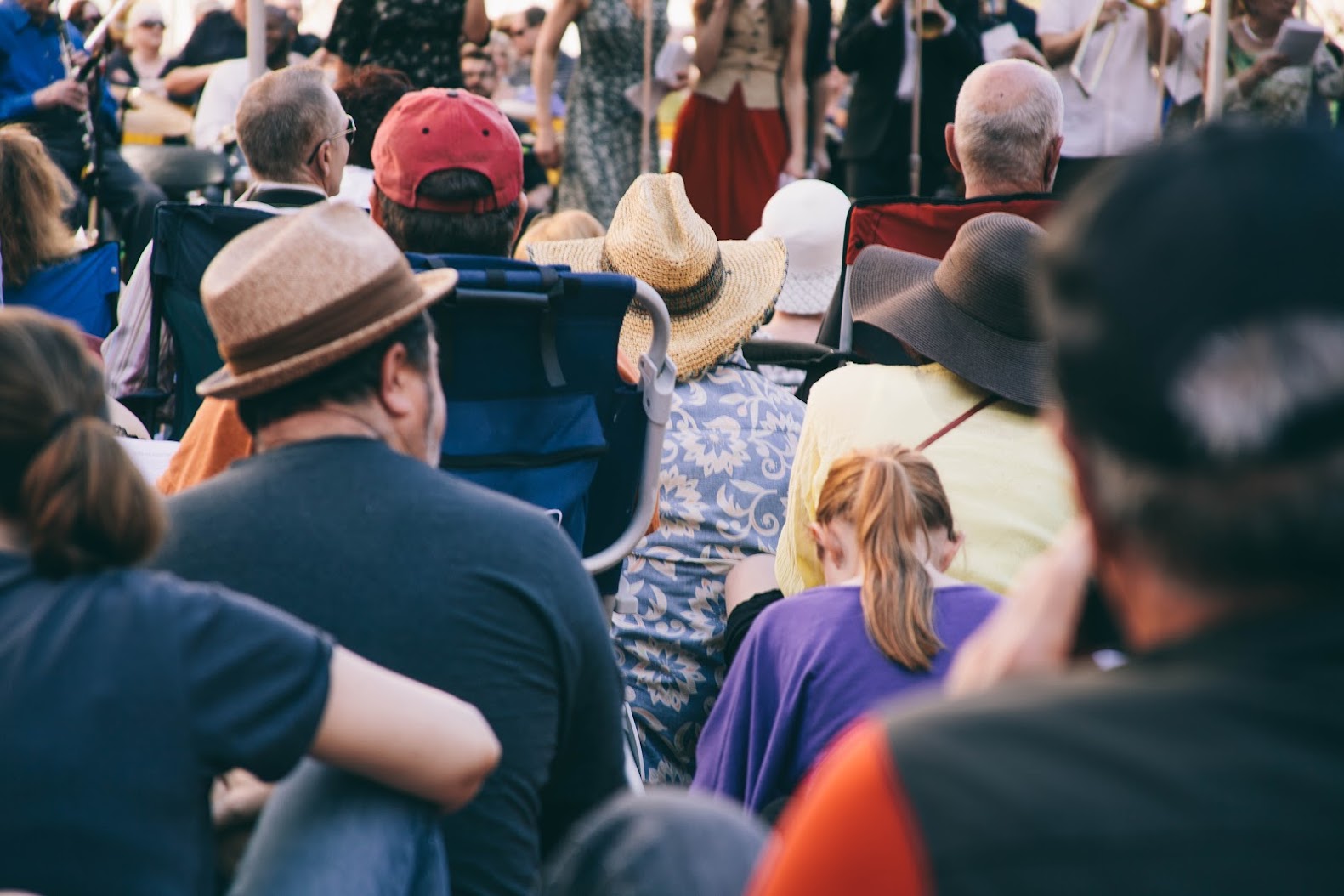 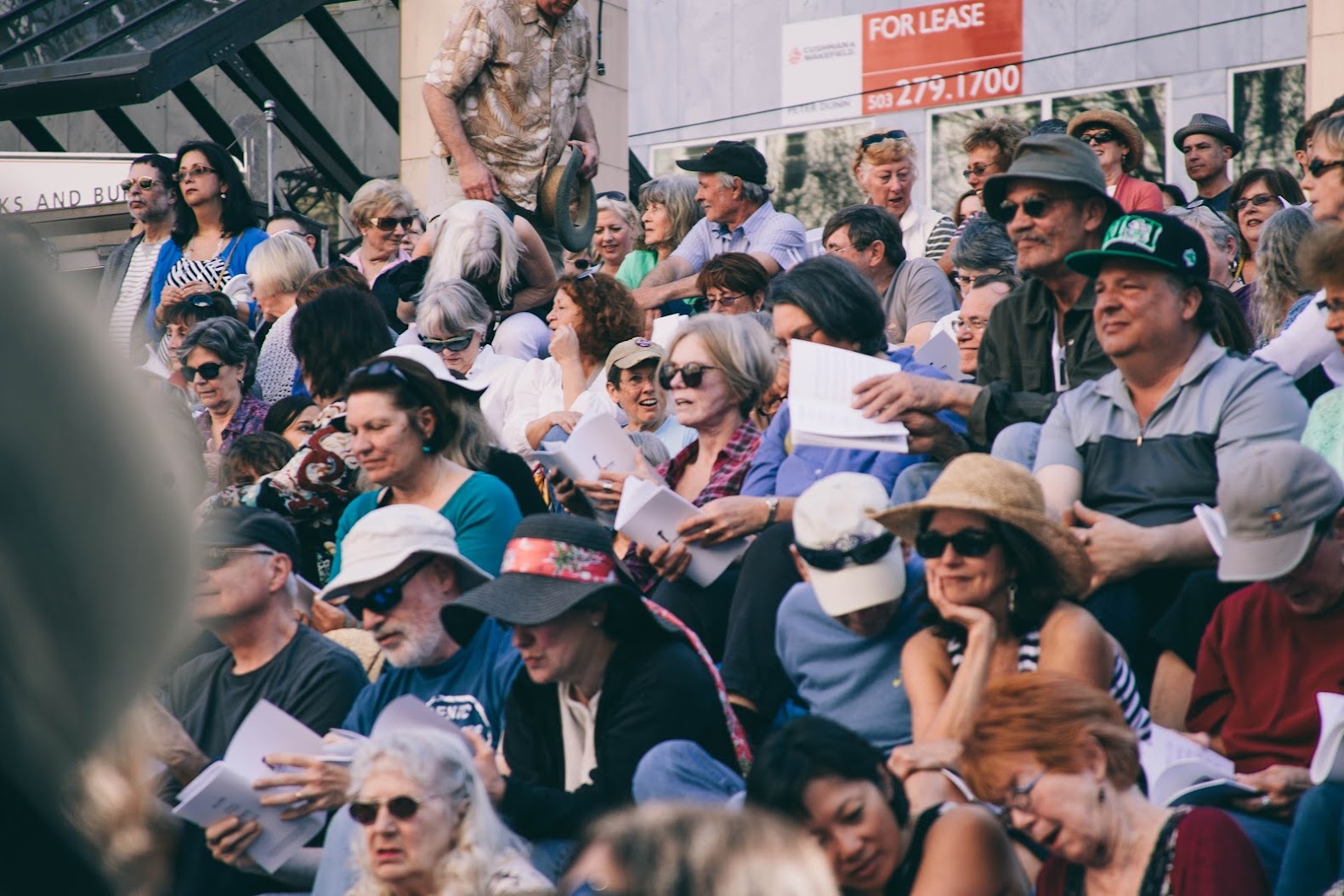 The almost 90 year old clarinetist (is that a word?) was great. You can see him sitting on the left. A few of the Von Trapp grandchildren are on the right. Their presence was a little random but I enjoyed it when they sang the yodeling song from the Sound of Music. It made me wonder, though, how tired they must get singing of those songs. And are they allowed to sing anything else or are they contractually obligated from birth? 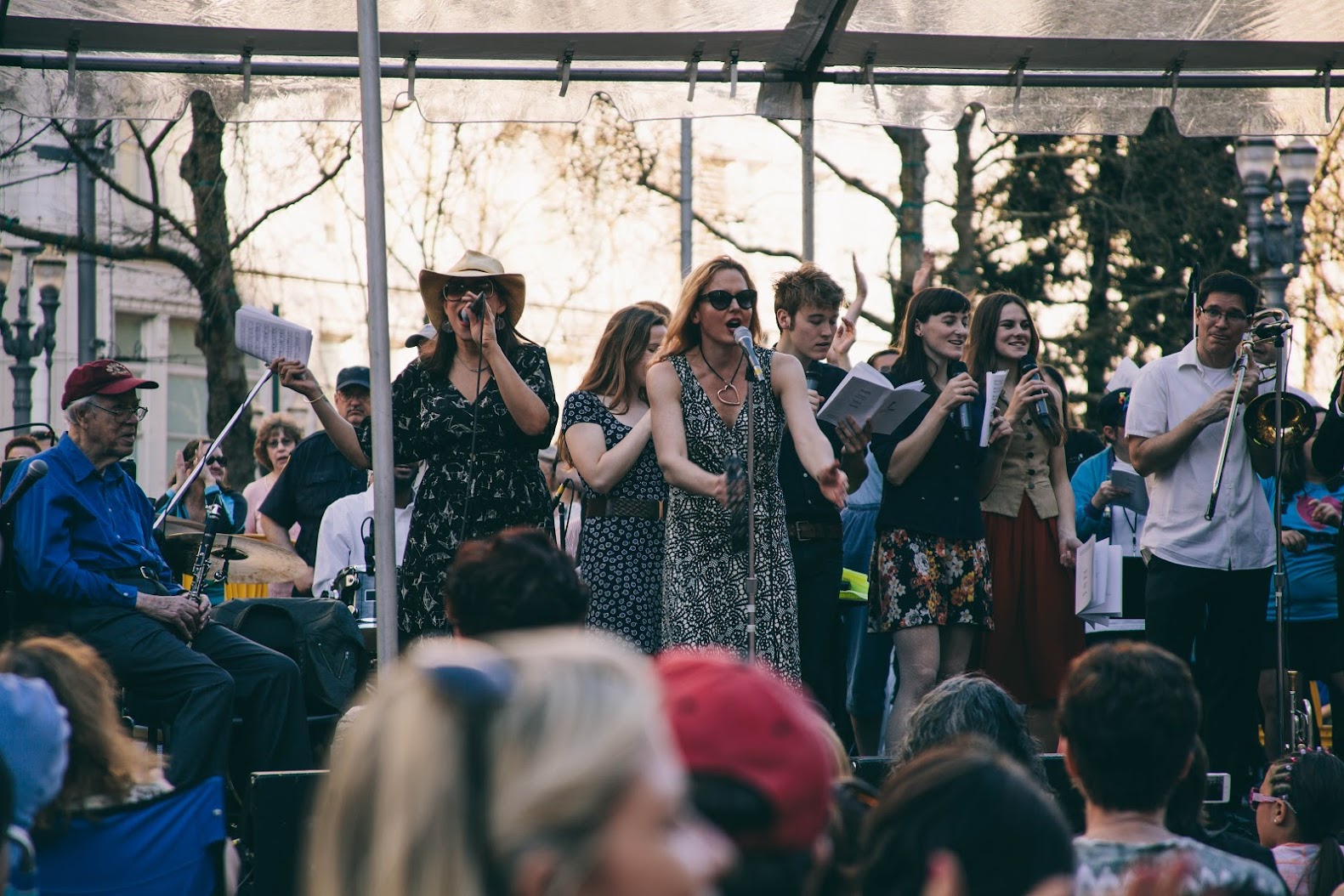 I think the highlight for me was a passionate rendition of “I will Survive” near the end of the program. Nothing like a women’s anthem to get the crowd excited. 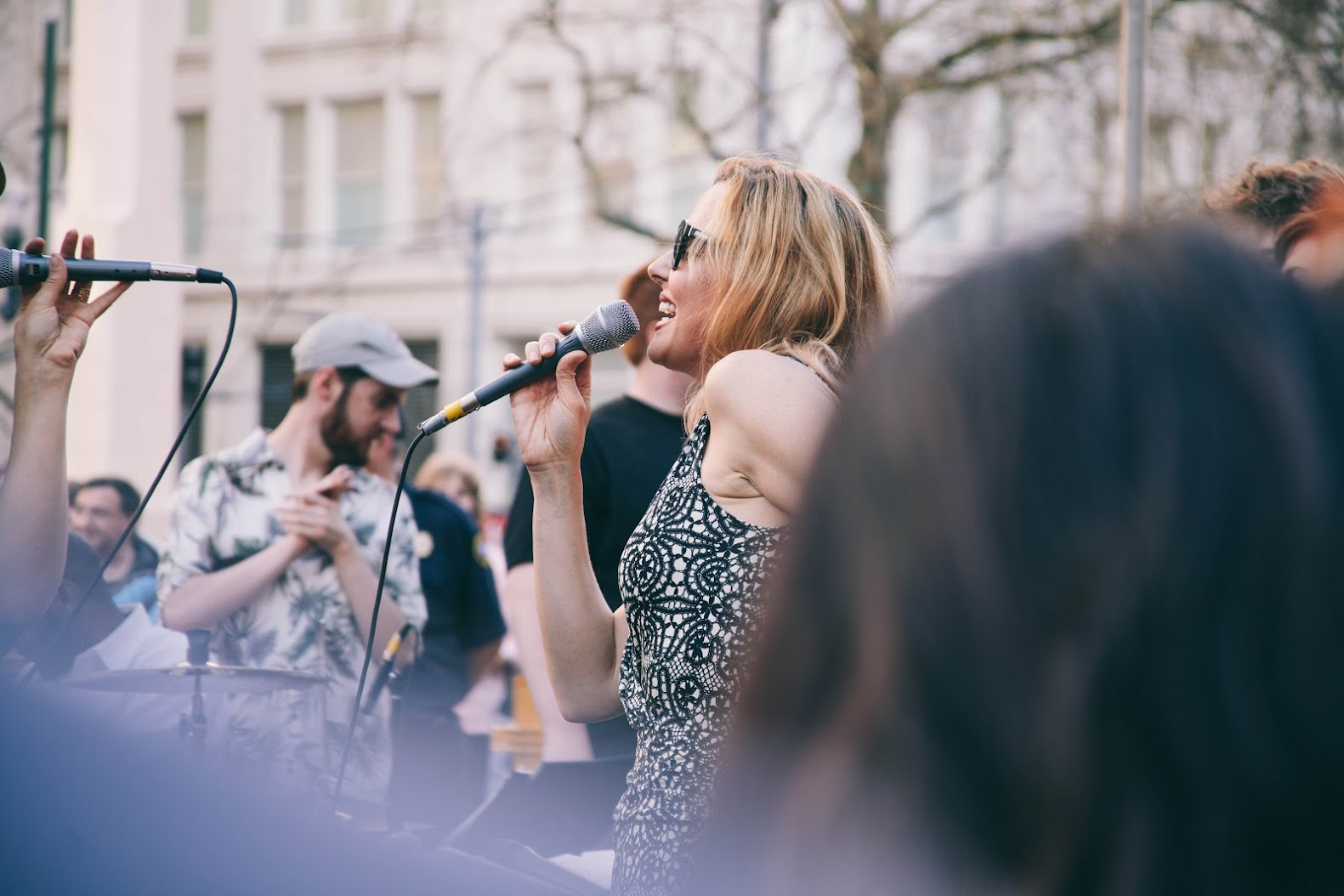 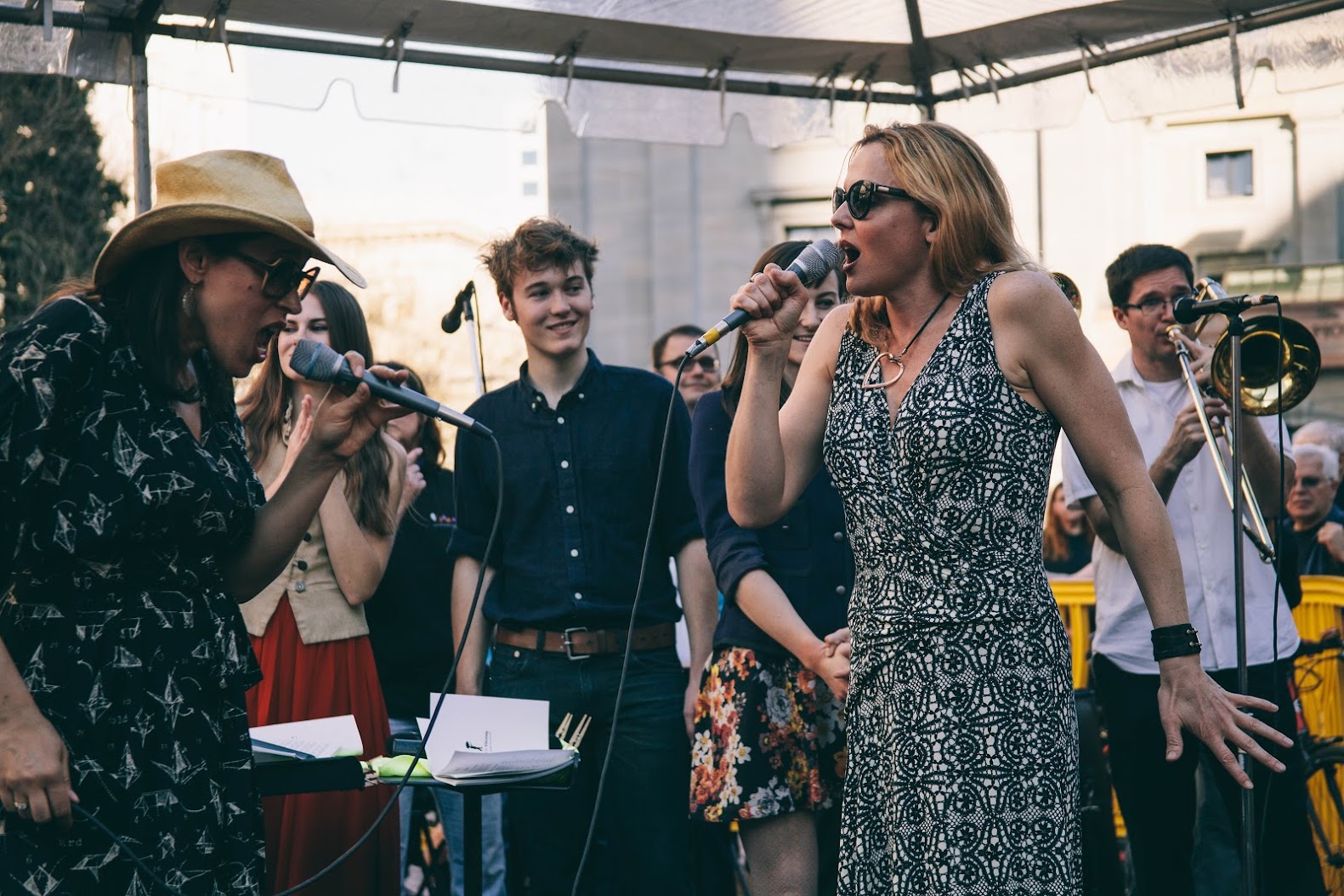 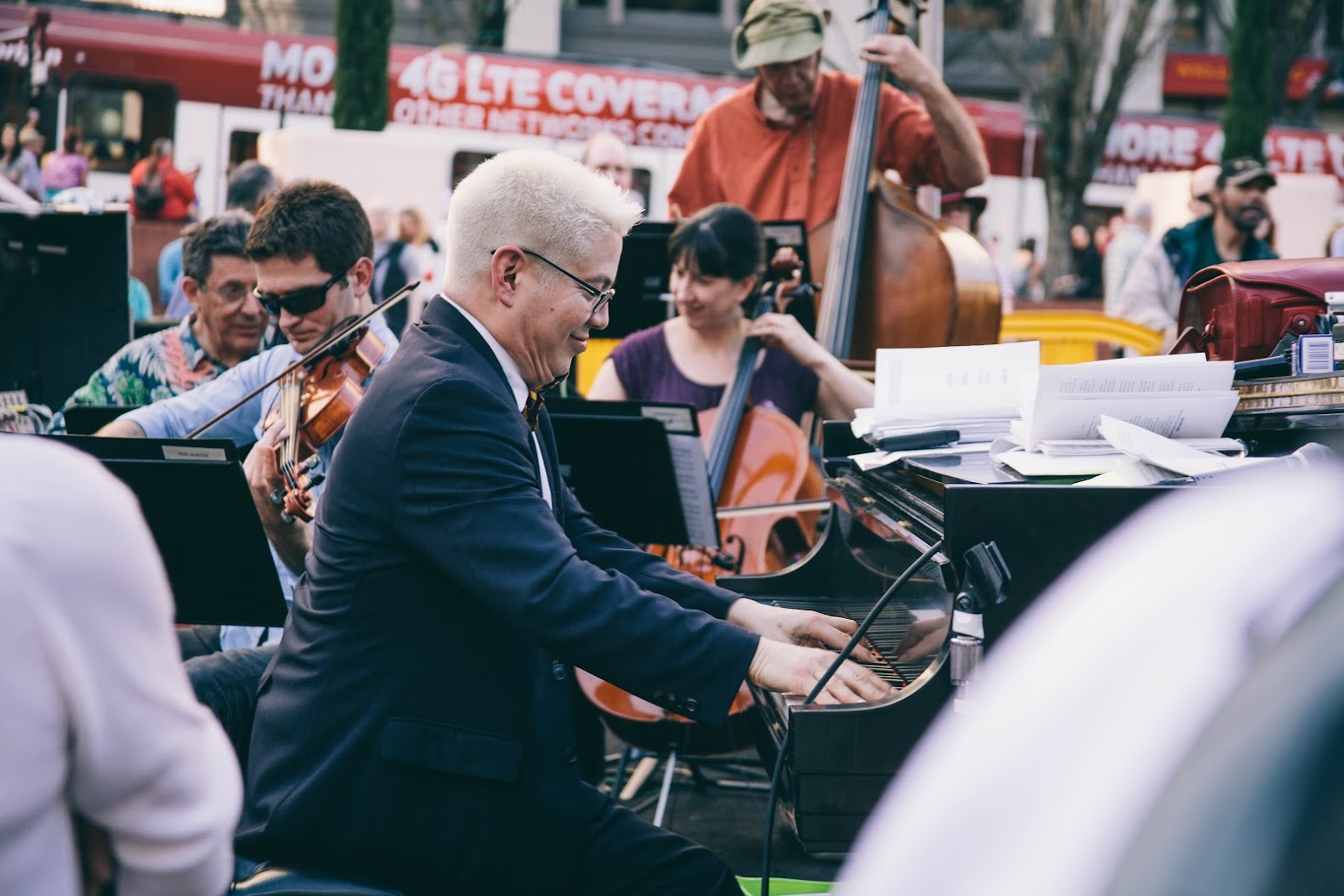 I was secretly hoping for this song (not safe for children or work…unless your boss is REALLY OK with the “V” word), but that may have pushed us way too far in to Portlandia territory. 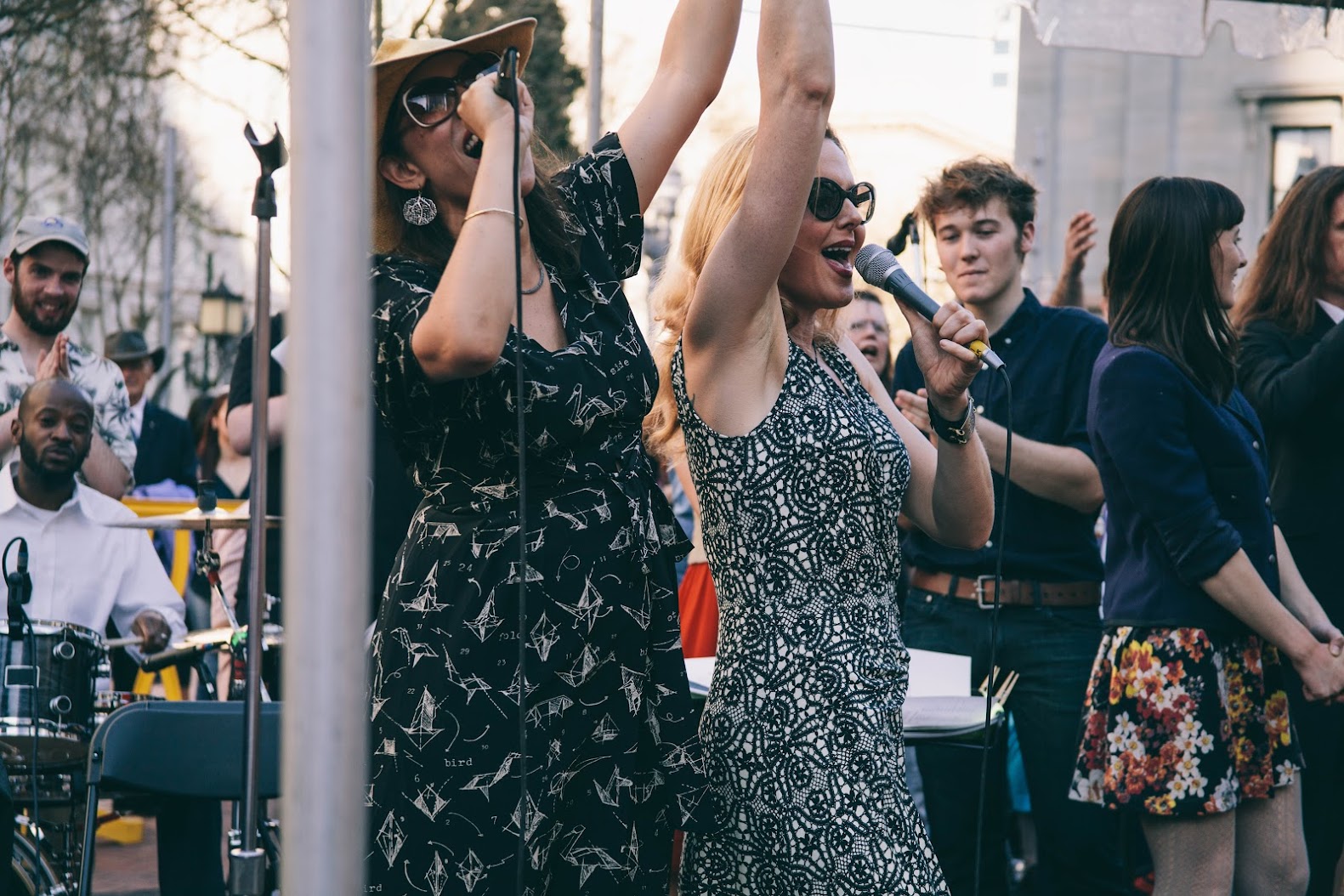 Thanks for a great afternoon ladies.