This week has been just a little insane.

The rest of my time has been about juggling school drop offs with work and having one child at home declaring “I’m boooored” every few minutes. It’s been rough and, frankly, I’m exhausted.

This weekend is going to be about celebrating someone’s 7th birthday (crazy!), a little bit of Soccer and a whole lot of recharging before school really begins next week. I think I might also find some time for a nap.

Also, a big happy birthday to my Dad today!

And because I can’t post without a photo, here’s one I took a couple of weeks ago, of the boys enjoying a Summer frozen yogurt treat with a friend. It’s going to be 92 degrees today so I suppose Summer’s not quite done with us yet. 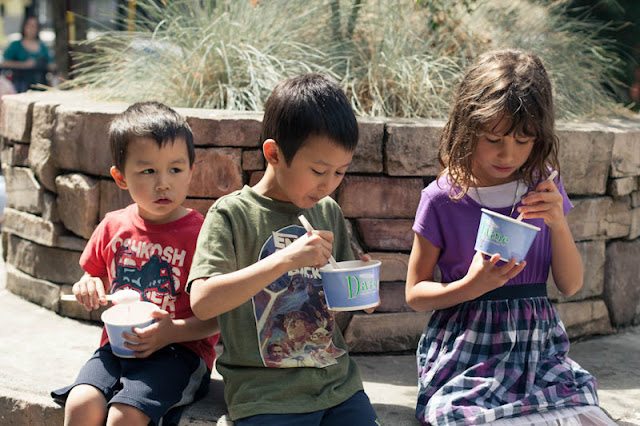 This photo was submitted to the I Heart Faces photo challenge – www.iheartfaces.com

This entry was posted in Challenges, Life, Motherhood, Photography. Bookmark the permalink.