If all goes well, I’ll be in flight and on my way back to the West Coast when this post goes live. I have had a wonderful, busy few days in New York City and, while I don’t like to think of myself as the typical “tourist”, I did manage to squeeze in a few very touristy adventures  between work and training commitments.

1. Walked Times Square
Thanks to the location of my hotel, I pretty much had to walk through Times Square any time I ventured outside. Of course I took WAY too many photos and was dying to escape the craziness after just a few minutes, but at least I managed to capture this shot of a very wet Times Square before I escaped for quieter corners of the city. 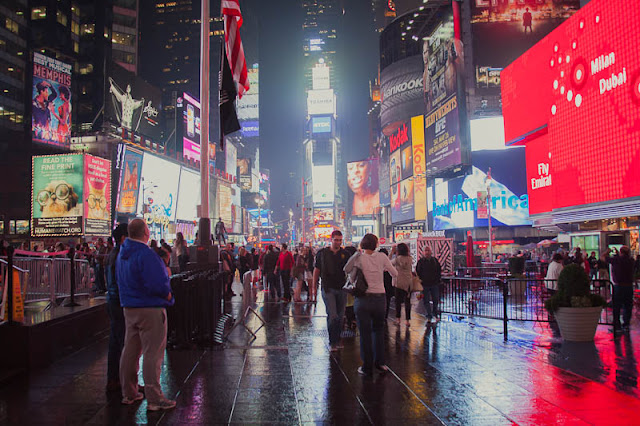 2. Visited Grand Central Station
This was high on my list of must do’s while I was in town. Conveniently, I had to walk past the station on my way down to visit one of my company’s offices so I was able to stop in and take a few photos. As a bonus, there was an award ceremony underway so my visit was accompanied by the sound of bagpipes. Pretty perfect. 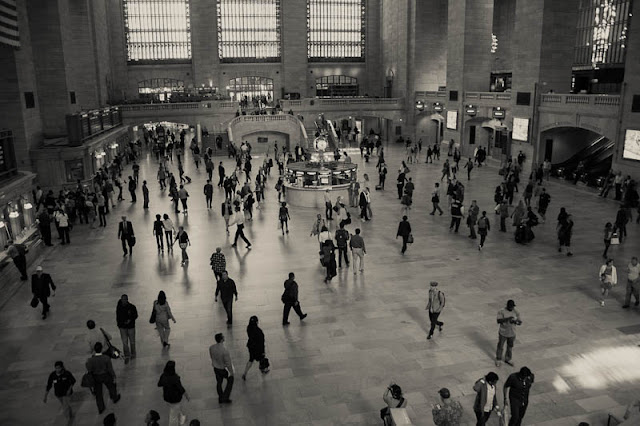 3. Saw the Statue of Liberty (sort of)
Every time I talked to Thomas about my trip to New York he asked if I would see the Eiffel Tower. I think he was getting his cities mixed up so I made sure that I captured a (very distant) shot of the Statue of Liberty to help with his geography. I took this shot from the training room I spent the day in on Wednesday. You may have to squint to spot the Statue. 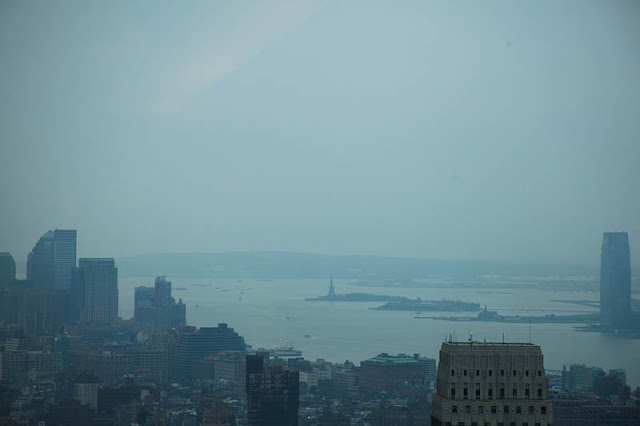 4. Rode the Subway
I have to admit that I was very nervous about jumping on the Subway. In fact I walked thirty blocks back from the East Village just to avoid it on Wednesday evening. I suppose I’m not as adventurous as I was when I traveled Europe on my own as a 20 year old. But on Thursday I bit the bullet, mainly because my feet really hurt from walking another 30 blocks downtown. And, you know what? It was very easy – especially with my cell phone to guide me. 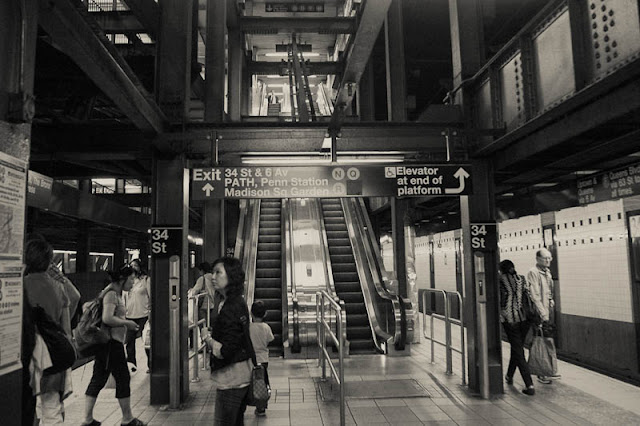 5. Visited Carrie Bradshaw
I think you’ll agree that this is quite possibly the most dorky tourist adventure on the list.     I just couldn’t help myself, I HAD to see where Carrie lived. In the show, she apparently lived on the Upper East Side but the actual building where they filmed is in the East Village. And before you judge, let me just mention that I was NOT the only tourist visiting this sacred space – a fact that the current owners are trying to remedy with a “keep out” sign across their stoop. 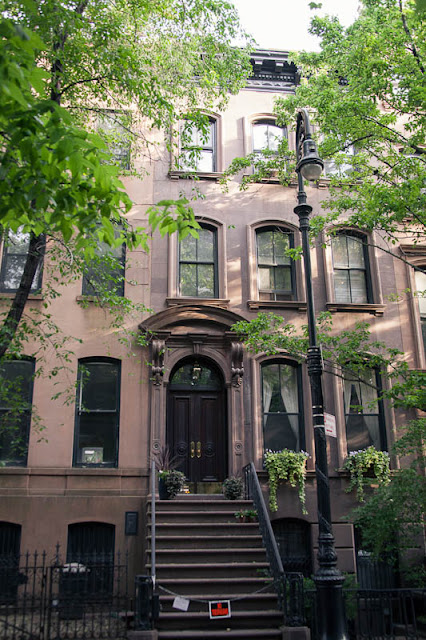 Of course I did so much more not-so-touristy-things during my visit but those photos will have to wait for another post. I have a plane to catch so I can make it home in time for a very special 4th birthday on Saturday.

This entry was posted in Photography, Travel. Bookmark the permalink.