T-Ball season began with a team photo opp – which I missed because I was doing the grocery shopping with Samuel. Instead I captured a couple of photos of the boy when he got home. He’s playing for the Giants this year. 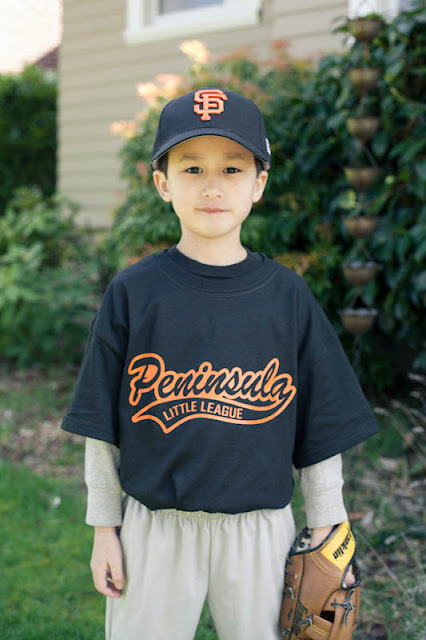 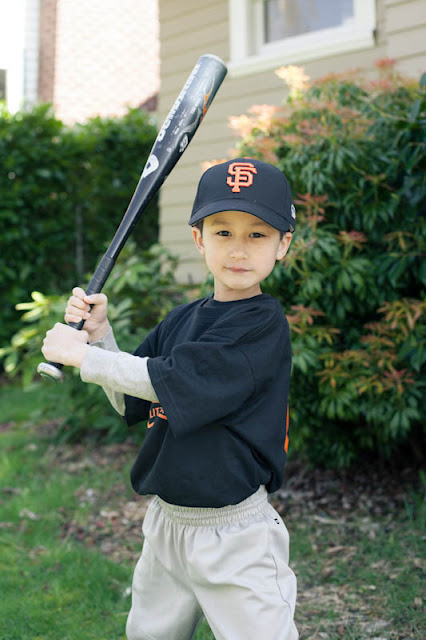 And then I managed to get a picture of the two boys together. I promise they were happier than they look in this photo. You should also know that Samuel declared it to be pajama day (thank for the hand-me-downs Thomas) and we’re still not sure how he got that big scratch on his head. Something to do with a toy flinging itself at him… 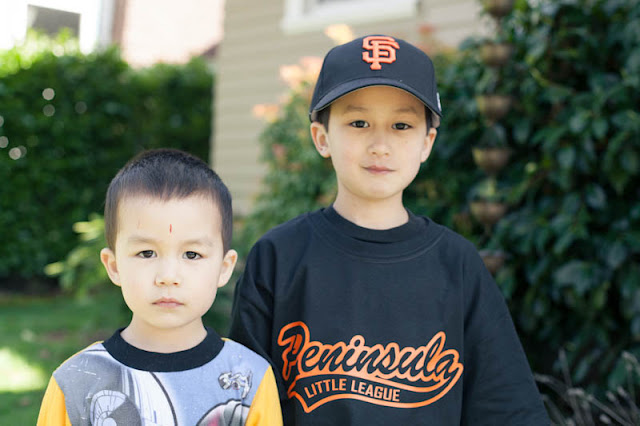 We ate hot crossed buns while sitting out on the front lawn because the sun finally decided to show itself in Portland (Hallelujah!). 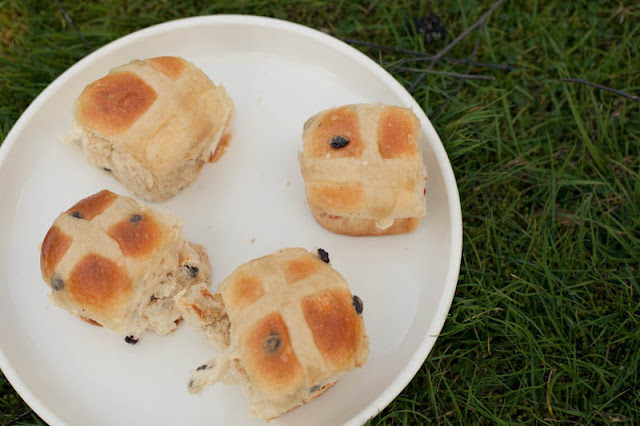 And of course a little sidewalk chalk drawing. I believe this may the first time we’ve opened the chalk box this year. 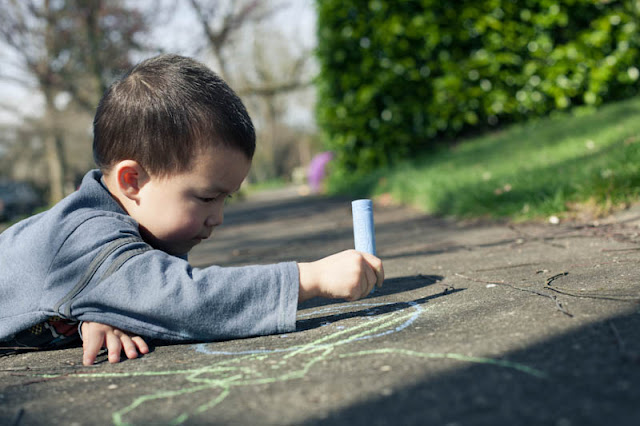 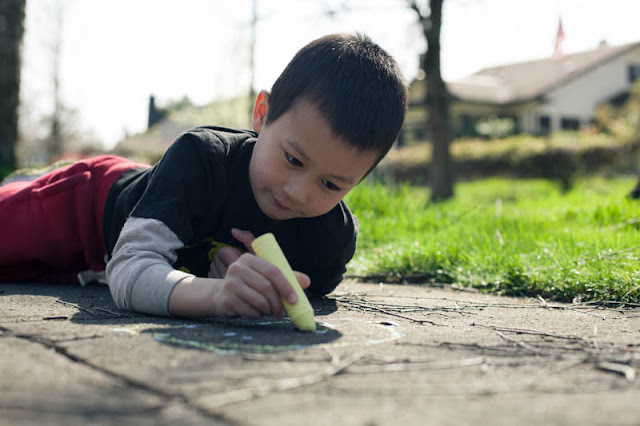 Works of art included a blue ninja and a yellow ninja… 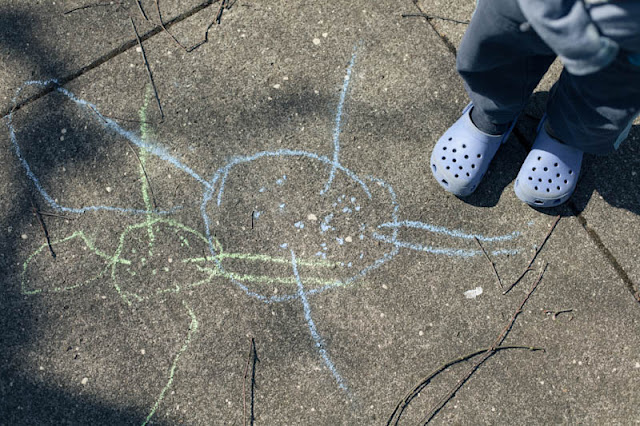 …and an octopus which I don’t have picture of – though it was a welcome break from the ninjas, thanks Thomas. 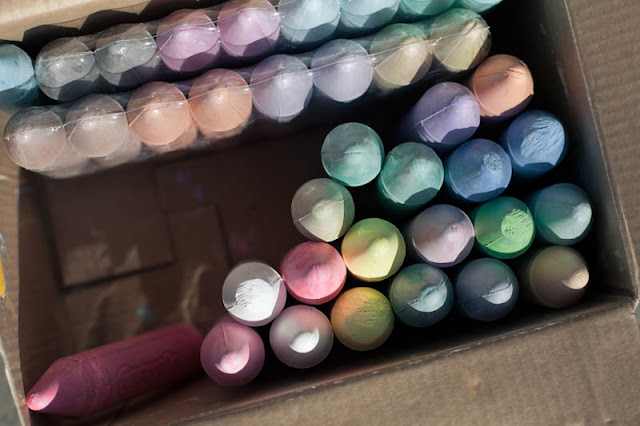 Easter Sunday morning began with a play room easter egg hunt – which I didn’t manage to get in photos but I’m not sure they would have accurately conveyed Samuel’s level of excitement each time he found an egg, anyway. The Easter Bunny also left a couple of new books and some lego guys – I like that he understands the fleeting enjoyment of chocolate as well as the need to manage sugar intake

In the afternoon, Kei and I spent some time digging a hole in the backyard to prepare for our sure-to-be-beautiful patio, while the boys occupied themselves on their Daddy-built ninja training course. My hands were too dirty to grab any photos of my own hard work so instead I’ll share a couple of took last week when I sent the boys outside on a very rainy weekend to preserve my sanity. This digging session lasted about 10 minutes. 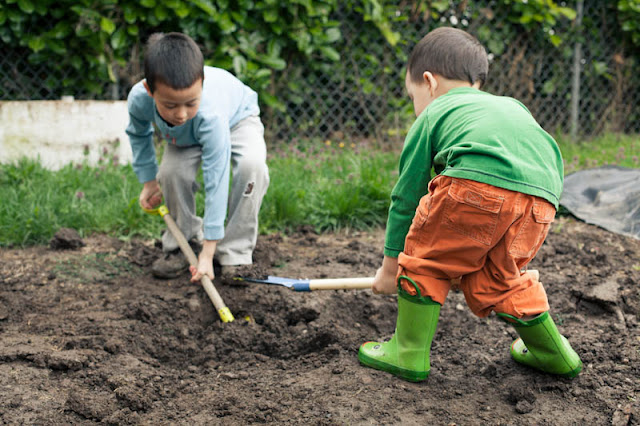 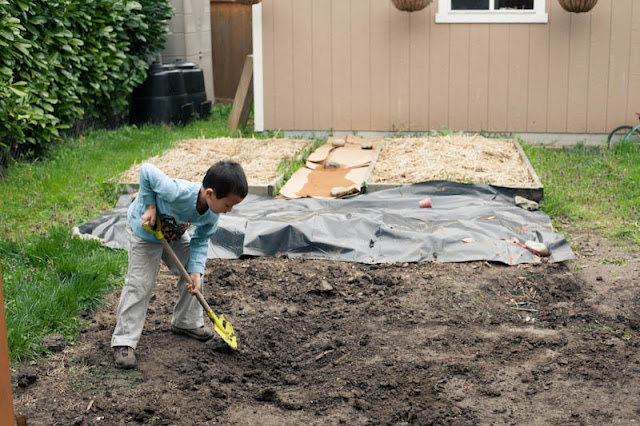 After a while I left Kei outside to continue the digging while I ventured in to finish up some laundry and then cook some delicious Brussels sprouts with Panchetta. I don’t usually post photos of the food I cook, but I couldn’t help myself. Delicious! 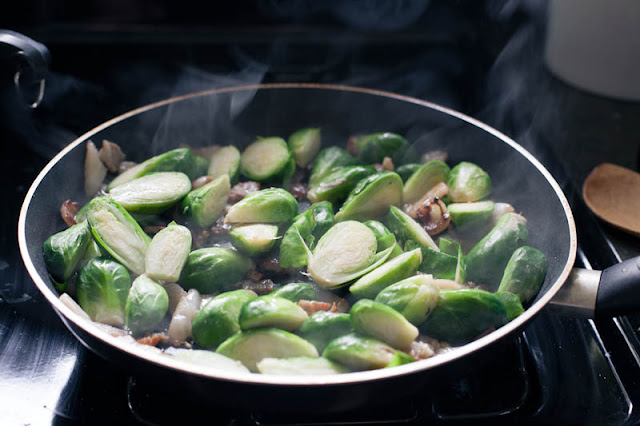 After dinner, the boys did this. Whatever “this” is. 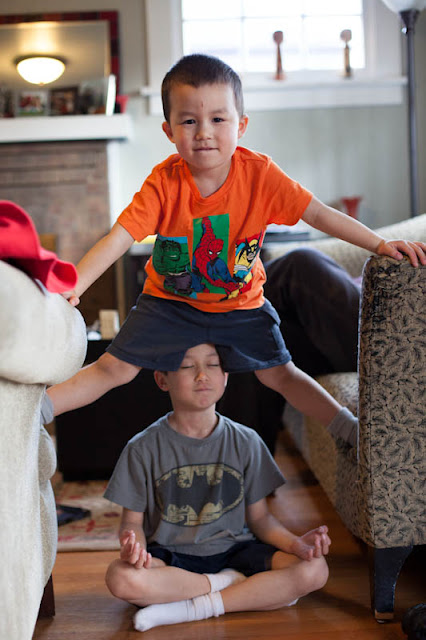 So there you have it – a perfectly boring, perfectly sunny weekend in which we actually made progress on a couple of things around the house. Weekends like this don’t come around very often.

This entry was posted in Life, P365, Photography, Samuel, Thomas. Bookmark the permalink.