Warning: A plethora of photos follows (I just love the word plethora.)

On our fourth day at the beach we decided to take a short drive to visit the lighthouse. Not the original Newport Yaquina Bay lighthouse – although if I’d read this first I might have sent us in that direction (I love ghost stories).

The one we visited is called the Yaquina Head lighthouse which attracts a lot of tourists and thousands of tiny disgusting flies. We were told that the flies are only there for two months of the year (lucky us!) and that they don’t bite or spread disease. And, honestly, after waiting in line for a while to go in the lighthouse, I was wondering what was more annoying – the flies or the obnoxious tourists who kept complaining about them.

But I digress. The Yaquina Head lighthouse is beautiful and we were lucky enough to visit on a perfect (although slightly chilly) Summer day. 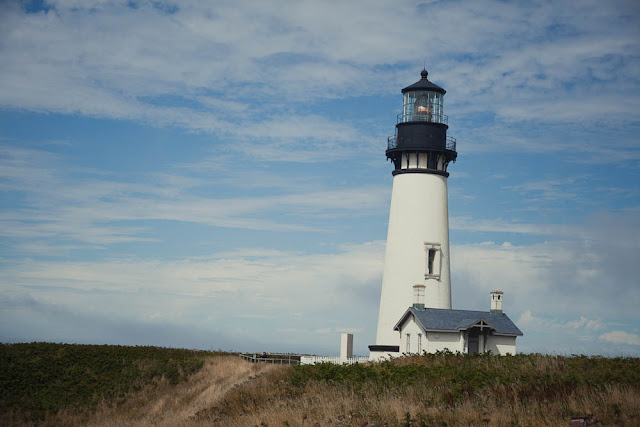 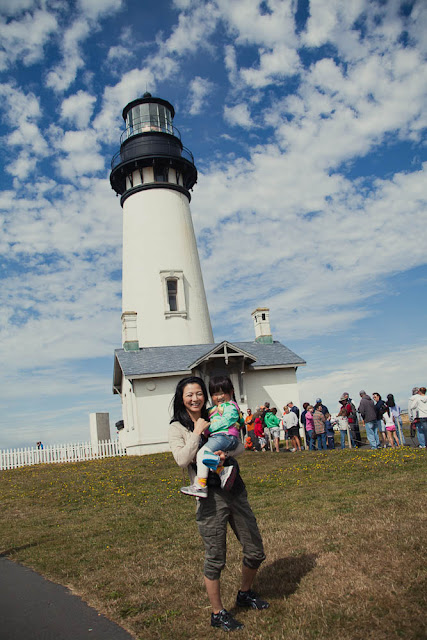 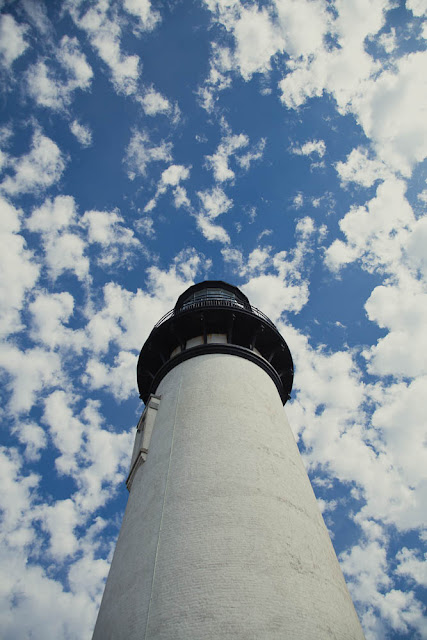 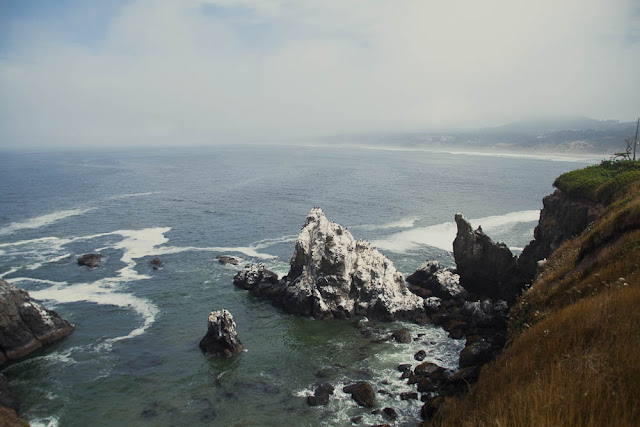 There is a little walkway nearby that leads to the rockiest beach I have ever seen. Incredibly beautiful in it’s own way, even if it was a little difficult to walk on. 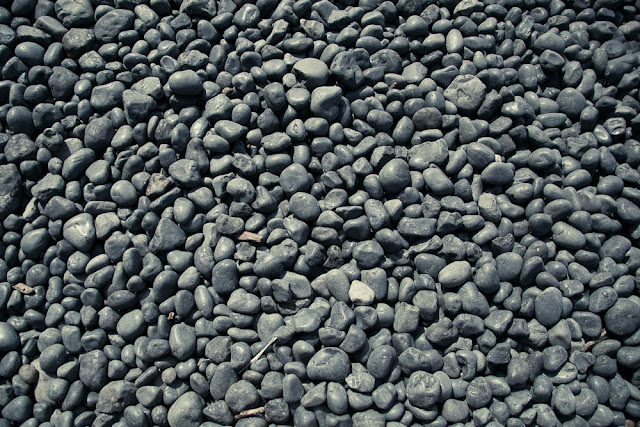 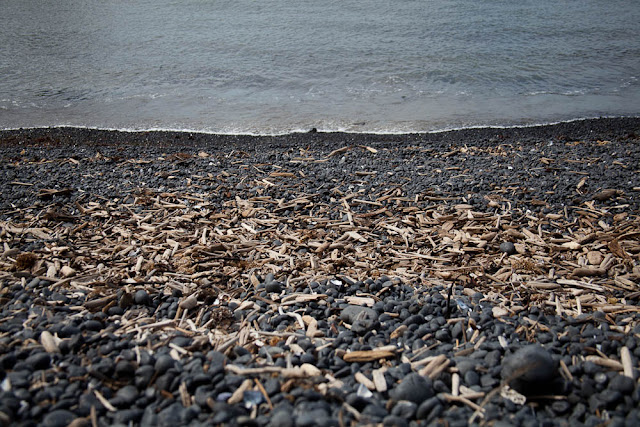 We even managed to spot a few seals on the nearby rocks – although my camera’s zoom wasn’t quite strong enough to catch them clearly in a photograph. I promise they’re on that rock somewhere… 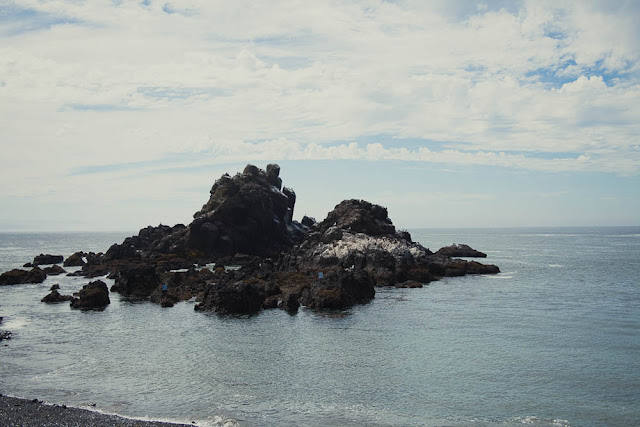 After our little adventure down to the beach, Mayumi and I ditched the kids to climb the stairs to the top of the lighthouse. 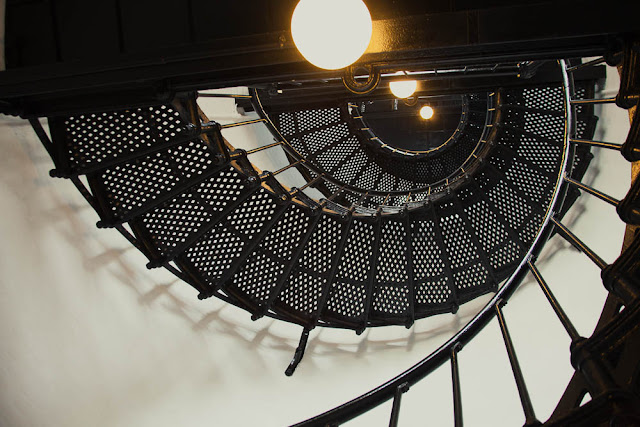 After a brief encounter with an old guy who shared very STRONG opinions about my flip flops (and also gave us the information about the flies), we walked the five steps to the top. 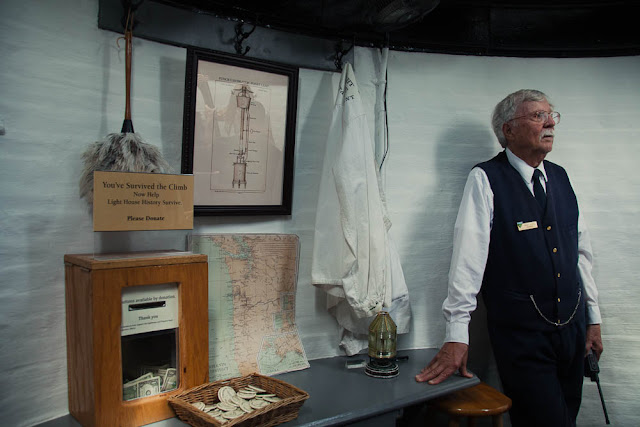 One person at a time, 5 steps and then stop. Don’t get me wrong, it was a great view and interesting to see, but I expected to be able to walk around up top and I supposed I was a little disappointed. I mean shouldn’t they explain that before you climb the very tall spiral staircase? 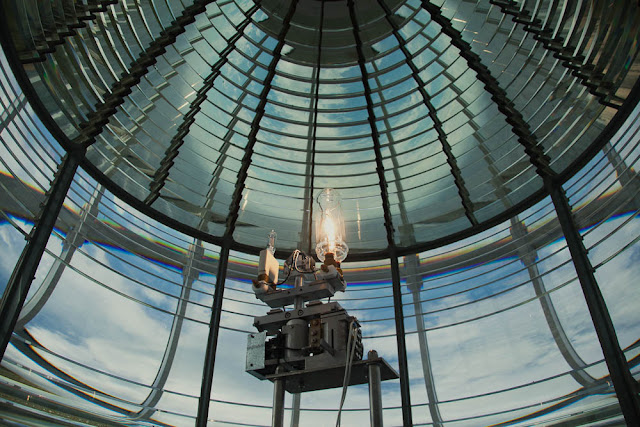 Next, we all jumped back in the mini van to visit the (poorly lit) information center where my Dad and Kei watched the informational video (no surprises there) and I followed the kids around telling them what they could and could not touch. 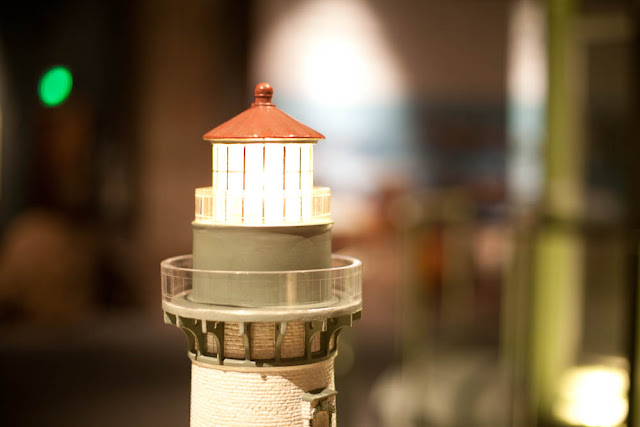 This next photograph is a favorite – I love how the different personalities come out in just one quick image. Hilarious! 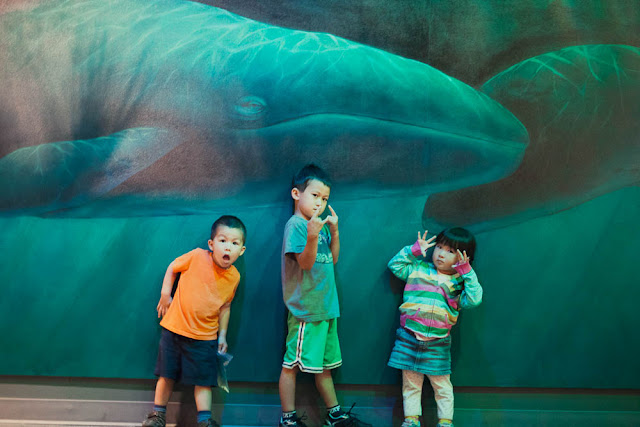 A about 30 minutes past nap time, we decided it was time to head back to the house before things got ugly. After everyone had sufficiently recharged, we headed back to the beach for a little kite flying (the boys) and running in the freezing cold water (Karin and, by default, Mayumi). 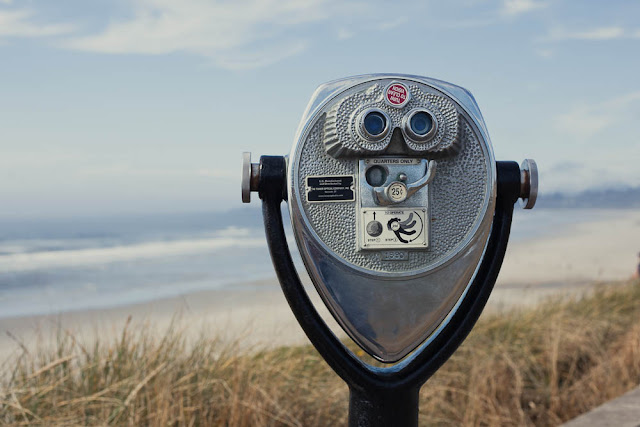 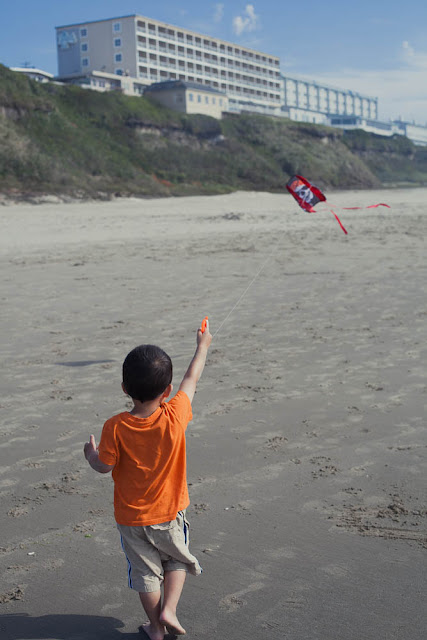 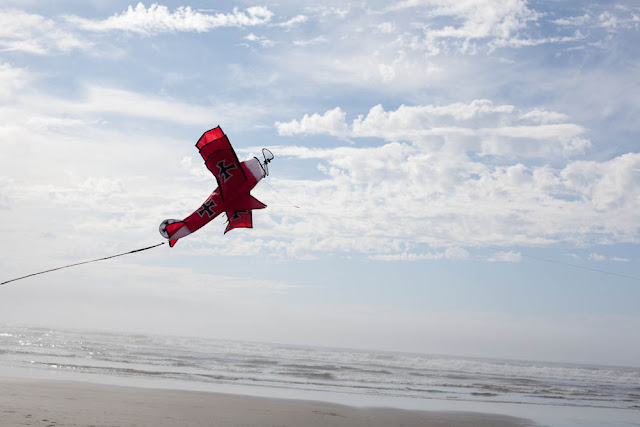 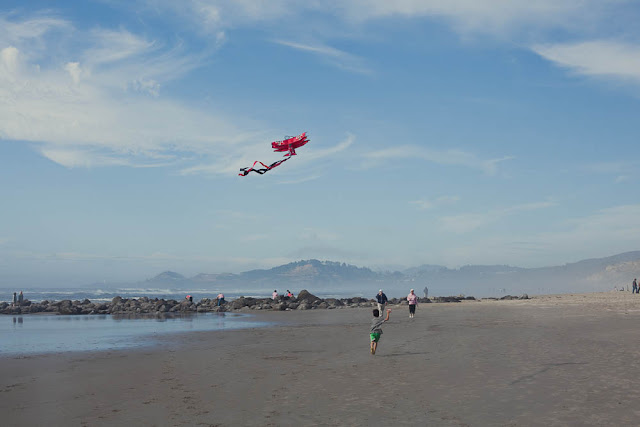 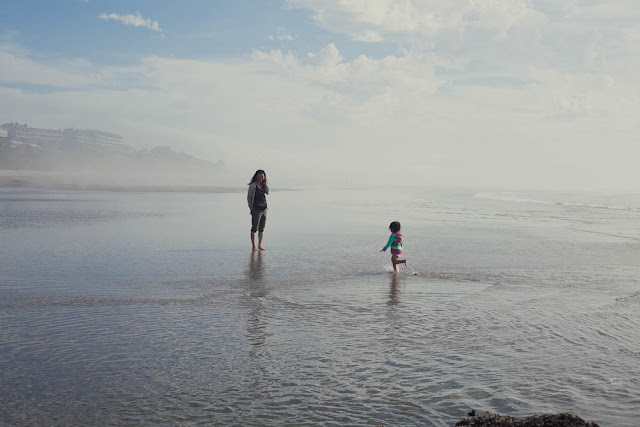 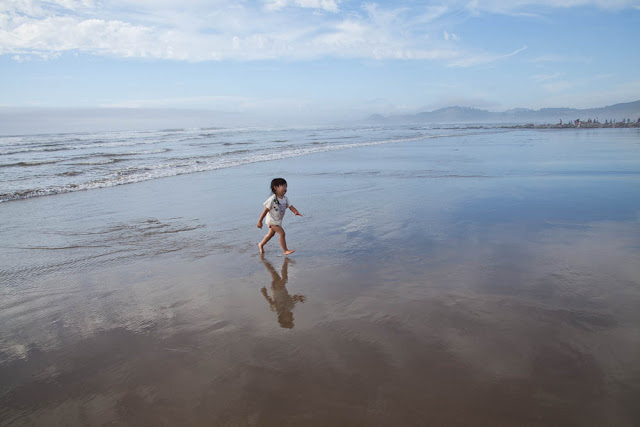 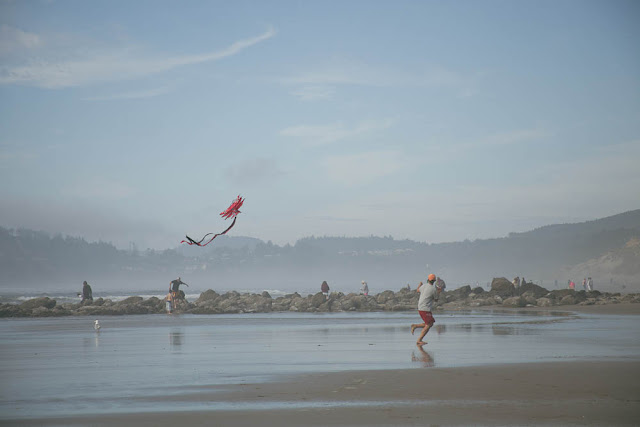 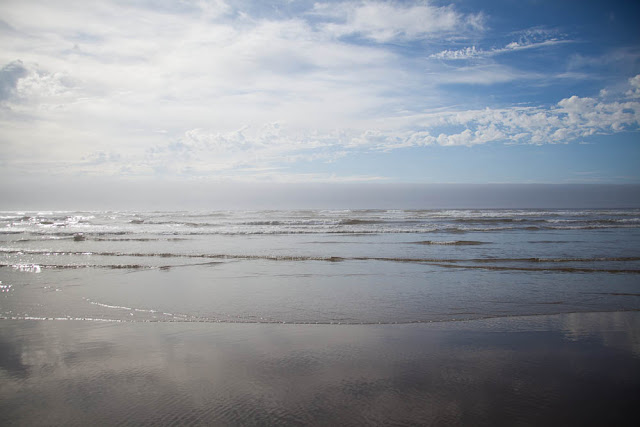 Finally, a little time to explore the rock pools before the tide starting coming in and I feared my children would be washed out to sea. 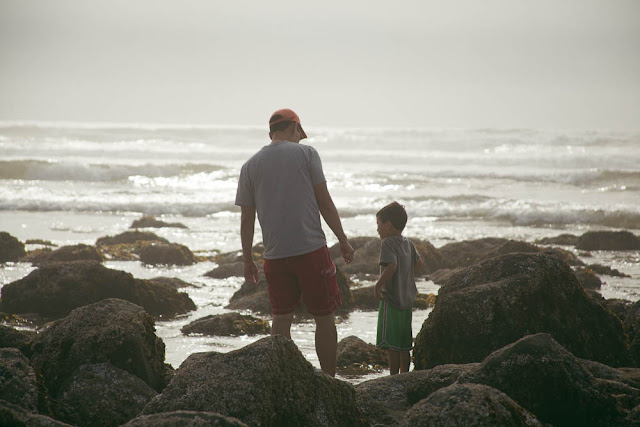 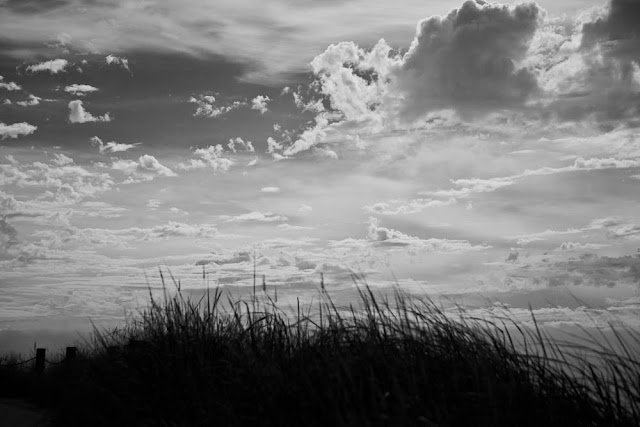 The end of another perfect day.

This entry was posted in Holidays, Karin, Oregon, Photography, Travel. Bookmark the permalink.