Growing up in Australia, my primary understanding of American childhood and adolescence were the images that came from the TV and movie screen. Happy Days and Grease (High school in the 50s), Family Ties (Family life in the 80s), Beverly Hills 90210 (High school angst in the 90s), Sesame Street (childhood with Muppets!).

Now, I realize that these representations of middle-American life are more stereotypical than true to life, but they gave me enough information to appreciate the many differences that existed for those wonderfully cool and attractive people that lived on the other side of the world, most notably…

Note: none of the above happened on Sesame Street. What I learned primarily from that show is that people and monsters can live side-by-side in harmony.

Right now, Kei and I are catching up on the one and only season of Freaks and Geeks. I don’t think the show ever made it to Australia and, if it had, I can’t help thinking that my view of the American adolescence may have been a little less bright and shiny and a little more like my own Australian experience (minus the cheerleaders).

I was the least popular girl in one of the slightly popular groups. We were not quite outcasts but we definitely lived near the fringe of school life.  I was in the singing group (think Glee but with less impressive choreography), I played a minor character with a solo in the school production of Oliver!, I got mostly A’s but a few B’s (until they changed the grading system and I started getting S’s and C’s). For the most part, I flew under the radar and I knew, without a doubt, that my life would get better when I went to University.

And it did. Phew!

Now I find myself raising children in the world I saw on television and not the world I knew. Sure, there are similarities, but my kids will eat in a cafeteria, one day ride an iconic yellow bus to school… and then there’s the sports.

Thomas just finished his first season of T-Ball. Two practices and one game each week for three months. He’s only five. In two years he’ll have to try out for the team. On the one hand, I am excited that he’s growing up and spending time outside and, right now, seems to enjoy himself. On the other hand, I’m a little afraid of this brand new world that we’re both moving in to – the world of school buses and organized sports.

One thing’s for sure, though, I have never felt quite so much like an American mother as I did when I watched Thomas at his final T-Ball game of the season. And, while I felt as though I were having an out-of-body classic-American movie experience for some of the time, it was fun to watch my little boy run the bases.

And the best part? I can tell him about my couple of seasons spent playing with the Ferntree Gully Fireballs T-Ball team. Despite the fact that many of his other childhood adventures will also be new experiences for me, we’ll always have T-Ball.

I guess we’ll learn the rest together. 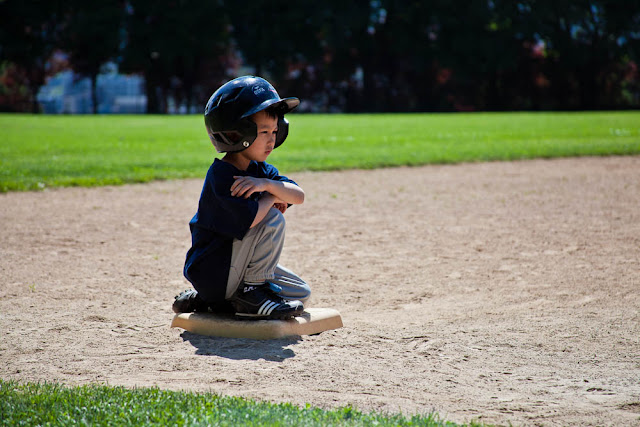 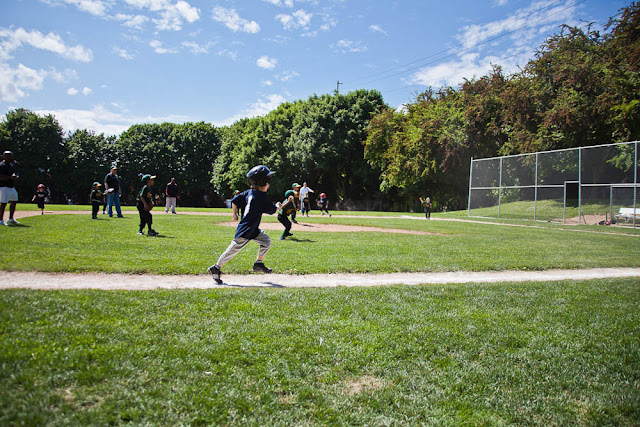 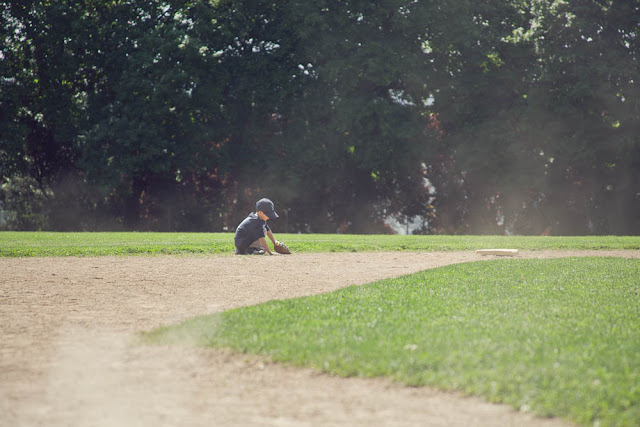 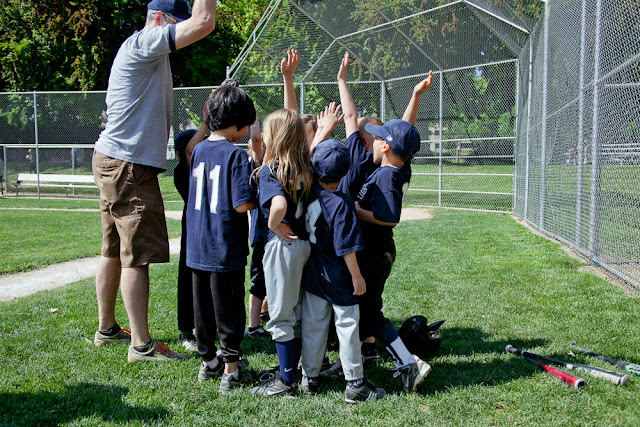 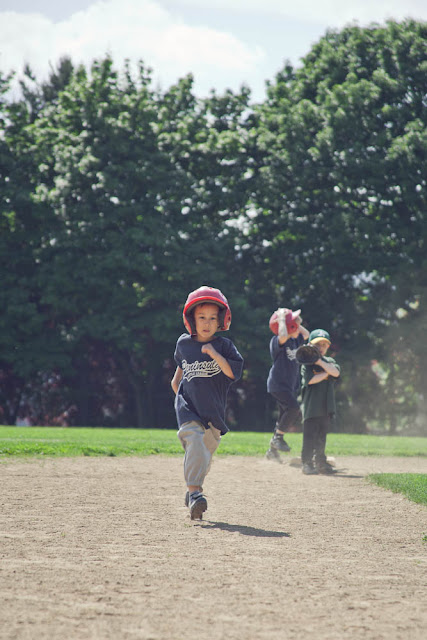