This is the story of one very much loved shirt/singlet/tanktop and it’s sad, sad demise.

You see a few years ago before our household developed obsessions with Star Wars, Fireman Sam, Yo Gabba Gabba and every other childhood pop culture phenomenon from a seemingly endless list, we were DEEP into the Wiggles. So deep in fact that I walked hundreds of precarious steps from the top of the Rose Garden Arena right down to the floor level while 6 months pregnant, just so we could see the Wiggles do their thing LIVE, right here in Portland.

And I encouraged this obsession for the following reasons:

Alas, the obsession came to an end at about the same time that Star Wars started taking over our lives (and our house).

While I cursed the shirt’s existence every time I had to bribe my child to take it off so I could wash it, I admit that I appreciated this one small constant in the ever-changing world of toddler pop culture.

Of course there did come a time when, inevitably, Thomas outgrew the shirt and it was ceremoniously passed down to Curious George. He then enjoyed wearing it for a couple of years, including during at least one trip to Australia – a “coming home” of sorts for the shirt.

But then a couple of months ago the shirt began to show signs of impending retirement. First a small rip led to a bigger rip, and then this… 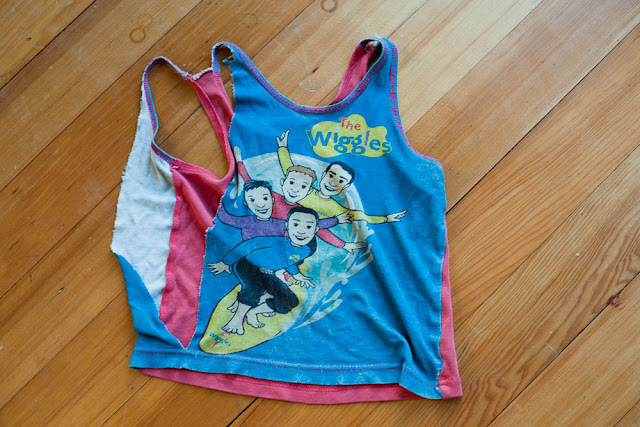 Even George couldn’t wear it any more. I thought Thomas would be devastated and, to be honest, he was a little sad when he realized that he would have to say goodbye, but after a couple of days I put the shirt aside and, like most things out of immediate sight for a five year old, it was quickly forgotten.

I held on to it for a while though, mostly because I wanted to take one last photo but, if I’m honest, it was partly because I was going to have a tougher time saying goodbye.

Last week I took a final photo and threw the shirt away (buried in the rubbish so a curious five year wouldn’t drag it out again). There were no tears, just a few small pangs of sadness from a mother who had to say goodbye to something more than just a shirt. (OK – I admit that was a little dramatic).

But now that I think about it, I’m pretty sure Samuel hasn’t yet seen every Wiggles episode that we have on DVD. I see a family movie night in our immediate future. I’ll have him saying “CA” in no time… “Beaudy Mates.”

Have a great weekend. I’ll be enjoying some sunshine and holding on to a little childhood. 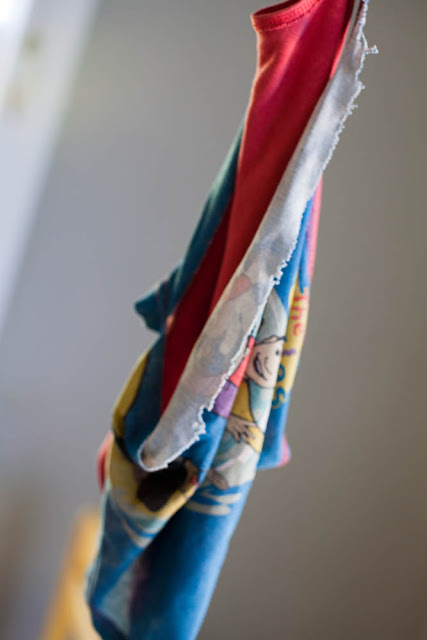