Just over twelve years ago a man in America proposed to a (very) young woman in Australia and then moved to the other side of the world so the two of them could start a life together. The were married in a beautiful ceremony in the hills outside Melbourne and then went on to have a picture perfect marriage without conflict of any kind.

Ok, maybe that last part was a small exaggeration. The first year was rough and, to be honest, there were times when there was little more than a Visa restriction keeping them together. But they made it through that first year, bought an apartment, traveled the world (well, most of the United States), sold the apartment and began building a life for themselves in America complete with a house and two kids (and, soon, a much-anticipated deck).

The best part? After 12 years the story is not complete. In many ways it’s just begun. 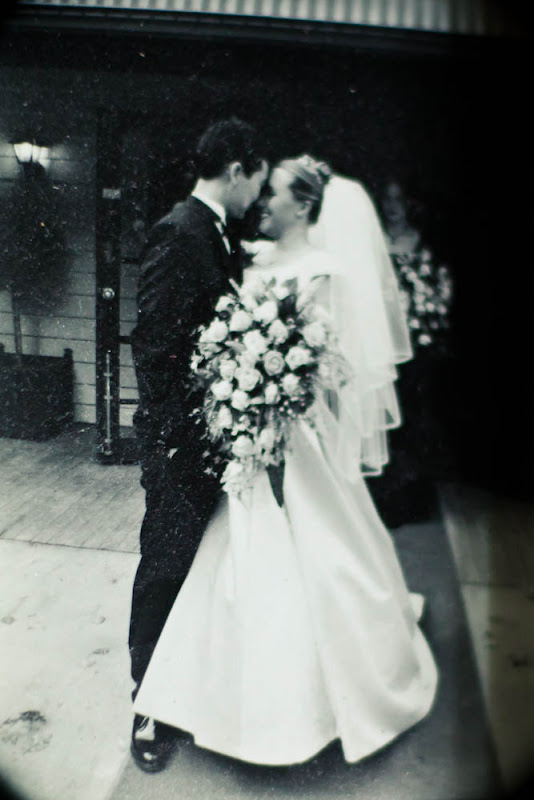 Happy 12th anniversary to my wonderful husband and my best friend.

(Maybe next year you could buy me a scanner for an anniversary present so our wedding pictures don’t look like they’ve been gathering dust for, uh, 12 years).

Back at work today after a fabulous long weekend that began with a birthday do-over and progressed to an anniversary dinner, a Spring Festival at Thomas’ school, a T-ball game and then a belated birthday dinner with the girls. And that was just Friday and Saturday.

Needless to say I have a TON of photos to go through and post but until then I will leave you with a touch of Spring in the form of my latest post for the I Heart Faces blog. This week’s challenge is “May Flowers”. I managed to take this photograph on Mothers day thanks to a patient family who agreed to a walk in the rain just so I could capture a few tulips while they are still blooming. 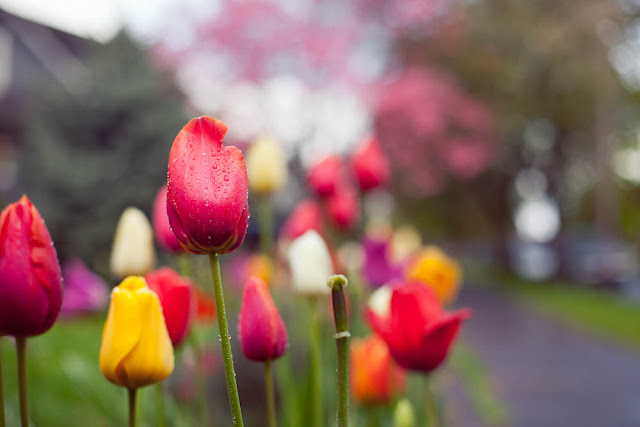 Back with more soon.