I had big plans for my 36th birthday – and by big plans I mean a couple of days off from work, doing just what I wanted to do. No schedule, no appointments, just a couple of days by myself with the opportunity to walk around and take  a few photos.

Tuesday (my birthday) turned out to be a day with Thomas. But not my healthy, happy Thomas. Instead I found myself looking after a sick child who was recovering from the stomach bug that Samuel kindly shared with us last week.

We did the grocery shopping (Trader Joe’s AND new Seasons), spent a lot of time watching TV and generally hung out for most of the day while I carefully monitored his every move to make sure he wasn’t going to throw up.

It wasn’t quite like I had planned but, actually, it was nice. It took me back to those days when we used to spend time together before Samuel was born. Just the two of us.

By the time Kei and Samuel got home at around 5pm, Thomas had perked up enough to agree to a birthday dinner of sushi (for me and Kei) and Soba noodles (for him and Samuel).

And this is the part when I realize just how important it is for me to take photos… While the events of later in the evening dampened my entire perspective of the day (more to come on that), these photos show me just how wonderful and special my birthday really was. 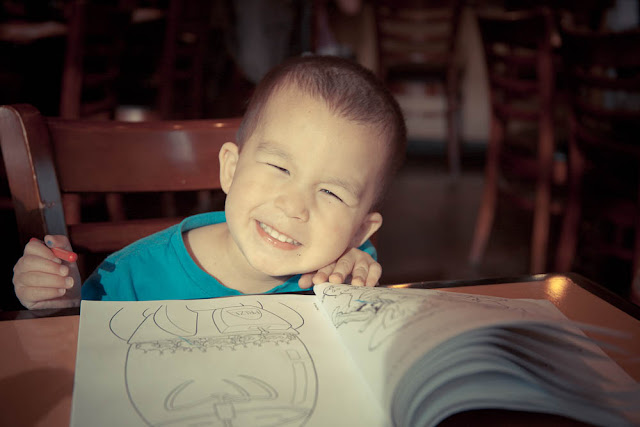 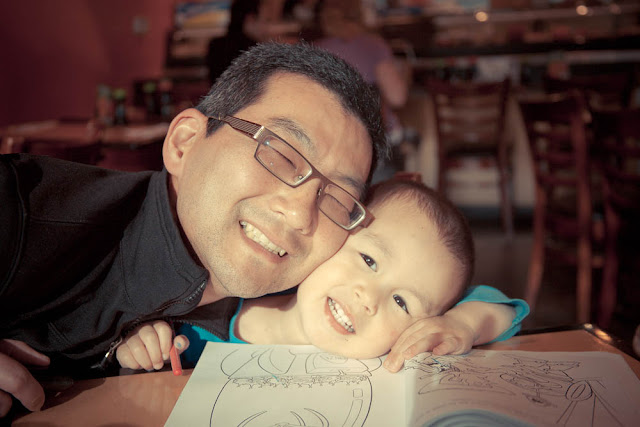 And then another reminder of that how he and I are genetically linked with the tongue-sticking-out-thing. 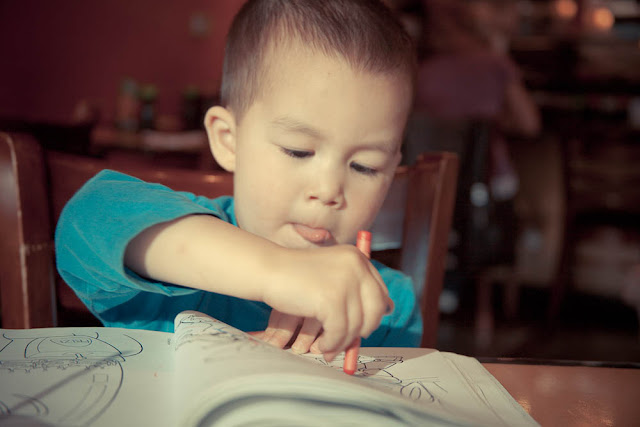 After a delicious sushi dinner we headed across the street to pick up a little dessert from the food carts. Thomas treated me to a couple of my favourite photos of him ever. 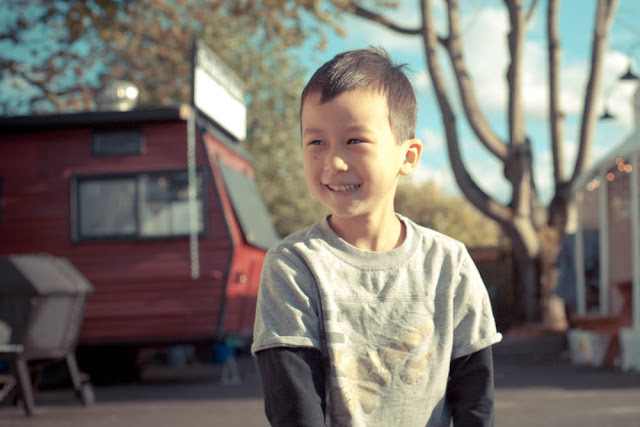 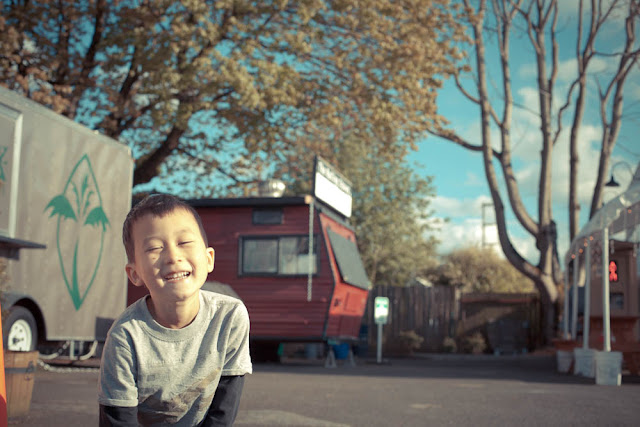 And then the boys ate cookies while I watched them eat. Strange – I didn’t feel dessert (more to come on that later).

Nothing commands their attention quite like the promise of food. 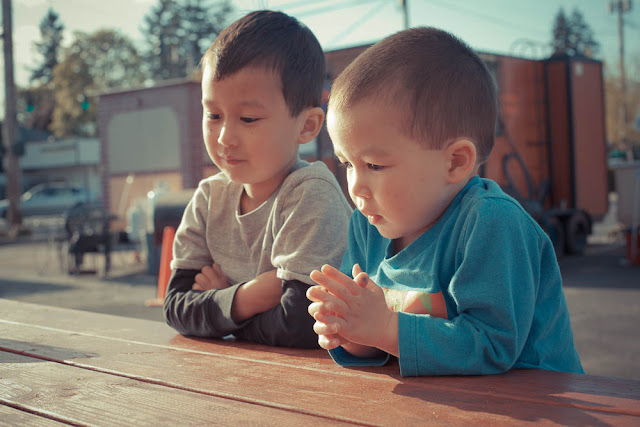 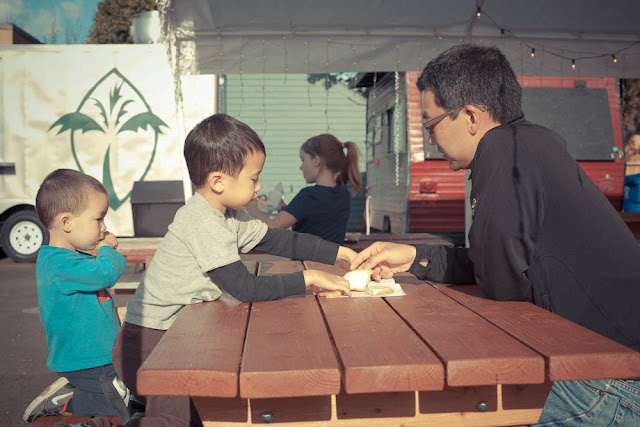 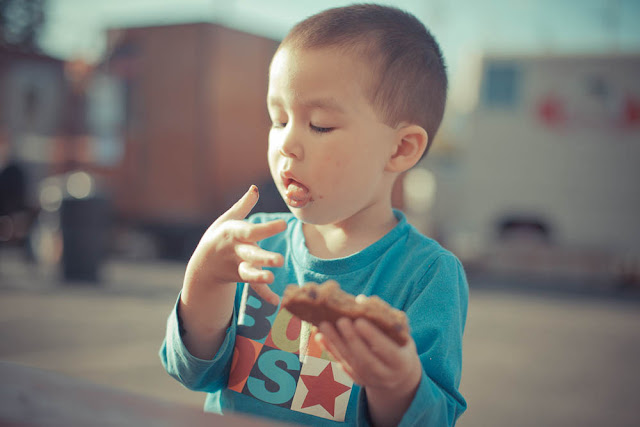 This was followed by a little activity to work off some of that chocolate. I know this next photo has the wrong focus and Samuel’s head is in the way, but I adore it anyway. 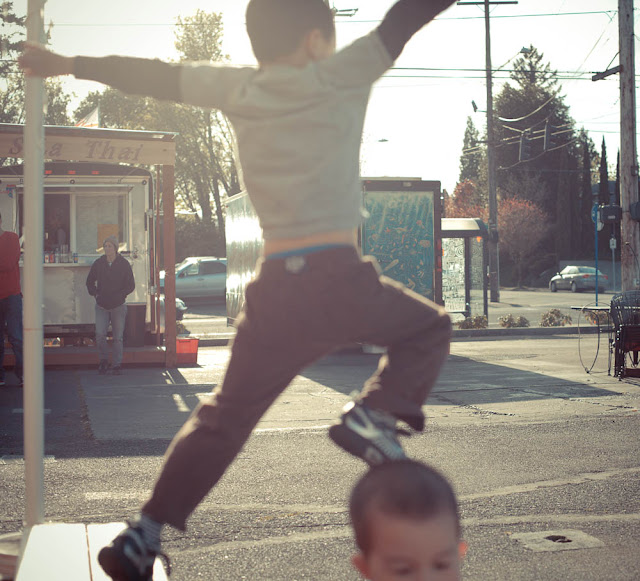 We ended dinner with a walk around the neighborhood where I finally had my opportunity to take a few photos of Spring. 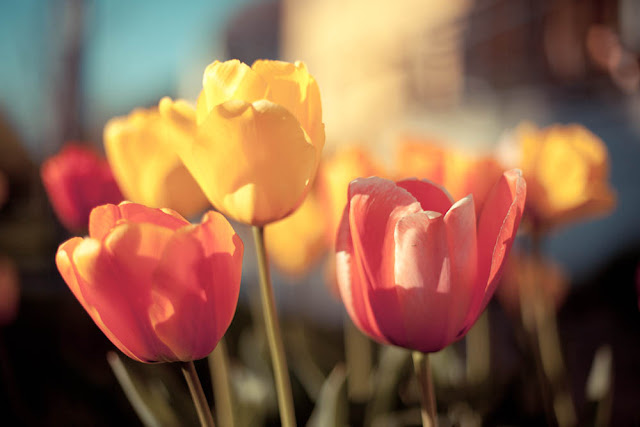 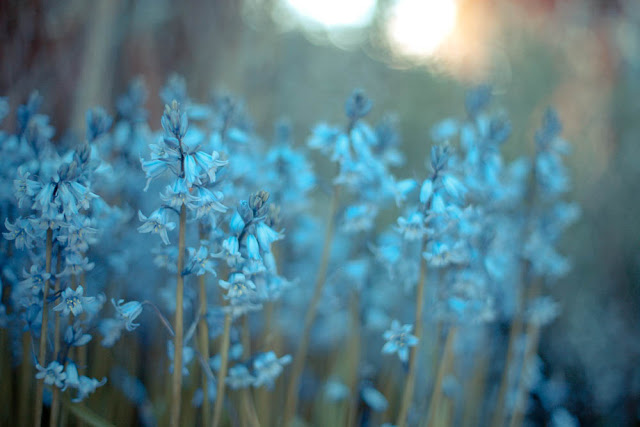 The rest of the evening had a lot of promise – Glee night with the girls, wine and cupcakes. It started well but I had to leave a little early. Seems the stomach bug had not passed me over and I was destined to lie on the couch for the next 24 hours while Thomas (who wasn’t quite over it either) was forced to keep himself entertained with Lego and TV (LOTS of TV).

So, I am looking forward to my do-over next weekend even though in retrospect it wasn’t all that bad. Still, there’s no harm in trying to make it absolutely perfect and extend my birthday celebrations in the meantime, right? 🙂

This entry was posted in Life, Motherhood, P365, Photography, Portland. Bookmark the permalink.