So this week the Ishidas continue their crazy schedules while I take a not-so-quick-trip to Vegas for the NAB Post Production conference.

It began with a 5:30am flight on Saturday, which I actually thought was a 6:30am flight. Thankfully I was saved by my compulsive need to arrive at least an hour early at the airport and even avoided the panic of running for the aeroplane. I was oblivious to my mistake until they announced “final boarding call for Ishida.” It ended up being a nice surprise and got me in the air much more quickly than I had expected.

Alas, I don’t have time right now to share some of my Vegas adventures, but I will soon. Let’s just say that they include watching women falling from the sky, eavesdropping on far too many Aussie conversations and hearing James Cameron talk about 3D film making.

For now I’ll leave you with a quick glimpse of the Nevada desert from above. 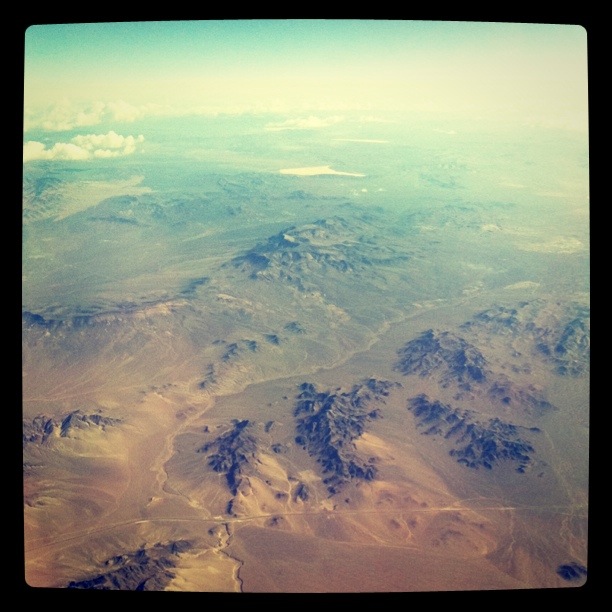 This entry was posted in Photography, Travel. Bookmark the permalink.