My second born child. Closest to me in birthdate and personality. Cheeky, funny, smart – and also the one who is currently pushing me to the edge of sanity. 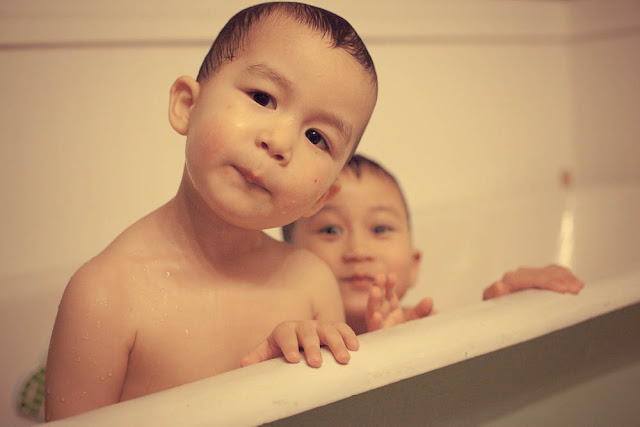 This weekend was tough. Oh, it had it’s wonderful moments filled with laughter and play and putting on shoes without debate. But, for every good moment or two we experienced a major backslide – and when the meltdown begins there’s no knowing how or when it will end.

When Thomas was this age, he’d quietly go and stand or sit in timeout with very little resistance. After 2 or 3 minutes we’d talk and hug and it would be over. We’d move on. In fact Thomas’ meltdowns were so rare that I honestly can’t remember a single traumatic parenting event – at least as far as tantrums were concerned.

Samuel, however, is headstrong. He refuses to sit in timeout despite the number of times I pick him up and place him back on the step. If I close the door, he sits and kicks it with his feet until it sounds like the house will collapse around us. On Saturday it got so bad that I had to leave him screaming upstairs for at least 30 minutes while I regained my composure. This morning I carried him out to the car without bothering to fight the battle of putting on his shoes and the only reason I was able to get him out there at all was because he was a little terrified at the prospect of being left home alone (a veiled threat of course).

The thing is that he’s a relative angel when he’s with other people and we’ve received nothing but good reports from his new daycare. I really hope that this is just a bump in the road of his development and that Samuel’s responding to changes in daycare and the stress of potty training (it’s gotta be stressful, right?). I know my sweet baby boy is under there somewhere and I want him back.  In the meantime, I’m prepared to read as many books as it takes to find a solution. Feel free to share recommendations.

This entry was posted in Challenges, Life, Photography, Samuel. Bookmark the permalink.