Thanks to a very early start, our first day in Tasmanai was a long one. We departed Devonport after breakfast and drove to Launceston, which only took an hour or so.

Launceston was just a quick stop on our way to the North Coast so we had just enough time to visit the Cataract Gorge and take a quick walk through the city before continuing our journey. 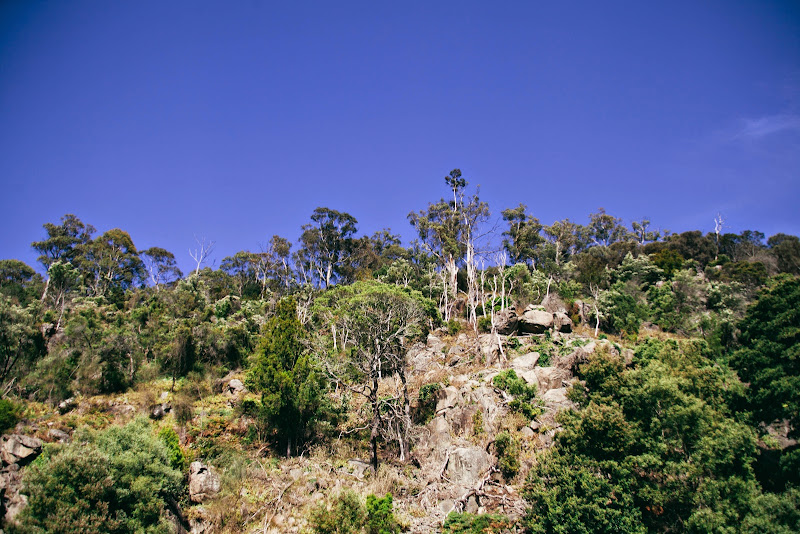 Apart from a couple of very windy days (which I will go into more in a future post), we were blessed with beautiful weather during our Tasmania adventure. The island is usually a few degrees colder than the mainland which isn’t a bad thing in December, but it can mean more cold, grey days. I think we hit the blue sky jackpot.

We decided to explore Cataract Gorge after reading about it online. It’s a little hidden piece of nature on the outskirts of the city and was definitely worth the visit for the walk through some beautiful gardens and that feeling, again, like we were traveling back in time. It’s not difficult to imagine women at the turn of the century walking through the gardens with their parasols or a band playing a tune in the century-old music pavillion. 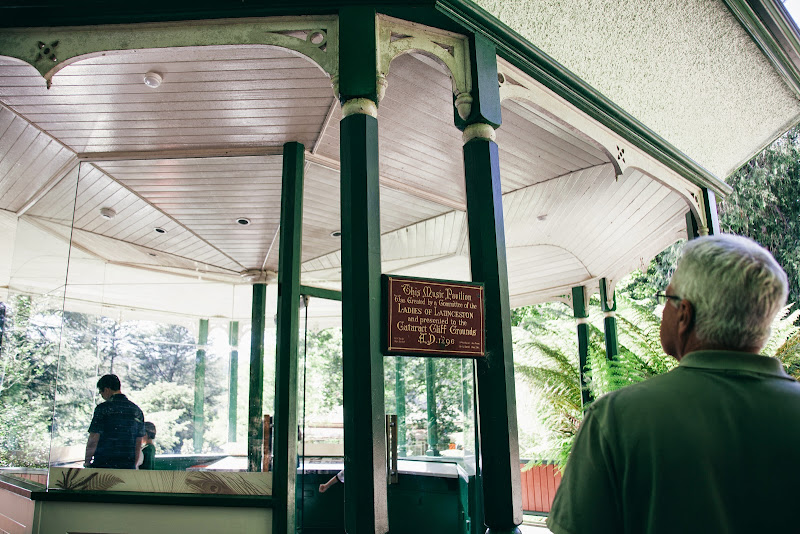 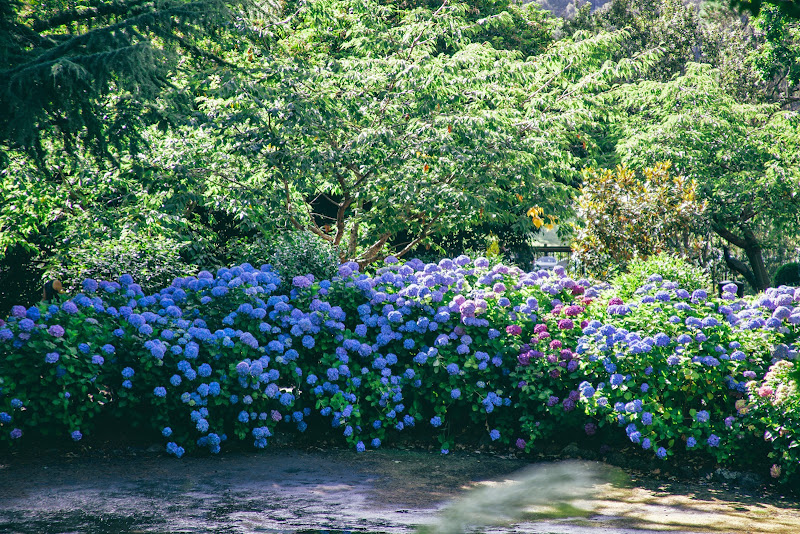 The gardens are also well known for their wandering peacocks (pictured) and wallabies (too quick for me). 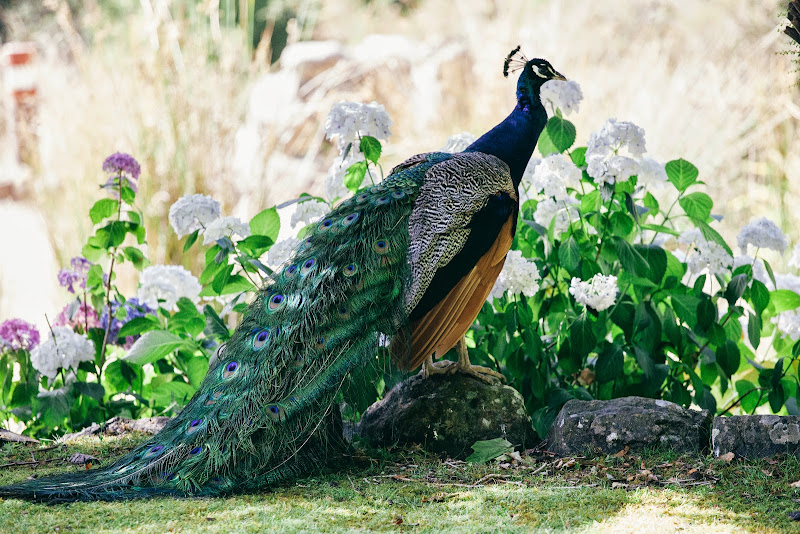 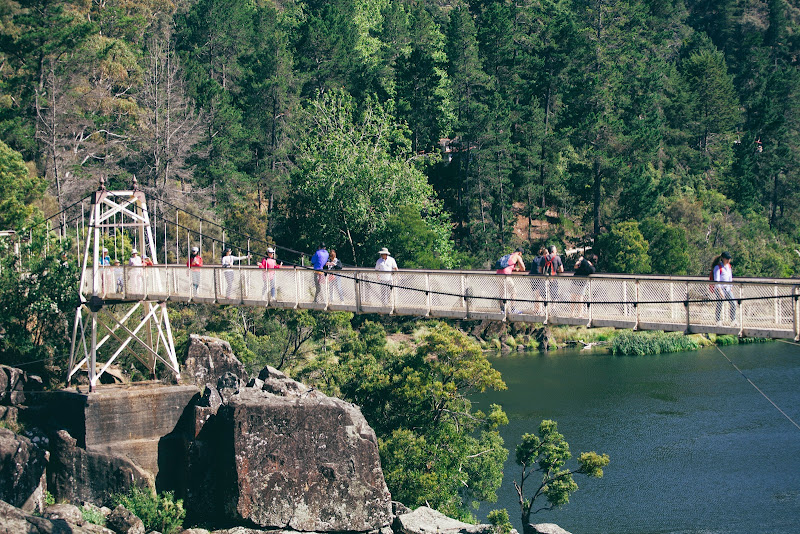 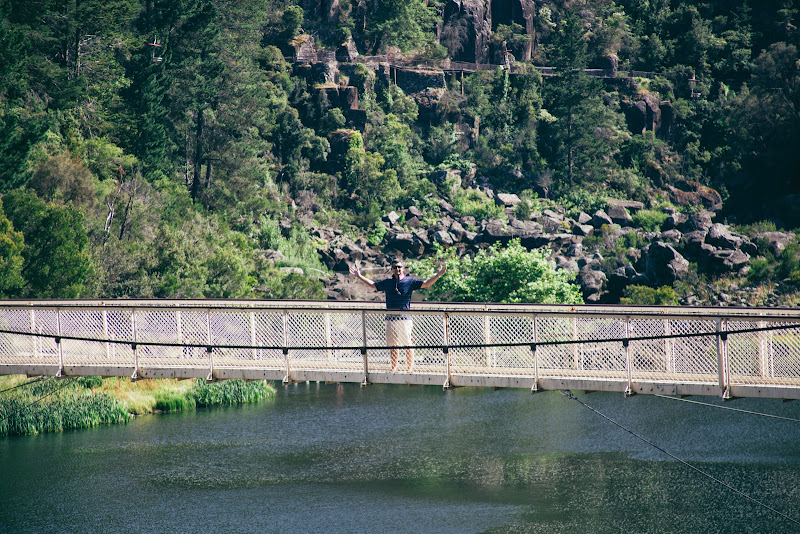 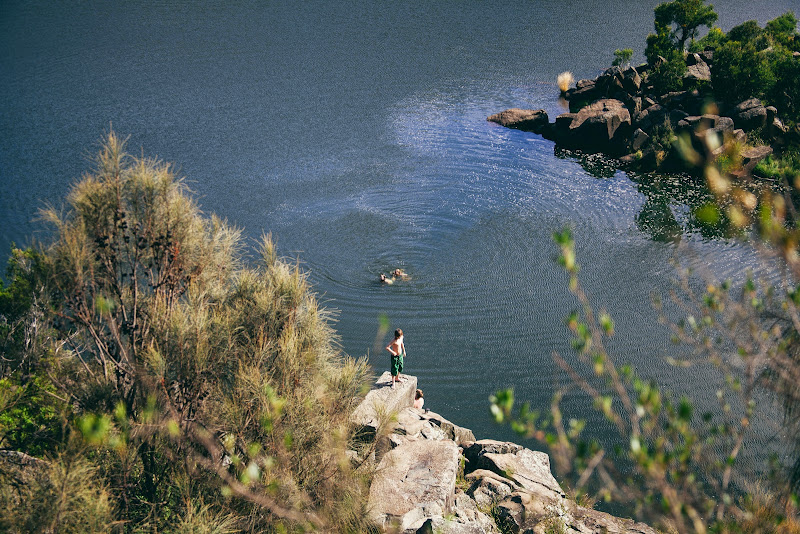 It was a little chilly for a swim, but this has got to be one of the most picturesque pool locations I’ve ever experience. 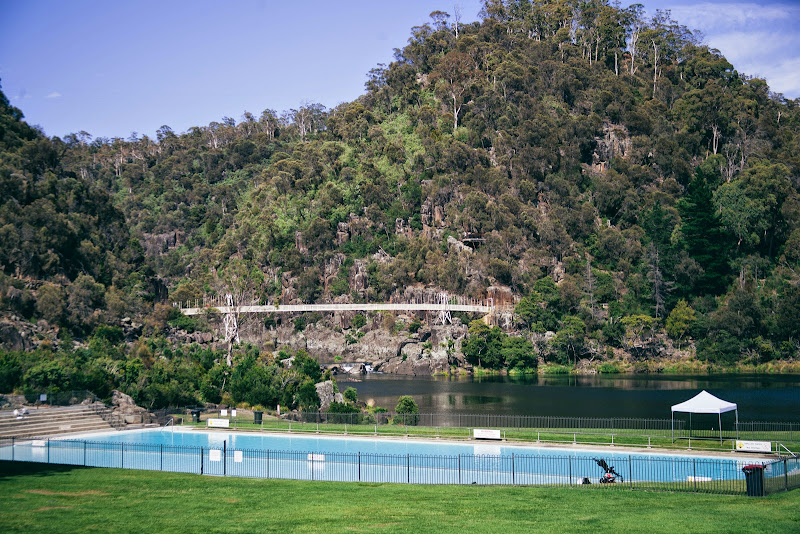 After walking to the bottom of the gorge, we caught the chairlift back to the top and, I won’t lie, it was a little unsettling. Although I’m sure the ride is completely safe, the 1960’s design made me keep a tighter grip on my youngest child that I had anticipated. The bar across the seat didn’t seem enough to hold him in securely and, while I put on a brave face to avoid feeding into his new fear of heights, I didn’t quite have the ability to pull out the camera. I was even afraid that I’d lose my cellphone over the side if I attempted a chairlift selfie. So, alas, I wasn’t able to capture the view of the Gorge from above or the elusive wallaby who watched as we sailed overhead. 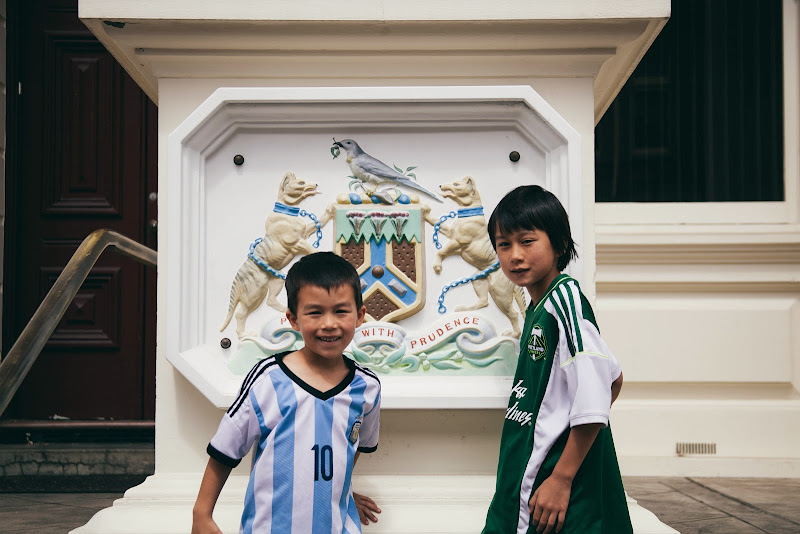 … and then found some extinct tigers to sit on… 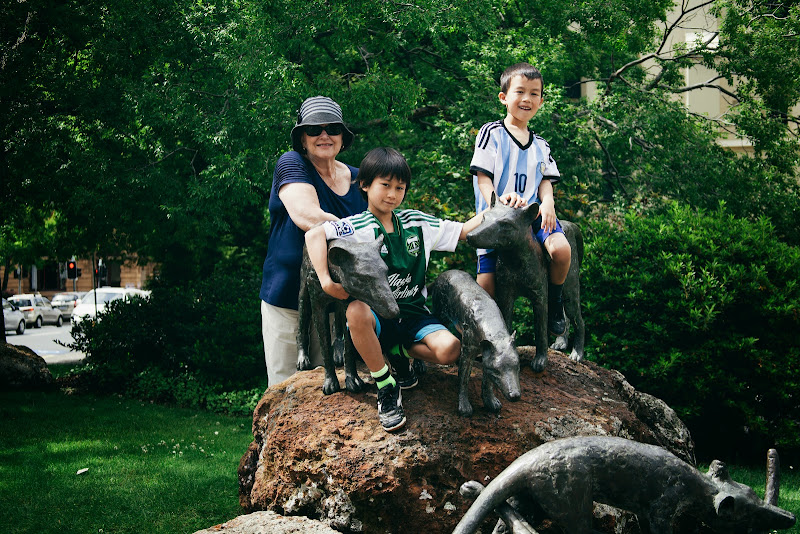 … and took silly pictures next to giant birds. 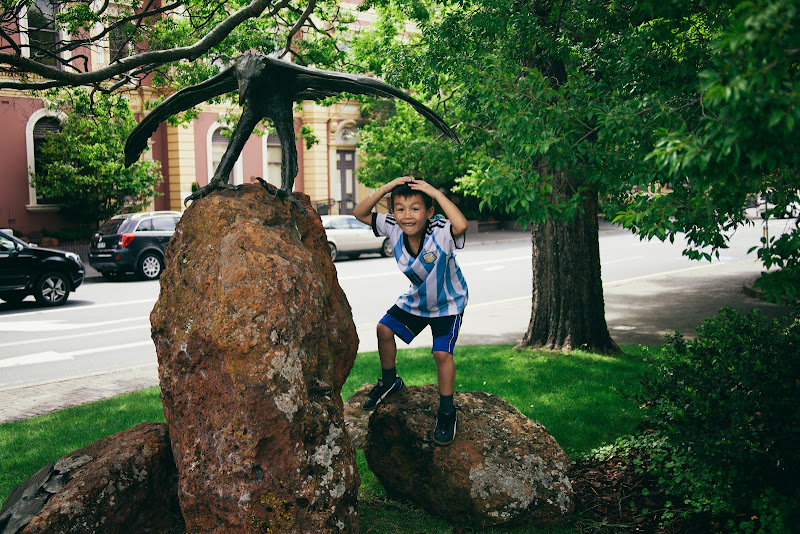 Not much to see here – just a still-life portrait that makes me giggle. 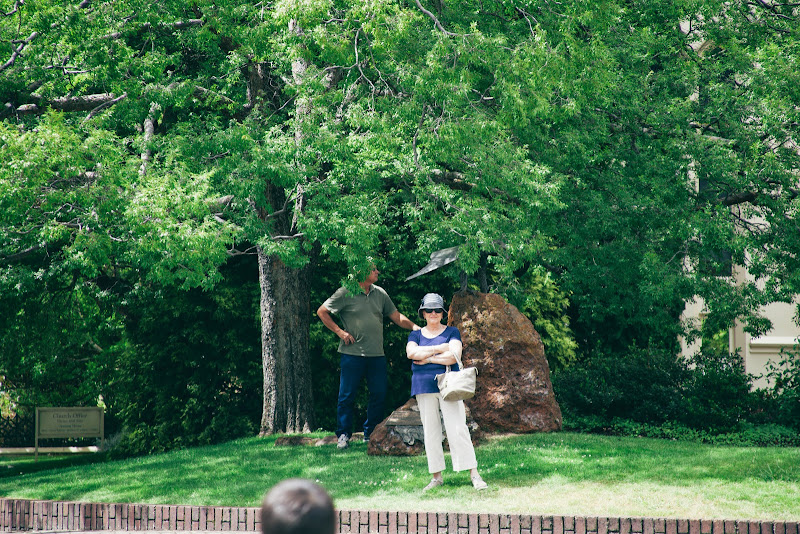 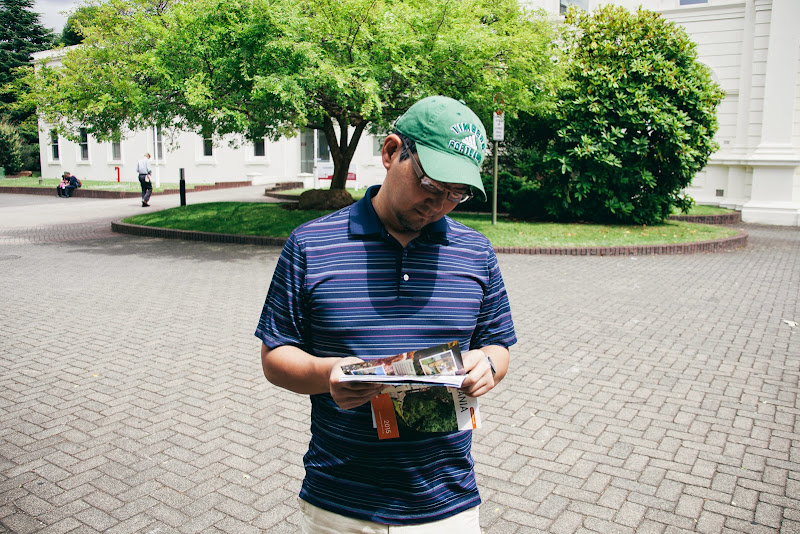 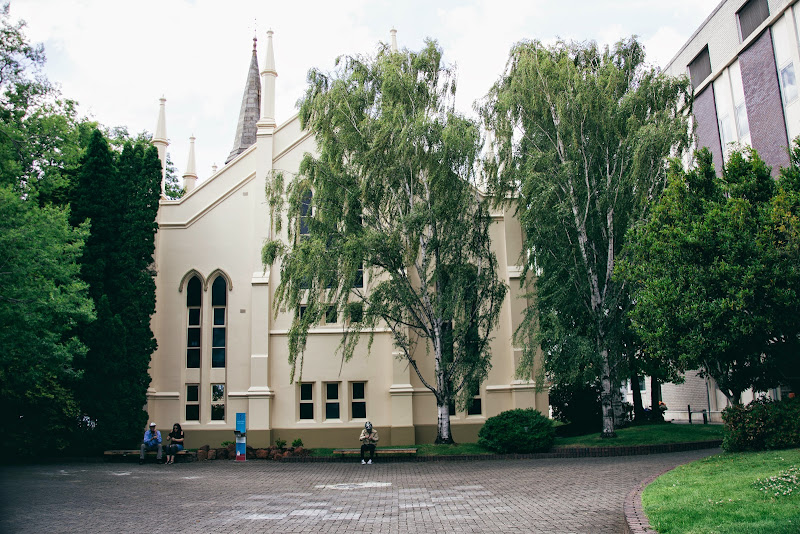 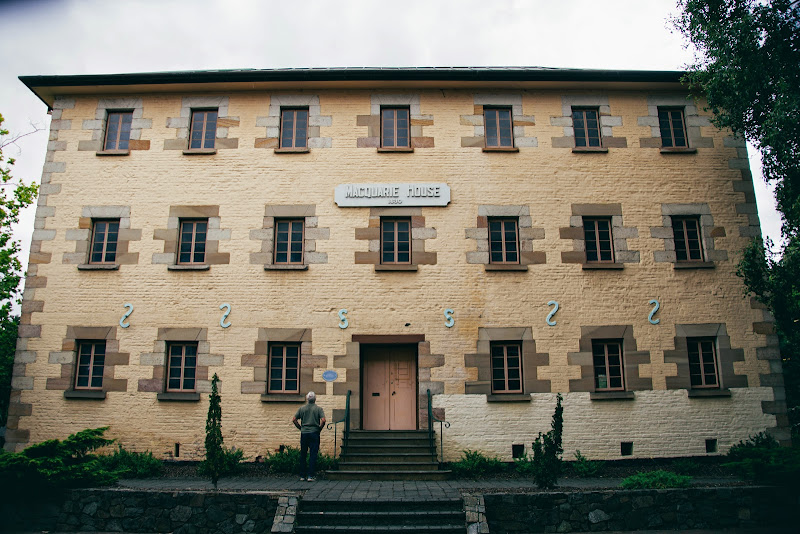 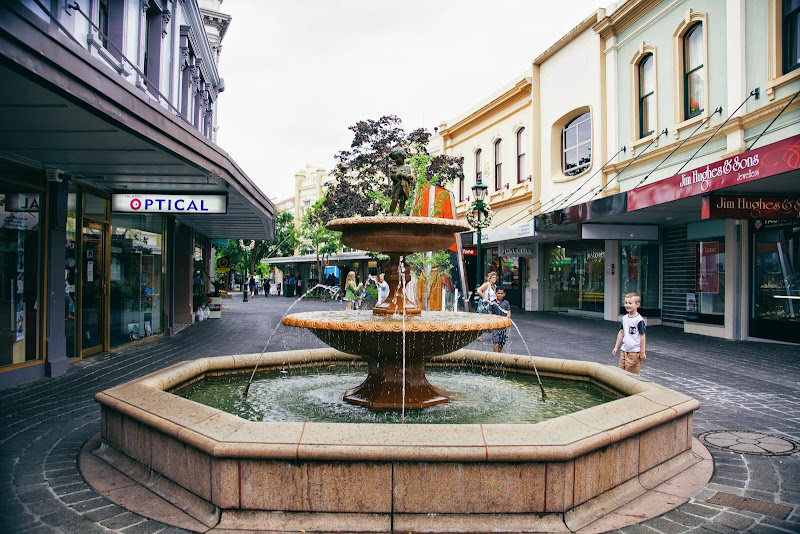 …as well as the new and funky. 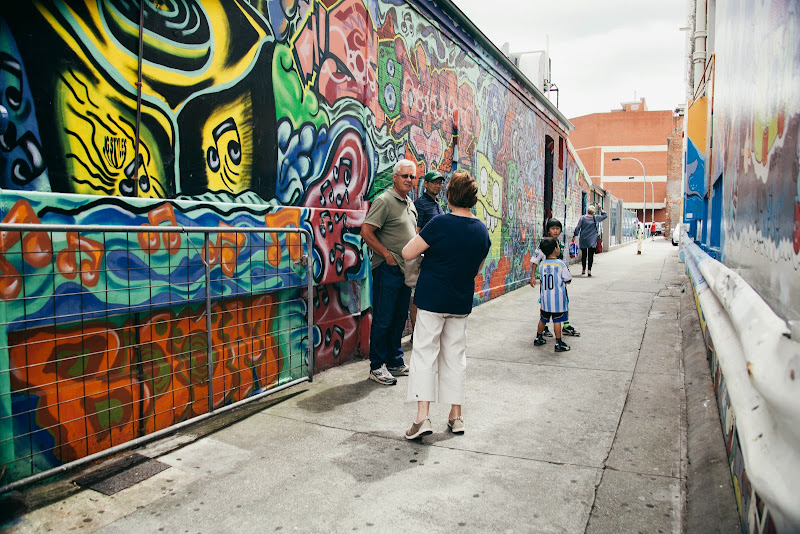 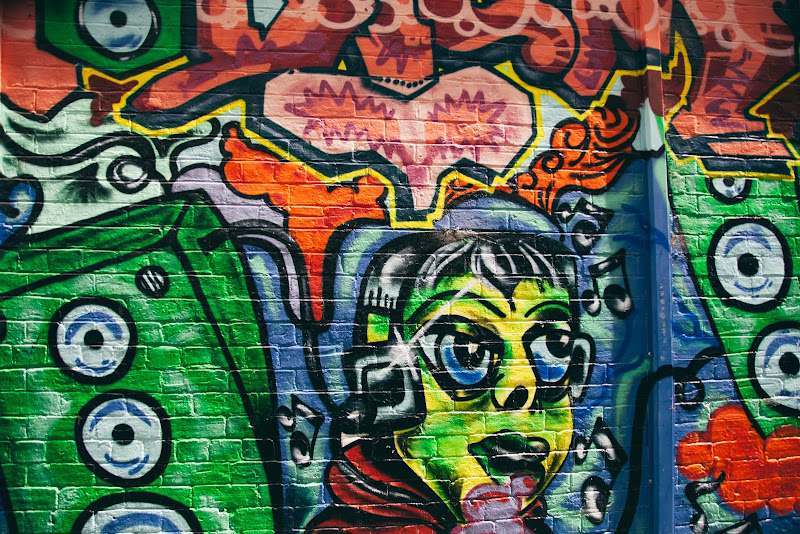 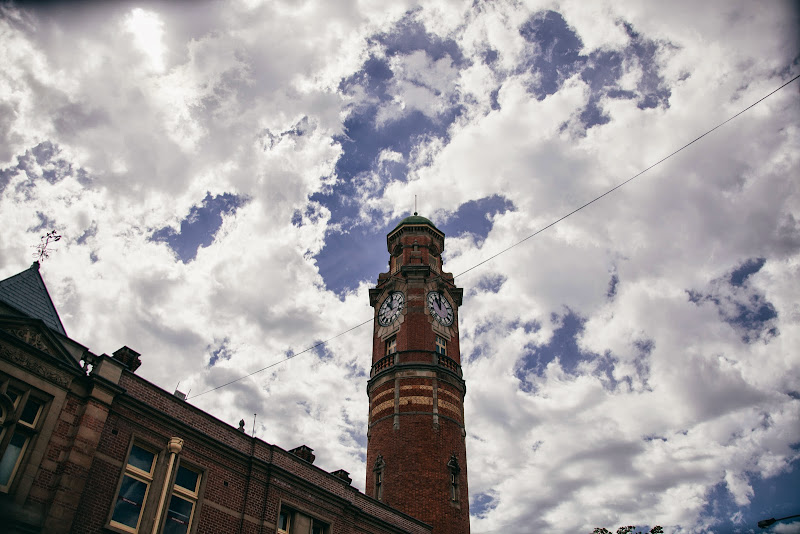 And, before long, it was time to hop back in the car again and head for our first night’s stay in Georgetown on the Northern Coast. I don’t want to get you too excited but, PENGUINS! Next time.