I already shared one of my more surreal images from our July 4th celebrations but I’m never one to post just a photo or two from a day that included fireworks.

We spent the first few hours of our celebration at the home of one of Kei’s golfing buddies – a friend who also happens to own a pretty delicious Hawaiian restaurant in Portland so, FOOD! At one point I loaded up my plate and counted five different types of meat. The margaritas were also pretty good which explains why some of my photos from later in the evening were a little shakier than usual.

Despite the 200 or so people who attended the party, it was a relaxed event with lots of Hawaiian music and random acts of Hula. The whole experience really made me want to jump on a plane to Hawaii. (Random Acts of Hula would make a great band name. You’re welcome to use it.) 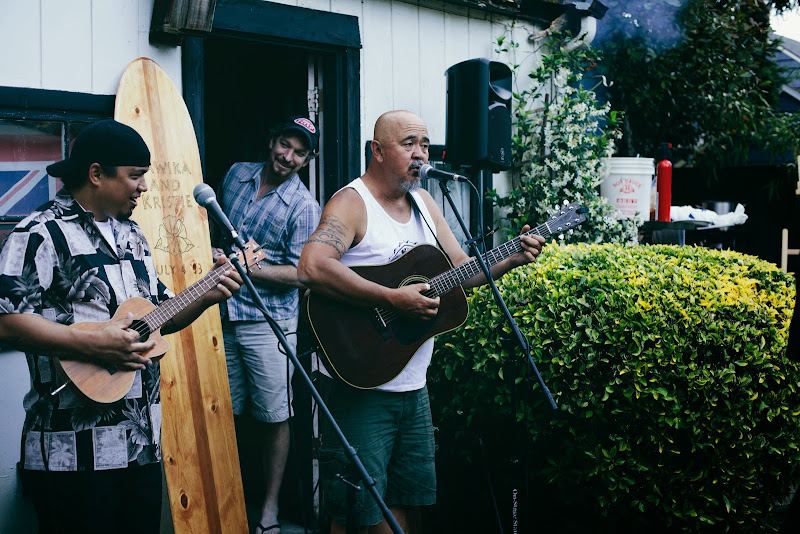 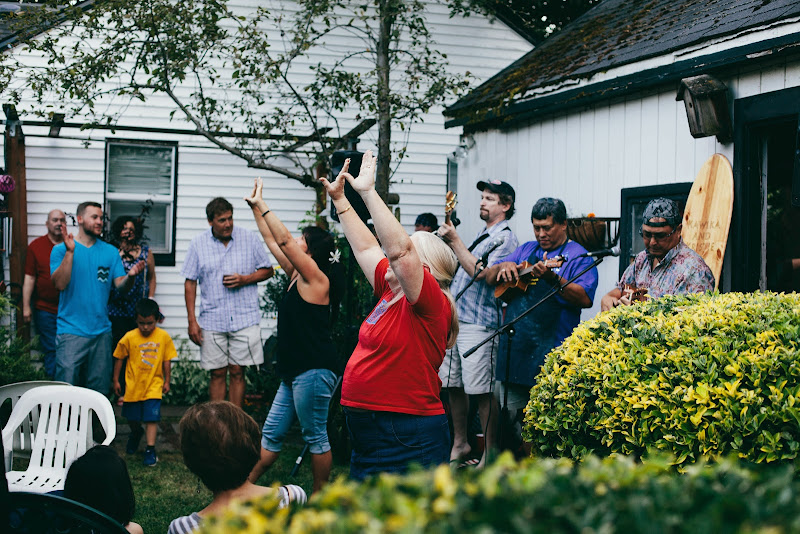 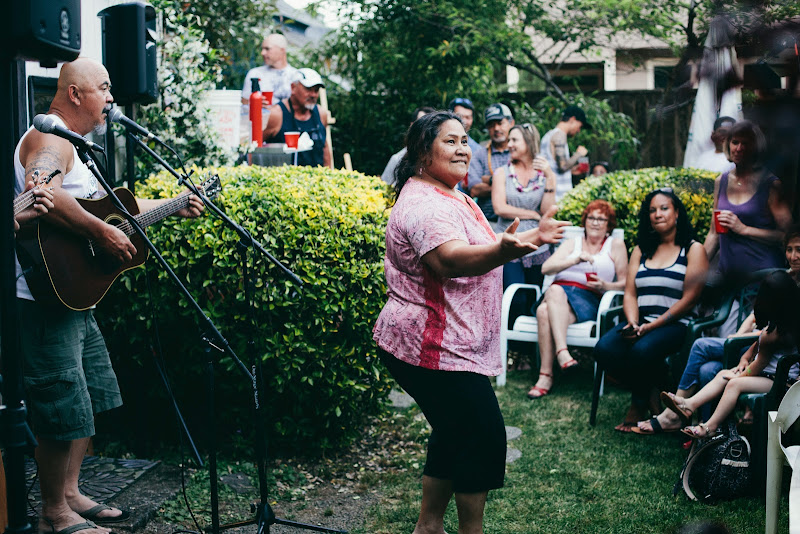 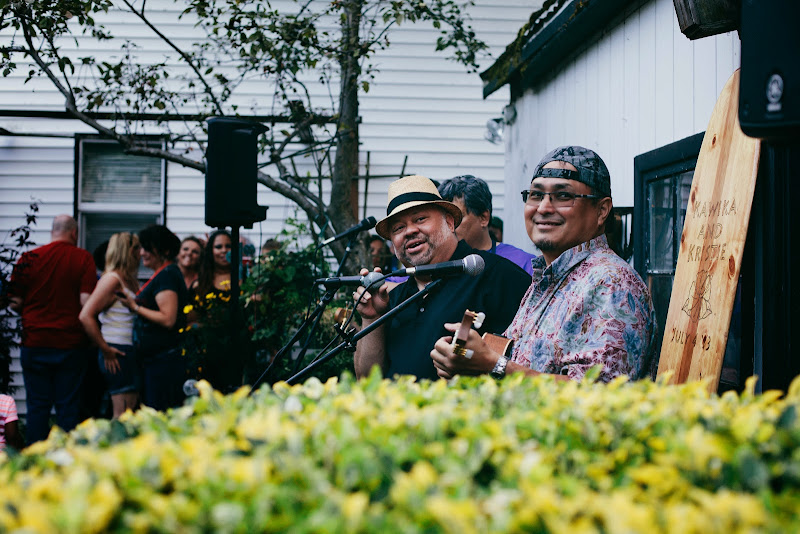 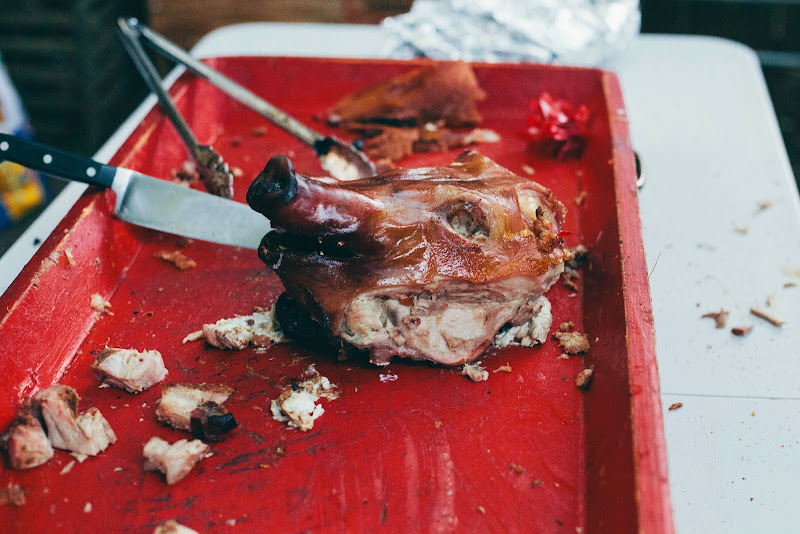 The kids enjoyed Hawaiian-style shave ice, drowned with colors not found in nature. 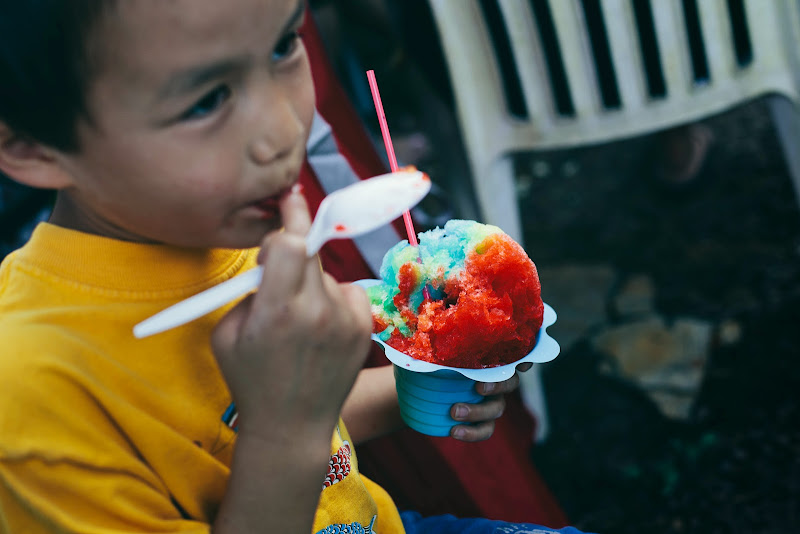 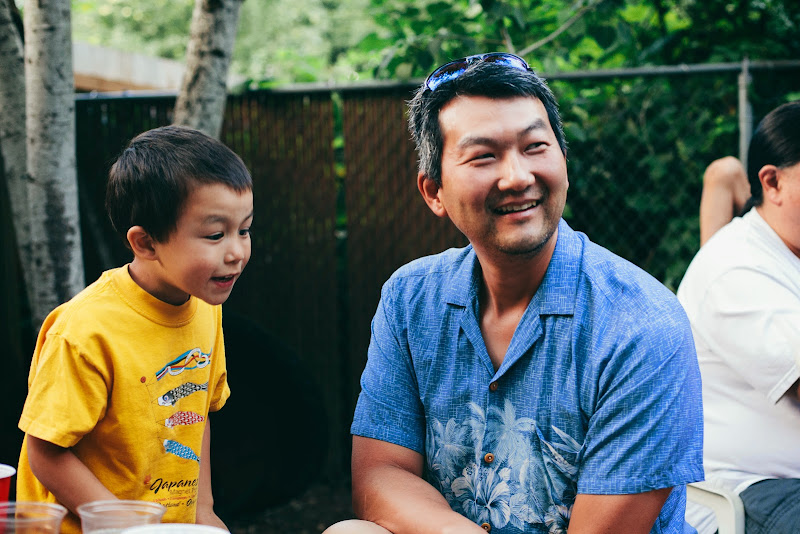 While we had originally planned to stay for what was sure to be an epic Fireworks display, a quick family poll revealed that the boys were looking forward to lighting some of their own so we headed home around 9:30. The fact that they stayed awake for the entire car ride at that time of the night meant that the Hawaiian shave ice was doing its job. 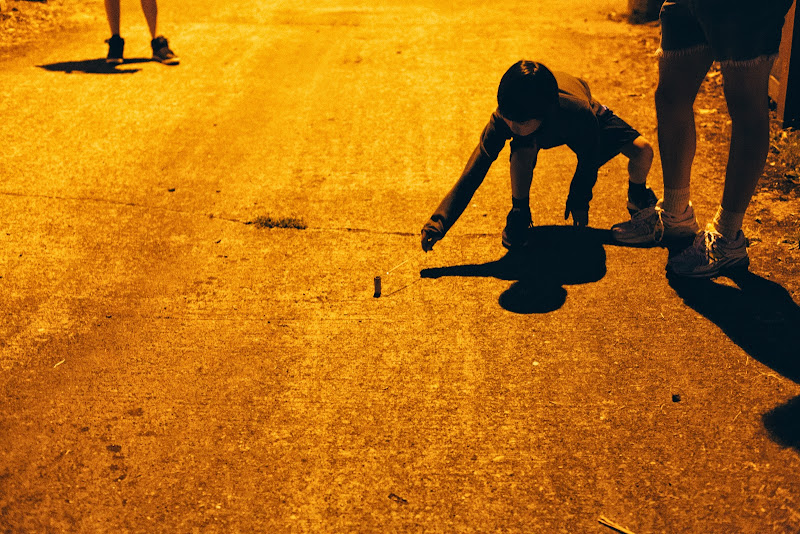 Side Note: The yellow cast in the photograph is from an overheat streetlight in the alley behind our house. We started a little earlier last year so I was able to avoid it. 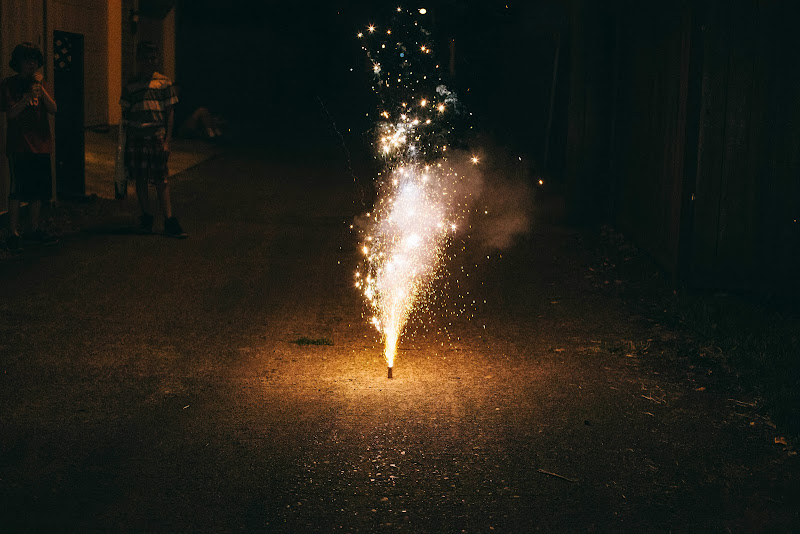 We started with the smallest fireworks and then gradually moved up to the bigger displays with names like “Hell Fire.” 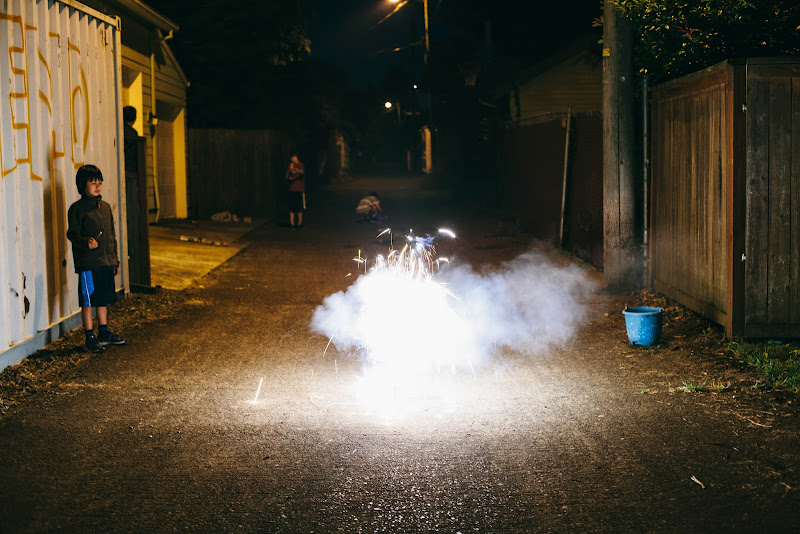 The blue bucket is there for the trash. At one point I referred to it as the “trash bucket” and our neighbor thought I was using a new Aussie slang for “rubbish bin”. It surprises me how I can still so easily be misunderstood even after 11 years in this country, even when I’m trying to talk like an American. Trash Bucket would also make a good band name.

This next photo is a rather cool mistake. 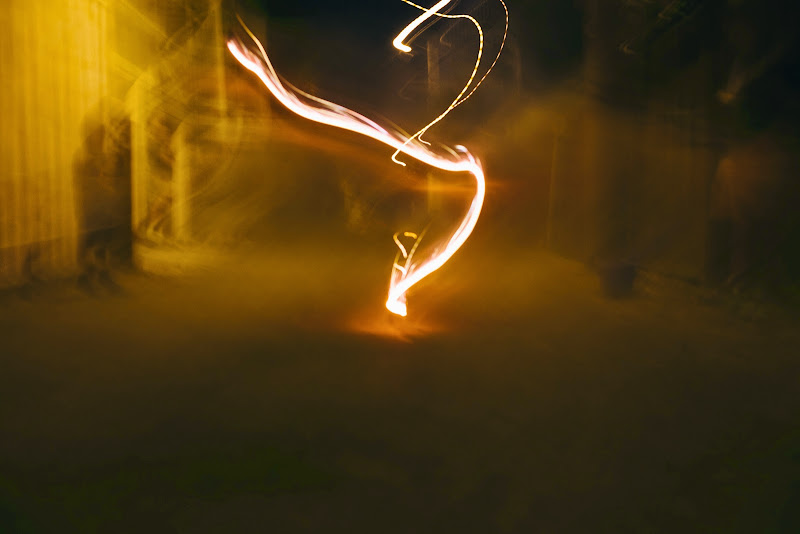 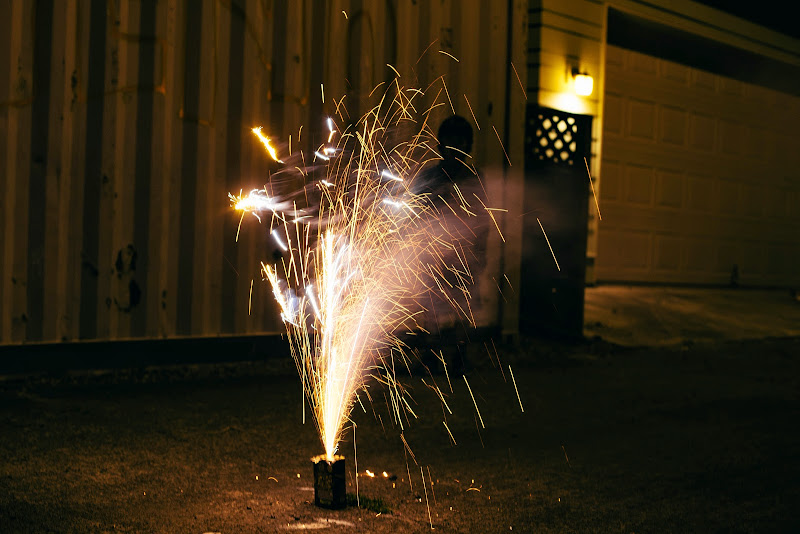 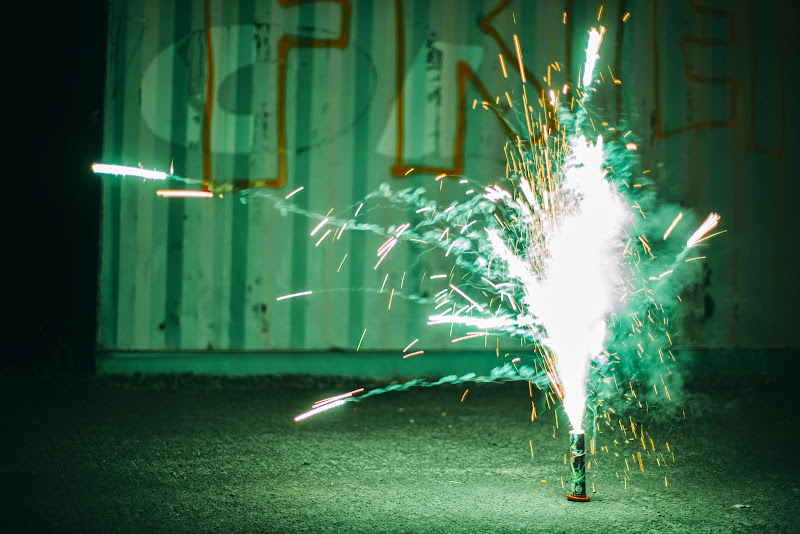 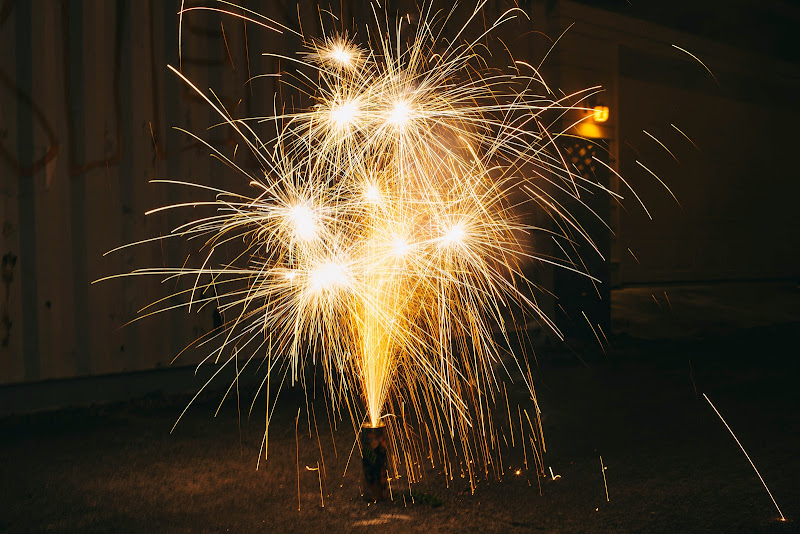 After we exhausted our small supply, we headed down to the corner of our street where the neighbors brought out the big guns. 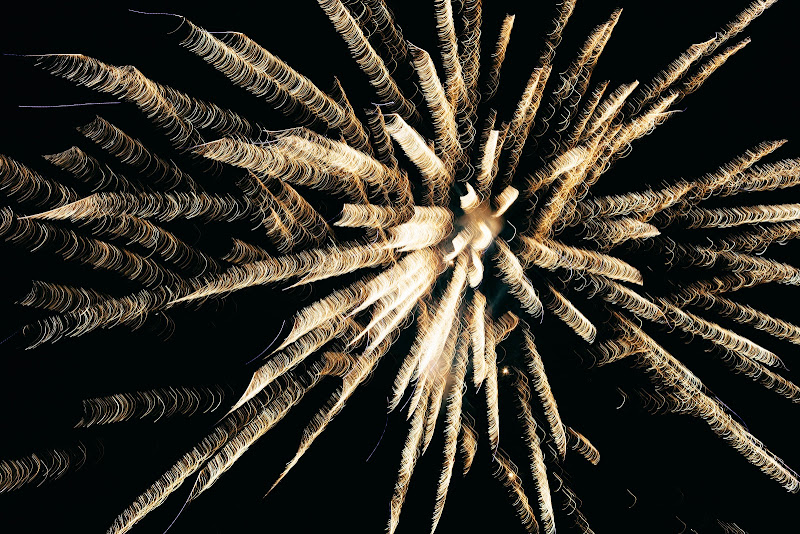 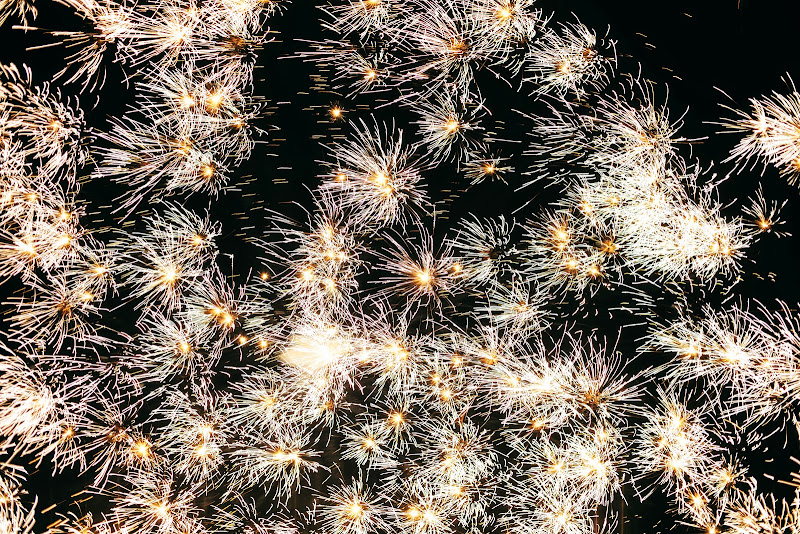 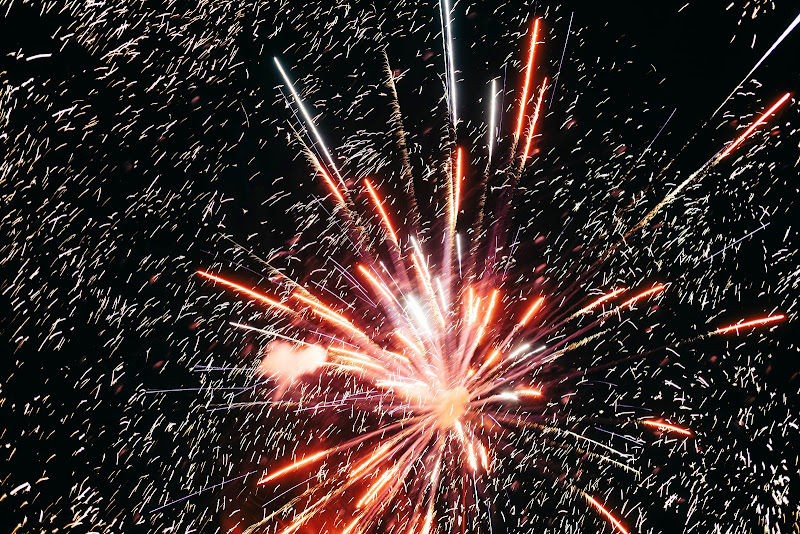 I managed to take two or three photos before Thomas begged to go home to bed. When that sugar crash hits, you have no other option.

And that’s a wrap for Independence Day, 2014. God bless America (and friends and hawaiian food and fireworks). 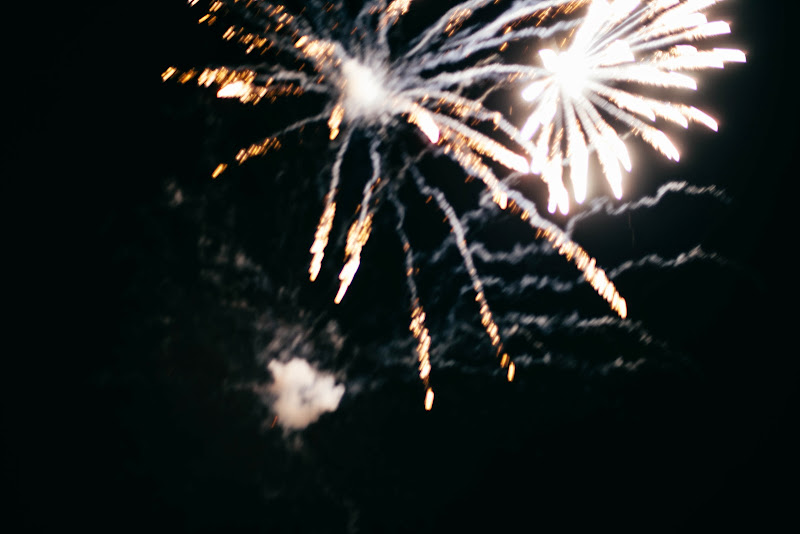 This entry was posted in Holidays, Photography, Portland and tagged 2014, July 4th. Bookmark the permalink.