We had a busy weekend but, thankfully, managed to get a lot accomplished. Birthday party and soccer on Saturday, 4 hours (!) of weeding on Sunday, shopping and laundry. Then we finished it off by watching Game of Thrones and Mad Men. I went to bed WAY too late thanks to a Portland Trailblazers basketball game that went into overtime. But they won so I guess it was worth it.

I also finished my 2013 photo books – only 4 months too late for Christmas but a huge load off my mind.

Oh, and it was Easter yesterday – which has a lot less meaning for me here than it did in Australia where it’s an actually HOLIDAY. Still, the boys enjoyed their little visit from the Easter bunny who apparently did extremely well in the gift department this year. Who knew Mixels would be such a popular choice? And the chapter book Thomas received? He already finished it. Of course they received some chocolate as well and I made the mistake of letting them have some before taking them grocery shopping with me (Kei was playing golf). I thought about leaving them them at the store but didn’t want to be arrested for disturbing the peace. Good thing they started out in my favor thanks to some great report cards.

I also continued my habit of not taking even one photo.  I was simply too busy and covered in dirt to even think about it.

So, I’ll share some photos from a brief visit downtown a couple of weeks ago. I chased the boys around with the camera while they tried to avoid me. I supposed we’re hitting THAT stage in the love/hate relationship with having their photo taken. Made for a few fun shots though. 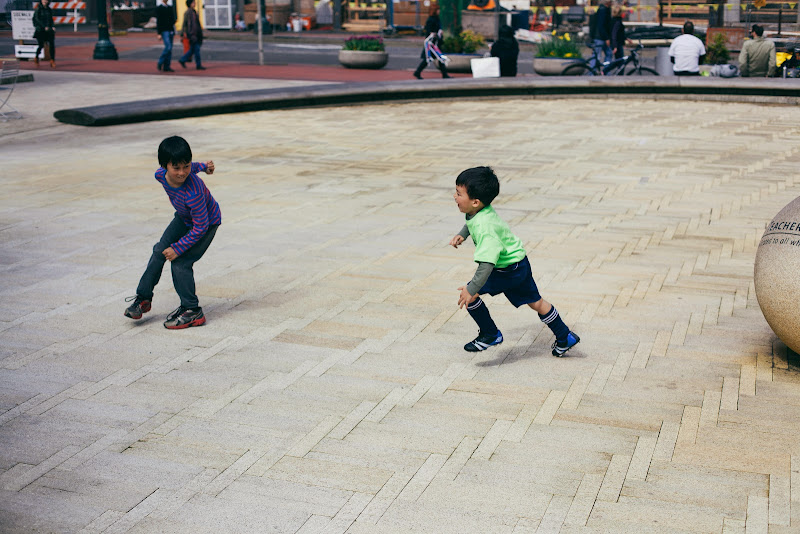 Samuel’s pose in this one cracks me up. 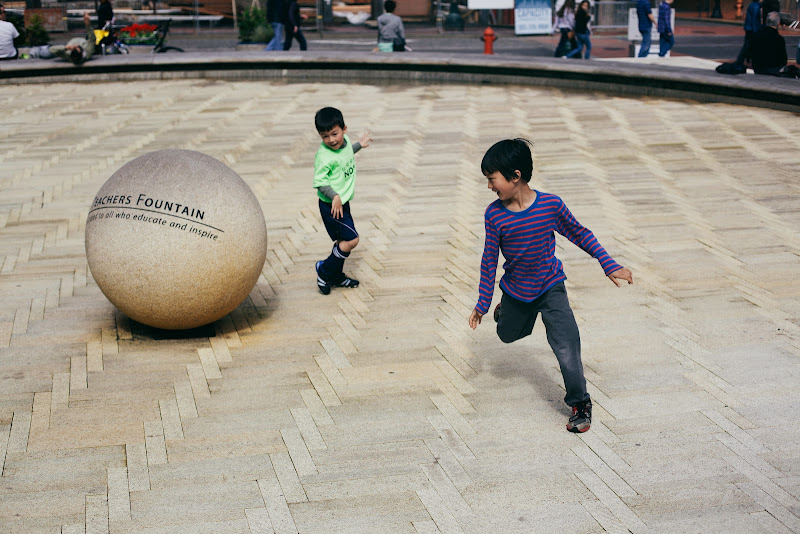 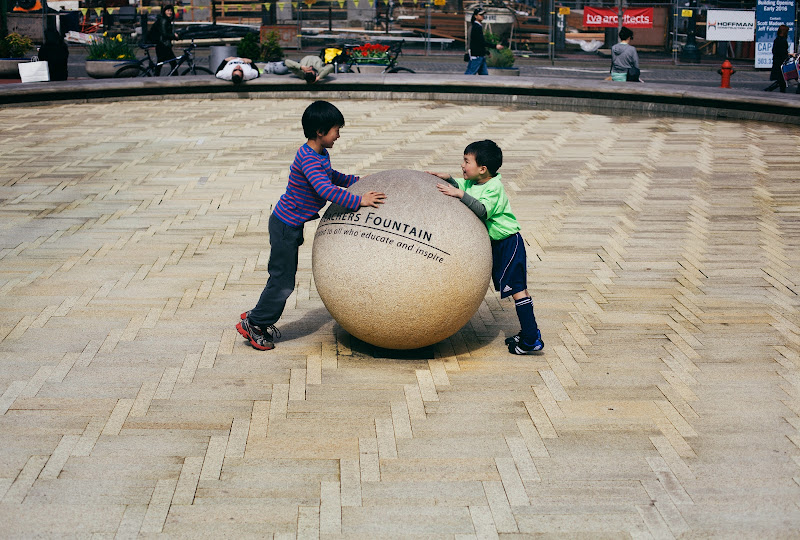 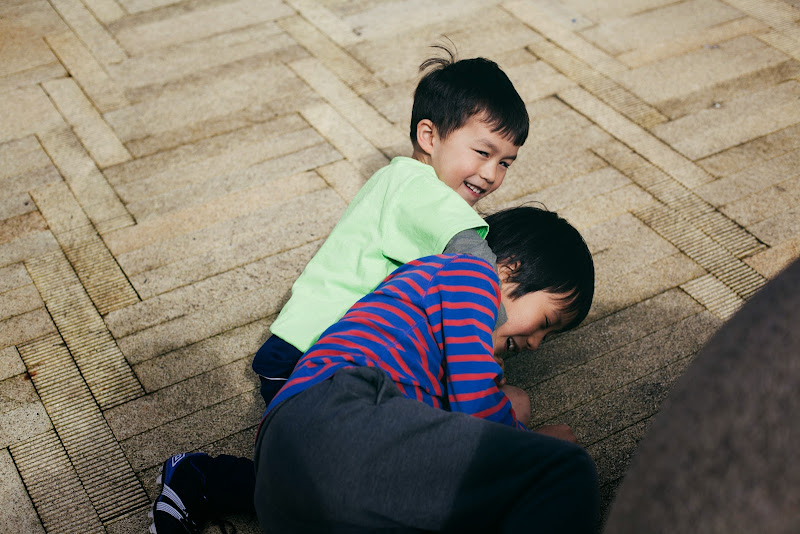 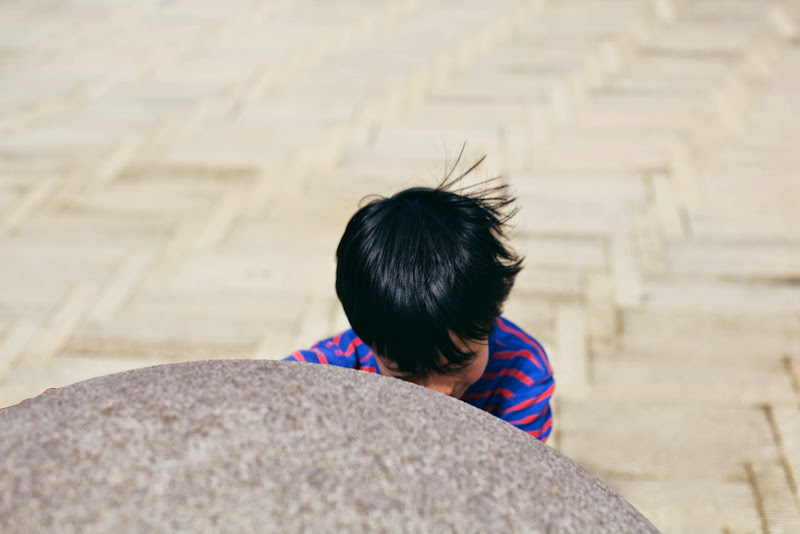 Samuel was trying to “help” me take Thomas’ photo. 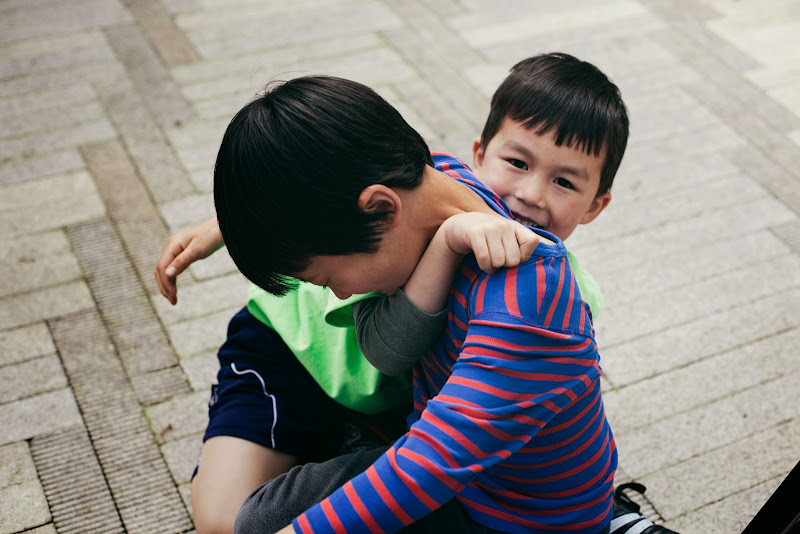 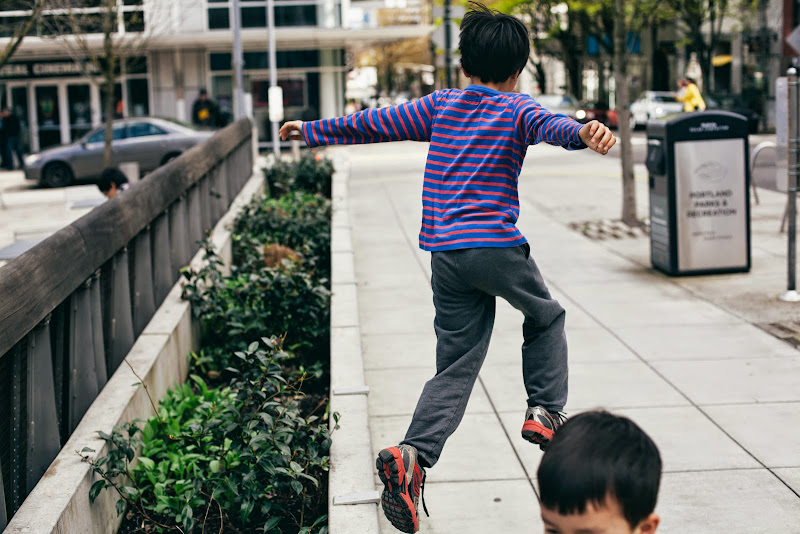 Hiding from the paparazzi. 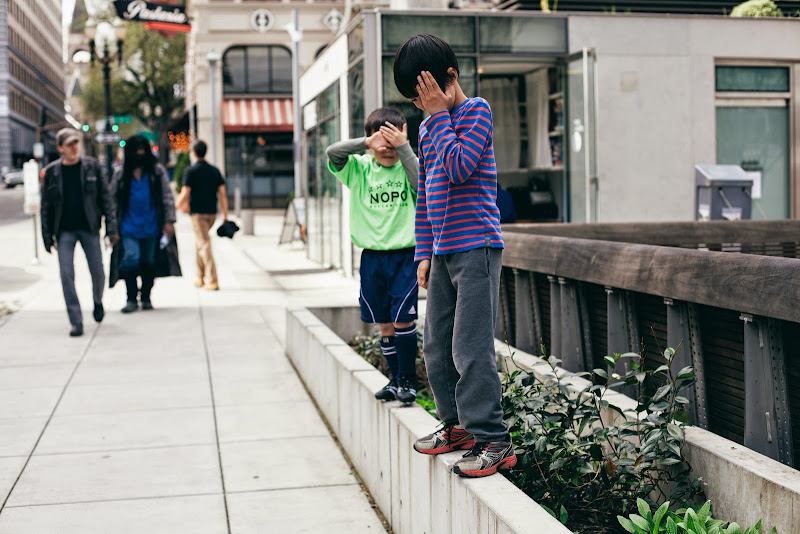 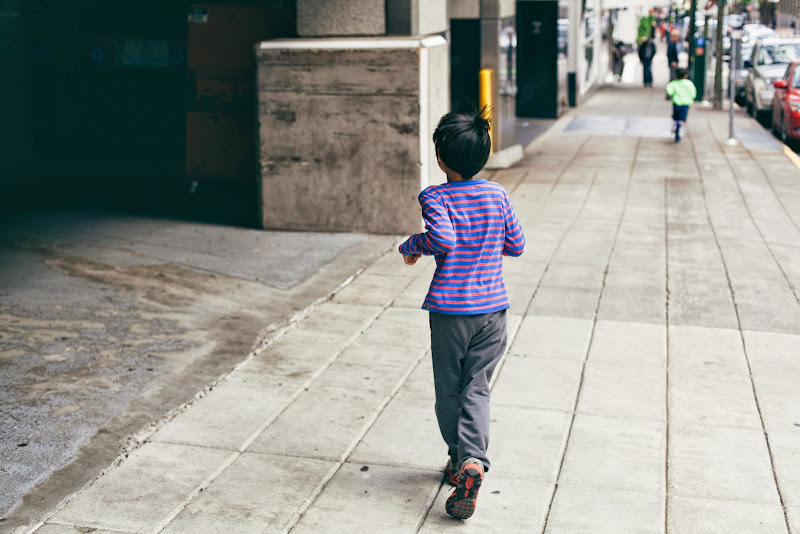 This entry was posted in Life, Photography, Portland, Samuel, Thomas and tagged Portland. Bookmark the permalink.