Our one full day in Nikko was busy. After a morning visiting the temples and shrines, we drove up the longest, windiest road I’ve experienced in quite a while. Thankfully the most car seat-prone child slept on the way up so we were spared the drama of stopping by the side of a very narrow road to clean up any messes. Although it might have given us the opportunity to get a closer look at the wild monkey we spotted briefly.

The Nikko winding road is made up of 48 hairpin turns – which are conveniently numbered so you know just how close you’re getting to the end (or how much further you still have to go).

The road reached the Akechidaira Plateau at the top which offered a view over the valleys and another chance for the boys to be told they weren’t allowed to buy anything at the Gift Shop. 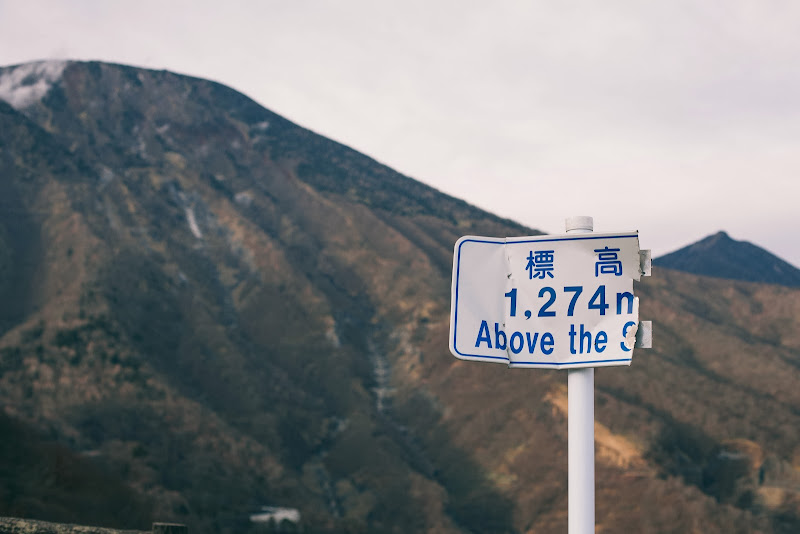 We also declined the opportunity to ride the gondola after being told that it only travels a few hundred meters up the hill. Although it provided it’s own photo opportunity and made me feel a little bit like I’d been teleported to Europe. 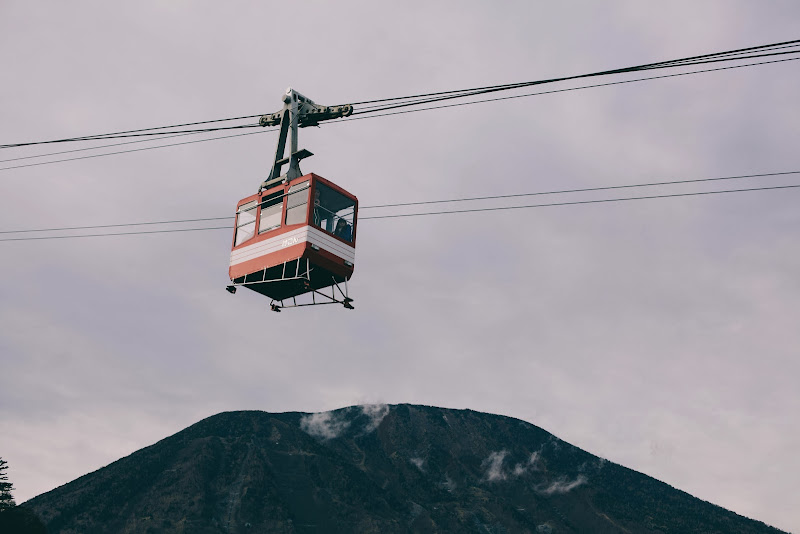 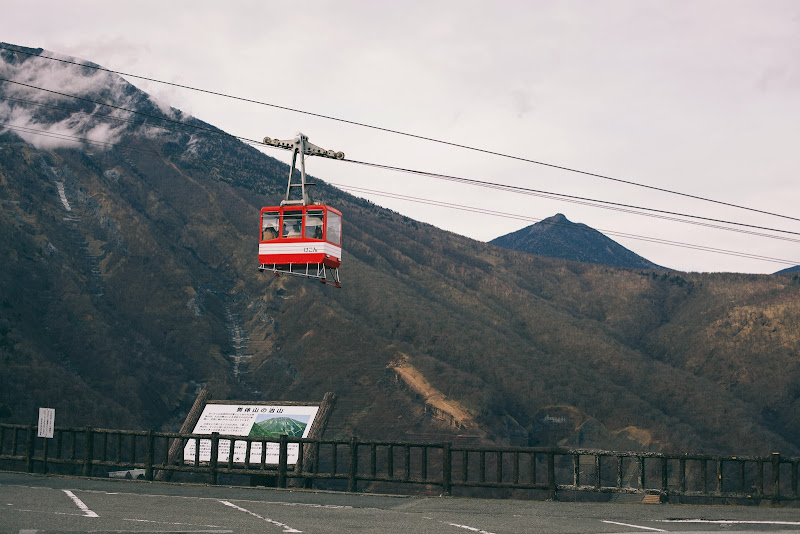 After a brief 10 minute pit stop, we traveled back down the other side of the winding road which, thankfully, had far fewer turns than the drive up, and headed to the Kegon Waterfall. It was here that I really wish we’d more time to explore. There were so many wild monkey warnings that I felt a little cheated when we left without even a brief glimpse and I would have loved to have spent some time looking around the little Japanese mountain town. 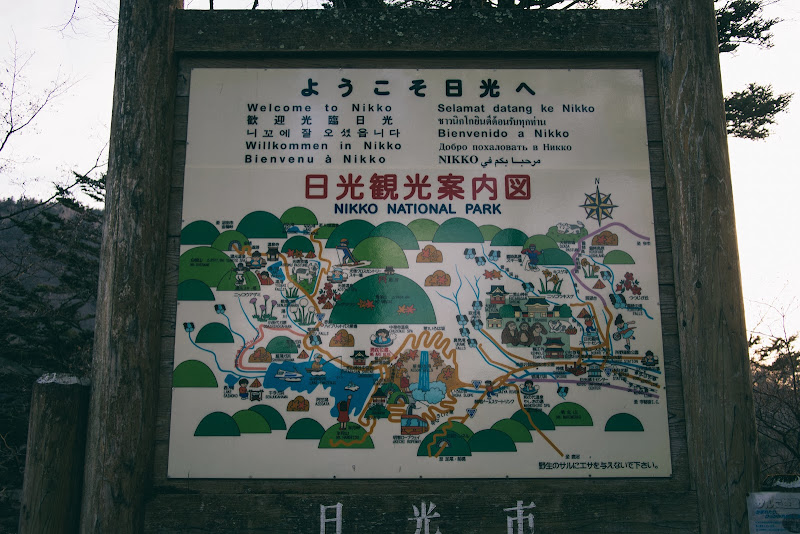 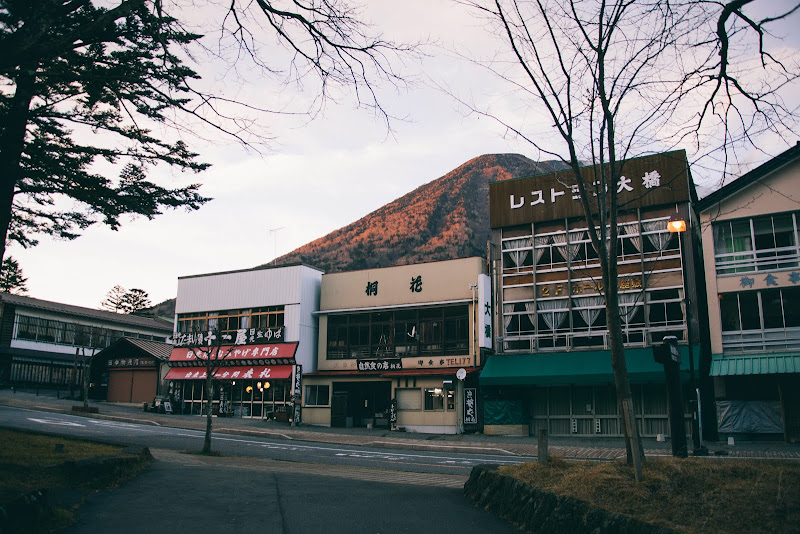 Still, despite the fact that we were a couple of weeks late for the busy season, we were able to buy some hot food and take a look around the gift shop before heading down a short stairway to see the waterfall from the free viewing area. 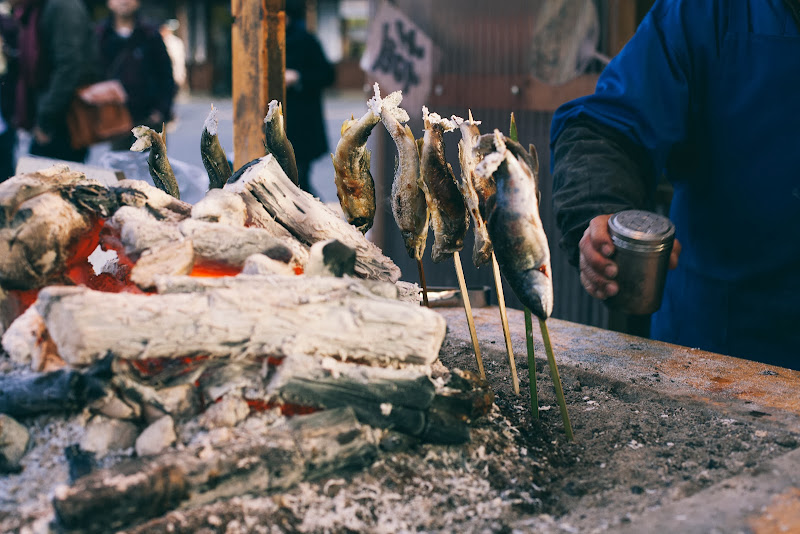 Then, Thomas and I were nominated to take the paid elevator down 100 meters through the middle of the rock to a more impressive viewing platform. It our job to take photos and report back. I think everyone was a little exhausted with the sightseeing by this point and the thought of paying for all 9 of us to see a waterfall from a slightly lower elevation was just too much. 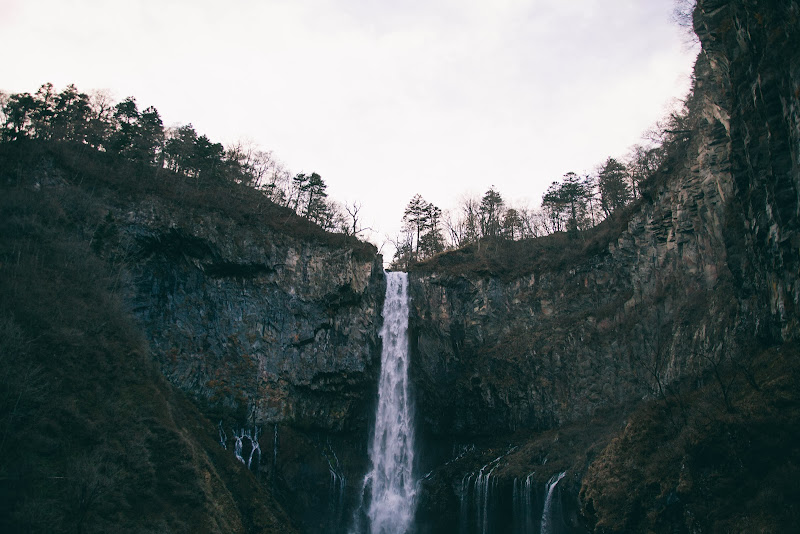 The elevator ride down was quite the adventure – 100 meters down into the middle of the rock and then a walk through a long corridor that made us feel like we were exiting the center of the earth. I’m sure the “Keep to the left” sign is critical during the busy autumn season. 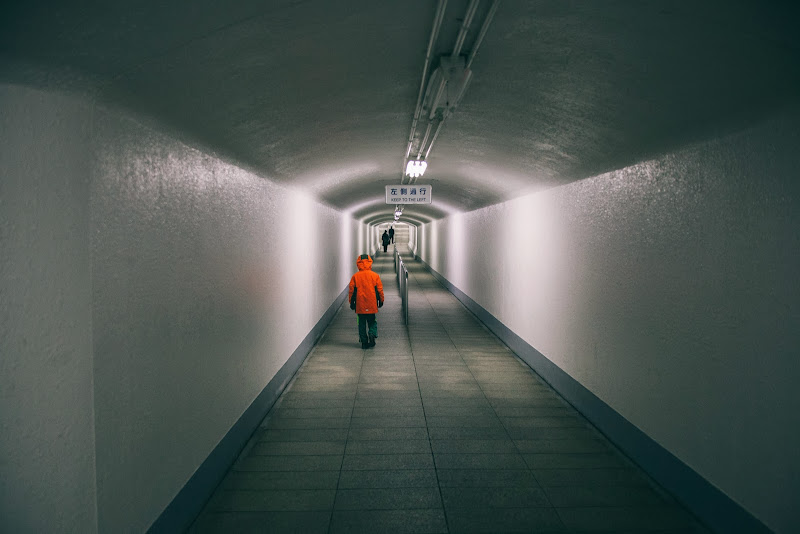 But the view was pretty and definitely worth the trip down for the two of us. And, as an added bonus, Thomas found one more tiny gift shop (with a lot of the same stuff as the shop at the top of the elevator). 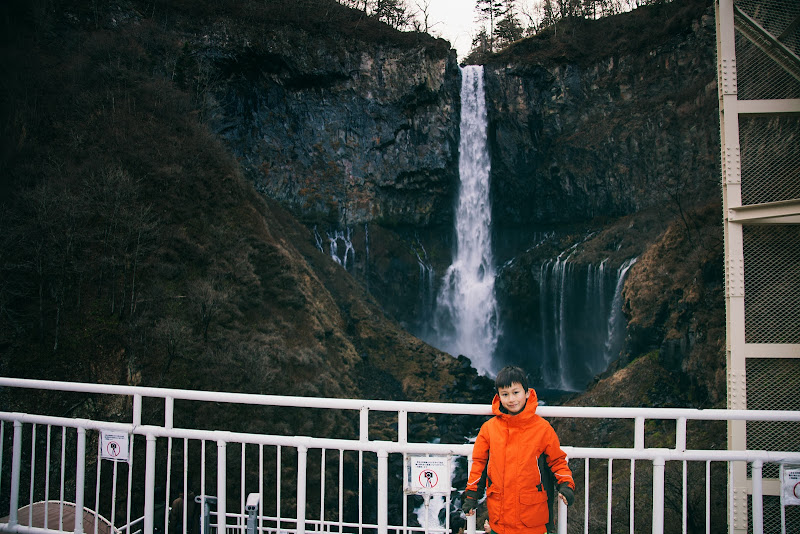 We headed back up to the top to join board the mini van just as the sun was setting over Nikko. Three hours later, we arrived back in Yokohama, exhausted but fulfilled. We squeezed a lot into two short Nikko days and I hope we have the opportunity to venture back again someday – if only to photograph a wild monkey or two.