The Nikko temple and shrines are listed as a Unesco World Heritage Site and are, in my opinion, one of the most amazing places to visit in Japan. The shrine and temple area comprises more than 100 structures, most of which are nearly 400 years old. That’s a LOT of temples to see. Thankfully, I have children who are very interested in history and architecture otherwise it would have been a very long day. I think we spent about 5 hours walking around and still didn’t get to see everything. Are you ready for photos of temples? I hope so because there’s more than a few coming your way, although photography was banned inside the temple sanctuaries. 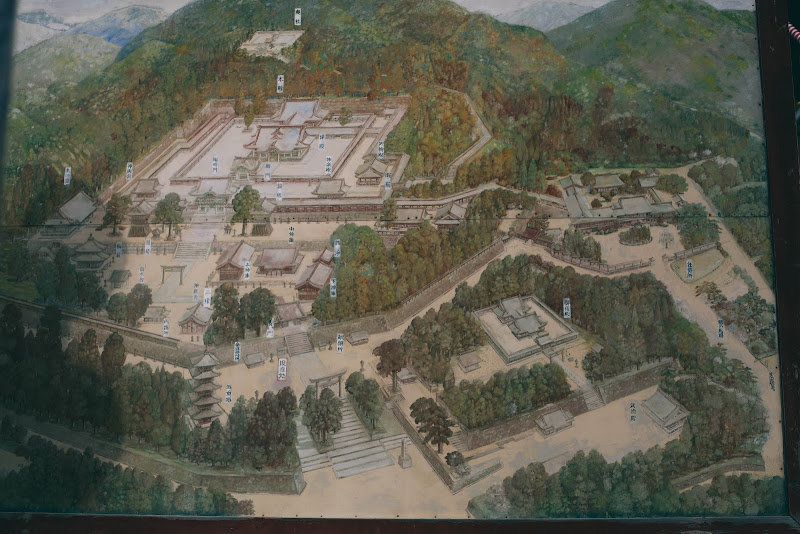 I didn’t know what to expect when we walked up to the first temple (all my research was done after the fact) and I was honestly a little concerned when we were greeted by a massive structure with a picture of a temple on the front. The main temple is under construction to protect it from Earthquake damage – “construction” in this case means pulling the entire building apart and then rebuilding it piece by piece. And “picture of a temple” means full scale photograph. 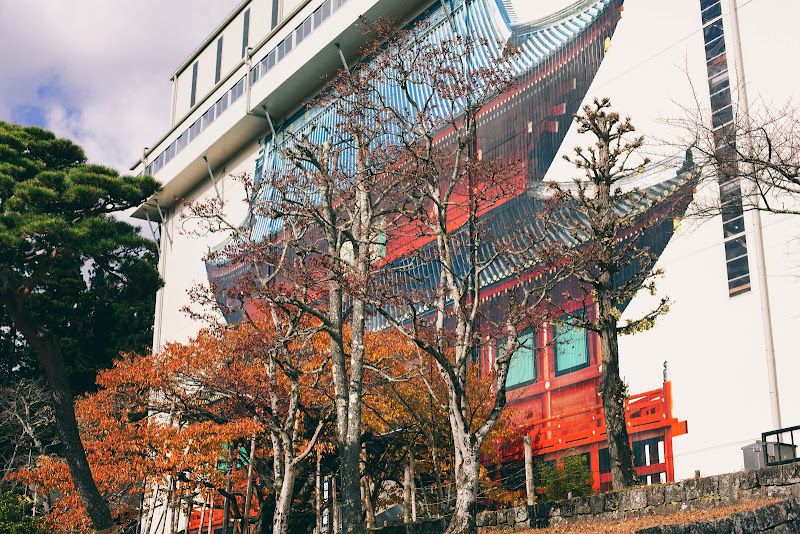 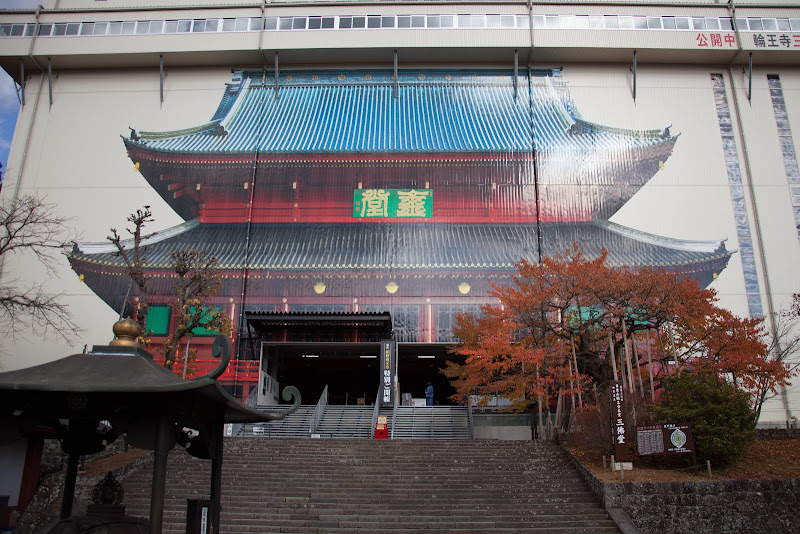 We were taken on a tour inside to see the displaced treasures of the temple, including gold Buddha statues, and then allowed to look at the construction taking place. The entire shrine will be rebuilt using the same methods they used to build the original structure nearly 400 years ago, by slotting together the perfectly cut pieces of timber like a giant jigsaw puzzle and without the use of nails.

Here’s Thomas being Gozilla with the scale replica – of course. 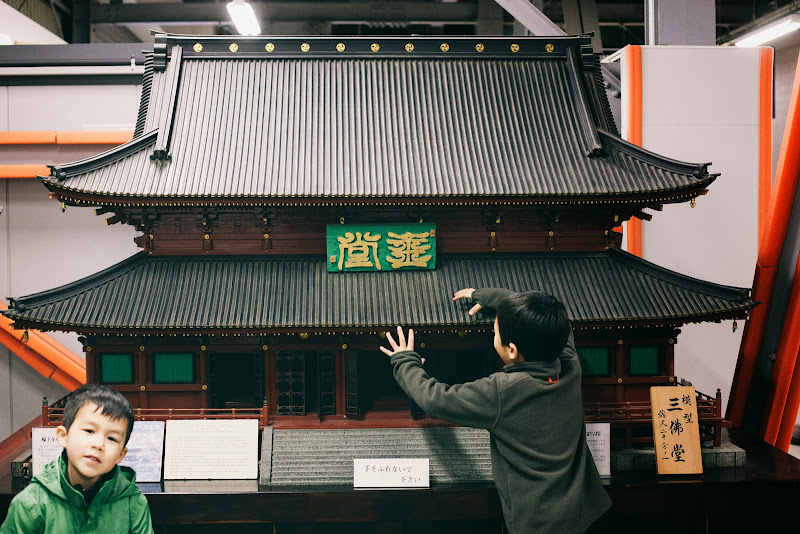 Playing with some of the construction materials. 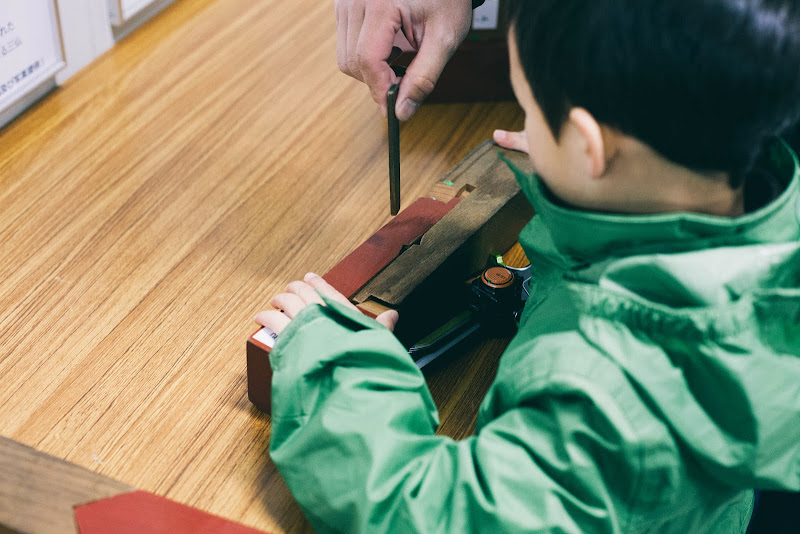 Here’s what lies behind the curtain, so to speak. 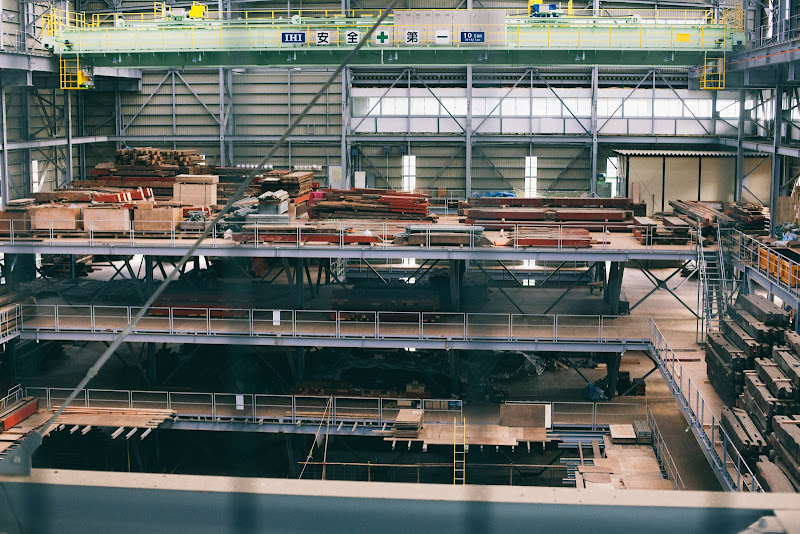 Now that is one GIANT jigsaw puzzle. 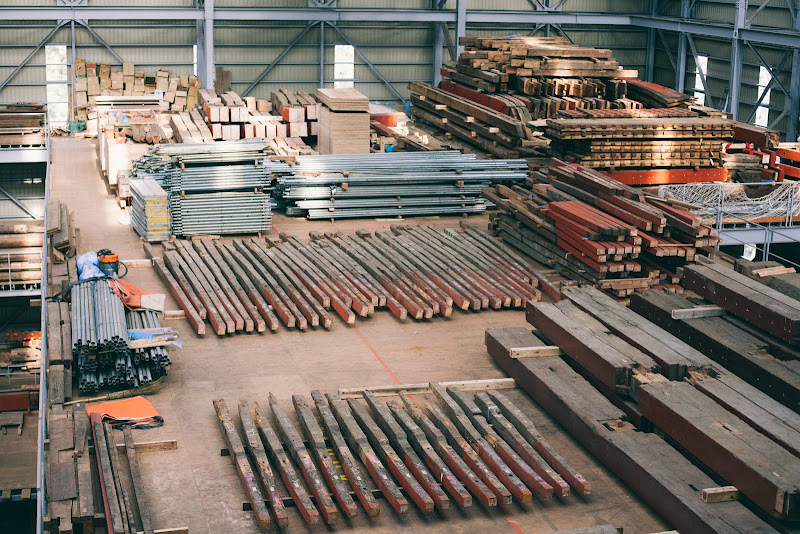 After our tour of the main temple under construction, we headed out to see the rest of the shrines and Kei cracked himself up with a perfectly-timed photobomb. 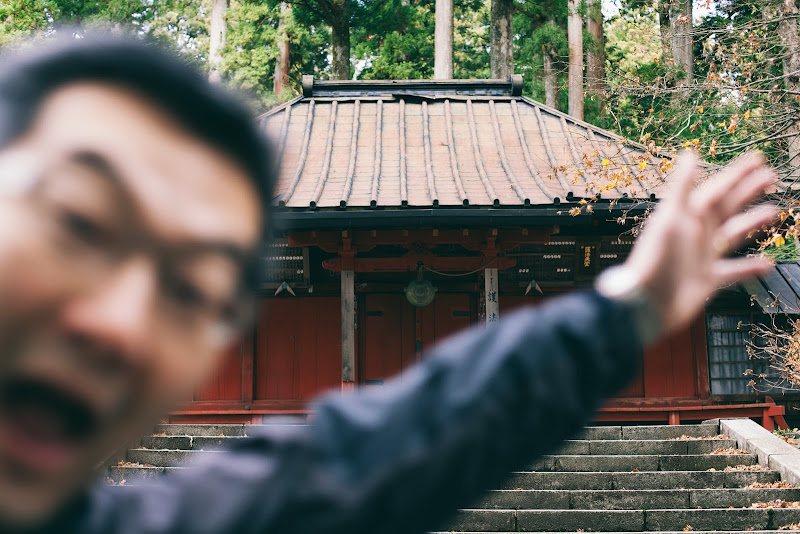 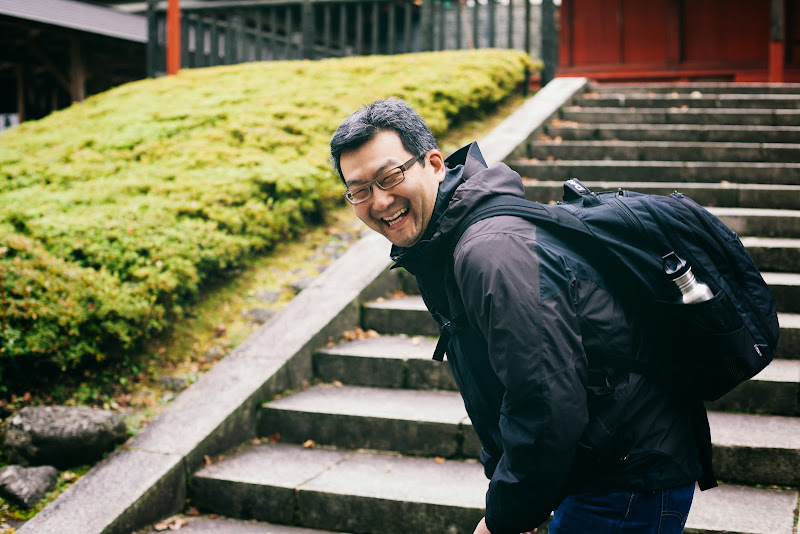 When the Ishidas visit temples we stop and give respect at every shrine. It makes for a very slow journey but lots of great photo opportunities. Besides, it’s nice to slow down and really take in the beauty of the location and the relative silence. We arrived just after the Autumn tourist crush so silence was surprisingly easy to come by. While I missed seeing the changing leaves, I think the experience as a whole was probably a lot more enjoyable. 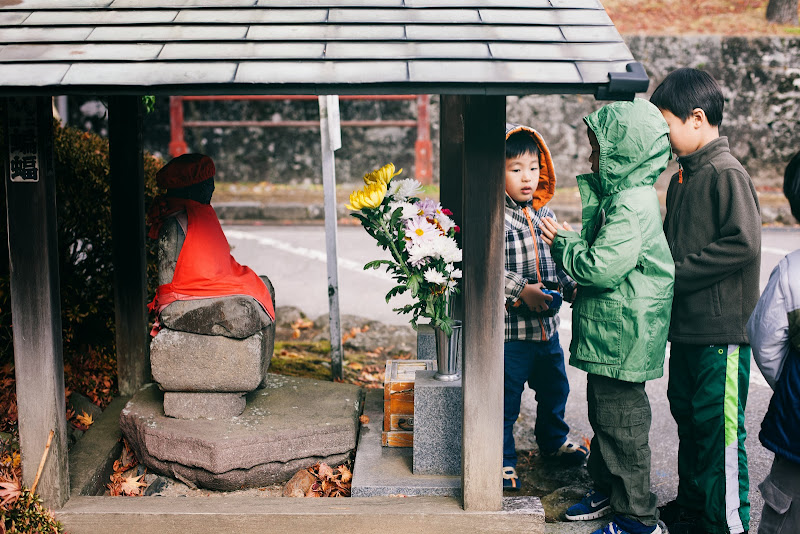 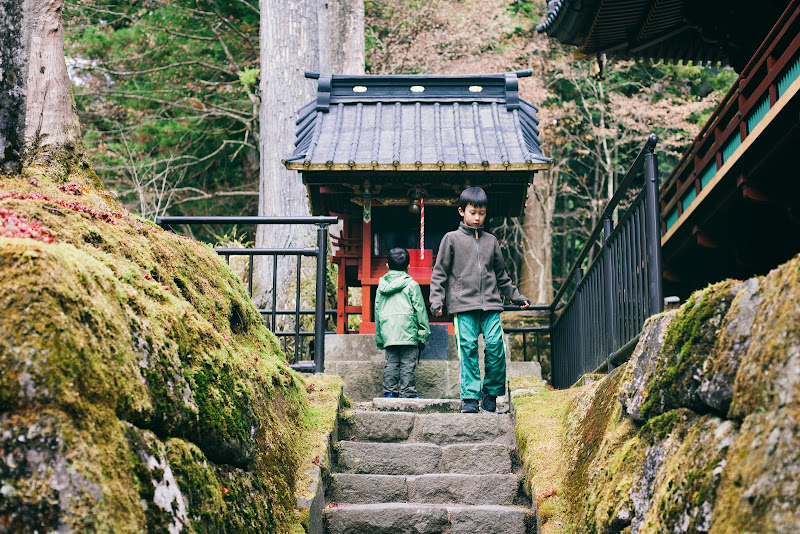 We walked around for the rest of the day visiting one temple and shrine after another – everything from elaborate dedications to famous Japanese warriors to tiny shrines that you could miss if you walked too quickly. We walked about 1,000 stairs and I took about the same number of photographs. I’ll share some here and then the rest tomorrow because there are just too many for one post.

I have no idea what this says – but it looks pretty. 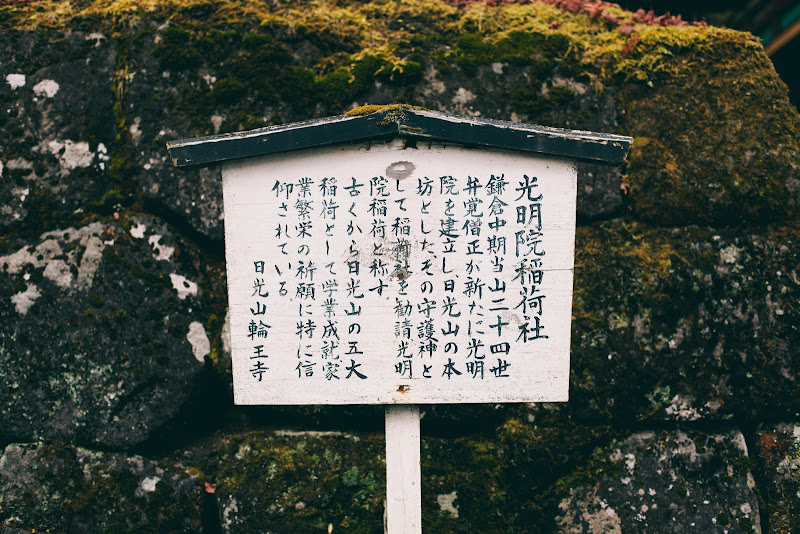 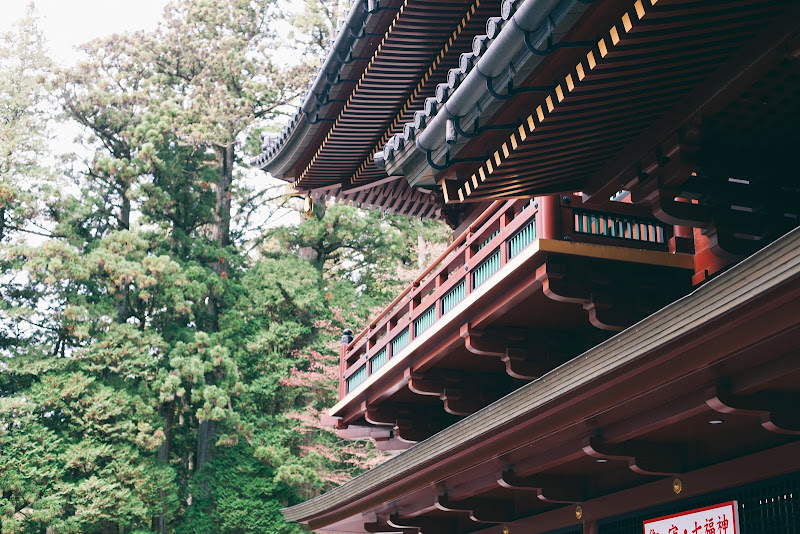 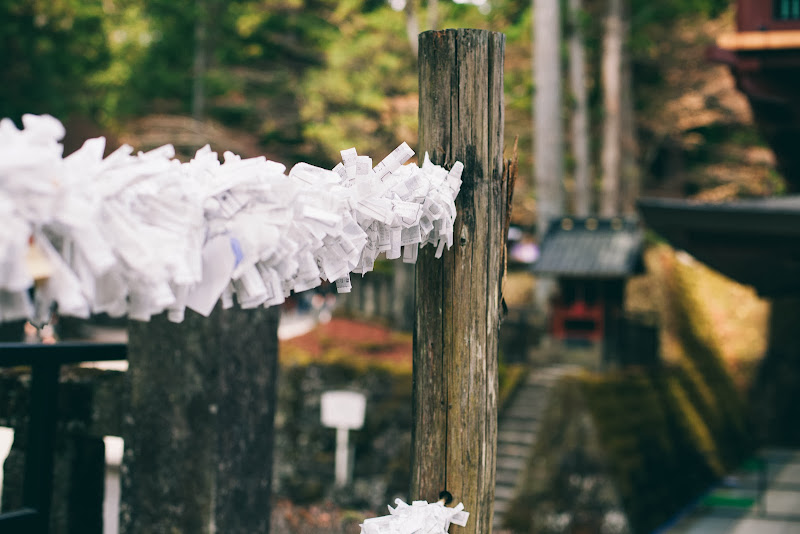 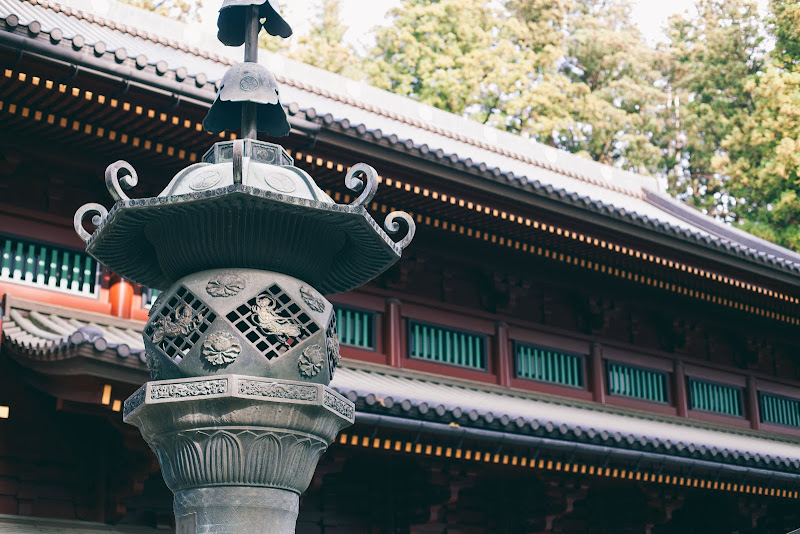 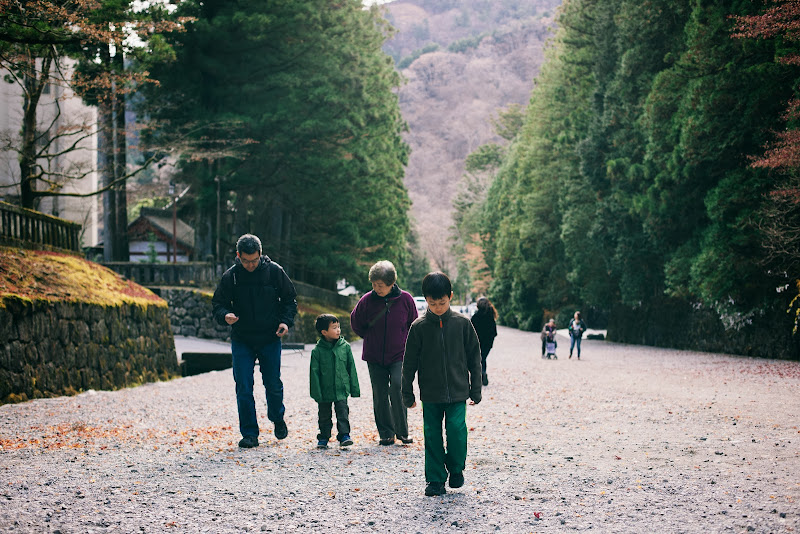 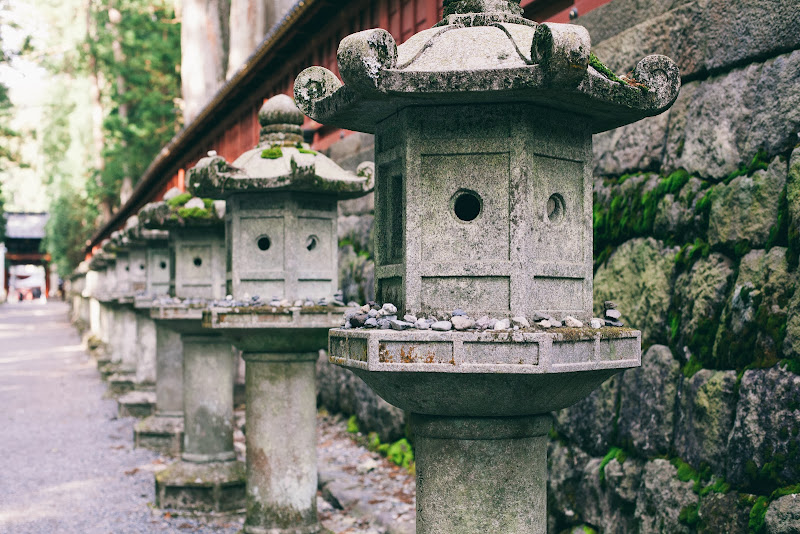 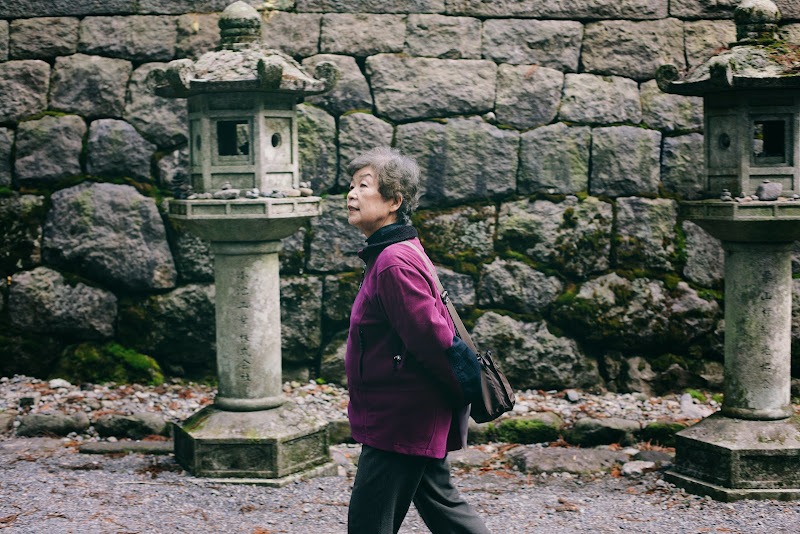 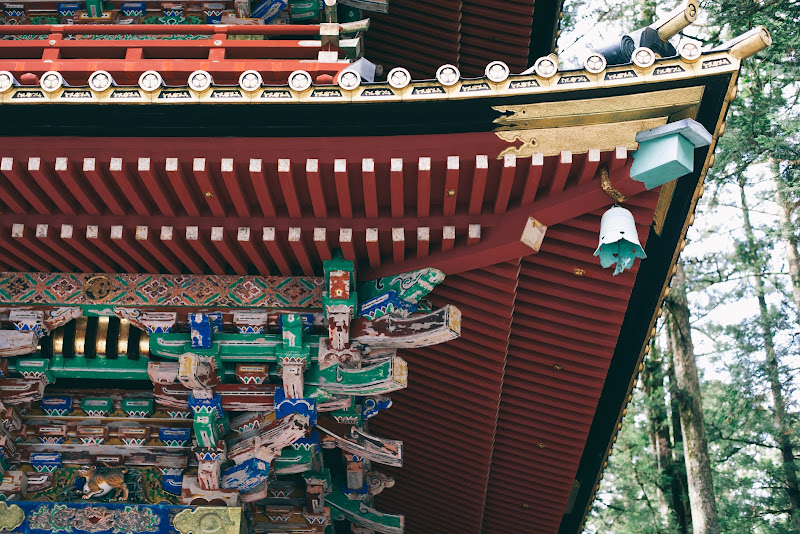 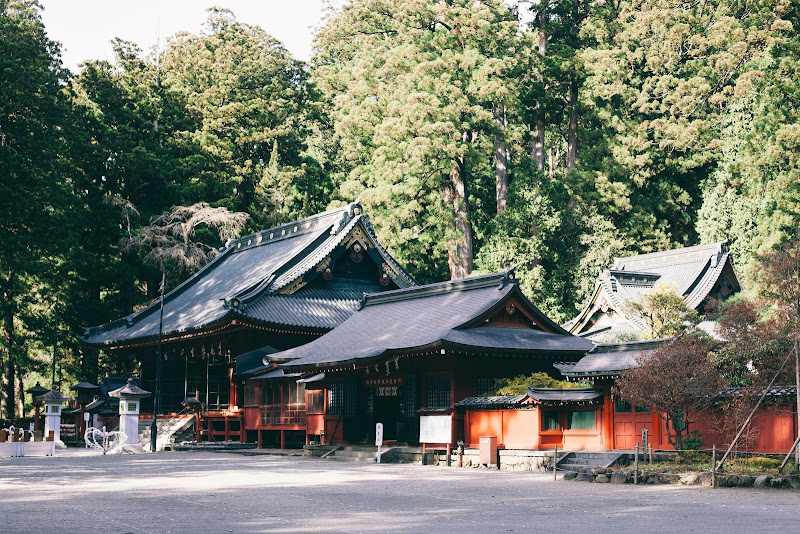 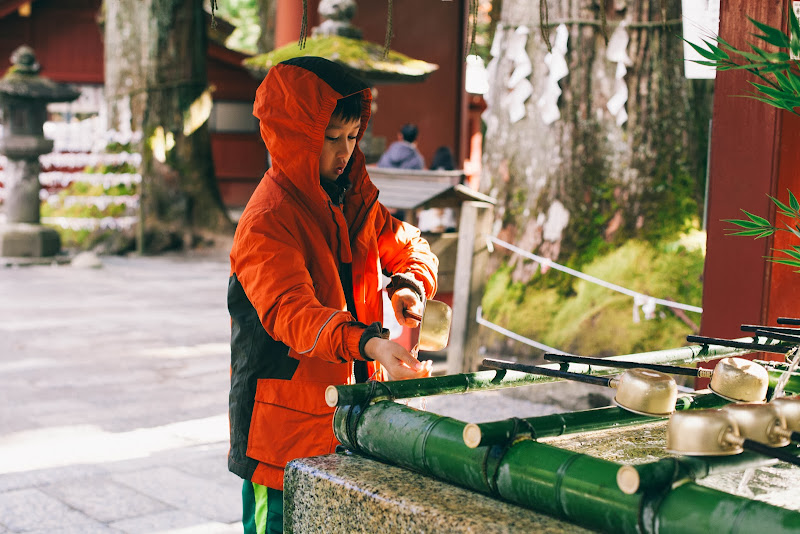 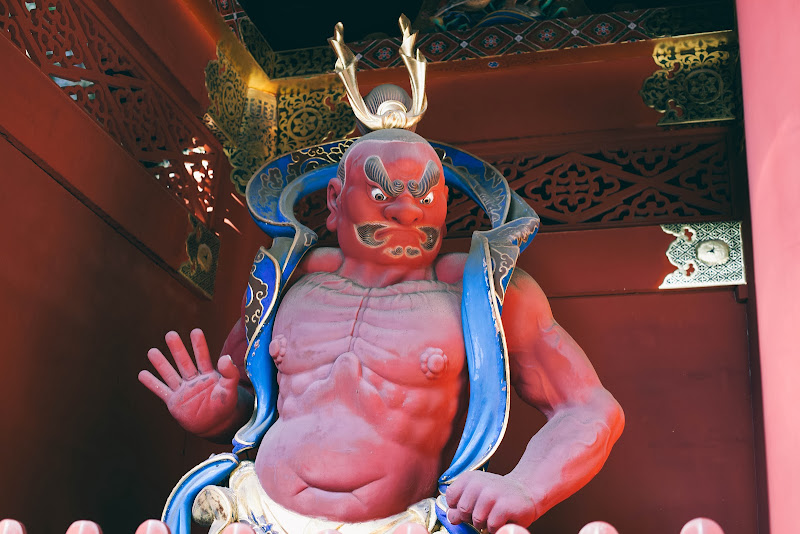 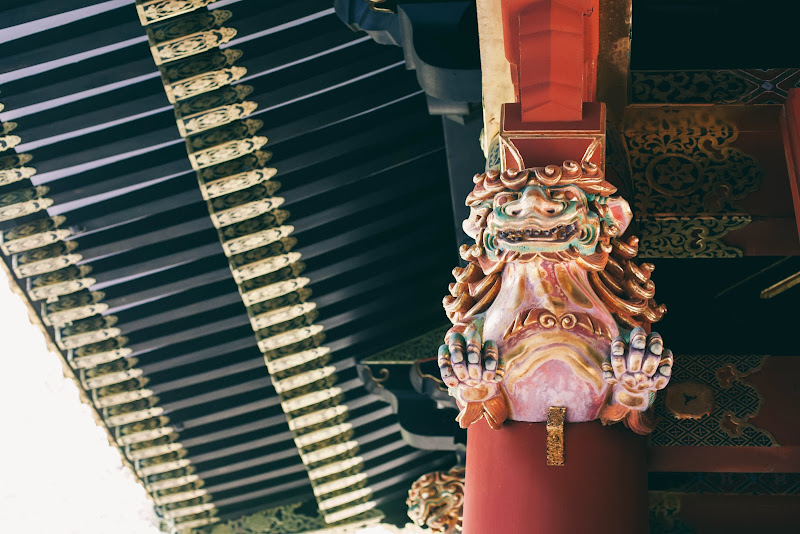 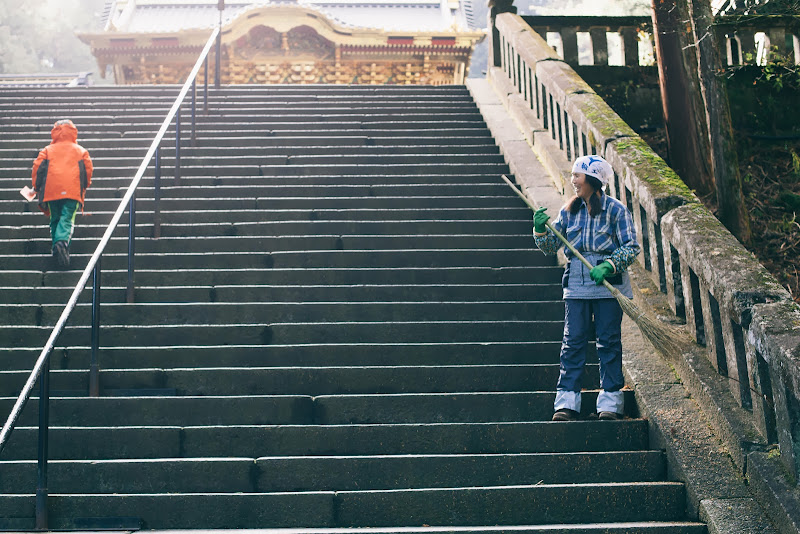 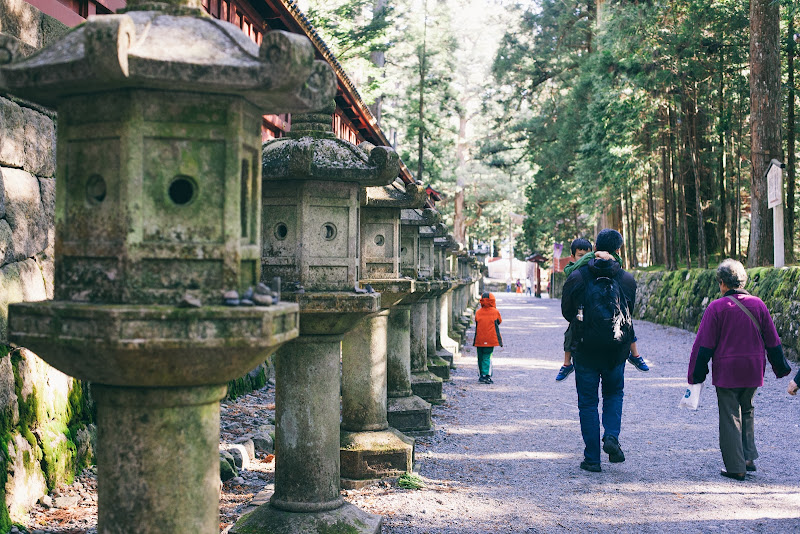