I like to get an early start on the lead up to Christmas – which means that I start the day after Thanksgiving. Oh, there’s a little preparation in early November, due mostly to my crazy decision a few years ago to make most of my own Christmas presents (and by “make” I mean send them off to be printed), but the majority of my Christmas Cheer begins  as we finish the Thanksgiving leftovers.

And what better way to kick off the season than with a quick trip to the North Pole on the Polar Express. This time Kei was able to join us (he was sick last year) so it was a true family adventure – one that came complete with an almost-running-out-of-gas-induced-ulcer on our way through The Gorge. (Thank you tiny little general store that charged us 50c per gallon above prices at gas stations 10 miles away).

This year’s trip was a little different in that we took the “matinee” train at 11:30am. Our other trips took place after dark which is about 4pm in the NW at this time of the year. An 11:30 train ride had a couple of benefits – better lighting for photos and the ability to actually see outside the train window. The downside is that a little of the magic disappears when you can clearly see how fake the “North Pole” really is. 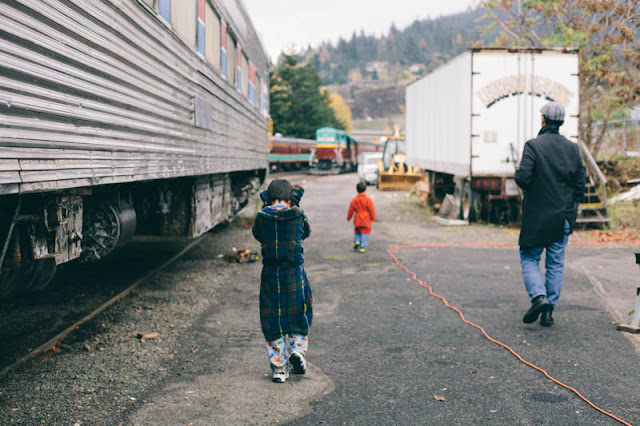 …and grab a quick family photo using the self timer on my camera. 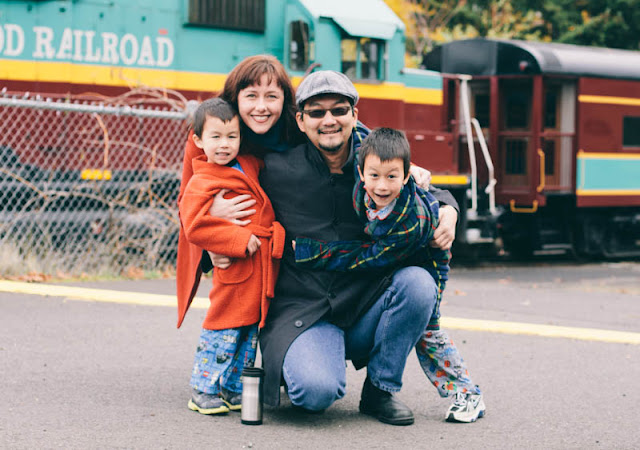 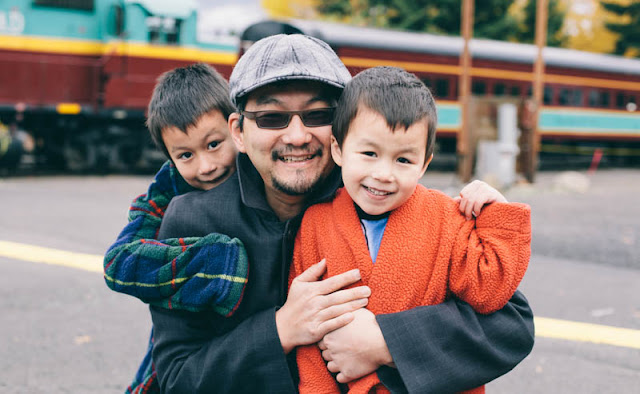 And then more photos on (unused) train tracks… 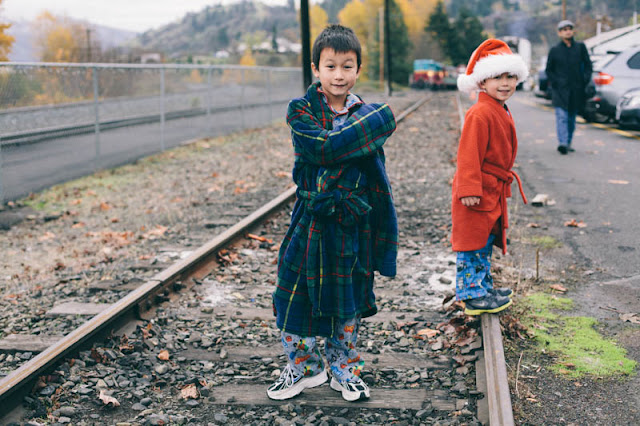 Confession: I saw Samuel looking up at the Polar Express poster in the same way that the kid in the poster is looking up at the train, but I wasn’t quick enough to catch it so I made him do it again for the photo opp. 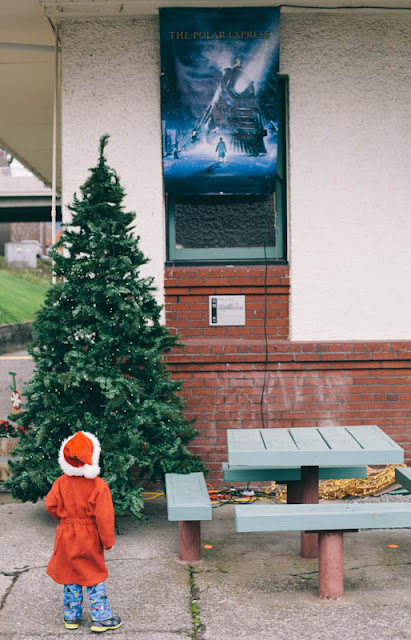 With tickets in hand, it was finally time to board. 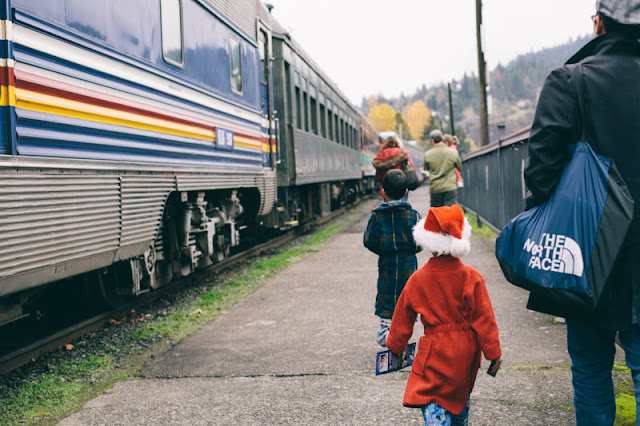 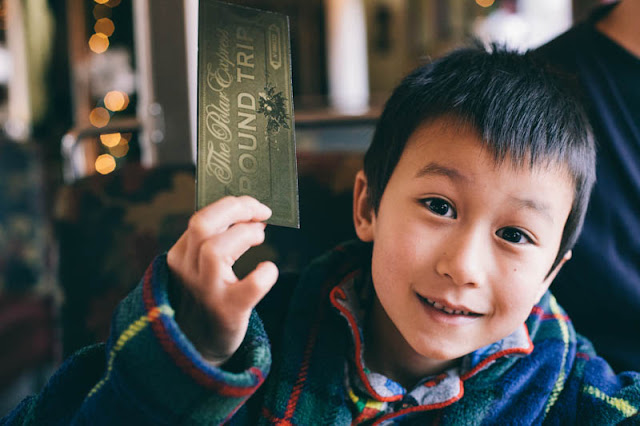 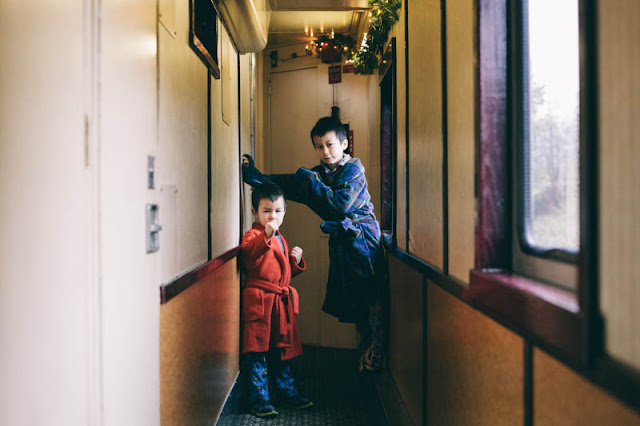 Finally, after a 45 minute ride, we reached the North Pole – Santa’s factory at the North Pole to be exact. Santa looks like he’s lost a few pounds since last year. 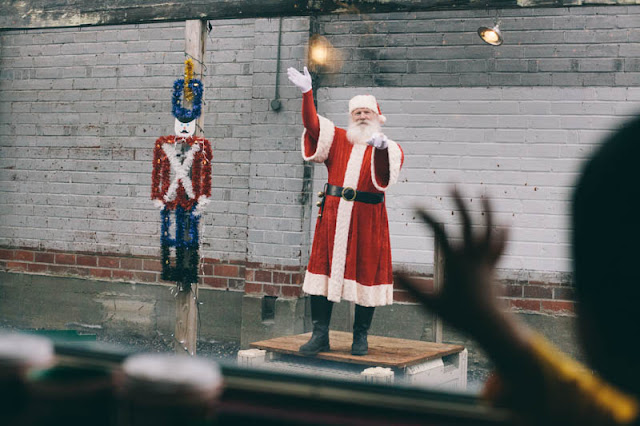 Soon enough, Santa jumped on board and the kids proceeded to tell him about the very special presents that they want for Christmas. Honestly, he’s going to have to be a little creative because those very special presents went out of stock EVERYWHERE last week and, so far, his elf is resisting the desire to pay a 40% mark up on eBay. Santa may be writing a letter of apology. 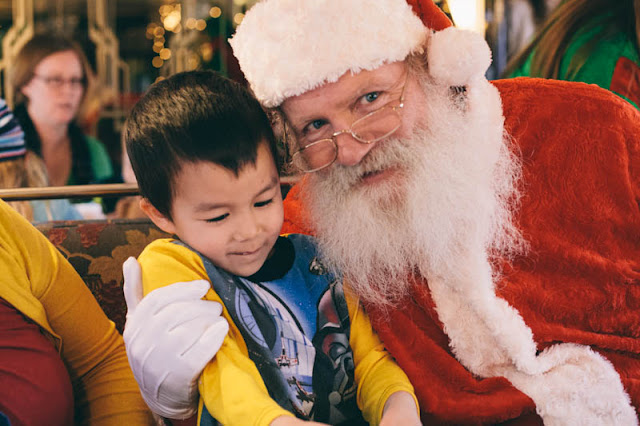 For now, they’re satisfied with the bell they received on the train. It was still daylight when we got off the train so we walked around town, making sure we visited our favorite Toy Store before heading home. One 90 minute white-knuckle drive in torrential downpour later, and we were safely back in Portland and officially in the holiday spirit. 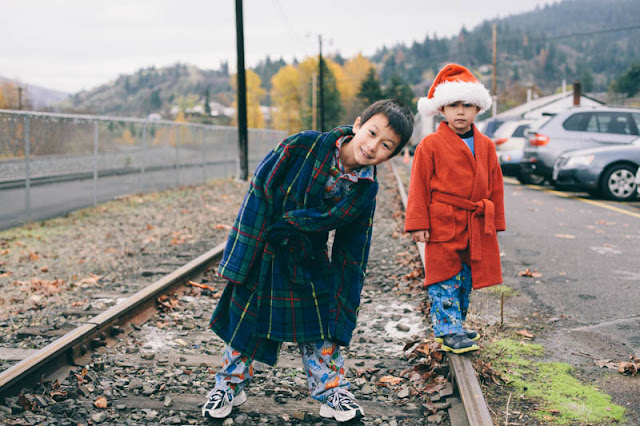 This entry was posted in Family, Holidays, Photography, Samuel, Thomas. Bookmark the permalink.