Today is election day in America – a day that we’ve been discussing (or talked to) for about two years now. And since I am not yet a US citizen, I can’t even vote. So my eyes, ears and brain have been bombarded with political campaigning for no reason at all. Instead I’m relying on my husband and friends to vote on my behalf. So, if you haven’t voted, go out and do it today.

Now, back to our regularly scheduled programming – which, admittedly, hasn’t been so regular lately.

Halloween was on a Wednesday this year, which makes it the most inconvenient day of the week to have your kids hopped up on sugar. Still, we made the most of it, first with a parade through the school. In past years the weather has worked in our favor so the parade took place around the school grounds. This year, however, the skies opened and 400 kids squeezed through the school corridors while parents stood against the walls with cameras in hand ready to catch a glimpse of their child for that all-important Halloween costume photo op.

Popular costumes this year included every type of Superhero imaginable and also Harry Potter (my own included). 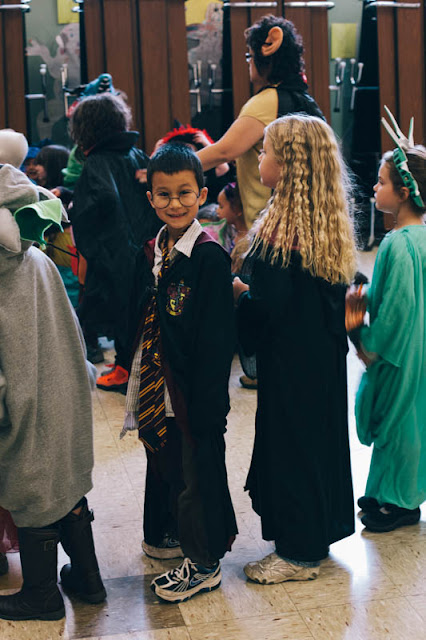 And, yes, that’s a Hermione standing next to him. It’s like we planned it.

Kei and I just finished reading the first Harry Potter book to the boys (well, to Thomas. Samuel would sit in the corner and flip through his own reading material). We finished the book at 3:30pm on Saturday and started watching the movie at approximately 3:35, managing to only skip one part because it was too scary. 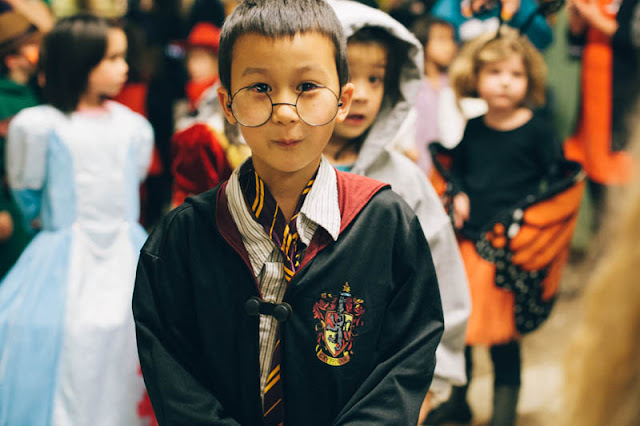 Samuel dressed as a Jedi in a robe that he received for Christmas last year paired with Thomas’ Karate gear. Unfortunately lights sabers were not allowed at school, but I think he still looked convincing. 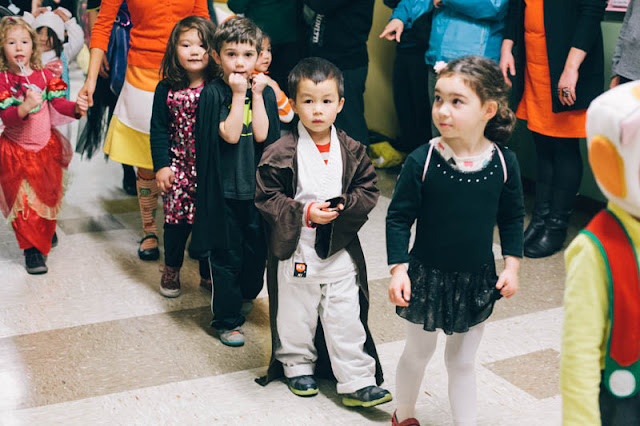 Can you feel the chaos? 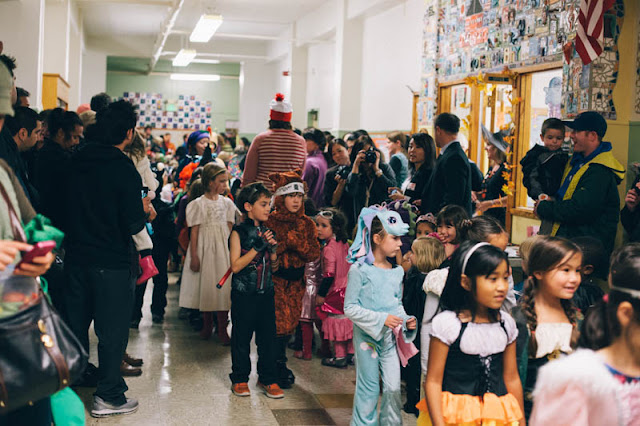 After the parade, I made my way back and forth between the two classrooms to participate in the festivities. The two classrooms are at opposite ends of the school and on different floors, so I also managed to sneak in a little cardio. 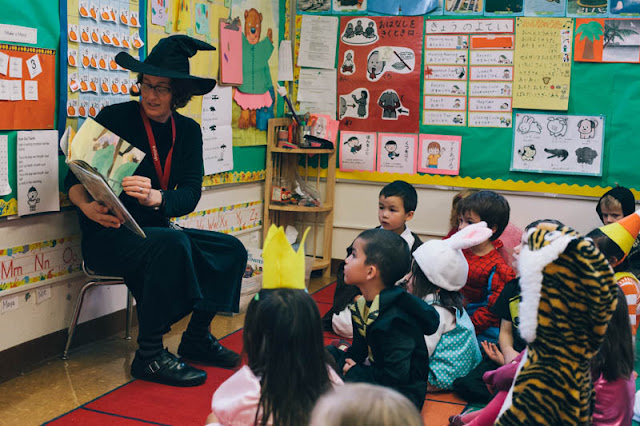 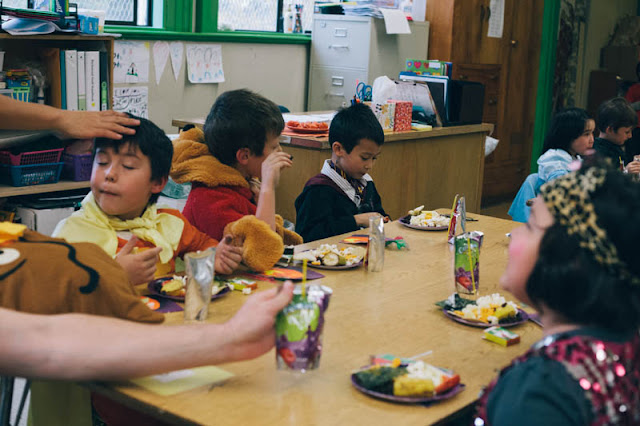 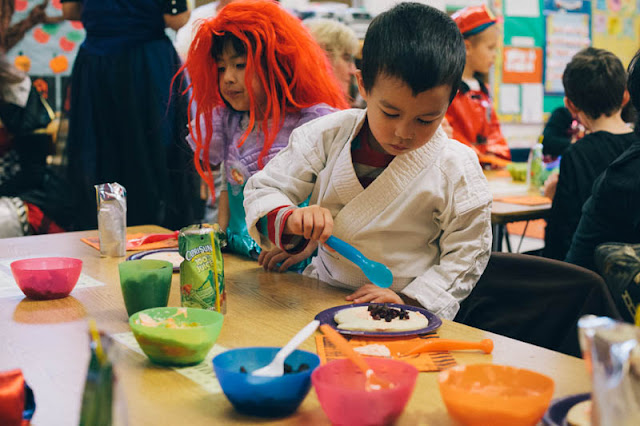 Later that same day, it was time for a costume refresh and a little Trick or Treating. You’ll notice that Harry managed to develop a scar on his forehead for authenticity and that the Jedi is now fully loaded (and very serious). 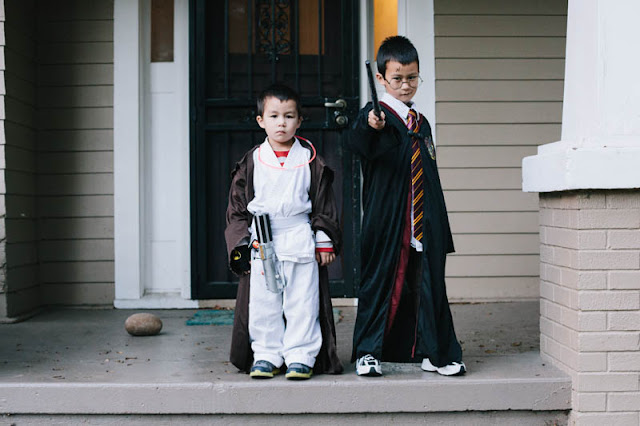 Kei impressively pulled together a Ninja costume in about 10 minutes by strategically tearing up an old black T-Shirt. Thomas declared him the craftiest Ninja ever. 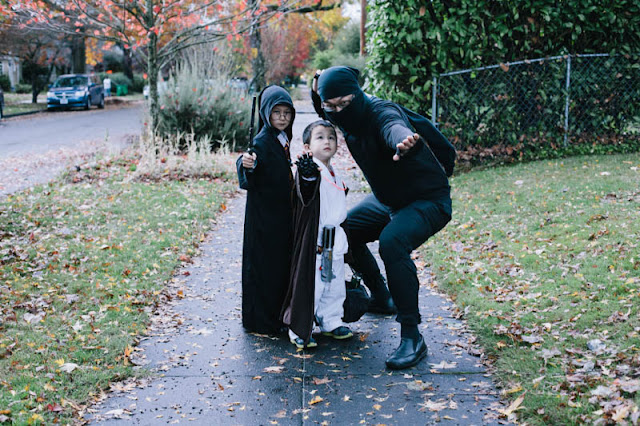 Despite the fact that I had vowed to not wear a costume this year, I found myself pulling out the striped tights. I couldn’t help myself. (our neighbor took this picture) 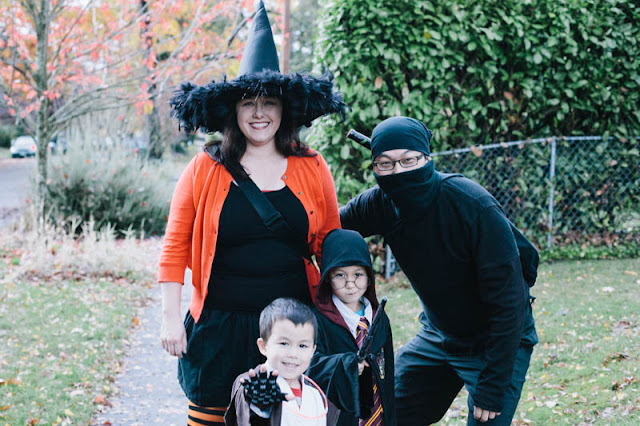 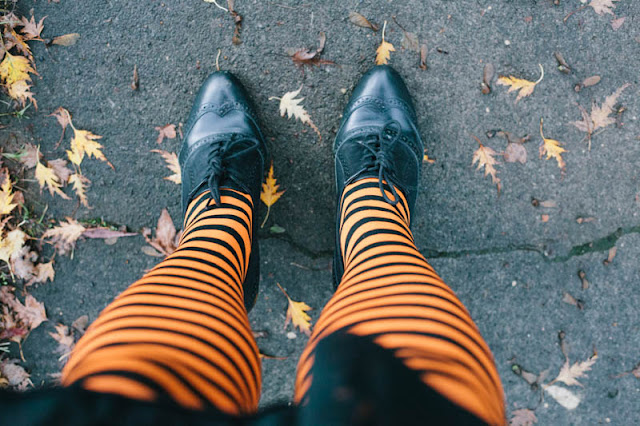 We stopped by our neighbor’s house for our annual fill-the-kids-up-on-pizza-before-candy potluck and then, because my witch shoes don’t allow for long walks around the neighborhood, I headed home to hand out candy.

This group of trick or treaters were told they couldn’t have candy until they let me take a photo. Don’t worry, I know their parents. 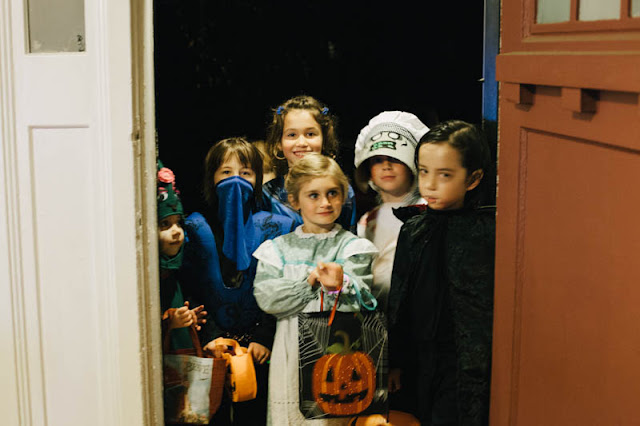 I love Amelia’s effort to get into the picture here. 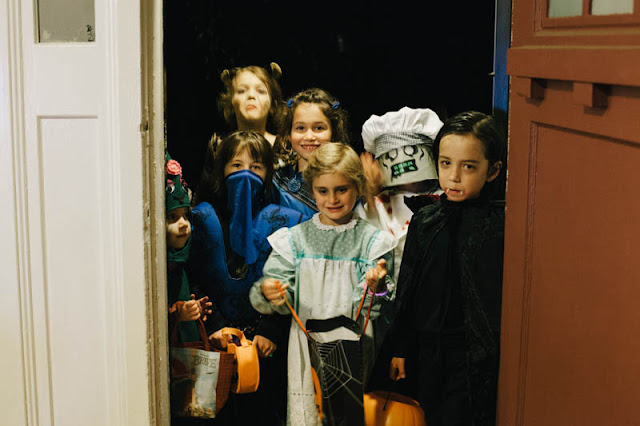 By the end of the night, Harry was starting to look a little disheveled and both kids were exhausted – both signs of another successful Halloween. 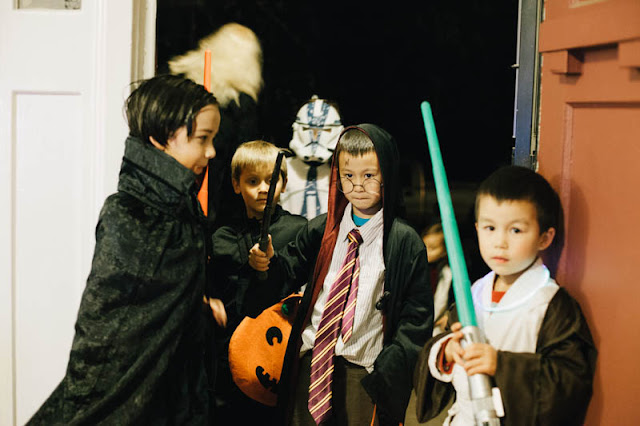 This entry was posted in Holidays, Photography, Portland, Samuel, Thomas. Bookmark the permalink.