I had big plans for my birthday. I took a couple of days off work to enjoy some relaxation, photography and a little alone time. I mean, it worked last year so why not?

Torrential Portland rain, that’s why not.

So, instead, I worked around the rain and made the best of it. I still managed to do a few things on my checklist (Powells, a brief photo walk, karaoke) and also received a few unexpected surprises (cake!).

Here is my (very long) birthday weekend in photos – part 1.

9am. Amazing Mexican Mocha Coffee with a ham and cheese croissant. Also managed to read an entire Willamette Week article from beginning to end. 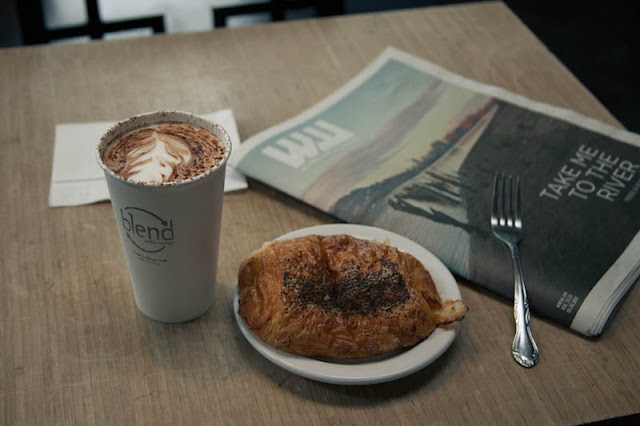 11:00am. Head downtown to return some items at Banana Republic. Contemplate parking at Pioneer Place and consider walking around but decide against when a hurricane begins to blow in (only a slight exaggeration). 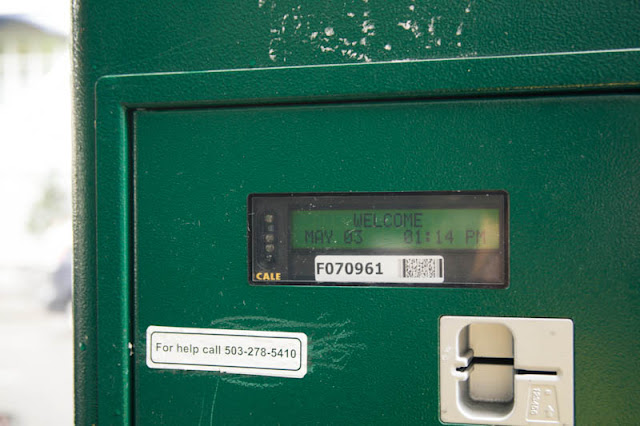 12:00pm. Settle for lunch at Violetta which was decadent and delicious. Grateful for my Kindle which enabled me to read and eat at the same time without the pages turning with each gust of wind. 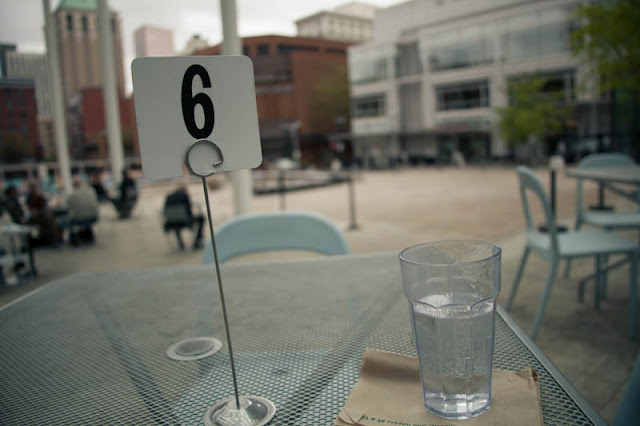 Took a few stealth photos of the city while I protected my camera from the elements. 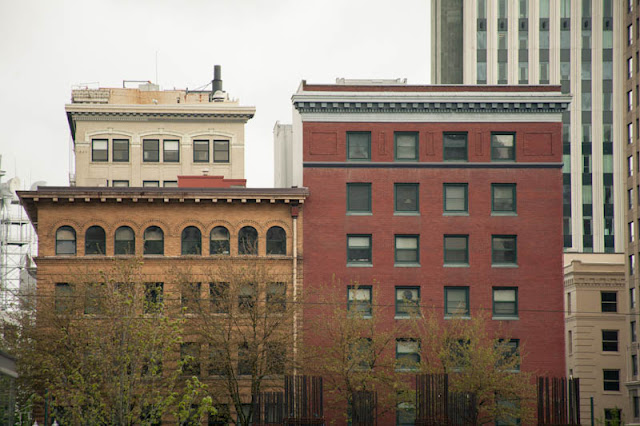 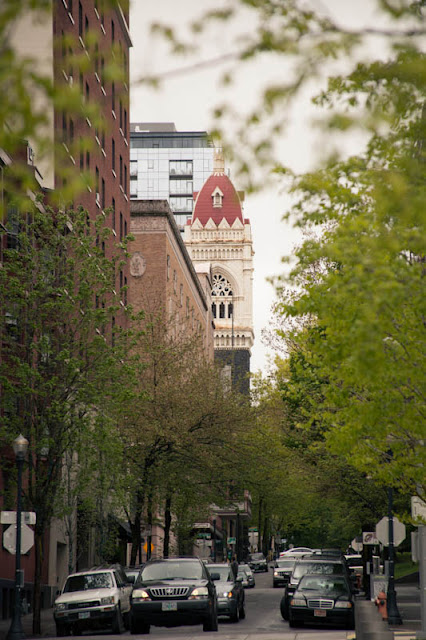 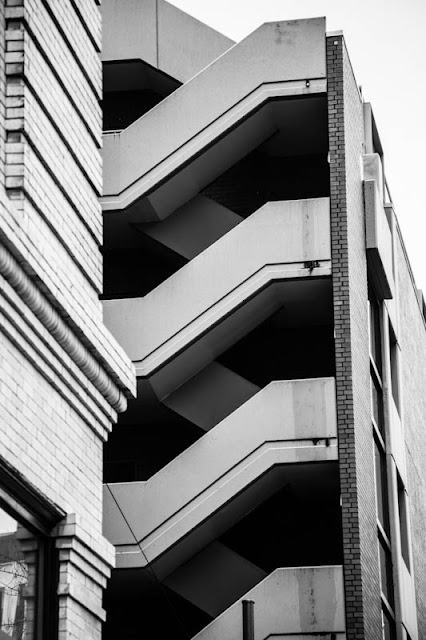 1:15pm. Drove to the Pearl District with one goal – to browse the Photo book section of Powells. Managed to leave having spent only $13 total for two second hand pocket-sized books. Must be a record of some sort. 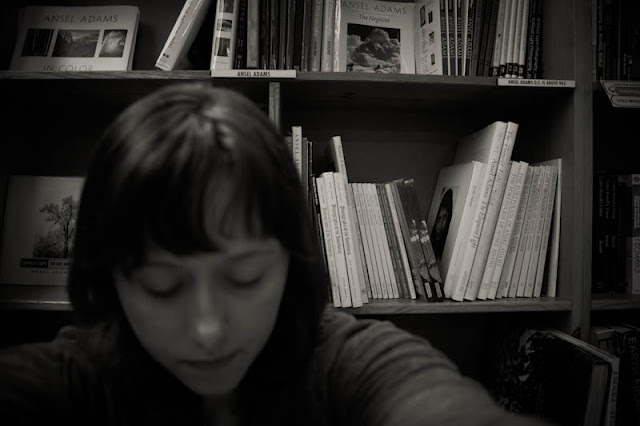 2:00pm. Rain stopped for a short while, allowing me to walk around a little. It wasn’t part of the plan, but I decided to step inside Cargo Imports for the very first time. (Look at me being all spontaneous). 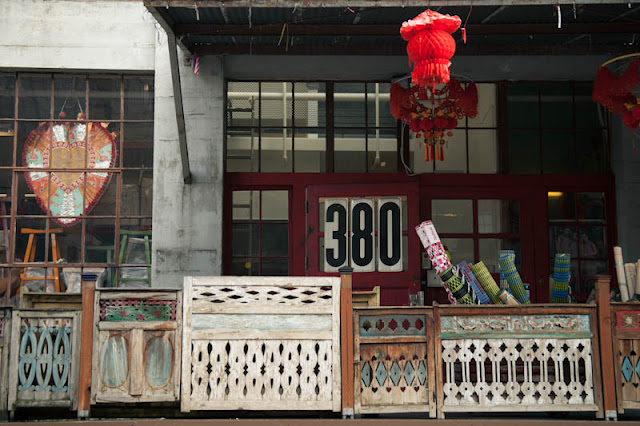 A friend mentioned to me a long time ago and, OMG, why didn’t I check it out sooner? Oh, right, probably because it would be a lot less fun saying “don’t touch that” and “stop running” and “look out” every 10 seconds while trying to take in the goodies around every corner. Seeing it on my own was the perfect thing to do and something I plan to relive when I have more than 20 minutes left on the meter. 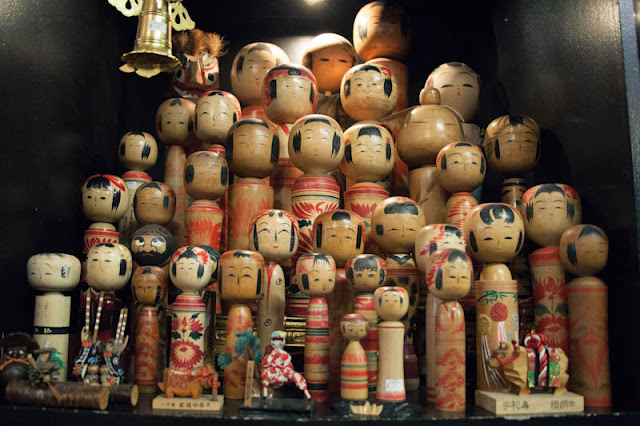 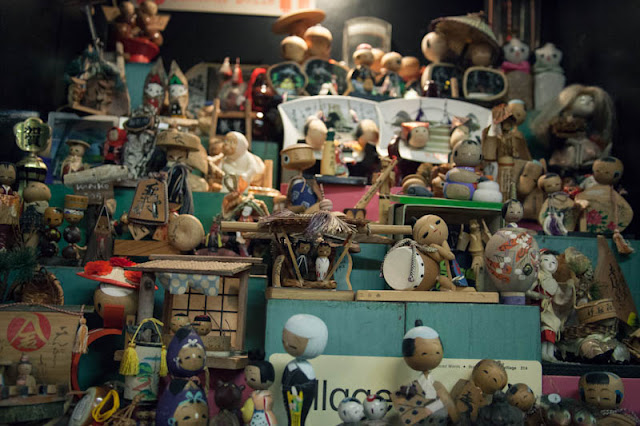 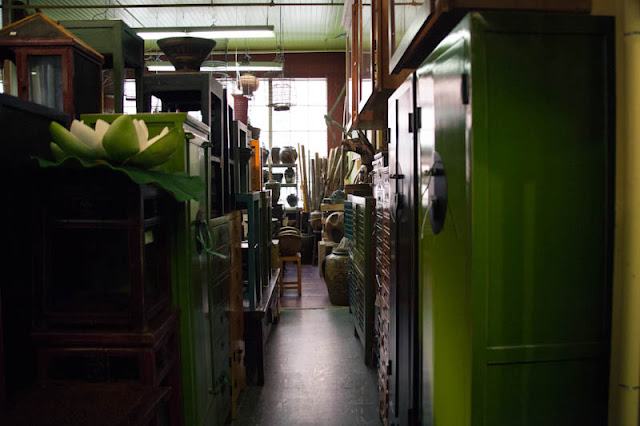 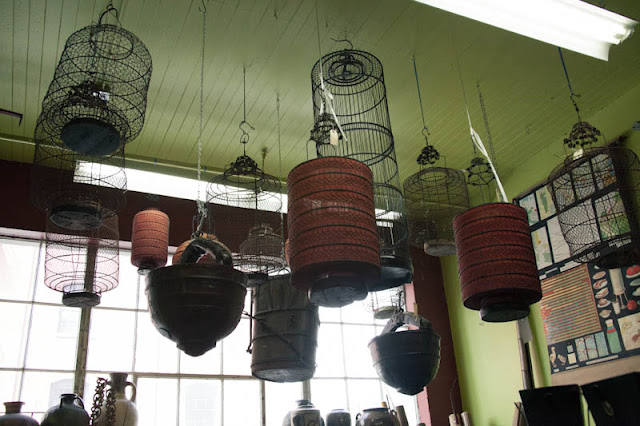 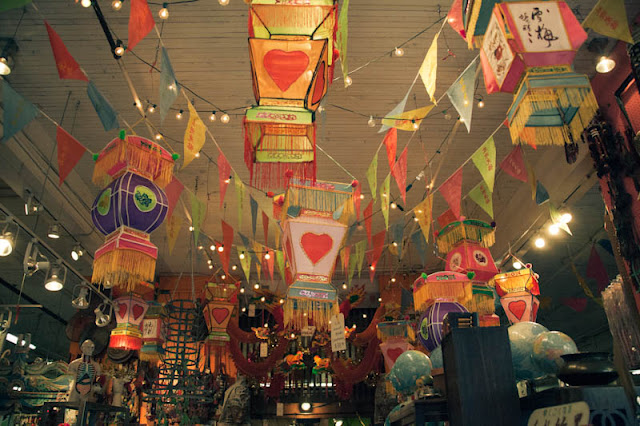 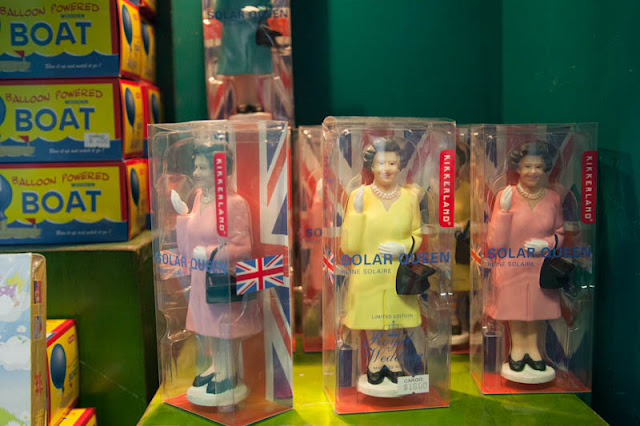 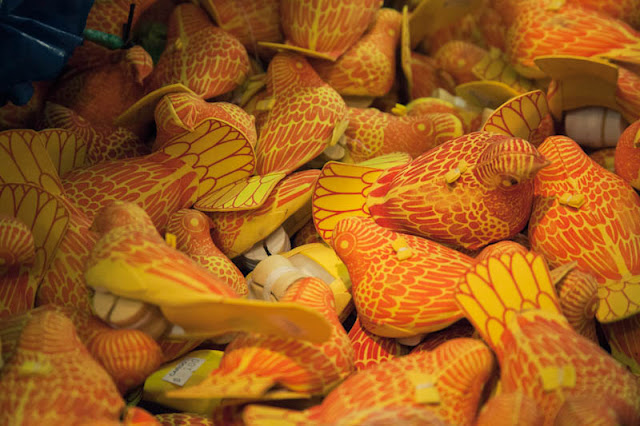 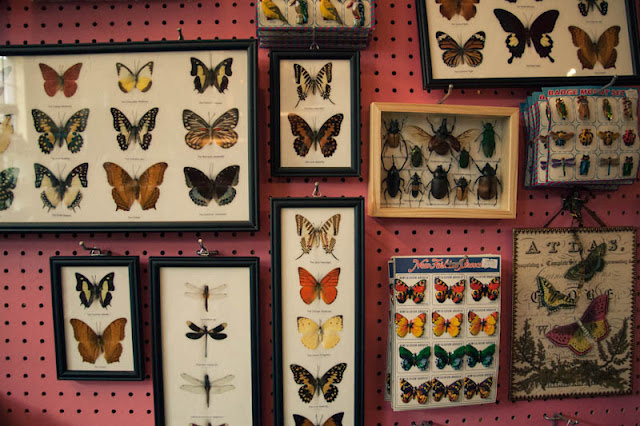 2:50pm. Made it back to the car with minutes to spare before I was forced to donate to the Portland Parking fund. Headed home for a little downtime (like my entire day hasn’t been downtime).

4:30pm. Collected one of the children from daycare and then kept an eye on him through the door while he watched the neighbor kids throw a ball around in their front yard. Birthday dinner consisted of whatever I could find in the fridge (for me) and canned pasta (for him). I was pacing myself for a big weekend. 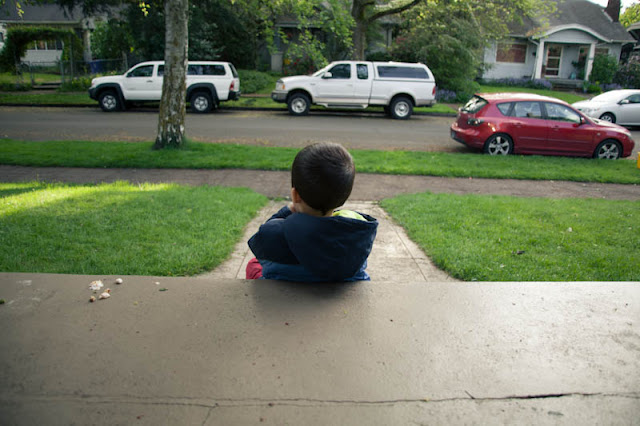 Deepest apologies to the neighbors who’s flowers also became a gift for me on the weekend. We put a stop to it as soon as we knew where they came from. 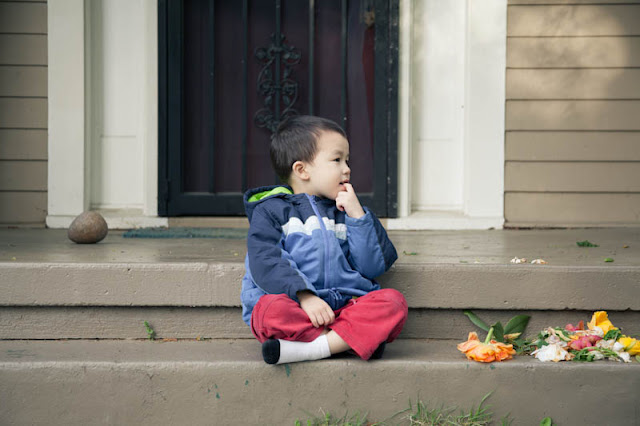 I asked Samuel to let me take his photo as a birthday present to me (I’m not afraid to play it). He gave me this. Love that kid. 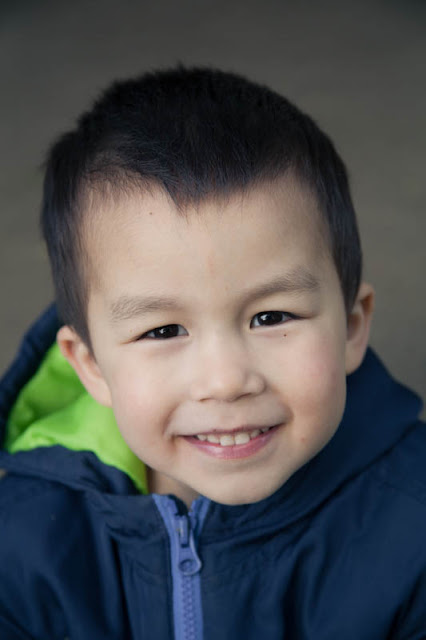 Kei and Thomas arrived home a couple of hours later – bringing cake and the promise that I could open the birthday present that the UPS man kindly delivered to my door the previous evening. 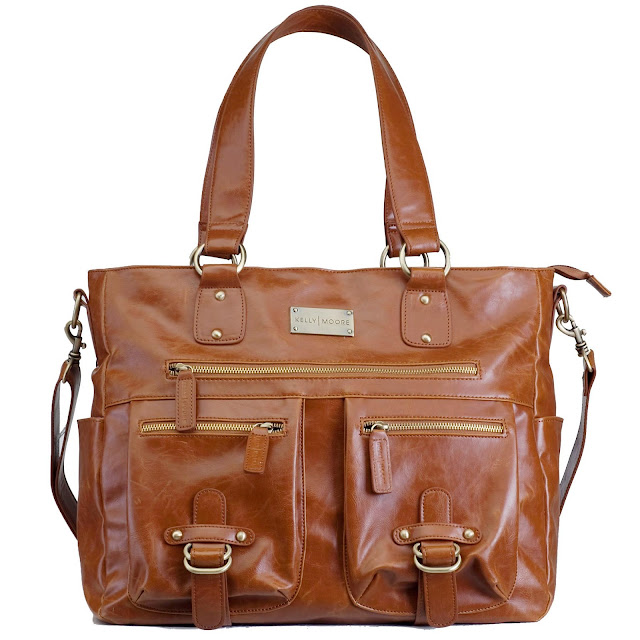 I don’t have many photos of Friday because, well, it wasn’t very exciting. It was raining again so I made the most of it with some indoor activities. Yoga in the morning followed by a couple of hours of catching up on some TV and then a lot of tidying up the house before my cleaners arrived.

4:00pm Left the house in the midst of a crazy downpour to pick up one child and then drive to meet the other.

1.5 hours later – finally arrived at the dinner destination about 10 miles away from our house. Thank you Portland traffic that can’t deal with rain even though we drive through it EVERY DAY. 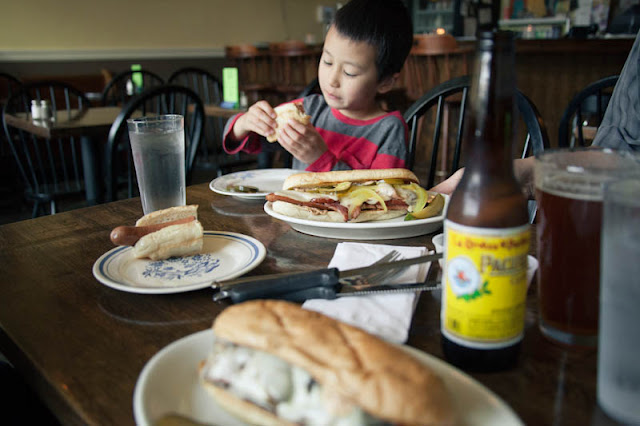 After dinner we stopped by a special Art Show for Thomas’ after school program. Kei took the kids on a (very quick) tour of the candy bus while I quickly headed home to be there in time for my Karaoke carpool.

Apparently I missed seeing the Llama and still only made it back about 10 minutes before the rest of the family. I’m a little sad about that. A Llama would have been a good addition to my birthday story. 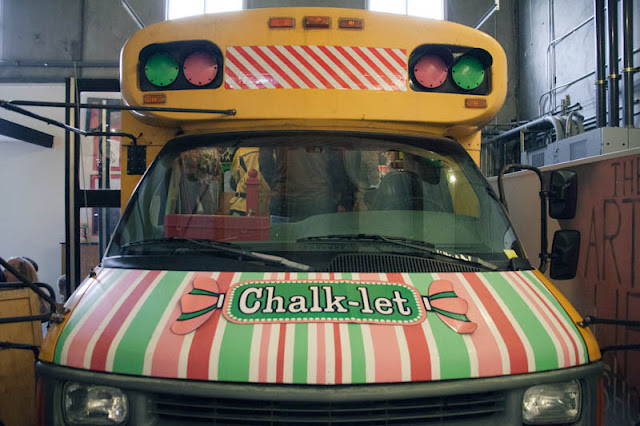 OK – even I’m getting tired of the photos at this point so I’ll come back tomorrow to share some more highlights from the weekend. Hint: it includes a lot of singing, a delicious dinner and watching some heroes save the world (or New York, at least) from the front row of a movie theater. 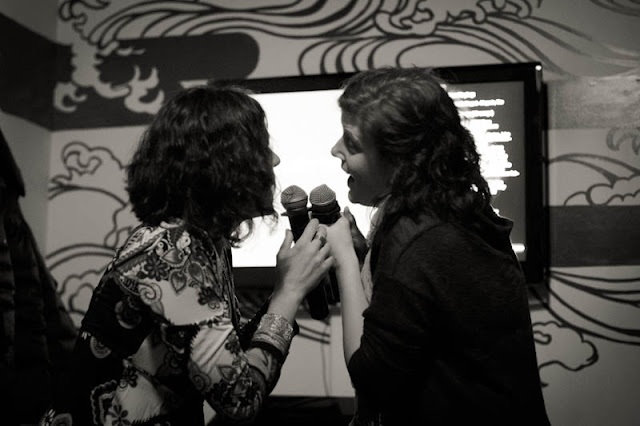 This entry was posted in Life, P365, Photography, Portland. Bookmark the permalink.