This is what I posted on Facebook over the weekend:

Batter grabs the ball while he’s running to base. Runner hit in the helmet by a flying ball. Thomas runs back to home to drop off his bat politely rather than just dropping it. None of the kids know where to run. First T-ball game is nothing if not entertaining. You never know what’s going to happen.

I wrote a post last year about how I never feel quite as close to being an American mother as I do when I watch Thomas play T-Ball. There’s something uniquely cultural about this sport that draws families together to cheer on their six year old’s as they blindly run from one base to another – or don’t run to base and have to be led there by hand, which happens about 50% of the time during the first game of the season. 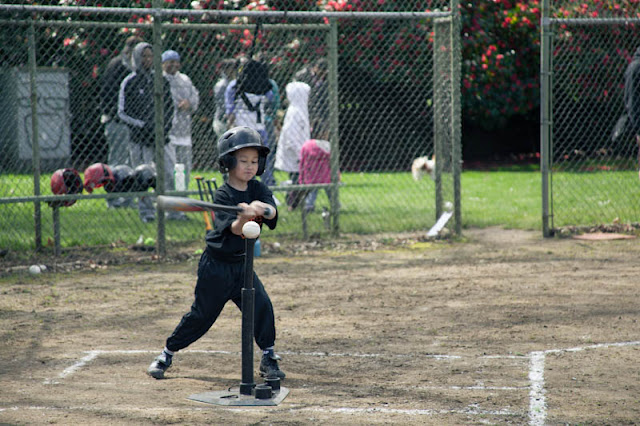 This year Thomas is playing for the Giants. I’m a little disappointed that he’s not playing for a team with a more colorful uniform, but I like San Francisco so it’s not all bad. 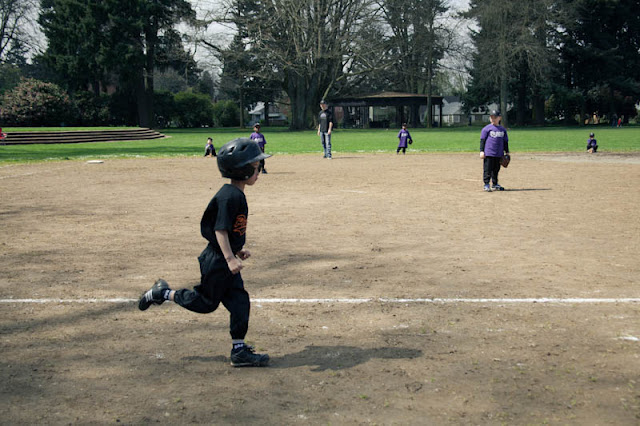 On second thought, now that I’m looking at those purple uniforms in the background, maybe a whole season of black is not so bad. As you can see, I’m focusing on the important things.

By the way, I’m pretty sure there’s nothing cuter than a bunch of miniature t-ball players on a massive baseball diamond. 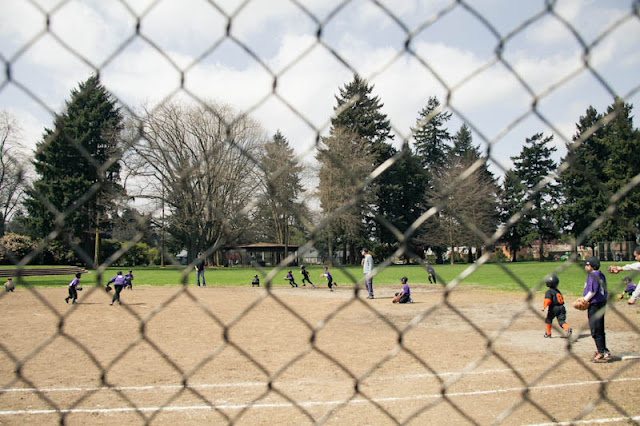 Thomas is number 10 this year and, according to him, the best player on the team (no self-esteem issues with my child). 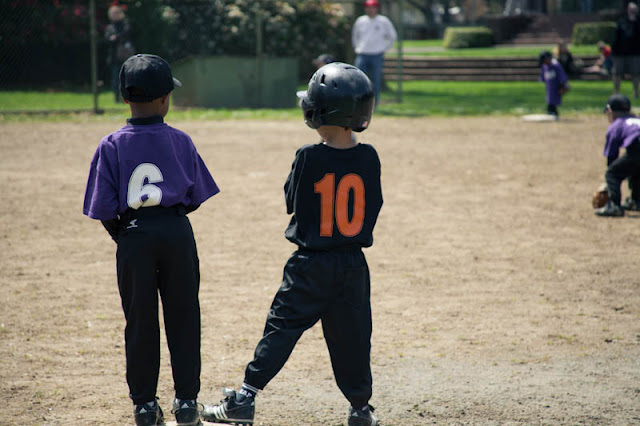 The kid loves to run… after he works out where he’s supposed to be going. Good thing there’s no winners or losers in six-year-old baseball. 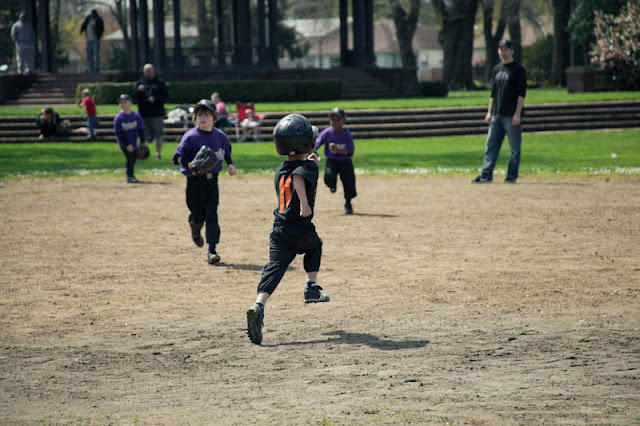 The only problem we have this year is that Samuel is suddenly old enough to feel left out. He’s already asked to play T-ball next year. In the meantime, we spend the game hanging out by the fence in his ninja mask and taking breaks every now and then to find a little inner peace. (I promise that I did not set this up). 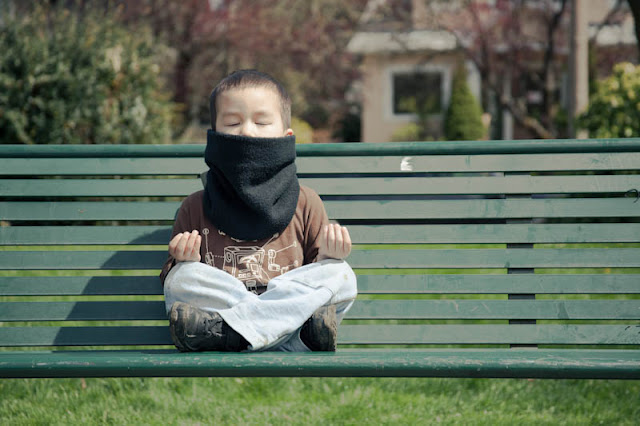 It occurred to me that next year we’ll have to juggle swimming lessons AND two games of T-Ball each Saturday. I think I’ll be looking for a little inner peace of my own.