This is the first in a series of posts I plan to write about traveling internationally with small with children. I decided to write this series partially to share the information I find myself  giving friends and colleagues on a regular basis, but mostly to help make the time until my vacation move just that little bit quicker.

I may have mentioned once or twice that I’ll be heading back to Australia soon for an extended vacation. I’m very lucky that the fabulous company I work for has rewarded my years of dedicated service with a lengthy, although well-earned, sabbatical.

The catch is that this time I’ll be traveling at least one leg of the trip alone with two children. Secretly, I’m looking forward to an adventure with my boys, especially now that they’re old enough to enjoy it and both are fully potty trained. At least I say that now, I may have a different perspective after 13 hours in the air or even just two hours of layover at LAX

This will be my 6th international trip after having children so, clearly, I’m no rookie. And the one thing I’ve learned from past experience is that there is no substitute for proper advance planning to ensure a successful trip. That doesn’t mean it can’t all go horribly wrong (see our last trip to Australia part 1, part 2 and part 3), but at least if it does go wrong it (mostly) won’t be my fault.

So, here I share three things I am doing now to help ensure a successful flight before we even get to the airport.

1. Choose your airline and flight duration wisely – and pay extra if you have to. 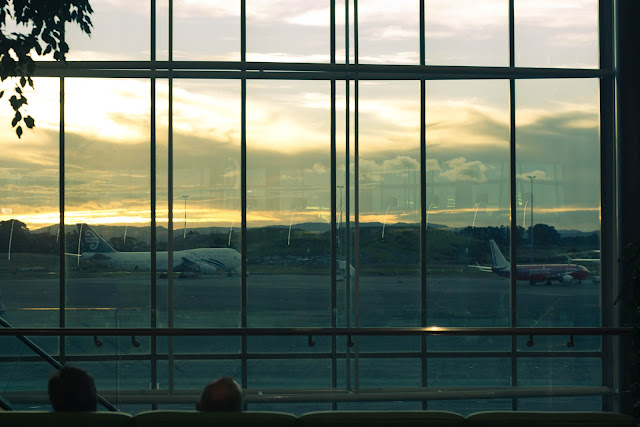 There was once a time when I would scour the internet for the cheapest flight because, honestly, who wants to pay an huge chunk of change just to get to their destination a little earlier? Well, all I can say is that choosing a shorter flight with an international carrier is well worth the extra expense. 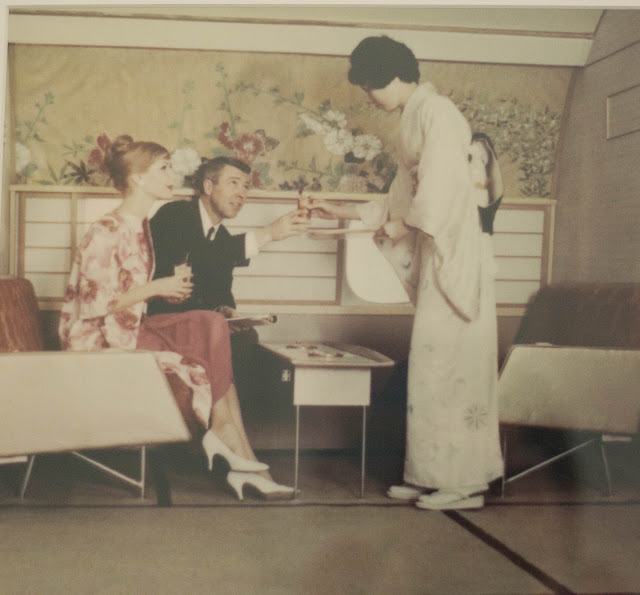 Photo of Japan Airlines in the 60's. If only traveling were this pleasant now. 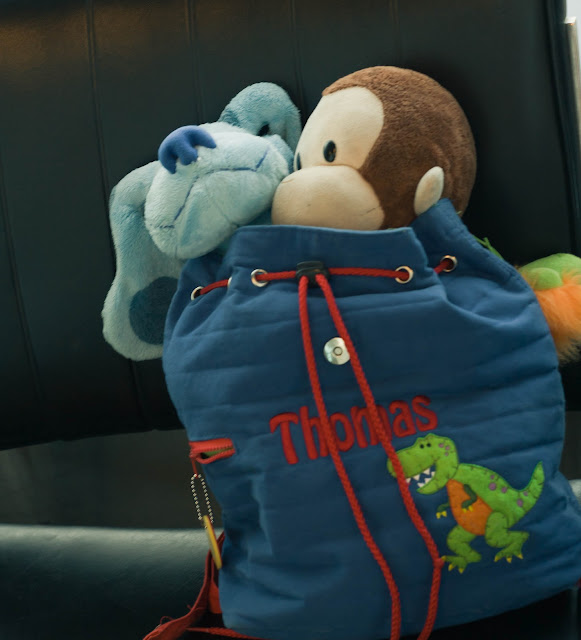 This is the one step that I struggle with every time, but my goal (as always) is to pack as little as possible in our checked luggage and carry on’s. This will also be our first trip without a stroller which, while cumbersome, came in very handy when transporting tired children and all of our stuff during transfers and layovers, so it’s more important than ever that I carry as little as possible. Here’s what I plan to take on the plane.

In addition, I’ll try to fit everything else into one piece of checked luggage, although I suspect this may be difficult because we’re traveling to an Aussie winter. On second thought, two lighter pieces might be better than one humungous one. 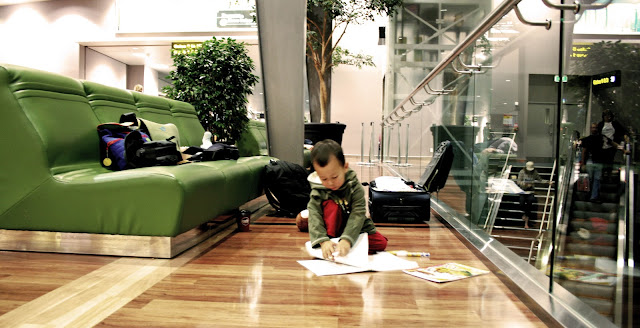 Our first trip to Australia with children was when Thomas was just two months old and, of course, traveling with a two month old is a lot different than traveling with a six-year-old (a two month old is easy). We took our last trip just before Samuel turned two and it was challenging to keep him occupied. I anticipate that this time will be a lot easier now that the boys play well together and are interested in drawing, coloring and watching movies.

Another big advantage this time around will be the advances in technology that will allow me to offer up a movie-filled iPad, as well as the iPhone if they need some time apart. I’ll save the kindle for myself. 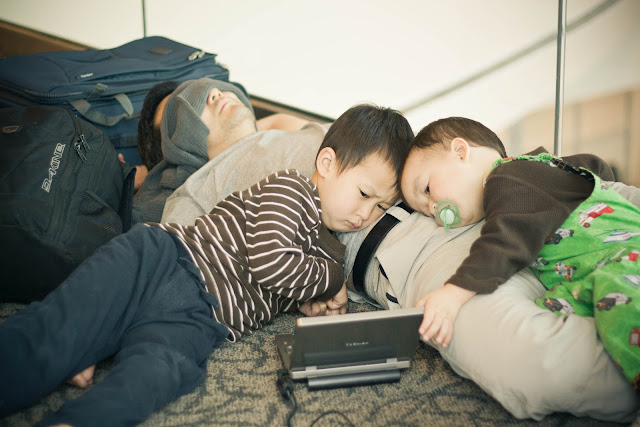 My plan, however, is to save the iPad as a last resort and instead try and fill their time with age-appropriate books and toys. I’ve been taking a mental note of things that they’re interested in right now and squirreling away a few books and activities in preparation. For Thomas, I plan to take a couple of level 1 readers that he can (hopefully) practice reading to Samuel. I also found some Ninjago comic books with lots of pictures that will keep them interested if I need a break from reading.

As for toys, both Thomas and Samuel love creating worlds with their Superhero/Star Wars/Ninjago figurines. They’ll take some from their existing collection but I’ll also bring along a couple of surprises to share at a strategic moment.

The thing to keep in mind is that you can never be 100% sure of what will most grab their attention. For Thomas a few years ago, it was a few Wiggles figurines that kept him entertained for (literally) hours. On another trip it was a dry erase activity book that saved our sanity. The key is to bring a variety of small items that don’t take up too much room, but provide them with options so they’re less likely to get bored.

So there are just a few of the most important things I’m doing to prepare in advance of our trip. In the next few related posts I’ll share tips for staying sane in flight and during transfers, as well as some of the kids travel items that I’m counting on to help keep the kids entertained. 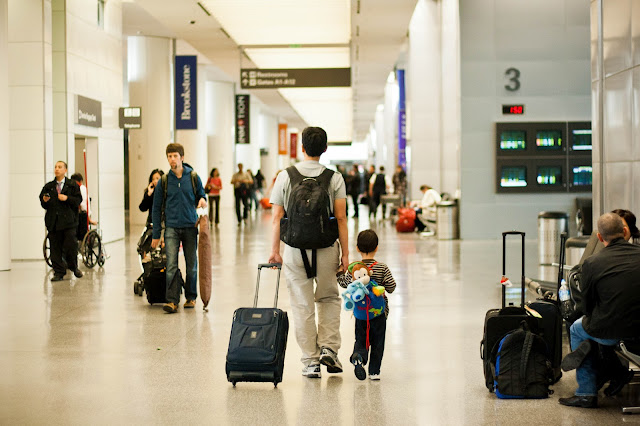 This entry was posted in Children, Motherhood, Travel. Bookmark the permalink.