We did the pumpkin patch early this year for a few reasons:

We skipped the Pumpkin Patch last year. Having just returned from a couple of weeks in Japan, it was just a little too much. This year we decided the more the merrier and invited our friends Amelia and Alison (and their Mum Suzi). Our destination? Plumper Pumpkins Patch. 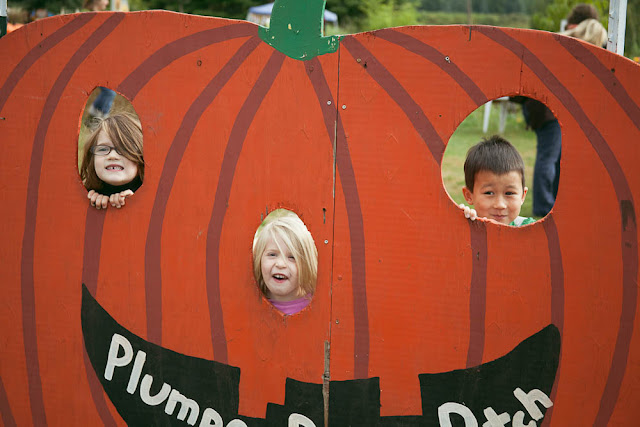 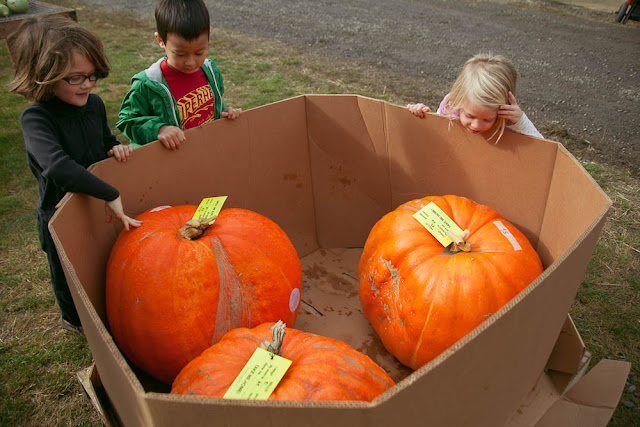 I promise Samuel was there – he just started the day a little camera shy. 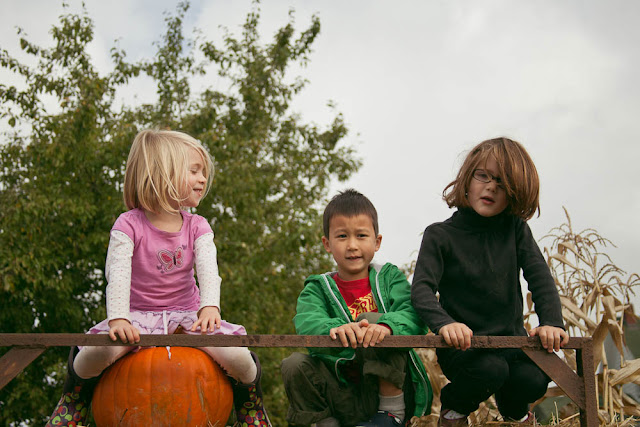 And a little tractor shy. He and I walked behind the very-slow-moving vehicle. 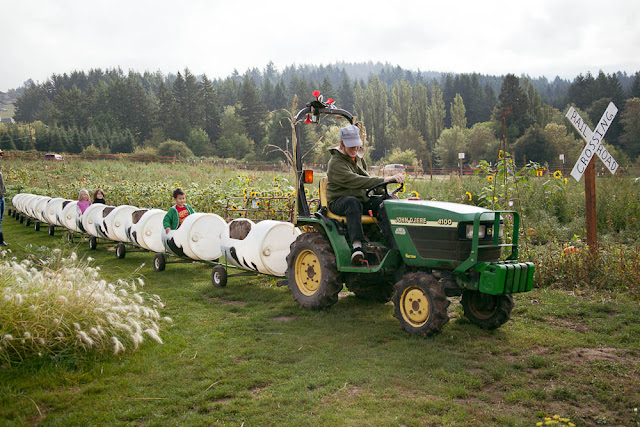 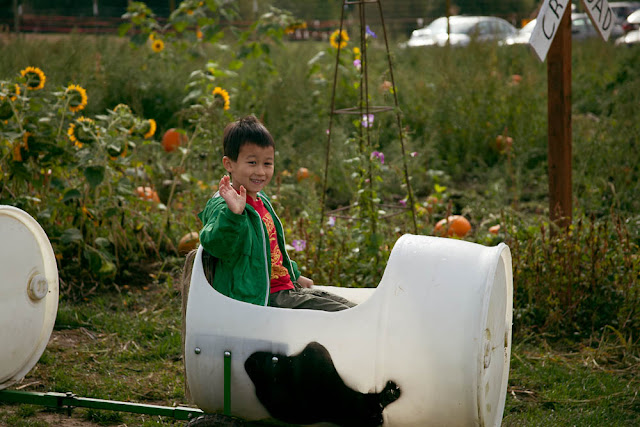 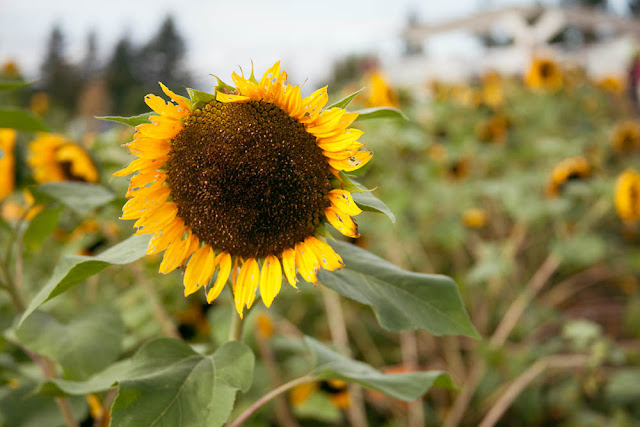 The best thing about plumper, besides their good selection of carve-worthy pumpkins, is the number of kid-friendly activities they have available. We spent at least a couple of hours exploring corn mazes, sliding down hay bales and saying hi to some farm animals. I tried not to think to much about the fate about to befall the dozen or so turkeys.

Oh, and before you peruse the rest of the photos, I want to point out one small thing… Neither of my children are wearing sweat pants – the first time this has happened in…well…ever! Sure, it was mainly because I was yet to do the laundry and I refused to allow them to wear pants with holes in the knees, but I consider this a HUGE accomplishment. They’re both very attached to their “soft pants.”

Bonus point to Samuel for managing to dress himself in pumpkin colors. The perfect choice for blending into corn mazes. 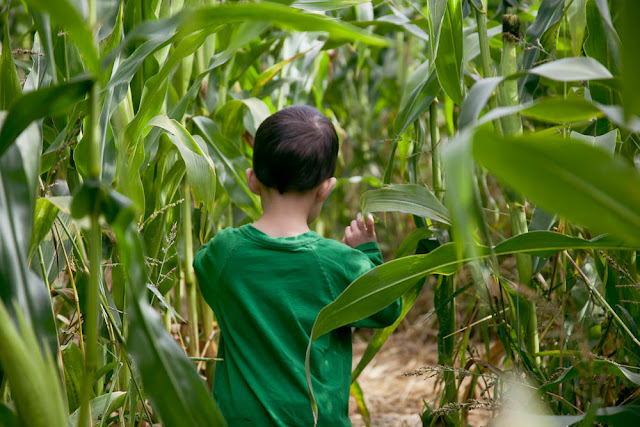 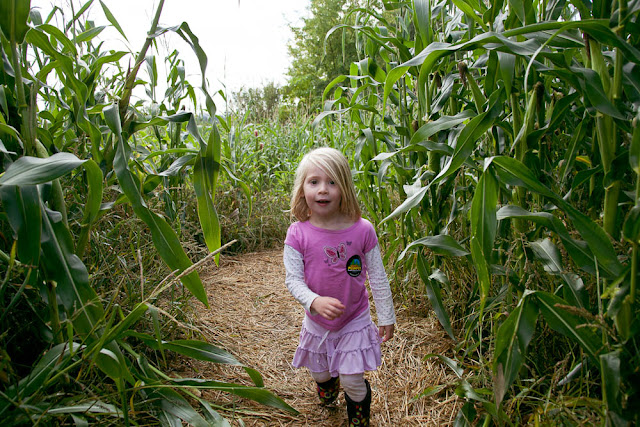 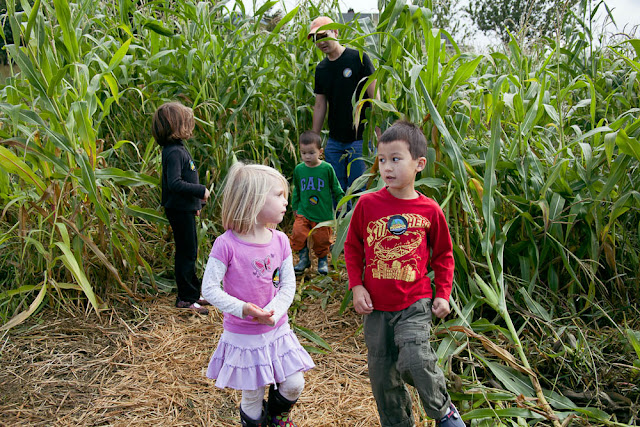 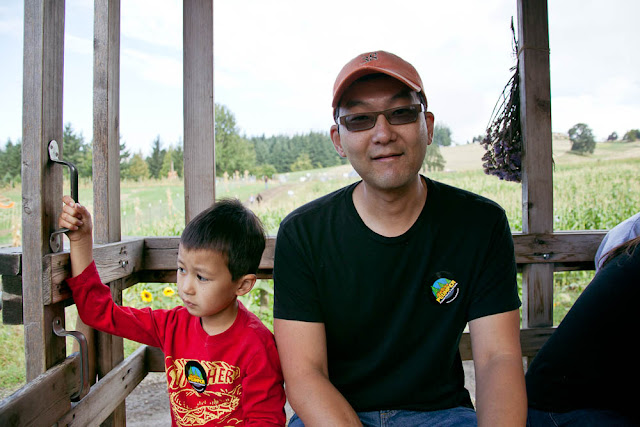 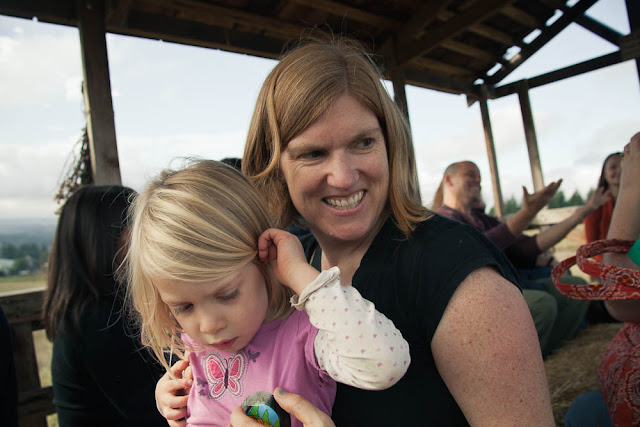 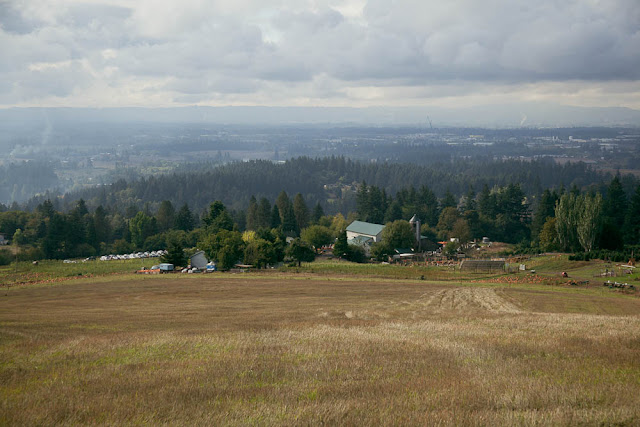 Obstacle Course and string maze (harder than it looks). 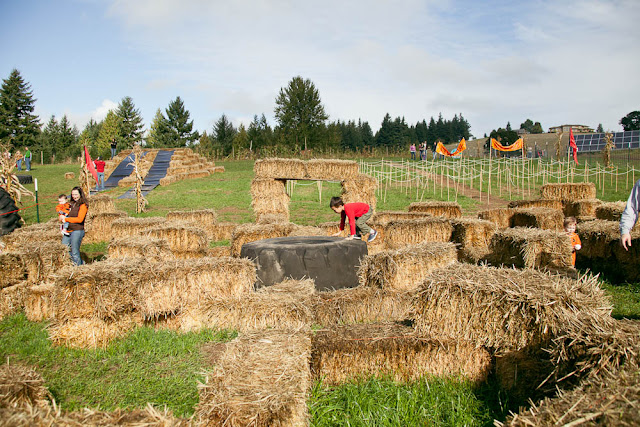 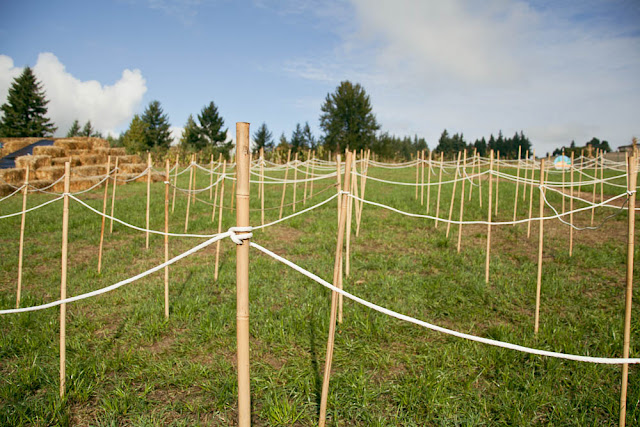 Races down the hay bale slide (faster than it looks). 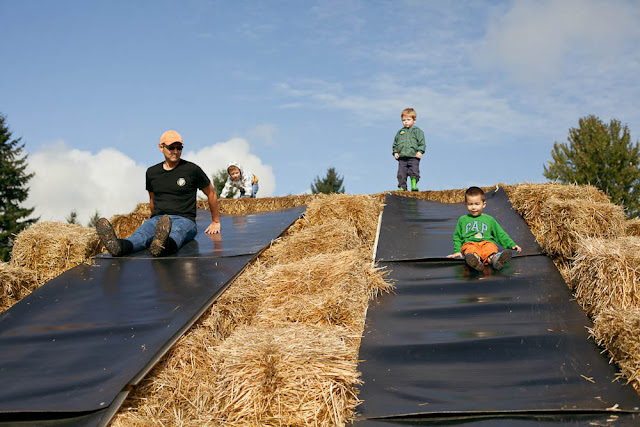 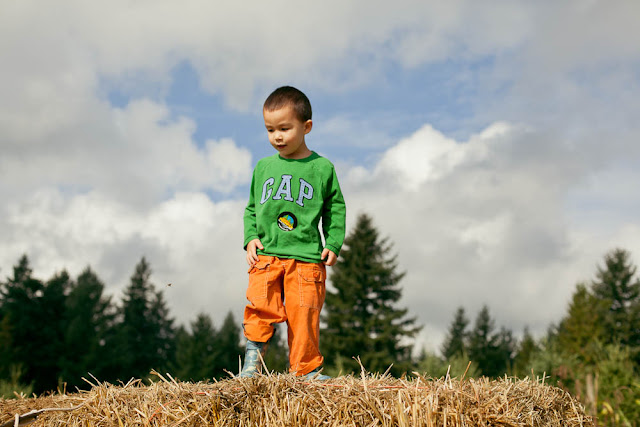 Farm animals (smellier than they look). 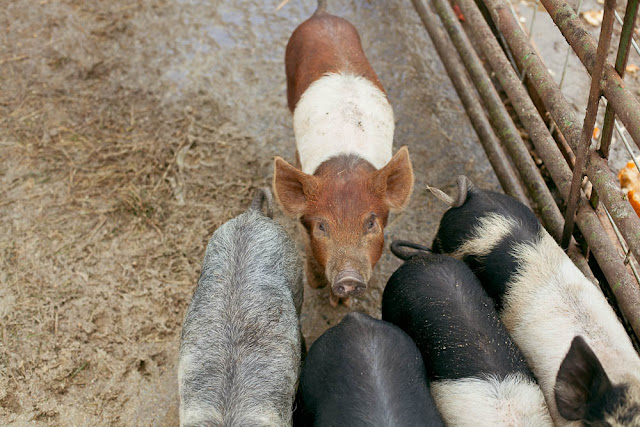 And the duck races. 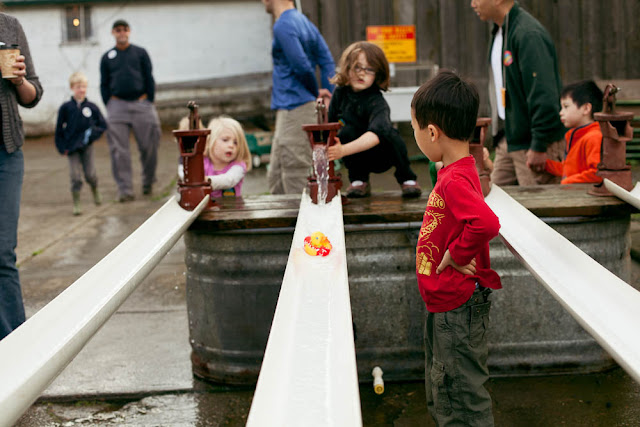 Finally, after a run through the kid-size hay maze, we were ready to pick out our pumpkins. 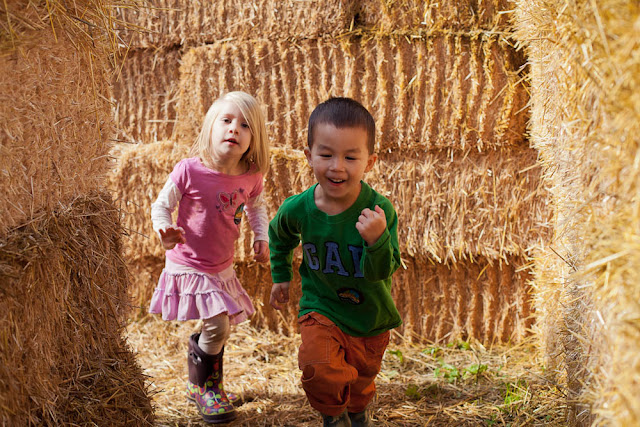 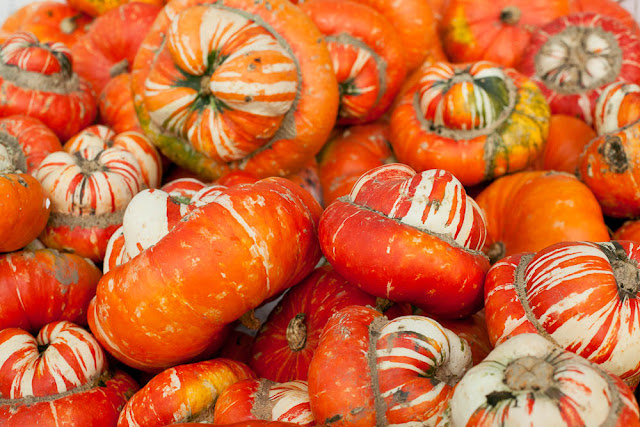 Not those ones, of course, they’re just pretty to photograph. Then it was off to lunch where the impatience of a long wait for food was eased a little thanks a little invention from Steve Jobs that we like to call the “sanity saver”. 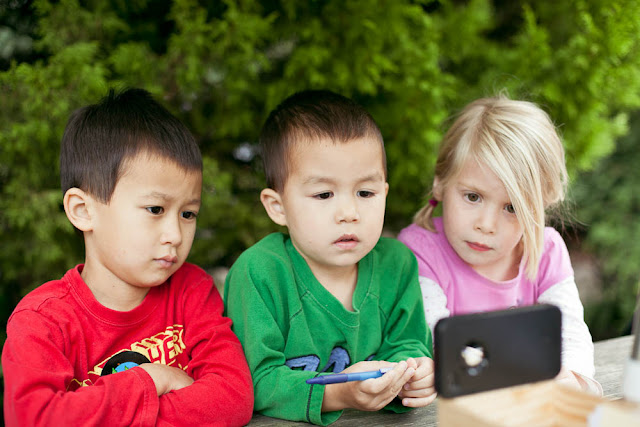 A fun day with friends. Now to find a little time to carve my pumpkin. I think I might carve a ghost design this year.